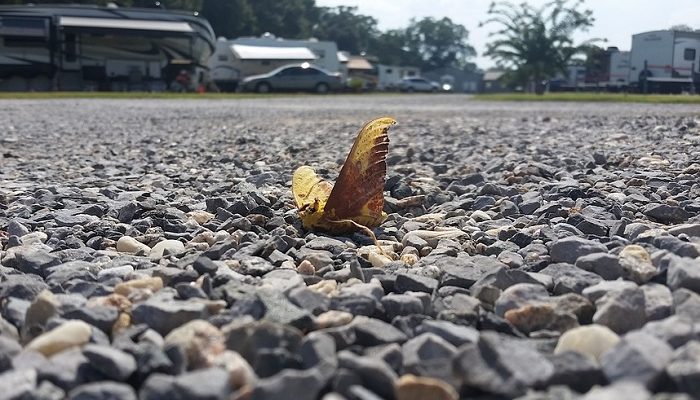 For the beginning of this piece, we will say two things – first, we all know that all beings in the Universe mean something for us and that they are giving us the answers and guidance, or they are our warning signs that something bad is going to occur.

Second, some of those Universal Signs are not so good, and you know that when you see one of them that trouble is on the way.

There are a few of these signs, and one of them could be a black raven that stands near your house, for example – it is said that it symbolizes death.

In the same category, we count in the Death Moth – he has a discernible scalp design over his wings and the capacity to squeal aloud if provoked.

Just these two things that are connected to this insect are scary, and you could imagine the message that he is carrying for you if he comes close to you.

But, do not be in the urge to kill it, but try to acknowledge its presence in your life, and ignore it, the best way you can.

This and much more interesting aspects of this insect you could find in the article that is in front of you.

When you see any of the traits that are associated with the Death Moth – he has a scary name, appearance and the sound that he produces; but the worst part is his meaning when we put him in the context of communication with people, on some deeper level.

It is said that this type of insect is often connected with the most unfortunate of meanings.

There are numerous art pieces that used a Death Moth as a motive in their work if they wanted metaphorically to show the intensity of something that is evil – he is connected to the worst evil possible.

Still, this insect belongs to the family of butterflies, as all moths do, but this is one special kind that still has interesting wings, but he is far from the beautiful butterflies that bring us joy and happiness. 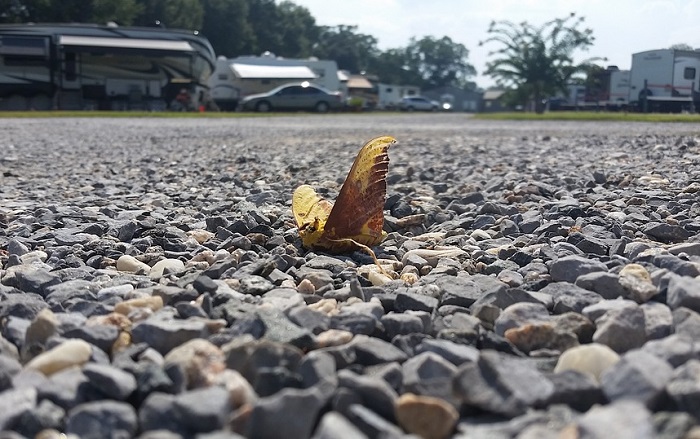 His meanings and symbolical values are strong, regardless, and many people without a doubt believe that there is something in the event when they encounter the Death Moth.

To look at things objectively, first, we will say that the Death Moths are connected with diverse beliefs and motives, like for example emotion, frailty, growth and loss, restoration and the mortal soul that can transform itself in many shapes and forms.

Following this lead, it is not hard to see that moths, and among them, the Death Moths find their place in various spiritual narratives.

They emerge as a popular motive in many cultures around the globe – and in different countries, they have different meanings; all of them are equally interesting.

Primarily, the Death Moth is connected to the idea that he is the one that goes from one reality to the other and he sends the messages from one world to the other; he connects the two worlds, the living and the dead (hence, its appearance).

There is a one-story that his sound comes from the fact that the Death Moth has come back from the dead and that he is so “traumatized” with what he has seen there so that he produces such scary sounds.

So, his meaning is that he is the personification of the spirit of a dead human being.

The fact that they appear at night since they are nocturnal beings makes them even scarier, but as all Moths, these also are very attracted to the light. There is no confirmation why they are going toward lights, but some say that it is their protection.

And here comes the paradox – Moths are fascinated to the light, but at the same time it is their demise, cause it burns their wings, and the Death Moth is not any different from other kinds.

Moths always gather around a light, and they often stay to close to it that the warmth of the light burns them, damages their wings or even kills them.

The Symbolism of Death Moth

The Death Moth is compared to delicacy, vulnerability, temptation, enticement, lethality and intensity of all things in life that are leading us to bad and good things at the same time.

In symbolical system, such traits depict lethal appeal, feeling and craves and it makes them scary and fragile at the same time.

Even the squeaky Death Moth is a tender being that does not have any shield to protect himself, so they are very fragile and easy to kill.

Indeed so, moths are gentle creatures who are, even if we include the term death to them (in the sense of ending something) are affiliated with conversion and versatility.

They also show us that death is a part of the journey and that stages of life (that are usually connected to butterflies) are also part of their lives, but with the accent on death or the end.

The Death Moth speaks of restoration, rehabilitation and even reincarnation – it speaks of the redemption of the spirit.

In this sense, the Death Moths are generally considered to personify spirits of the departed, both physically and mentally from us; the point is in the space those people left behind. They are the “ambassadors” of the opposite front – they are surely a warning.

If you ever see one Death Moth in unforeseen situations you should know that outside world has something to tell you; and you maybe would not be able to see them right away (maybe you will hear them first), since they are rulers of deception.

As the majority of Moths, they are also able to blend with the surroundings.

Here we come to another symbolical value of the Death Moth – they are a traditional representation for mask, deception and accommodation.

In any case, do not have prejudice, but read what they are saying to you.

So, you are wondering how can these beings be a good sign, since they are related to the information that originates from the other system, and many say that they come to us with the advice from people who love us and are no longer with us.

So, like everything, you can look at this “unpleasant” and scary event, like on something that is a bit of bad luck, but still, is not a wonderful idea the fact that you have the chance to speak or communicate in any way with the people you have lost? Think about this.

The Death Moth, like all other kinds of such insect, is similar to the lovely Butterfly, but the messages that they bring to us are different – everything that is connected to this kind of Moth is covered in mystery and maybe scary for some.

These night beings have been the source of a scare since forever, but now we know that they are not the death itself, they are the messengers that speak to us and have the passage to that other world that is beyond our reach in normal circumstances.

His body, wings and sound may be too much for some to accept, without thinking that something bad is going to happen, but they do not have to be seen as the evil portent.

Today we understand that the Universe can speak to us in various ways and that all creatures that live on this planet have their meanings, and are meaningful to us, as some of them, just like a Black Moth could take us to places that we would not contact in some other way.

At times, they are related to the substance of sinister souls, but now we know that this is not true.