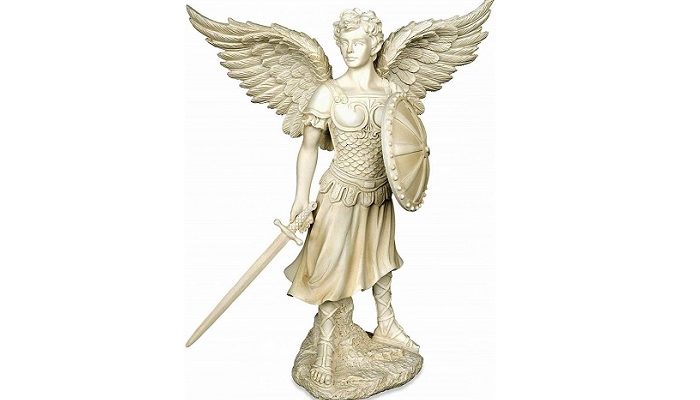 There is no doubt that people all around the world, every day have spiritual experiences, but they are not sure that they were the witnesses of such occurrences.

They sometimes deliberately suppress these emotions, not waiting to see the bigger image.

It should be kept in mind that children are spiritually much more open-minded, especially when they are still very young -Angels often approach to kids then to older people who already have some experience in life, and are filled with doubt.

Many of them see angels, though they mostly forget about it later, this just proves that Angelic beings are among us and that they approach the pure souls who now how to accept them.

In the Angel world, the healing process takes the important place – they are called by the Guardian Angels, and they enter our life when additional help is needed for us.

In the Hierarchy of Archangel, there is a large number of Angels who are in our lives when assistance is needed, and there is one name that you have heard for sure – Archangel Michael.

Read more about him, and his properties and purpose in life, along with the colors and signs that depict him.

Who is Archangel Michael?

If there is one Angel that you will call first, it is definitely Archangel Michael who will help you at your first call and at your first need.

He is always in front of all others, waiting to be the first who will help humans, or be their demise.

He is one of them, but in some way, he is a leader – he gives a strong energy field of such love and under such strong protection that no one can hurt you in any way.

According to some traditions, and according to Church, Archangel Michael was the first to fight the evil spirit, and this name, according to church interpretation, signifies “one who is like God.” 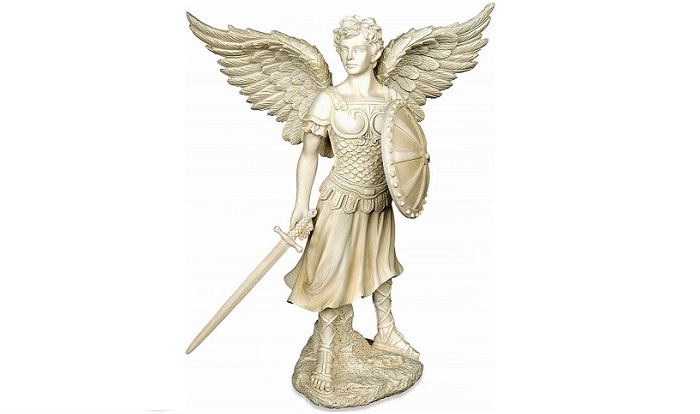 It is said that Archangel Michael is almost perfect, and he has the right t speak in his name, to spread the word of God.

What is the purpose of Archangel Michael?

He is present in the world of humans with the sole purpose to help us, to let go of your fears and doubts about yourself, to strengthen our faith and perfect our soul.

He is the one who is in charge of our development and for the process of finding leadership qualities with ease. It will protect you from all dangers, whether spiritual or physical (from car accidents, crashes, robberies, physical and psychological attacks, from unscrupulous, insincere people and inconvenient situations).

Archangel Michael is in charge of all situations in which we should take the lead and make some decision.

The first among the archangels Archangel Michael on the icon presents himself as a soldier – a duke, with a sword or spear in his hand, and popular belief assumes that he comes and takes human souls when the time has come.

So, he is in charge of us when our time is up, and he is there to take us to the other side. Archangel Michael is considered to be the guardian of the faith and a fighter against heresy – he will come to all of those who do not believe, or even worse to those who believe in false gods. He is the one that shows the way, and who should be followed, without any questions asked.

And on top of all other things – Archangel Michael is the one that most people talk to, and he is the one Angel that has healing abilities; he visits all the patients and if he gets to his feet – he is not well, and if he is at his head – the patient will heal. This is an incredible way of getting to know this, Angel; healing is the property that is given to the best of the best, and he is that.

What are the signs and colors connected to Archangel Michael?

It is said that this Angel comes to people, and they could use this ritual – imagine number 8, in one half of the number imagine yourself and in the other a certain person or situation. Then ask Archangel Michael to cut off your mutual connection with his sword.

Imagine Michael cutting his sword number 8 right in the middle, and you and the person or situation that was in the second half of the number immediately became separated forever. This practice always works perfectly and helps everyone – you can get rid of the negative people out of your life, especially those who will harm your ad who are nonbelievers.

Archangel Michael is connected to the winter and autumn, according to an old belief, he will shield the ones that are cold and who need protection form a hard time.

It is said that at this time the Archangel wanders the world clothed with a beggar to bail out the unbelievers and help the needy. In this sense, it is said he brings the change of the weather conditions on this day, and one can determine what the year will be like.

There are a belief and custom among many Christians who glorify Michael that, since they consider him a living saint, they do not store grain, which is unjustified and inaccurate. It is necessary to prepare the grain for glory, for all the saints and all the dead are alive before God.

His meaning means “one who is equal to God.” In the pictures, he is presented as the commander of the Celestial Army. This is the Army of Angels, but not the ordinary ones, but those who are closest to God, ready to protect him by all means, and Archangel Michael is on the front of that army, as the leader and the best of the best.

In his right hand, he holds a spear, which defeated Lucifer, who represents Satan. In his left hand, Michael holds a green palm branch, as a sign of peace and victory.

So, at the same time, Archangel Michael is the warrior that could be ruthless, and he is peaceful and calm – whatever those who are below him deserves because he is there to speak of the truth and the God-world, and his values.

This is the color of victory but is also the color that speaks of good things and values that we should follow in life.

As we look at to his representation in the body, it is the body and the neck – often he is seen in the icons, here he is cutting the throat to those who do not believe and spread heresy.

As some interpret this, he is in charge of all those who use their voice – singers, etc.

There is one story that says that Archangel Michael could take you your voice if you speak lies and insult God – he will cut you with his sword across your throat.

In the end, we can describe Archangel Michael as the Angel who keeps the faith and fights heresy -he is the leader, and he protects us and heals us from all problems in life, temptations, and he is in charge for those who have missed their path in life and followed the wrong Gods.

On icons he could be seen as a warrior with a weapon or spear in his hand, he comes and takes human souls when the time has come.

Archangel Michael is estimated to be the defender of the church and a fighter against blasphemy.

He is the healer and protector of the hungry, and poor. He can predict the time and can tell you what time will be in the next year.

In so many ways, he is an inspiration – for all those who want to be leaders and make it n the top, but never forgetting the image of God and his ideas.