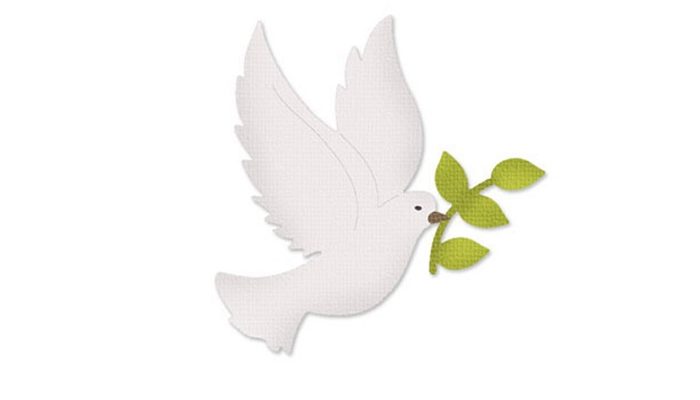 A dove with an olive branch in its core represents the symbol of peace. The dove of peace encompasses all the countries of the world and is a sign that was adopted once the Second World War ended.

But this symbol is much older, since already in the Bible appears for the first time in the story of Noah’s Ark, being responsible for seeing what was the state of the world after the universal flood.

There it is written that Noah released a pigeon to check if there was solid ground, after the flood, and it returned with an olive branch in its beak and a message: “God was again at peace with men.” Then we could say that this sign was adopted that was already part of history to symbolize peace between countries.

In 1949, the painter Pablo Picasso participated in the World Congress for Peace and designed the poster of the congress with the lithograph of a dove resting on the ground and then drew another with the dove flying with the olive branch in its beak. Then the dove of peace became popular and spread everywhere.

In today’s text we will touch more on the subject of this popular symbol and see how the white dove became a universal symbol for peace and good relations.

Dove Symbolism in the Past

The dove plays the role of the Good News Ambassador in the biblical Deluge story: A dove left by Noah returns to the ark with a fresh olive branch in his beak (Gen 8, 11 EU).

Already in antiquity pigeons were considered to be particularly pure, because one believed that they did not possess a yellow gall, which was valid after the tenet as the seat of the evil in the human body.

In various Baroque fairy tales, it was pigeons that created peace in the “War of the Birds”. In the late 17th century coins were often stamped with doves and olive branch. The dove thus became the political symbol of peace par excellence.

The Dove of Peace was designed and lithographed in 1949 for the Paris World Peace Congress by Pablo Picasso. Some texts say that Picasso was inspired by the story of Noah’s Ark. Picasso himself used this motif several times for some of his other works.

Since then, the Dove of Peace has been a worldwide symbol of peace and the peace movement. She inspired authors of children’s songs as well as graphic designers and artists who used this symbol for her work.

After the Second World War, people from all over the world met in Paris to fight for peace and preserve it in the future. 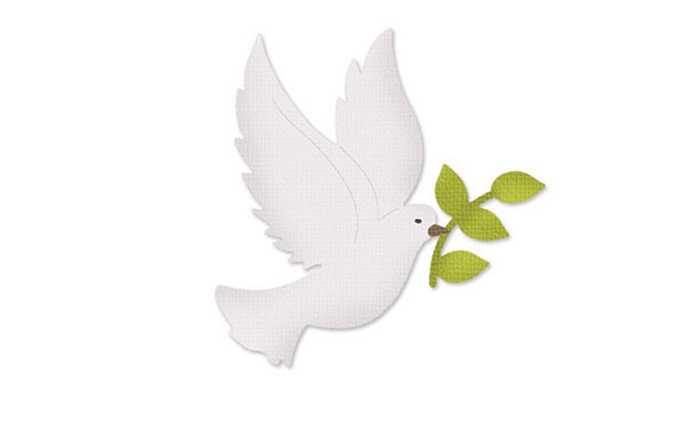 The symbol of the peace dove has no behavioral biological equivalent, since pigeons in comparison to Falcons are among themselves very aggressive and aggressive animals. They just cannot make humans dangerous.

The most famous peace logo, the white dove on a blue background as a symbol of the peace movement, was designed by a Finnish graphic designer based on a photo of the dove of a Finnish magician.

The dove plays an important role in the mythical tradition of the various religions. In ancient Greece, she was worshiped as a love bird, the goddess Aphrodite sacred. In the Germanic area, a dark pigeon was considered a bird of death.

In the Judeo-Christian tradition, the origin of the special meaning of the dove is well founded in the story of Noah, who sent a dove after the flood, which returned with an olive branch. It became a sign of reconciliation between God and man. Noah’s dove, flying over the waters of the flood, is figuratively interpreted as God’s Spirit, hovering like a bird above the primordial flood of the beginning.

Christian art uses the image of the dove wherever it is spoken by the Holy Spirit, even though in other biblical stories only a very few passages speak explicitly of a dove in this context.

As a symbol of the Holy Spirit, the dove appears on depictions of the Pentecost event. And in scenes of proclaiming the birth of Jesus, the Spirit comes in dove shape to Mary. But also in representations of the Trinity, the mind is represented as a dove between the two persons of father and son.

Dove as a symbol of Peace

The dove was never limited to Europe as a symbol, although the imagery associated with it (as shown) is deeply rooted in Christian iconography

. The peace dove is today a globally understandable sign. It is by no means only depicted by Christian and communist groups, but is also used as a sign by numerous differently motivated movements.

The Finnish graphic artist, who in the mid-1970s stylized one of the world’s most widespread peace-dove motifs – a white dove with a split tail on a blue background – is although not as famous as his predecessor Picasso. But the dove symbolism remains current: it has become (indirectly) important even for the recent efforts to strengthen a common European identity.

“In the imagery of this (by no means only European) protest movement was once again the towering Importance of the Dove of Peace – while the then incumbent US President George W. Bush in connection with the Stars and Stripes of the United States advanced to the central enemy image, airplanes, bombs or the American eagle acted as negative connoted counterparts of the white dove.

However, in the digital age, this image production was not dominated by an artistic genius such as Picasso.

Rather, a mass visual culture evolved that was strongly influenced by the fast pace of the Internet. All the more remarkable seems the fact that the ancient symbol of the dove was also in the postmodern image productions of importance.

Many of the demonstrators, but also the Pope for example, continued to rely on the visual power of the white bird in spring 2003, when the initially anticipated and then actually carried out attack by an international coalition under the leadership of the USA on Iraq dominated the mass media throughout Europe and worldwide

. By the way, another important symbol of the anti-war demonstrations was the rainbow flag with the inscription “PACE” (Italian for “peace”).

Other symbols of peace

According to UNICEF, the olive branch is another symbol of peace that humanity has been using for a long time. This comes from Greece, which at that time symbolized abundance and victory over evil spirits.

There is also an icon and symbol known to all and created in 1958 by Gerald Holtom, an English graphic designer, for a campaign in support of nuclear disarmament, which became known worldwide to symbolize peace in the 60s through the hippie movement.

UNICEF explains that there are more symbols such as cranes made by origami and the classic designs of origami, the Japanese paper folding technique.

The legend tells that whoever manages to join 1,000 cranes of paper with threads will see a wish fulfilled. They also became popular as a symbol of peace after the Second World War.

Peace is also usually represented, as a symbol, with hands painted white and outstretched that usually show the palm. It is a gesture of peace that rejects violence, and terrorism.