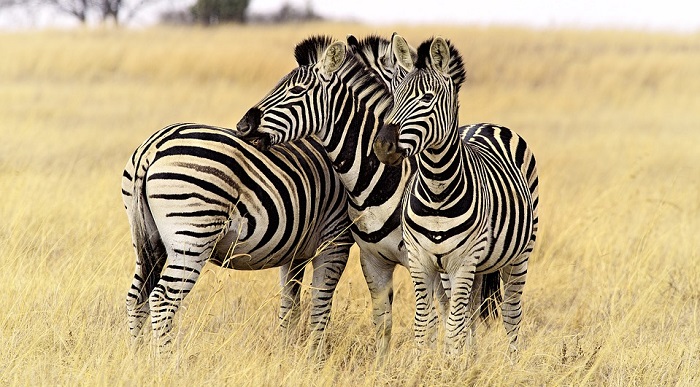 Zebras are truly fascinating animals. With their fashionable black and white coat, they roam accros the savannah, completely blend in the amazing African scenery and inspire many stories and sayings.

These black and white beauties only live in Africa. Therefore, most of beliefs, superstitions and interpretations of zebras’ symbolism originate from local tribal folklore.

Far back into past, people would travel to secret and mysterious African lands or exchange stories with other travelers of the world unknown.

They would tell stories about strange striped horses and a few listeners would believe them. Zebras are featured and described in old bestiaries, but long time has passed until it was introduced to non-African people.

Zebras have been fascinating people for ages. African tribes have always admired and loved the magnificent creature.

In some areas, zebras were worshiped with a lot of passion and admiration. In other parts of the world, zebras are often used as a symbol, because their distinctive appearance makes them both catchy and easily associated with different important concepts.

Zebras represent many things, in Africa, as well as in other countries zebras do not inhabit.

They are covered with striped black and white fur, along with the pointy, sharp mane of same colors. It appears strange to people unfamiliar with savannah landscapes, but their remarkable fur actually helps zebras completely disappear in Africa’s grass and thicket.

Zebras are collective creatures, they live and move in herds, they are fast and of a tricky nature. Most of the time, zebras are calm, but they could act unexpectedly. They are careful and alert, always ready to face challenges and protect their own.

Community and family life – Zebras are not loners. They naturally live in massive herds and often mix with herds of other familiar animals, such as gazelles and antelopes. Zebras’ power lies in community and unity and they know it. The best way to keep hungry predators away is to keep together and zebras are devoted to that cause. 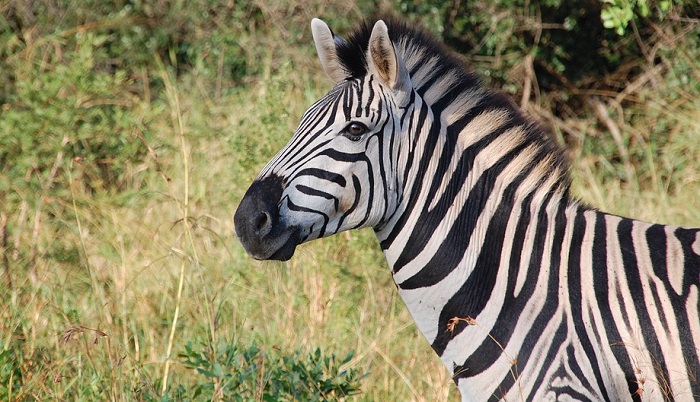 For the same reason mentioned above, they love to always have an eye on their cubs. Parent zebras would never let youngsters go astray and leave the herd.

They keep them close and watch over them until they are strong and big enough to take their place as other guardians of the herd. They are extremely protective parents. Zebras represent family life, parentally love, protectiveness and care.

There amazing evidences of zebras sense of community and protection, featured on camera recordings from safari and explorers’ video clips. It is not a strange phenomenon to see zebras unite to save an unfortunate animal attacked by bloodthirsty predator and to chase the beast away;

Alertness and instinctive acting – Zebras are quite well built and pretty strong in general, but they are not of a fighting nature. They are benevolent herbivores and they represent prey for hungry and agile carnivores, such as lions, jackals and hyenas, for example.

They are smart and fast. These animals are extremely alert; they are always on the watch. They act instinctively, on a first sign of danger, so they are not so easily hunt down.

However, there are many zebras and fewer predators, so the Mother Nature takes care about the proper chain of events.

Zebras were given amazing speed and hearing, so they could react and run away in a matter of seconds. Their speed is actually the only thing that saves them from predators, along their natural sense of community and collective strength.

Most of the time, zebras successfully escape their chasers and blend into the scenery. In symbolical sense, these qualities are much valued. They represent speed and good intuition.

Individuality and uniqueness – Although it is not something zebras would consider important, we do admire them for their interesting and remarkable looks. Jokes aside, zebras really look breathtaking. For most of people, no matter what culture or nation they belong to, zebras represent something that stands out.

These black and white clothed fellows symbolically represent uniqueness and individuality. For westerners and other non-Africans, they are truly exotic, besides that.

It is not strange at all ‘zebra print’ is so popular among fashionistas; it makes you look striking, no matter where you go to. However, this popular pattern became so popular that everyone would wear it and actually blend in the sea of ‘zebra print’ lovers.

It sends another message to us: you have to be an outstanding individual by all means to wear a pattern of so remarkable creature. The conclusion is simple; zebras do represent true individuality and uniqueness.

Freedom and liveliness – Zebras are free and lively animals. They are definitely a remarkable symbol of freedom, because these horse cousins can never be domesticated. Their generally friendly nature is somewhat tricky; they could act without warning, kick people or just attack.

Their bodies and legs especially are quite strong, because they need to be able to run fast in a matter of seconds. In addition, they need their strength to kick of their enemies, even if that is not zebras primarily source of defense.

There were some attempts, but those were mostly white men caprices and they were failure. These amazing, vivacious creatures are never meant to be exploited as common cattle.

We do not drink zebra’s milk, although people would use their remarkable skins or even eat meat. Zebras are still considered trophy animals and the hunt is legal in some African countries.

Zebras are exotic, fascinating and lively, free beings whose untamable spirit runs over the African plains.

Did you know there were actual attempts to cross-fertilize zebras with other, already domesticated animals? Well, there were. Some of these experiments have shown success.

People have created ‘zorse’, an animal that features horse and zebra characteristics and genes, and ‘zonkey’, a combination of zebra and a donkey;

Zebras have always been amazing local people, as well as they enchant people from other continents. Africans were fascinated by zebras’ outstanding appearance, so they have invented numerous stories and legends about them. One of the most popular traditions tells us how did zebras’ got their stripes.

This story comes from Kalahari Desert people San/Bushmen. It goes like this:

A long time ago, when all the living creatures on Earth were still new, a young zebra stallion named Dube, came down the riverbank to drink some water. At the time, zebras’ fur was of the purest, unstained white. A fierce baboon who claimed it to be its own guarded the river.

He would not let other animals drink from it. When zebra approached, the baboon said he could drink water only if he fights for it and wins. Therefore, animals started a long and terrible fight. At the end, Dube had kicked baboon so hard that he flied high in the air and landed on his seat on a rock above.

This story also explains why baboons got their bottoms red and naked.

During the fight, baboon used his long hands and claws and scattered hot coals from his fire towards young zebra. This burned and damaged his perfectly white coat and he got marked for life. However, he was satisfied; he won the fight and made waters of Umfolozi River accessible to all living creatures.

Since that day, zebras proudly wear their remarkable black and white coats.

Zebra as spirit and totem animal

If zebra is your totem animal, you are certainly familiar with all the positive characteristics and symbolism this amazing creature possesses. Zebra totem animal brings free spirit and openness, freethinking and the courage to be yourself, unique and remarkable as you are.

It also teaches you how to be kind and supporting as a parent, a partner, a friend and a colleague. Zebra totem gives you strength of survival and endurance. These are gifts from the zebra totem to you:

People with zebra spiritual guidance are naturally team oriented. They are extremely good working on big projects with other people. However, they know how to mark their place and stand out of the masses.

These individuals are inspiring and creative, so they make valuable and admired colleagues and team members. They also understand all the fun and beauty of family life. Zebra totem teaches you to be a good and loving, protective parent, but not to spoil your children (or your younger relatives etc.).

People with zebra totem are good friends. They are fun to hang out, always on the move, agile, free spirited and original. They know how to make people laugh and present an enjoyable company.

However, zebra’s free spirited nature could make them too open or stubborn. You have to calculate your actions or words, from time to time, in order to spare other peoples’ emotions and keep yourself out of danger.

Zebra totem gives you an incredibly good intuition. Zebra totem people are alert and they act instinctively. Their intuition would rarely fail them. They are able to see through others intentions and to step aside when situation demands that. They know how to keep themselves safe, most of the time.

Zebra’s unique and remarkable appearance is something your totem passes down to you. Although people usually do not have black and white stripes, they find remarkable ways of stepping out of masses.

Zebra people could be eccentric, fashionable and have a specific sense of aesthetics. Zebra totem teaches you to be proud of yourself, to nurture your hobbies and interests and do not let others manipulate you or form your own ideas and attitude.

Zebras are exotic and fascinating, so you would certainly remember a dream about them. These dreams are rare Zebra related dreams usually indicate duality of our life.

Their sharp black and white stripes could be interpreted as symbols of good and evil. Seeing a zebra in your dream might be your inner voice telling you about finding a balance in general.

If you are overwhelmed with different and strong emotions, the time has come to think through it and simply let go off emotions keeping you stressed or down.

Sometimes, you just have to embrace your life path and be content with yourself. Be free and enjoy life, just as zebras travel across savannah landscapes.