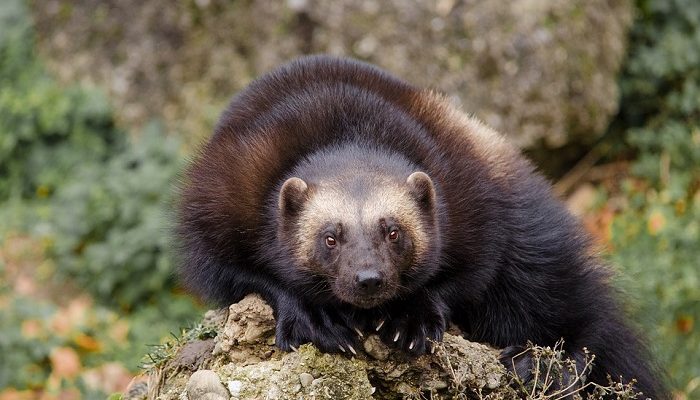 Despite its strange name that raises a number of associations, wolverine animals have nothing to do neither with wolves or a popular Marvel’s character, nor with bears, of which this creature reminds by its appearance.

Wolverines are mammals belonging to the family of Mustelidae and they are close relatives of weasels, badgers, otters and other similar animals.

Its Latin name, Gulo gulo, stands for ‘a glutton’; in some languages, the common name for this animal is exactly glutton. Wolverine is also sometimes spelled ‘wolverene’.

Strange wolverines look like small sized bears, but they are closely related to weasels and other members of the family;

Other common names for wolverines include carcajou, quickhatch and skunk bear. They are the largest of mustelines on Earth. Wolverines inhabit different parts of the world in the northern hemisphere.

They live in unpopulated regions of Alaska, Canada, Siberia and Scandinavia. These creatures are also to be found in Russia and Baltic lands.

Although wolverines are not particularly large animals, they require incredibly vast territories. They are solitary and likely to roam great distances;

Wolverines are tough, very skilful, resourceful and courageous little fellows. They are able to travel more than twenty kilometers a day in order to find appropriate food! Can you even imagine that?

They are also well equipped by a specific tooth characteristic to Musltelidae animals. It allows them to reach to bone marrow while eating meat food.

Wolverines are adaptable omnivores, feeding on all sorts of food, from berries and plants, meat and small prey animals, to carrion;

These resistant creatures are covered with a coat of thick fur that helps them survive harsh northern climate conditions.

People used to hunt wolverines for their fur, but they also kill them by traps because the damage these animals do to humans.  Although they live in wild, their need for vast space make them get closer to human environment. 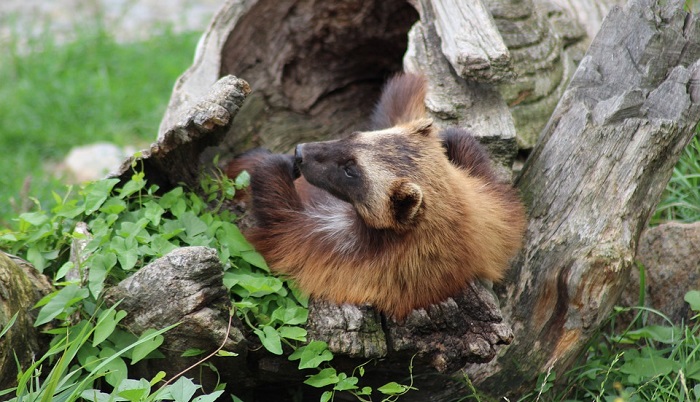 Wolverines’ name is the first thing that covers these creatures with a veil of mystery. English and North Germanic languages have nothing in common with names referring to this animal as ‘a glutton’; these could be translated as a ‘small wolf’, for example.

Norwegian name, which is not as common as others titles are, means ‘a mountain cat’.

On the other hand, Finnish, Estonian and Latvian name mean ‘a glutton’ or something close to that.

Eastern Slavic and Hungarian names are similar in meaning.

While the exact origin of wolverines’ reputation as ravenous creatures is in question, it seems it could be explained simply by etymological confusion;

What about wolverine symbolism? It is interesting to know that many societies use wolverine motifs as a symbol.

The state of Michigan, for example, features wolverine motif in various designs. The state itself is commonly referred to as ‘the wolverine state’.

Wolverines are featured in legends, beliefs and mythologies of people living in northern parts of the world, in Canada particularly;

Innu people living in parts of Labrador and in Quebec believe wolverines are mythical and magical creatures with special, supernatural and even divine powers.

There are several myths and stories of wolverines portrayed as powerful creator deities.

Aggression and violence – People are afraid of these animals, although they are not nor as big or strong as other animals. There is something in their behavior and appearance that make you feel quite uncomfortable about them. The alleged ferociousness ascribed makes them appear even scarier. These tough creatures are aggressive fellows, indeed.

Many organizations use a motif of wolverine to point out how strong and scary they are. It sends a clear message – do not mess with us!

They also symbolize readiness to stand your ground and never give up.

Fearlessness and courage – Wolverines are brave creatures. They do not hesitate to attack much larger animals and are not afraid of them at all. They are courageous and fearless, which goes very well with symbolism mentioned above.

Wolverine symbols are used because of that as well.

Resistance and toughness – In addition to all these traits and symbolic interpretations mentioned, wolverines are certainly tough animals, which strongly reflects in their symbolical depiction. It is not strange they are believed to have magical, even godlike powers. These strong and resistant animals are powerful totems, believed to be creators of the world in some cultures.

Having in mind wolverines live in harsh and cold environment, travel great distances, fight much larger enemies, we must admit they are quite impressive.

Wolverines are a true symbol of endurance, survival and toughness.

Wolverine totem is a strong one. People born under this totem express some great values, but are also hard to deal with. They are strong, both physically and mentally, active, resilient and tough.

They could be unpleasant or intrusive, because they rarely use sweet talk. They are rough, quite direct and open in their intentions.

For the most part, it is something that helps them advance in life and achieve great things.

Wolverine people possess a character to respect and admire. They are natural born leaders and commanders. Their strength of mind is incredible. If a Wolverine person puts its mind on something, they will do anything that it takes to reach the goal. They are unscrupulous.

Wolverine people do not think about tools that they need to achieve success; they will not hesitate use drastic measures to put obstacles out of their way, even if it means hurting other people.

However, if you choose to balance your strong will and awake your consciousness and moral, you could do great things. Do not make other people fear of you; it is far better they admire you and look up to you.

Take into consideration other people’s feelings and let them be your collaborators rather than rivals.

While toughness and fearlessness could be very useful, Wolverine people generally find it hard to control their natural need to dominate over others.

They could be very aggressive, unpleasant and rude towards others, because they are not compassionate and they think only about their own success.

While these are characteristics needed for a strong leader, try to control them.

Wolverine people feel good alone, but everyone needs another person’s support from time to time. Do not let your loved ones think you do not like them. Try to be kind towards them.

They will not think you are weak or fragile if you show them you care.

That is something Wolverine totem people might be afraid of, which stops them show their emotions, even put them aside, and forget them.

However, if a Wolverine person succeeds in balancing their tough character, they become a person you could really rely on.

While they still might need more time to develop kindness towards people not so close to them, they could be very loyal, supportive and protective of their loved ones, such as children, family, best friends and partners.