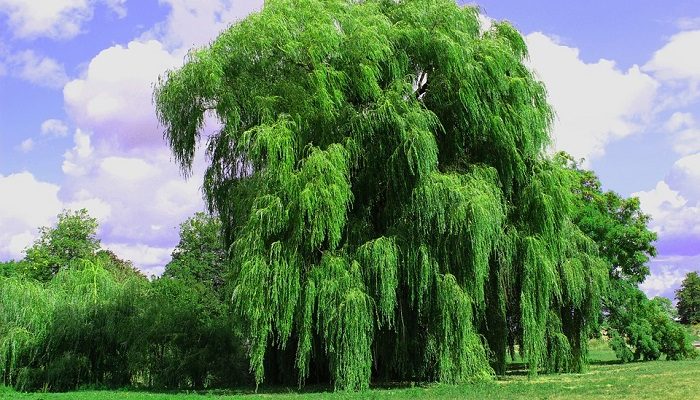 There is a common belief, among all civilizations around the world that the trees retain a great deal of wisdom and magic, and if you read any recording or a story from some old day, you could see that the tree was the place of gatherings and the first place where humans placed their desires and offerings.

This all leans on the fact nature is the best educator for humans, it breathes and grows according to fundamental requirements and principles, filling and pursuing universal patterns. And among them, there are trees – one of the demonstrations of spiritual power is trees, intensely celebrated in all societies and all circumstances.

Tree life has perpetually been intimately linked to personal experience. The trees symbolized the display of the divine, the composition of the universal imaginative controls and the integration of human life.

In different parts of the world, different trees are worshipped, depending on their environment (depending on which tree grows in that country).

They are symbols of growth, strength and harmony. In times of uncertainty, we can freely look for them from the trees and nature around us – all of them means something for us, and in this sense, it a good thing to know what each tree symbolizes.

In this way, we could surround ourselves with the branch of the tree that, for example, protects us from negative energy, etc.

Even church in some countries recognizes these beliefs, and in this way, the Willow tree is on its highest place with its meanings and symbolism.

There are numerous parts of the world where the Willow Tree grows, and there are more than 500 species. Some species climb up to 3000 meters above sea level – they grow tall and are very durable, and it is believed that they have magic properties (in many countries people name their children Willow, thinking that in this way they could give them protection, strength and endurance in life).

Willows mostly grow in river valleys, in moist, swampy places. And its Latin name has roots in Celtic origin and has a meaning – near water.

This tree is a two-man plant that has ‘male’ and ‘female’ flowers. Only one sex can be found on one tree, so either male or female flowers. The flowers are collected in erect fringes and are honey-coloured. They bloom mostly before leafing.

The bark of the tree is grey and cracked. The branches are thin and very flexible, although often the branches are broken due to their brittleness. The leaf is mostly narrow and pointed at the top, dark green on the face and slightly lighter on the reverse. 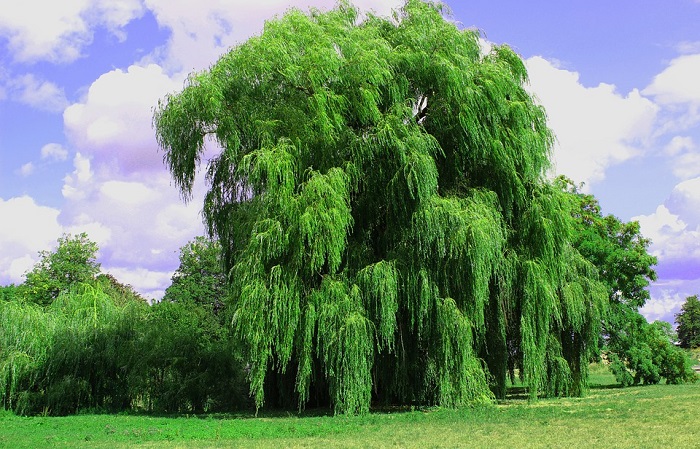 The first meaning that is contributed to this endurable tree is its ability to endure all kinds of problems – all willows are very resistant to winter cold. Some species can be found even in Arctic tundra where the conditions for tree growth are challenging, and low bushes thrive.

They are living proof that they can endure every condition and that they have such abilities that nothing could harm them – and here is one idea, you could always ask a Willow tree to give you the strength and endurance that you lack.

But the Willow tree is essential for one more thing – they are beneficial trees – their elastic branches and beautiful can be used in various ways, and they are also seen as the representation of things that we have in life that are both strong and beautiful at the same time.

Also, it is a common fact that the Willow tree has many healing properties; it is used in medicine. It is interesting that owing to this characteristic of Willow, and it owes its existence to one of the most popular and widespread medication in the world – aspirin.

From the bark of the willow tree, a substance is extracted has properties that lower fever and relieves pain in the human body.

In some deeper meaning, such healing ability is the most respected and valued among human beings, so it is no wonder why people all around the world worship this tree, and often times use it in their everyday life.

The Symbolism of Willow Tree

In many beliefs, a tree is a symbol of the essence of the creation of that relationship between heaven and earth, because its roots infiltrate deep into the soil and twigs reach high into the air.

In many traditions all around the world, the Willow tree is used as a part of many cultures, ceremonies and rituals – it is impossible to celebrate the greatest of all Christian holidays – Easter. In this excellent spring holiday, Christian and Old Believers are inextricably intertwined around this gentle plant.

The celebration of Easter begins with some rituals where the Willow tree is used – as a reminder when Jesus solemnly entered Jerusalem, and the mass of the tattered world welcomed him solemnly. Among other things, they wore willow twigs in their hands.

Willow has a strong symbolism even today in the modern-day – it is understood that the ability of it is transferred to children and adults since willow growth was considered a symbol of health and strength because of its lush growth and endurance.

In some other traditions, the willow branches are held in the home, next to the icons, as one of the elements of the home altar.

In ancient times, it was considered that the Willow dropped its branches to shield and cover the Mother of God when leaving with the persecutors before Jesus. Different belief says that underneath her cover, demons meet. Subsequently, humans believe that during the thunderstorm, you should never sit under the Willow tree, because something terrible might happen to you.

In some parts of the world, the Willow tree is also called sad, which compares to the traditional doubt that it is a tree that increases sadness, melancholy and depression. Its twigs and leaflets are reportedly are practiced by witches to do evil deeds.

The Willow also appears in the saddest of all love stories, the myth of Orpheus and Eurydice. Namely, in one willow, at the moment when he emerged from the world of the dead into the world of the living, Orpheus turned and lost Eurydice forever.

This is such an inspirational symbol that has found its place among work of many artists around the world – the delicate plant overlooking the water, nowadays most often a symbol of unhappy love, is a constant motif in the traditional fine arts of China and Japan. In impressionism, enchanted by the play of light, mysterious and dreamy, the Weeping Willow is perpetuated in the vision of the famous painter Claude Monet.

In one negative symbolical value, we must mention the Willow as the free gender tree that could not bring any fruits (and in many countries around the world, it is the representation of the barren work, the one that could not produce anything. We disagree with this, but we must speak of this).

Its pliable branches and flexible nature tells us how to break through life, and many things resent it. In symbolical terms, this is the tree that is a case of unfulfilled hopes, and often a symbol of insecurity and shyness.

The Willow is also associated with the cult of the dead, and in this sense, it is planted in a cemetery, her twigs are planted in bouquets of flowers, and carried to the graves.

Humans have lived in a dense connection with the trees for a long time and concluded that he was grateful for their endurance. In it, furthermore, humans recognized the source of the world.

It is really important to know that the universal terrestrial laws were exposed through the trees, embracing the energy of life, depicting features of the divine. It was never exalted only as a tree, but perpetually because of what was forwarded through it and what it symbolized.

The Willow is one of the most enigmatic and most alluring trees that subsist on this world- its strength is a potent representation of identity and influence. It has such a strong equilibrium behavior.

But the main information that it brings to us in some ways is the fact that we must learn to serve our thoughts and inspiration. It gives the desire with a fulfilling influence of healing and self-esteem.

Willow is a true representation of tempestuous appearance, even if such an interpretation is not so obvious.

If you feel that Willow is inviting you and that it has some special meaning for you, know that it’s true communication demands you to acknowledge all the emotions you feel. There is no feeling or emotion that should go unnoticed or be suppressed.

Surrender to nature and your intuition, and you should be who you are, because that is the best person that you could be. Interact with your form and discern what it explicates you. Put your internal healing first – this is not hard to guess, the Willow has amazing healing properties.

Some say that if you, by any chance see a Willow in your dream, it signifies a painful loss that may come to you before you could ever imagine, but the good news is that you will be able to deal with it, slowly, but you will.

Such a dream is really important to remember since it could mean that you will be rejected by somebody who has meant a big deal to you, primarily when emotions are in question.

It will be hard to come to terms with it, and the only motive to keep going will be the fact that a person would not like to be in such a state – the Willow tree has healing properties, so its appearance in the dream proves that if this event occurs, it may be the case of the rising from the pain.

The tree is a demonstration of life, within which the celestial, energetic teaching is exposed -some species of trees are thousands of ages old, and therefore, for humans, the tree personifies everlasting life.

The willow tree has always been a mysterious and magical tree – it is used for healing, church holidays and rituals. It can bring health, keep us safe or beautify us.

We decorate with it, carry it to the cemetery and feed it to the cattle.

To conclude this amazing story about one of the most beloved trees in the world, that is a symbol of life and death, wisdom and contempt, medicine and poison – all of these things are encountered and interconnected in some ways.

This tree is, in the end, a victory of all good things in this world, and a valuable lesson that all things that cure us could kill us and vice versa.