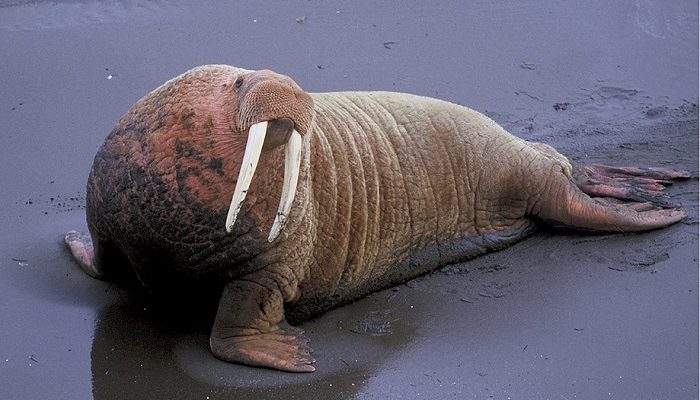 Walruses are famous for their large, long tusks. But they can not catch prey with it because the tusks are simply too big and impractical.

In the hunt they help especially the taste hairs on the muzzle (up to 450 of them!). With them they spot prey animals in the water, blow them to move and then snap.

By the way, walruses are big fans of mussels. To get to the delicious meat, they press their lips on the shell and suck it out. Between 3,000 and 6,000 mussels they overthrow in a single meal!

In today’s article we are going to see the spiritual meaning and symbolism of a walrus and how is this animal represented as a power animal or totem.

Walrus might seem like a scary animal, but these animals are ture gentle giants. They are kind and won’t attack first ever. This animal is also a symbol of obedience and everyone affected by this animal tends to be a follower rather than a leader. It is not that they don’t have leadership skills, but they simply prefer to not think about some things if they don’t have to do that.

Walruses are also symbols of famly and close ties with your friends. everyone protected or guided by this powerful animal is very affectionate and always wants to be there for the people he loves.

Walruses love to be surrounded by the same kind of people and they don’t like change. Just like real walruses love to spend their days at the beach, lying in the sun until it is time to grab a bite and eat something. this spirit animal and totem are going to make you into a very reliable person who is always there for the people he loves, even though others aren’t as caring to him. these are generous people who know how to have a good time, but their biggest problem in life is lack of initiative and power of will to make a change.

They are constantly missing that something to make their lives even better and more comfortable. Walrus spirit animal is, however, a very powerful and caring symbol at the same time so be sure that you are always going to be protected by it and guided in the right direction to the place where all the people who love you are. 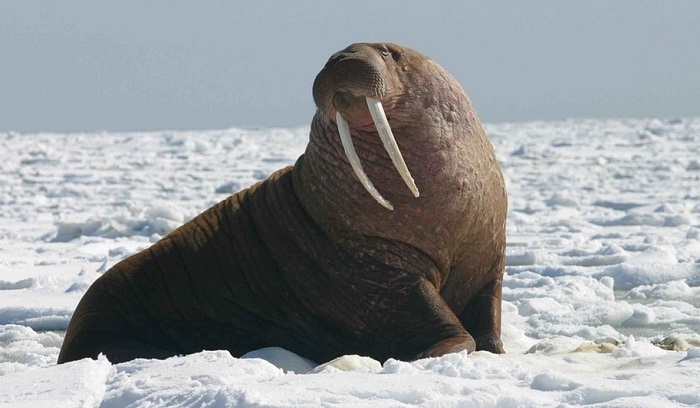 There are many stories about walruses. We are going to list several stories from ancient mythology so you can get a general representation on how this animal was percieved in the past.

Germanic: The sea giant Äegir, as well as the protective god Heimdall should have the ability to transform into walruses, to explore the events on and in the sea.

Celts: It is said that walruses can come ashore, strip off their fur and turn themselves into humans. A legend tells of a hunter who once went for a walk on the beach and met a beautiful woman there. Both fell in love and married. But her luck lasted only briefly, because the woman had longing for the sea. So she went back to the beach, put her coat back on and swam back into the sea. Some time later, on one of his hunts, the hunter killed a walrus he did not know was his wife. Such creatures are also called Selkies or “Selchies” in Scottish mythology.

Elsewhere, the Selkies are also known as mermaids and watermen. For the Celtic Druids, the walrus is in direct contact with the depths of the soul, with insatiable longing and emotional love.

If the Walrus swims or crawls into your life, it wants to take you on a journey into your own primeval sea and the depths of your soul. The Walrus as a power animal leads you to the bottom of your being to show you the true causes of your feelings. You may discover a hidden treasure in the seabed in the form of a lost-believed ability, such as Love or they are reminded of suppressed desires and desires that no longer endure but want to be fulfilled.

The power animal Walrus is now coming to you to give you an insight into your past, present and future and to show you how you can make your dreams come true.

What have you been wishing for so long, what is your greatest longing and what dream do you want to realize? The Walrus as a power animal not only helps you to organize your feelings and realize your dreams, but also encourages you to look at your reflection and to look deeper under the surface of the water and not to be irritated by the water reflections. The power animal Walrus wants to teach you but also (pri-) trust, especially in yourself and life.

Follow the Walrus and bravely jump from the rock into the water – even if you can not see how deep it is. You will see how wonderfully calm it is under water, how much easier you feel and how much faster you can move.

Dive into the sea together with the Walrus and explore their emotional world. Do not be afraid, because with the Walrus as a power animal you can finally swim and breathe underwater. Thus, the power animal Walrus shows us, how we among the many feelings, in which we sometimes seem to drown, still take a breath and swim without sinking.

With the help of the Walrus, our feelings can never prevail. Pay special attention to your dreams and meditation experiences – perhaps the Walrus as a power animal will give you special messages or signs right there.