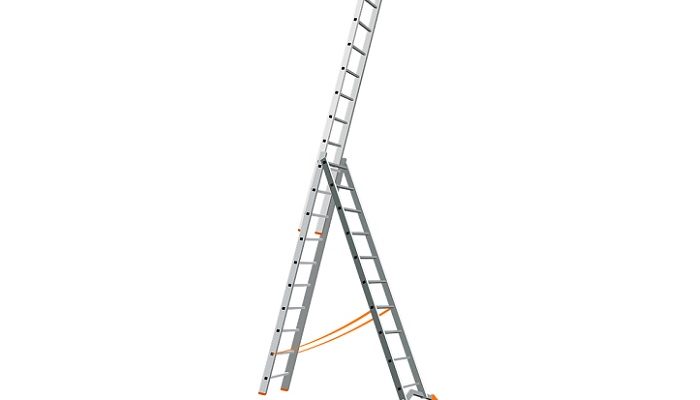 Life is hard, and no one needs any additional problem – we do not want to have any bad luck, and we are prepared to do anything we can to make things better – here comes the superstition that is developed even till these modern days, when humans suspect of anything.

According to some beliefs – you can “make” an accident completely unknowingly on yourself and your family – if you do certain things in a certain way.

Here, we mean a black cat that crosses your path, we think on the black crow that lands near your house or many of them are flying over your head.

Some call it superstition or folk stories and write them off as a backlog of a long time past.

However, many people still adhere to some of the rules that seem silly at first – but, the fact is that bad thing happen, and the fact is that we will try everything in our power to avoid such events.

Among those “special events” are the ladders, or the moment when we go under them – this event is considered to be unlucky, and that it brings a stroke of bad luck.

Is this true? Can we prevent this and undo the bad luck that walking under a ladder has brought to us?

Read and find out.

What does it mean when walking Under a Ladder?

This belief is not a modern one, and there are many claims that people in some Asian countries, a long time ago, convicts were hanged to death by tying a rope to a seventh ladder against a tree.

Because death was believed to be “transient”, people were well kept from passing under those ladders because they believed that they would “catch” death as well. This may be the origin of such belief that remains till this day – that by walking under the ladders, we will catch the death.

This is true in some countries, while in others, it has a similar tone, but it can mean some very different things. 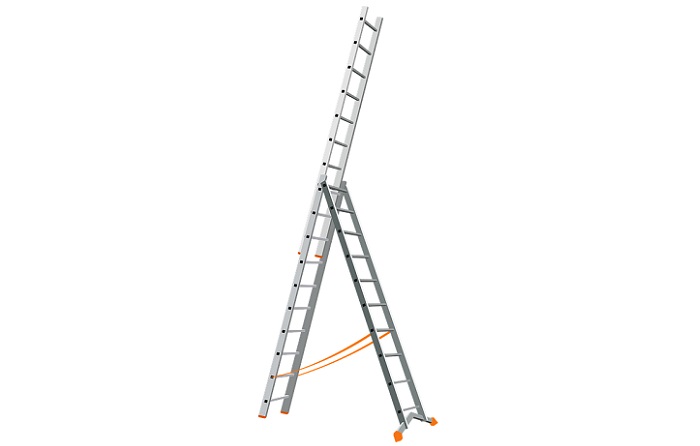 For example, The Egyptians attributed positive mystical attributes to them because they believed that their sun god Osiris was saved by a ladder when captured by the Spirit of Darkness. Because of this, small ladders were placed in the tombs of the Egyptian kings to help them climb into the sky.

In this way, the Ladders are the representation of something that is much bigger than the everyday object, in this way ladders receive a spiritual meaning and are the connectors to the other dimensions, so maybe, in this case, they might have some positive tone.

Even today, some Egyptians carry small ladder models because they believe they will bring good luck – this meaning has transcended the generations, and we must say that there could find a large number of talismans and amulets that carry the ladder symbolism.

In some parts of the world, ladders are used in some mystic rituals, and they are seen as a mandatory object in any magic; so it’s no wonder why so many people are afraid of them – someone could use it against you.

In other parts of the world, people for various reasons avoid passing under the ladder. One of the roots of this custom is that, when leaning against a wall, the ladder formed a triangle with a floor and a wall, which symbolized life (or God), and this symbol was considered a sacred place, so passing through it would be a desecration of the sacred place.

So either it carries you to some words that are evil, or the ladders are taking you in secret places, but you do not want to ruin with your mortal soul. It is believed that humans are not worthy of walking in this direction and come to such places.

Therefore, it was believed that anyone who goes through this triangle will show disrespect for the shrine, receive a well-deserved punishment – this is the aspect that people are scared the most, and the root of that scare is fear that something might happen to you, something bad and that there could not be a way of turning back.

What does it symbolize Walking Under a Ladder?

The ladder’s position is in the triangle, which is a sign for life – and this is the symbol that is okay to see, but you should not mess with it, by any means.

Now, the symbolism here is the mother of superstitions – it is believed that when we go through the triangle, we provoke destiny, including the spirits that live under the ladder, and again including the evil spirits who will not like it.

If you just have to pass under the ladder, you can protect yourself by placing your thumb between your index finger and middle finger (think fingers of the same hand, in some countries they call it jinx) or making a circle sign with your whole hands and hands. In this way, you could provide the full protection that is necessary without anyone harm you, and the evil spirits could not reach you.

Here, we must speak of Egyptian tradition once more – they considered the triangle sacred, and from the ladder leaning against the wall they create a triangle, and therefore it is not okay to go through it.

Ladders, as well as the staircase in the consciousness of an archaic man, represented the axis of the world, the connection between earth and sky primarily, thus replacing the tree of the world through which the spirit or soul ascends to heaven or descends underground. This understanding was widespread from ancient Egypt to Australia – many civilizations around the world came to the same conclusion.

And in symbolical seen, here we speak of one more thing – the pyramids are similar to the staircase since they are built in such way that they lead to the heavens.

A large number of art shows depict the souls of the deceased who ascend seven or nine steps to the throne of Osiris. And the monumental stairs are found in Angkor Watt, Machu Picchu and numerous Greek temples, to name a few.

So, people always wanted to come closer to the Gods not just in a spiritual way, but also in literal, that will later combine both ways – ladders.

But, the problem occurred when they did not climb the ladder, but went underneath – so ladders by themselves are not a bad symbol, but the process of going through them. It can be seen as mockery, and you can mock something that is High and spiritual.

So, we will not say that the ladders are a negative sign, because they are not; we are talking about something else, the process of coming underneath them.

The stairs (and ladders also) are a generally accepted ascending symbol and represent not only the ascension of cognition but also the “integrated elevation of the whole being”.

If it has a spiral shape, then it draws attention to the focal point of axial growth, and that focal point can be God, some principle, love, skill, consciousness or self of a being that ascends and even relies on that focus and outlines its turns.

So, you can have a communication with the Highest Power, and you can also, taunt evil spirits, cause these two worlds are near.

So, the best advice is, not to mess with these sacred objects, and if you do, never walk under them, and if you do, then cross your fingers and protect yourself from the possible problem.

Logically, after all that, we have said, and according to many beliefs, passing under a ladder can be unfortunate, because it can be dangerous: ladders can fall on you, the man himself from the ladder can fall, a bin hanging on them and the like may fall.

Still, this superstition that is born from them are making much more sense – Christians believe that number three is holy because of the Holy Trinity, so the triangle is holy because it has three angles.

The ladder makes a triangle along the wall, and when it passes below them, the Holy Trinity breaks – which, of course, are considered an accident.

Believer or not a believer, many people simply avoid going through them because they have heard that cautionary story.

The ladders have taken on the role of verticality and ascension, symbolizing stages in the spiritual ascension of which the devotee gradually steps into the secret – and this is okay for all mortals to do in life, whatever they believe in.

They are, therefore, a symbol of advancement towards knowledge, ascension to cognition and transformation, and the fear comes from two things- do not mock them and do not summon bad transformation and knowledge.

Whatever it may be for you – we are sure that you look at them in a different way now, but that you will think twice the next time you see them.