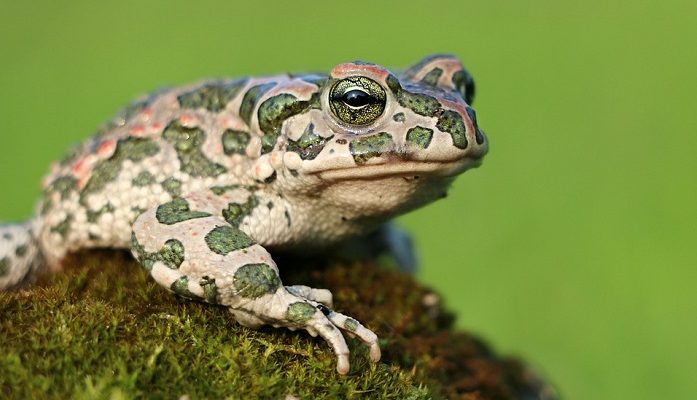 Toad is a certain type of frog, the one with many symbolical meanings.

This unattractive member of a large frog family tree is often featured in fairytales, stories about witchcraft and wizardry and commonly present in numerous superstitions and beliefs all around the world.

Its powers are interpreted in different ways, depending on particular culture.

However, one thing stays the same; toad’s symbolism and its spiritual aura are powerful.

Toads are magical creatures, often features in various tales that have something to do with mysterious, dark and supernatural forces in general;

Sometimes toads are seen as ugly frogs people are disgusted off, while in some cultures these animals have extremely positive symbolism.

For example, Chinese have been admiring and worshiping the mythical three-legged toad, believed to bring people money and fortune.

Westerners, however, have always associated them with witches and sin, accusing them of greed and gluttony.

Toads are unattractive looking frogs, often covered in mud and slimy. In symbolical sense, this is not as awful at all. It is seen as a special bond these creatures have with Mother Earth;

Toads are tightly connected with elements of Earth and Water, the life-giving forces people have been respecting since they first appeared on this planet. 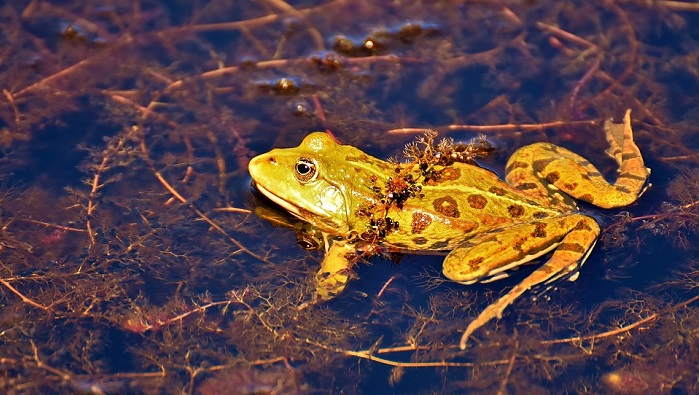 Depending on a part of the world, you search for stories and beliefs about toads, their symbolical meanings vary a lot.

All of toads’ symbolism interpretations agree these creatures possess some powers beyond the material realm; they are always identified with mystical energies people are unable to see or comprehend.

Transformation and adaptability – Toads and frogs are animals associated with the power of transformation. Their specific way of growing up through several separate, but connected, stages of life symbolizes the power of change, the importance of life circles, the natural way of things to be. Toads have the same symbolism as all frogs, in that sense.

Toads represent adaptability and regeneration. Their strong bond with water and ground makes them close to energy of Mother Earth, making toads powerful symbol of all life.

They also represent the tranquility and harmony of nature itself. Nature needs a constant flow and constant change, which are concepts strongly associated with toads.

Disguise and deception – Toads are adaptable and they master the skill of camouflage. You can often hear them everywhere, but you could hardly see them. That is the reason toads represent secrets, deception and disguise. While some people think of these as negative traits, we could also say these characteristics are helpful and smart.

The power of disguise and deception is commonly ascribed to toads, either in a negative or in a positive sense.

Fertility and abundance – We have already mentioned the importance of toads’ connection with life-giving elements. These animals are associated with fertility and abundance. They are believed to bring fortune and money to people. Three-legged Feng Shui toad is a powerful symbol used to attract luck and prosperity.

It is believed toad figurines or motifs are powerful lucky charms that also help people have many children and lead joyful, harmonious and prosperous family life.

Magic and witchcraft – You are certainly familiar with all kinds of stories or superstitions where toads play a significant dark magic role. Either they are used in witches’ rituals, or those with knowledge of dark magic could use the shape of a toad. Many prince charming characters were transformed into an ugly toad in fairytales.

Toads’ appearance and their natural behavior and living habits had made people think of them as strange and magical creatures.

Toad people are intuitive individuals with a great sense of the world they live in. those individuals like exploring new things and possibilities, which make them a bit restless.

That is also an advantage, because they are able to adapt to changes and literally transform themselves.

Although Toad people are not as reliable in professional sense, they make great friends and people fun to be around.

Toad people are very self-reliant and confident, but they are not loners. They love to spend time with many people and are always eager to meet new ones. They typically have large, laud and happy families.

While they nurture strong family bonds, Toad people do not have many real friends.

Other people love their company, but do not rely on them. Toad people change their minds easily because they are always up to some new ideas.

They are well aware they do not make a steady support, but they do not mind that. These people are intuitive and rarely ask for others’ help. They tend to do thing on their own.

They seem to have connection with spirituality and they do believe in destiny.

While their behavior sometimes makes them appear light-headed, these masters of disguise keep their feet on the ground.

Only their feet are always on the road.

Toad people face life challenges with smile on their faces. They are extremely flexible when it comes to making decisions or choosing the right way to act.

Since they have good intuition, even their rushing decisions might turn out good.

However, they are sometimes too impatient that they mess things up before even starting doing them properly.

Relax, you only have to slow down a bit!

Toad totem gives you amazing abilities; you just have to balance them.

Toad people are adventurous spirits with strong enthusiasm about everything they do.

They enjoy meeting new cultures and explore different places. They travel a lot and research.

Any job that has to do with exploring differences is good for them. They are very open minded and tolerant.

Toad people accept others as they are, the same way they accept themselves. They do not fight their nature, but live life to the fullest.