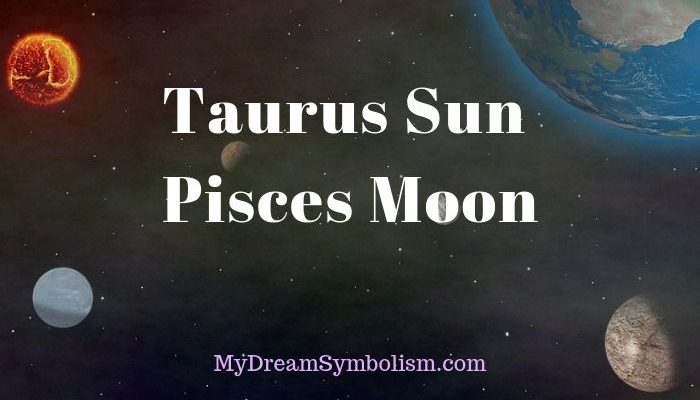 It is characteristic of Pisces to be depressed and lack interest in specific activities and to be filled with frustration.

The moon in Pisces only further amplifies all these emotions which can be pretty challenging for the Taurus Sun.

Under the influence of the moon, individuals with this combination in the natal chart often change their mood as well as their perception of events and the world according to their moods.

In the turbulence of different moods, it is rationality that experiences defeat.

At the end of April the sun changed to the first earth sign of the year and that is the sign of the Taurus. If we look at the astrological symbol of the Taurus, we see a circle with horns curving upwards. Or if we take the perspective from above, we see a person spreading their arms.

These horns are also found in the Taurus and they stand for fertility and thus the month of May is a fruitful month.

Let’s take a look into the nature and everywhere we see flowers that open their leaves, so that the wind and the bees can fertilize them … we humans go out into nature, the winter moves further and further into the distance and we fall in love again, in life and people.

We have the power to bring the ideas and visions that we thought and saw in winter into matter.

We work in the garden and clean the house and make room for new things. What has taken shape in our inner emotional world (moon), we can now bring outward and bring into shape with our inner strength (sun) (moon and sun)

The sun also represents the fatherly male power and the moon the female maternal power and thus we have the chance to balance ourselves during this month. It is also interesting that Easter falls exactly in this time, if that is no coincidence. What symbolizes Easter? 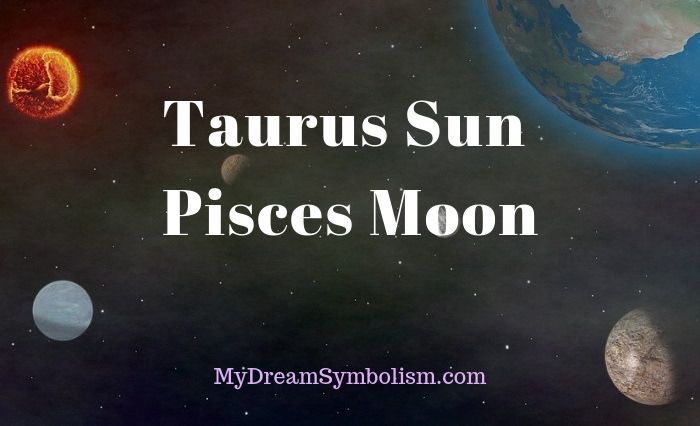 On Easter, or rather on Good Friday, Jesus was crucified, he died … But what should die? The death of the earth is only a change of energies, the soul never dies, since we are all beings of light in the earth body.

So what should die? Our inner nature “grasping the Taurus by the horns”, our ego, our lower nature, so that we can spiritually ascend and realize ourselves, with our body on the mental and spiritual levels.

With the power of the Taurus, you are blessed with perseverance, the sense of beauty, the love of nature, and the ability to create safety.

If you are already aware of your soul path, then thanks to your sense of beauty and love for all beings, you can use it to protect it and use the power of thought to create beautiful and safe places (on earth and in the spirit).

With the love for the earth, you can also be a good support for other beings – a rock in the surf – and show you the beauties of this world.

So that you do not get stuck in the world of matter and superficial beauties, the star sign, which stands opposite the Taurus, entices you into the depths of the soul and of life: the scorpion.

Thanks to the scorpion, the Taurus-born can create a balance between the worlds, and when the Taurus has managed to create safety on earth and in the otherworldly plains, he truly lives his Taurus’s-eye and can enjoy life on both sides. For death (scorpion) and life (Taurus) belong together and carry us on.

The moon in the Pisces brings with it the yearning for security in the larger whole that surrounds us. There is a real need for spirituality here. There may also be a desire to help others. We could talk about the need for social work. Basically, here shows the unlimited feeling.

According to the partner horoscope, the moon in the Pisces basically move two motivations. On the one hand there is the earthly motivation, here the moon wants to get romantic feelings in the Pisces, to feel good, to work together in exchange with a partner.

The second need of the moon in the Pisces has to do with the desire for salvation, as already mentioned. Here, the soul has realized that earthly life cannot provide lasting satisfaction, and so it seeks salvation, liberation, transcendence. Here the partner can help by own interest. It is to be wished that the moon in the Pisces can also live spirituality in its relationship. Then a partnership can really be experienced very satisfying.

Pisces’s energy is never directed at everyday things and they are generally uninterested in material goods, work and routine. Pisces are the most important thing in life to feel inspired, and when they do not have enough inspiration, the feeling of emptiness takes over.

For people whose moon is in the sign of Pisces, it is important that everything they do in life has some greater meaning. That’s why they don’t like routine.

The routine makes them sad, gloomy and depressed. For them, the routine is an empty and mechanical practice that makes them feel worn out. They need constant inspiration as a driver and the tiniest things in life. They yearn for a world of feelings, visions and dreams.

The moon in Pisces brings a helpless response to life’s troubles. An essential element of conservation is to spend a certain period floating in the ocean of the unconscious.

Dreams, reading, writing, intuitive cognition and any form of developing psychic abilities are essential for these individuals, especially at times when something difficult is happening to them. The moon is sensitive, emotional and intuitive in Pisces. Loneliness is another important aspect of overcoming the problems for people who have the moon in Pisces.

Pisces is the twelfth, the last sign of the Zodiac. They are characterized by caring, compassion and channeling life energy towards caring for others. The moon in Pisces brings a mystery, a strangeness, a difficult understanding of things: as if everything was blurry, distorted and misleading.

This does not mean that perception of reality is off, but it is largely impeded. For these people, falling to the bottom is actually the only way to know reality in its true contours.

In order to get to know the moon better in the Pisces, not only the moon in the Pisces, but also the signs of the sun, moon and ascendant in the horoscope should be analyzed.

According to astrology, this tells us something about the moon owner’s psyche, about his behavior in relationships and about his childhood.

Whenever the moon is in a watermark (Cancer, Scorpio, Pisces) in the chart, it brings with it intense emotions. People with the moon in the sign of Pisces are especially sensitive, sensitive, inscrutable, thin-skinned and sensitive.

Often they have the feeling that they are helplessly exposed to life or circumstances, and their compassion makes them support others. They are medial, profound, intuitive, imaginative, difficult to demarcate, easily seducible, but forgive everything.

This position of the moon symbolizes the need for salvation, even if it is not aware of the moon in the Pisces itself.

Salvation even goes beyond enlightenment. Enlightenment means overcoming the separation and thus experiencing unity. Salvation goes beyond the fact that this is a fundamental point out of the creative processes.

The moon in the Pisces has a need for disregard of reality, but he can feel the reality and even implement it creatively, if his inner development is encouraged to do so.

In very great compassion for all living beings of this earth people with the moon sign Pisces. They have a very strong intuition and are very receptive to the vibrations and emotions of their fellow human beings.

Often they have problems distancing themselves from the emotions and sensitivities of others. They then suffer with and can hardly isolate themselves and protect themselves. People with the moon sign Pisces feel particularly well when they can help their environment.

They want to do something good for everyone. Many people are attracted by their kind and loving nature. It is not difficult to feel well and build trust in the presence of a Moon-born Pisces. The best match for these people is someone a bit more stable such as a person with a Moon in Taurus or Capricorn.

Within a partnership, those born in the moon sign Pisces are very emotional and sensitive. They are seductive, tender and romantic, enjoy togetherness and believe in the great love.

Individuals who have the moon in Pisces swim in the ocean of the unconscious and often swim too far. If they swim against the current, they can wear out and increase the chance of drowning. The ocean, like human emotions, can be gentle or rough.

The ocean, like the human soul, has the ability to wave. An important task for all those with a moon in Pisces is to protect themselves from depressed feelings and to focus their energy on successfully coping with adversity.

The dark side of the ocean is a symbol of fear and horror that knows no bounds. Pisces connect with the limitless and often do not even have auto borders. They do not have the ability to say “no.” The moon reinforces that vague border and the auto border.

And borders are the basis of human identity. Boundaries give a man a definition of what he is. Definition of the question “who am I?” and indicate where “I” begins and where it ends.

Pisces is prone to excessive apology and empathy, and these are spheres where it should operate on its own principles.

The moon is a symbol of infinity and depth that tends to mirror the feelings of others and hold the key to empathy, like a mirror. Pisces is a sign that rests on the same principle.

The moon in Pisces represents intense sadness, the shedding of tears and the dissipation of life’s energy into the lives of others.