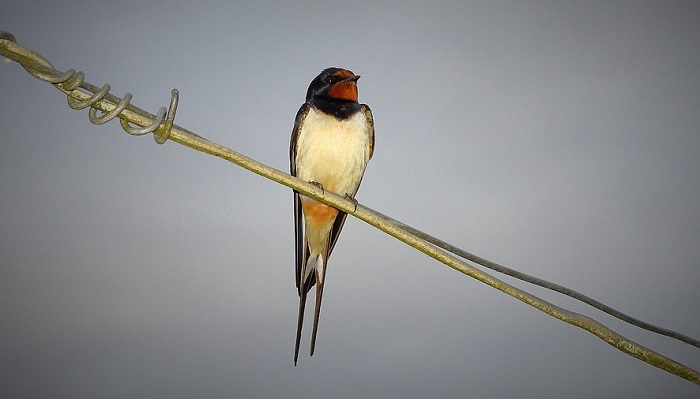 Bird symbolism has been worshiped for centuries. People worshipped and admired birds the most because of their ability to fly high and reach the heights they can only dream about. They were considered messengers of gods and animals that are holy among all other creatures. Bird symbolism is something that withstands the test of time and still is relevant today.

We can see bird symbols everywhere we go, even if it is just on logos or products we buy every day. Bird symbols are often used as signature signs for various organizations, but also art and literature are full of bird symbolism. There is no better way to describe the beauty or elegance of someone, than with a bird symbol.

In today’s text we are going to see the symbolism and spiritual meaning behind a beautiful swallow bird. How this bird was seen in other cultures and what secrets are hiding behind it.

Every person has its own spirit animal that follows him his entire life, gives him strength and character that he has. Spirit animals are the ones we recognize ourselves, everywhere around us. Pay close attention and you will see how certain animals are simply always around you and everywhere you go there they are. This is most probably your spirit animal, and you can easily recognize some of the traits of your character in this animal.

Besides that, spirit animals often come to us in our dreams and during meditation, and send us important messages we need to understand.

Words that best describe the swallow bird are:

Based on these words alone, we can already see what kind of character a person whose spirit animal is swallow has. People with swallow spirit animal are joyful individuals who love to see their friends and family members and spend time surrounded by them. These people are also graceful and you can easily recognize them among the crowd. They will show class and dignity with the way they talk, move and interact with others. Everything you think when you see a swallow is what this person is like.

Swallow spirit animal influences your life making you peaceful and concentrated on your goals. You are more interested in reaching personal happiness through smaller things, than chasing for fame or material things. Swallow spirit bird is also a symbol of fidelity. You find your relationships to be very important and not just romantic relationships. You are very devoted to your partner, friends and family members. You would do anything to help them and make sure they are okay. Family comes first to you and you are an overall good person, always ready to help others.

This spirit animal symbolizes happiness in all of its forms. Whatever makes you happy and what makes you glow is what this bird represents. You are constantly trying to get yourself out of the bad mood. Having a good relationship with you, primarily, is an important thing. You are a very self-conscious person and you show deep care for every detail.

Swallow spirit animal protects homes and cattle. Her nest under the roof of the house ensures happiness in the house. If the swallow leaves the nest, the whole family is going to be negatively affected. Where the swallow develops a nest, there will be happy locals. It is not good to demolish her nest under the roof, nor should you touch the eggs she leaves in her nest. Anyone who falls asleep will die by a husband, or they will be married and will marry again. 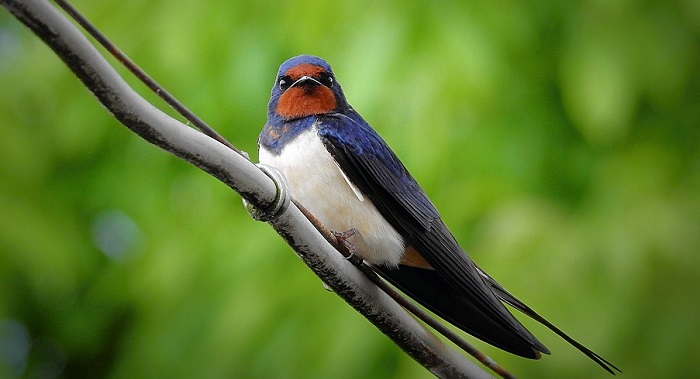 In many cultures around the world, swallow nest are being held close to the house. This spirit animal brings protection to cattle so if anyone broke the cargo nest it was considered that the damage is going to be done to livestock. If a man scattered a cargo nest in a cow’s stall, the cows would give the blood’s milk.

All of this speaks about the importance and holiness of the swallow bird I many cultures, which is a reason more to listen carefully to the messages that you receive from your spirit animal. Swallow spirit animal is always going to direct you towards your family and things that are good for you. You can never expect a swallow to because you harm or put you up to something bad.

Swallow is a symbol of holy, which means you are blessed with the traits of a good person from the day you were born. In the following part of the article you will see how swallow bird was seen I other cultures and how big was its importance in religion and culture in general. Even though it seems like a simple, small bird the symbolism behind the gentle swallow is bigger than you could ever imagine. So let us see how this beautiful bird was perceived, and still is, in many cultures across the globe.

It opens summer and closes winter “- a pie her cake called “swallow cake” – a bird that knows Latin. The Swallow in the Folk Tradition of the Slavic Peoples is considered a pure, sacred bird to which female symbolism has been assigned, and it joins the heavenly and the pure principle. In the Hungarian puppet tradition it is considered a god among the bird, and in some cultures it has been worshipped. In the beliefs of the Cangs (Hungarians) swallow appears “as a strong, sacred bird” that Christ blessed.

Swallow, in Slavic songs, is also compared with the Mother of the God or Virgin Mary.

In Romania they tell that the Blessed Virgin Mary blessed the swallows “to be with the good-natured to receive houses, to nest on the roofs, not to disturb them, and to kill the swallow is bad luck. Swallow and pigeon are birds, favorite of God. The swallow celebrates God with his singing. Her twitter is perceived as prayer in Russia.

In folk legends about Christ’s crucifixion, swallows tried to save him: people shouted, “Die, die!”, swallows pulled the thorns from His crown, and brought him water. For one sermon in Beria, France, the brink brought the thorns with which Jesus was crowned. Because of the fact that when the peasants catch them, they are tortured with the same torment, stinging her thorns or cries in her head. On the contrary, the swallow came and in the beak swept away one by one the pains of Jesus in the forehead.

The locals in Kalotaszeg welcomed them with their hat when they arrived, and they also forgave them in the same way when they went to the Little Lady (Kisasszony nap). Egyptian Izide transforms into a swallow at night, circling around Osiris’s lazy and slumbering over it until the sun returns. It is a symbol of eternal return and proclamation of the resurrection.

In Celtic mythology the swallow is met under the name Fand, which is the wife of Manann (God’s Sea). He fell in love with Cuchulain and invited him to another world where he spent a month with her. Then she left her and returned to her wife Emer. Failed by the sorrow, Fand returns to her husband who came to her. Swallow appears there as a symbol of fertility and alternation.

In China, it was once arranged that the arrivals and swarming of the swallow exactly coincide with the equinox. The Swallow Day (Spring Flourish) was designated for fertility ceremonies. These can be linked to the legends that talk about girls who were fertilized by swallowing eggshells. It is said that the Philosopher of Confucius is a son of swine flu. In addition, the seasonal rhythm (yin-yang) of the scythe itself is accompanied by its transformation: it sits in the water (yin, winter) where, as Lie Zi becomes, it becomes a shell, then a swallow accompanied by a rising sunshine (yang, summer).

With the Ukrainians, Belarusians and Poles, there is a widespread belief that swallows are born in the water. On the day of St. Simeona Stolpnika they bathe and the saucer complains that their sparrows occupy nests, and the children have destroyed them. Immediately thereafter, or on the Crossing of the Holy Cross Day, they are sheltered by the wells, so that they will soon be in (paradise). In the fall, people are trying not to get water from the well, so they do not interfere with the swallows.