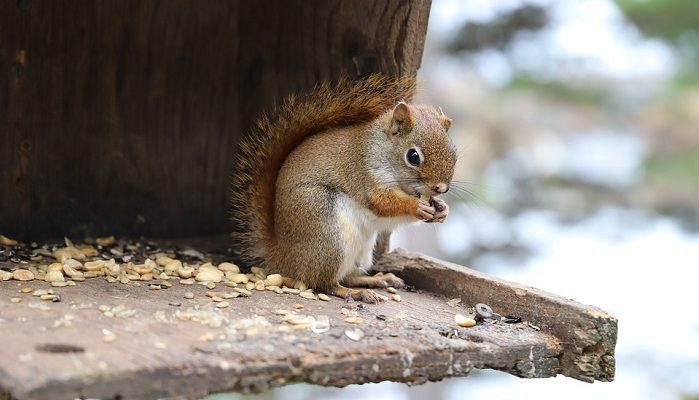 This adorable creature is probably the cutest and the most popular rodent on Earth!

Squirrels are amazing little animals that have always been considered symbols of speed, cunningness, cuteness and joy.

We are all familiar with its habit of collecting and hiding nuts and other food, all in order to keep it safe and to always have decent supplies.

No strange squirrels are thought to be some of the most intelligent and clever animals.

Squirrel’s impressive and irresistible ‘persona’ embodies some of the most useful traits and skills, such as foxiness, intelligence and perfect organization.

Adorable squirrels are thought to be some of the most intelligent and cunning creatures on planet, thanks to their impressive organizational skills and artfulness;

Above all, they are incredibly cute, so you can hardly resist the charm of these fluffy-tail tricksters.

Yes, they are tricksters and they master the skill of trickery. They have to; squirrels are small animals, but thanks to skills they possess, not as easy target for predators, as you might think.

They are very fast, very silent and agile. Squirrels have always been present as a symbol and a character in traditions all around the world. Despite all of their ‘wheeler-dealer’ traits, people mostly love these cuties.

The most important lesson people believe squirrels teach us is to provide for ourselves in time, in order to be safe and supplied when we face difficulties;

You must admit there are rare examples of animals that welcome the wintertime with so much devotion and readiness.

The fact is, squirrels make sure to always have the necessities needed to survive. They are quite economical; although we often see them collecting something, even stealing food or else, they actually keep only the amount of supplies needed to survive hard times of winter, when regular food sources dry out. 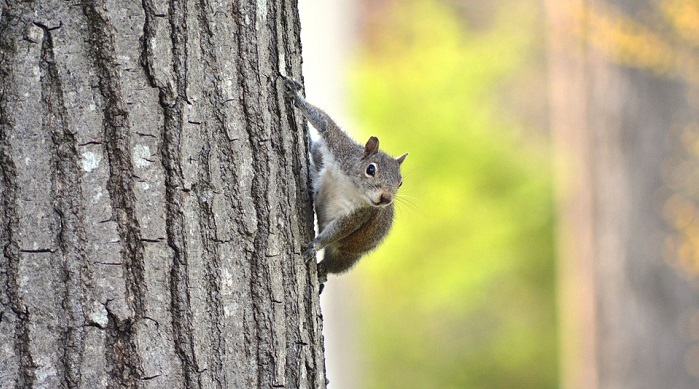 Squirrels are economical and practical little fellows who keep only the bare necessities needed to survive, but they make sure those are always available;

These adorable animals make us forgive their trickery. Many cultures around the planet have their own beliefs and superstitions about squirrels.

They are present in legendary and mythological tales all over the world.

Let us discover how squirrels are depicted in different cultural concepts and what are their symbolism and spiritual powers.

Squirrels are little rodents belonging to the family of Scuridae, which is a group of animals consisting of different rodent species.

There are about three hundred of different squirrel species inhabiting parts of Asia, Europe and America. One exception is easily recognizable flying squirrel that lives in Africa.

In Europe, there are only two of squirrel species, grey and red one. The most widely known squirrels are those living on trees; those often live in large parks and gardens, close to people.

Other species reside on the ground, digging holes and tunnels.

Squirrels are to be found in many of the greatest traditions and belief systems throughout human history and around the planet.

They are portrayed in different manner; usually, people think of them as irresistibly cute, but there are some specific opinions, as well.

The name of squirrels comes from Greek language and the original title could be translated as ‘the one that dazzles with its tail’;

In Nordic mythology, there is a squirrel character called Ratatoskr.

This legendary squirrel played a role of a fast messenger, carrying gossip between some important figures of Nordic legends.

The speedy Ratatoskr would run up and down the sacred tree of life, Yggdrasil, acting as a mediator between the eagle and Nithogg (According to Nordic beliefs, Nithogg was a monster holding onto and feeding on Yggdrasil’s roots).

Similarly to the role of Ratatoskr squirrel from Nordic mythology, Americans believe these fast little rodents carry messages of warning to people.

They are news bringers and heralds, coming to warn people if something bad is going to happen, in order to prepare themselves and make sure to provide everything needed to overcome the difficult times.

In American pop culture, we could find clever squirrel characters, such as Chip and Dale.

In Japan, squirrels are not associated with trickery and cunningness. Japanese consider squirrels symbol of vine, abundance and fertility. They think of squirrels as positive symbols.

In Christianity, squirrels do not have such a good reputation.

Traditionally, these adorable fellows are considered tricksters and they symbolize fraud, greed and money grabbing. However, squirrels are one of rare animals so close to people that they feed from our hands!

In modern times, these cuties have been becoming popular as pets.

In addition to squirrels’ presence in mythology, tradition and religion, these beautiful little rodents are to be seen in many art pieces.

One of the most famous examples is remarkable painting of a squirrel, by one of the genius’ of German Renaissance art movement, Albrecht Dürer.

Squirrels are one of the most beautiful and adorable animals on the planet, thus, they are popular as an art motif;

Squirrel symbolism is rich and generally positive, although there are several interpretations (such as Christian traditional) portraying them only as greedy tricksters.

Actually, greed is the last thing we could ascribe to squirrels, although they sometimes do act in that manner, so we accuse them of being lusty and insatiable.

However, these fellows only make sure to provide bare necessities for a comfortable life; the lesson we people have to learn.

Squirrels represent many things and those mentioned above are the most common associations. These cuties are ultimate symbols for fun and playfulness, but they also represent resourcefulness and responsibility.

They are commonly associated with family values, friendship and compassion, as well.

Squirrel’s cozy homes are one of the first things that come to people’s minds talking about these fluffy fellows.

In spiritual sense, squirrels have so much to teach us. The devotion and dedication they express while preparing their winter supplies suggest us we should be responsible and organized in order to have a comfortable and harmonious life.

Of course, that does not mean we should spend all the time planning and calculating things.

Squirrels’ playful spirit guides us through life with positivity and joy. We should embrace ourselves the way we are and recognize beauties of the world around us.

Squirrel spirit gives us hope for better tomorrow but reminds us we should be observant and careful.

This cute animal also represents kindness and devotion and reminds us value our friendships and be grateful for all the people and things we have in our lives.

People born under the Squirrel totem always seek for comfort and protection. They are sensitive, passionate and kind, tightly bound to their friends, family and home.

They love coziness and make sure to always have resources to lead a modest, but comfortable life.

They put much effort in making sure themselves and their loved ones are safe and secure. These are intelligent people, eager to learn new things.

Squirrel people are modest and pleasant to have around. These people do not seek for glory, fame or luxuries to be satisfied and content.

Their ultimate goal is to make peace with the world around them and live in a harmonious environment.

They put much effort in making sure their loved ones are satisfied and safe. Sometimes, they could be stingy or too calculating.

Squirrel people express incredible planning and organizational skills. They do not tend to lead others, but they do stand out for amazing achievements in organizational tasks.

They are valuable team members and usually find themselves working on great projects.

They are analytical and impressive planners, which helps them both in career and private life.

If you are a Squirrel person, just make sure you do not overdo the planning part. If so, you could end up in an artificial pattern of living, which is exactly the opposite of what you want to achieve.

Relax and let your playful Squirrel part shows up and make the balance.

Squirrel people are passionate about everything they do, from love relationships, family life, parenthood and friendship to their hobbies, interests and jobs.

They are dedicated to their goals, but the most important thing about them is that they are aware you should value every single step of the journey.

They are never easily discouraged and to not feel disappointed if something does not end up the way they have imagined.

They value all of their achievements, even the smallest ones, and to not seek for others evaluation.

However, in emotional sense, Squirrel people are sensitive and vulnerable. They tend to worry and could often end up feeling anxious.

Sometimes, it could be connected with their need to plan and organize everything. That could also make them emotionally fragile.

Even if they are prepared to failure and do not see it as a disaster, the whole process might lead to losing self-confidence, so mean people could easily hurt them.

On the other hand, most of Squirrel people are able to control the urge of organization and keep it moderate. They are positive and playful by nature

. Squirrel people love to hang around with their friends and spend much time with their family and loved ones. They are joyful and talkative.

Squirrel people love parties, travelling and adventure. They are restless, fats and very active. However, they would always return to their cozy home and their close friends and family.

All Squirrel people have these traits. It is only the matter how they would use them. Squirrel totem people are intelligent and not easily seduced or manipulated.

They are capable of manipulating the situation for their own good.

Sometimes, they simply find it easier to achieve it by trickery, but that is something we surely do not recommend. Squirrel people are smart enough to get out of every trouble.

However, they have a sense of honesty and justice, so they use their intelligence for good things. Above all, they are sensitive and compassionate.

These skillful people are resourceful and tough, even if strength and courage is not something you would associate with squirrels.

They are not afraid of doing new things and always make sure to develop a decent plan. They are economical and tactical, so their success is usually gradual.

They are not frightened by life challenges, only Squirrel people are rarely overly ambitious.

For them, achieving harmonious and happy family life is what they value and desire the most. In such an environment, they have enough space and time to enjoy all the wonders of life.