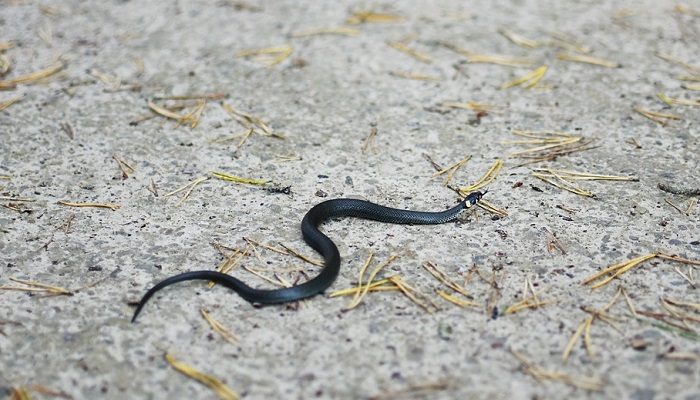 In many archaic cultures the snake symbolizes the infernal world and the kingdom of the dead, this probably derives from its habit of living in holes of the earth and perhaps also for its apparent ability to rejuvenate its skin.

In today’s text we will discuss this topic and also dig deeper into the symbolic meaning of snakes in general.

Snake as a Symbol

Linking the ideas of life and death, the symbolic value of this animal is very important, in fact there is no culture that has ignored the snake. In the Bible it embodies both the tempting enemy in Paradise and the savior, as stated in the story of the “bronze serpent” that Moses planted in the desert.

In the Nordic mythology, the Midgard snake, which wraps the earth with its coils, is the symbol of the ocean that surrounds the earth; while in Ancient Egypt Apophis threatened the boat of the god Ra trying to stop him from rising; furthermore, the uraeus, that is, the cobra in attack position was on the crown of the pharaoh and spit out poison against his enemies.

In the Physiologus we find a curious symbolism; at first the text deals with the rejuvenation of the snake during the molt, this is equivalent to the man who has to take away the old age of the world and, rejuvenated, aspire to eternal life, then tells that the snake before drinking at the source leaves the poison in his den in order to keep the water pure; therefore man in order to reach eternal life must free himself from the poison of his sins.

Moreover, it is written, that the snake bites only the persons dressed and shuns nudity, for this reason man must put down the “fig leaf of concupiscence” and present himself naked before the sin, so that the evil one does not can attack.

Uroboro Particularly dense with symbology is the snake biting its tail, in Greek Uroboros, which in its circular form symbolizes eternity. In alchemical iconography it symbolizes the circular process of some processes, for example evaporation, condensation and re-evaporation.

In ancient mythological conceptions there is a positive function of the serpent being in relation to the earth; it can represent the blessing of the souls of the ancestors or the faith in healing as in the rod of Aesculapius.

In the pre-Columbian civilizations of Central America the snake has a negative value for all those born under this sign.

Instead Quetzalcoatl, a divine figure covered by the green feathers of the Quetzal bird possesses a deep religious meaning as it unites in itself the symbolic qualities of the snake and the bird giving shape to a real dualistic system. 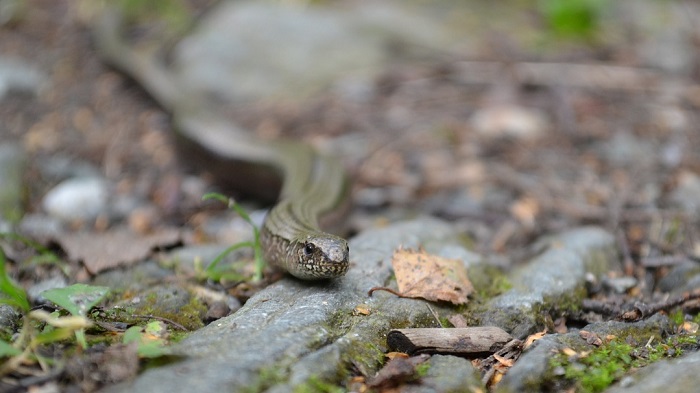 In the esoteric systems of Asian origin, the Kundalini snake, attached to the base of the vertebral column, is the symbol of the vital energy that must be awakened through meditation.

In the ancient Indian symbolism the nagas stand out, semi-divine creatures that guard the treasures of the earth.

Statues often represent these benevolent and auspicious demons under the guise of human beings with a snake body set to guard the temple gate.

The god Vishnu is lying on the serpent of the world; gods and titans wrapped around the mountain of the world (Meru) the body of the serpent Vasuki and only so they could mount the primordial sea of ​​milk turning it into butter.

In China the serpent is the fifth sign of the zodiac and is considered very astute and dangerous; in dreams a sexual meaning is attributed, in fact, the body of the snake is associated with the penis and its triangular head to the female pubis.

The snake plays an important role in Japanese Shintoism a myth based on the animal’s head that recalls the Greek legend of Hercules fighting against the nine-headed Hydra.

According to this Japanese myth, the storm god Susanoo would have killed the eight-headed boa Yamata-no-orochi with the sacred sword that he found in the tail of the boa thus releasing the princess Inada-hi-me who finally married.

In medieval sculpture, a naked woman with two breast snakes depicts the nurse of the vices of lust and voluptuousness, while the expression “raising the snakes in her bosom, expresses the involuntary encouragement of treacherous people.

Snake as a power animal

Snakes are the oldest symbol of creation, bodily and – besides the dragons – the most well-known animal, which is to be associated with the devil and to be equipped with demonic forces. In many cultures, however, the serpent is neither good nor evil but rather a “guardian of the threshold” and watches over the entrance to the realm of the dead.

However, it is also considered a wise spirit animal, which carries the power Kundalini in itself and also passes on. Also, snakes are associated with masculinity and healing (serpent staff of the healing god Aesculapius).

The world serpent Jörmungandr was begotten as well as Fenris and Hel by Loki and Angrboda and belongs to the so-called three Germanic enemies of the world. It spans the world by biting its own tail. It is therefore called the Midgard Serpent.

According to legend, Thor met her three times and twice tried to destroy her.

However, he succeeded only the last time. He just managed to mortally wound her with his hammer when she was already drilling her teeth in his arm and he eventually died from the snake’s venom.

The serpent represents the cycle of life and death, and through its capacity for self-renewal, it was a symbol of rebirth. As she was often regarded as a fertility symbol, she was also associated with Cernunnos.

Snakes symbolize infinity and duality, while at the same time reflecting the rhythms and laws of nature. Since the snake, like nature, can destroy as well as create (skin, poison), there is not only creative potential in the snake, but also something divine.

People with the power animal snake are invited to use this potential and not to let it dust.

Snake medicine is a powerful tool that should be used wisely. Now is the time to recognize and live your own self and your own power – but without using it to the detriment of others. The snake as a power animal helps to reach the next stage of development and to leave life stages behind to start over.

If the snake is your power animal, then you have found in it a wise healer and powerful protector who helps you to maintain your personal life energy. The lesson behind snake medicine is maintaining balance.

But never forget that the serpent is neither good nor evil, for it is a mirror of your own self. It shows you what or who is really in you, what is redeemed and what finally wants to be lived.

Follow the Serpent and it will lead you to your true self so that you can finally become yourself.

So in general, a snake crossing your path doesn’t have to be a bad sign at all and we can see it as a reminder to be stronger and slicker in life to avoid being in someone’s service.

Snake as a Symbol in a Dream

Snakes are interpreted in depth psychology as a phallic symbol and understood as an indication of bodily needs.

From a spiritual point of view, the emergence of a snake in the dream depends on the event. If one or more snakes ambush you, they will warn you of the nastiness or evil tongue of a person from the nourishing environment.

The meaning of colorful snakes depends on the color. For example, a white snake is considered to be the bearer of messages and wisdom, whereas a red snake wants to draw attention to suppressed body needs.

Appears in the dream, the serpent of the Aesculapius, so it announces healing and good luck.

Killing a snake is a sure sign that you will defeat your enemies and become masters of the situation.