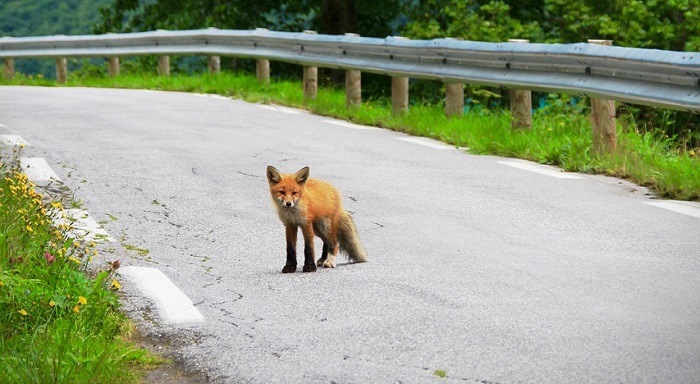 In fairy tales, myths and fables, the fox is portrayed on the one hand as a clever, cunning, nimble, very alert animal, often exploiting the weaknesses of others to compensate for the low body forces, but also as devious, deceitful and boastful.

The underlying archetypal pattern of his behavior is that of the Trickster. Foolishness and wisdom are close together in the fox, as well as in tricksters and fools.

While the fox was seen by the peasants as an invader, predator, and greedy eater who famously aimed at the poultry (goose, chicken), Asian peoples valued his instinctual wisdom and wisdom as a symbol of longevity and cunning; but also as a messenger or spirit of dead souls.

In ancient Greece, he was assigned to the god Dionysus, the god of intoxication and ecstasy (here called “Bassareus”, who wore the fox fur). Because of its reddish color he was considered in ancient times as a fire demon.

Among the Teutons the fox was a symbolic animal of the tricky god Loki, in the Celtic tradition soul companion, who, like the Greek god Hermes, guards and opens doors and gates.

What Does It Mean when a Fox crosses your Path?

In our culture, the fox played a major role as a fertility demon, to which as a companion animal of witches strong bodily impulsiveness was attributed. Foxes were also thought to be the souls of witches who go out and cause harm, while the witch’s body lays half-dead in bed.

In the middle Ages, the fox was often regarded as the embodiment of the devil because of his red coat.

In Christian times, he was, as many animals of the ancient gods, demonized and demonized, in the biblical linguistic usage of deceit, malice, excess and greed associated with him.

Since antiquity, the fables of Aesop and (Middle Ages) of the “Roman de Renart” (Reinhart the Fox), as well as Goethe’s animal poem “Reineke Fuchs” have shaped the image of the fox.

The real or supposed wisdom and cunning, which makes the fox appear as master of every situation in poetry, fairy tales and fables, gave the fox an immense popularity in the popular opinion and is still reflected in phrases: “clever / cunning as a fox” , or “put on the fox fur” (using a ruse).

In fables of Lafontaine, in fairy tales, as well as in today’s advertising, the fox is usually the cunning, clever, cunning, who in the animal kingdom is far superior to the wolf, which is mostly reduced to its archaic shoots thanks to its trickster-like aspects, but occasionally in the hunt for geese (goose) can be duped by these. 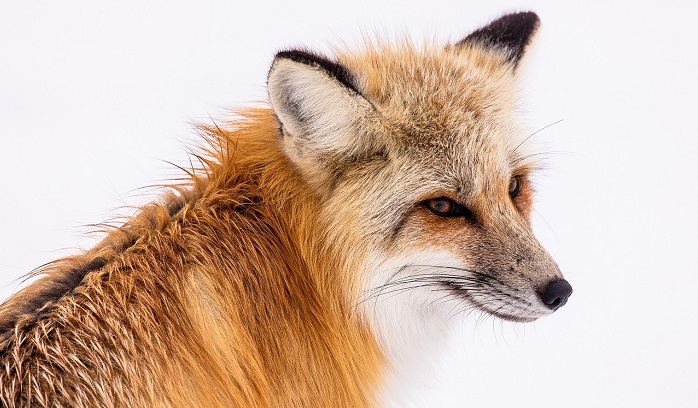 In other fairy tales, the fox is one of the so-called “helpful animals” helping the hero or heroic animal (“The Fox and the Horse”) and giving advice: In Grimm’s fairy tale the “Golden Bird” the fox accompanies the hero with his instinctive wisdom through all dangers, until this comes to the happy connection with the princess and to the solution of the tasks.

In European fairy tales, the fox is often associated with sexuality and potency, as the Grimm’s fairy tale “The wedding of the woman vixen”, becomes vivid, where the fox is equipped as a lover with 7 tails.

In China, the fox’s caution when crossing the ice is proverbial and represented in the 64th mark of the I Ching “Before Perfection”.

In Saint-Exupery’s story “The Little Prince” the friendship between the little prince and the fox plays a big role.

The Fox, as a friend who knows of gentle growth processes in friendships, teaches the prince that feelings make a relationship unique, as well as other central aspects of individuation and the art of living: “Here’s my secret.” It’s very simple: You only see with your heart the essentials are invisible to the eyes. ”

In fairy tales, myths and fables, the fox is portrayed on the one hand as a clever, cunning, nimble, very alert animal, often exploiting the weaknesses of others to compensate for the low body forces, but also as devious, deceitful and boastful.

From centuries of cruel fight (catching methods) between humans and hunted Fox attest numerous phrases, as well as songs whose bite was considered dangerous and poisonous and which is pursued to our present time as the main carrier of the rabies-causing pathogens and shot down: “Fox catching foxes “,” finally the fox is in the noose “,” knocking on the bush “(hunts), nursery rhyme” fox, you stole the goose … “.

Fox as a Symbol in a Dream

If the dreaming sees a fox in his dreams, highest attention is required in the real world, because this dream image is considered a warning against people in the environment of the dreamer, who are not positive for him.

Be careful, because there is a possibility that someone wants to harm you.

Feeding the fox: what is hidden behind the dream?

Who feeds a fox in a dream should beware of being used by other people in a deceitful manner. Perhaps the person concerned is very caring and kindhearted, but at the same time offers negative forces a large attack surface.

Ouch! The fox bit me in the dream

A fox bite can also be a painful in the dream and so it is not surprising that there are problems concealed behind the bite of the fox. These can relate to the love life and the partnership of the person concerned. These areas may cause jealousy and disputes. A biting fox in a dream is therefore often a warning signal.

Fox attack in a dream

If there is a fox attack in the dream world, you may be afraid to be betrayed by another person in the watch world. Furthermore, the dream event reminds us to use our own wisdom in a purposeful and disciplined way. If the fox was mad in the dream, the fear of illness hides behind it.

A fox puppy appears in dreams

To dream of a fox puppy is to give the sleeping person to understand that certain qualities have not yet fully unfolded in it. At the same time, however, the fox puppy also stands for the helpfulness of this person. However, this willingness to help can also hide the pursuit of one’s own interests.

Fox pet in a dream

As the pet stands for personality aspects that can be tamed, especially in psychological dream interpretation, the dream symbol of the fox pet is linked to the question of whether there are certain characteristics in one’s own personality that are less likely to be emphasized would like to. Above all, this is the subtlety.

A fox-wolf: what is that in the dream?

Often we experience dreams in which we have rather a gloomy and not so clear view of the dream happening. So it can happen that we cannot tell if it was a fox, a wolf or maybe even a coyote. In general, the wolf in the interpretation of dreams stands for desire, instinct and aggression.

Dead fox in the dream?

If the fox has suffered death in the dream world, this can be interpreted as a change in the consciousness of the dreamer, who can bring wisdom as well as deceitfulness with him. If it was you who killed the fox, this is a positive dream symbol. In this case, it is possible to implement your own goals.

The foxtail in the dream analysis

According to the general dream interpretation, the tail stands for a remnant, which comes from the own past. If a foxtail can now be recognized in the dream, this may indicate that in the past, one has had negative experiences with the insincere behavior of other people and has not yet been able to fully process this.