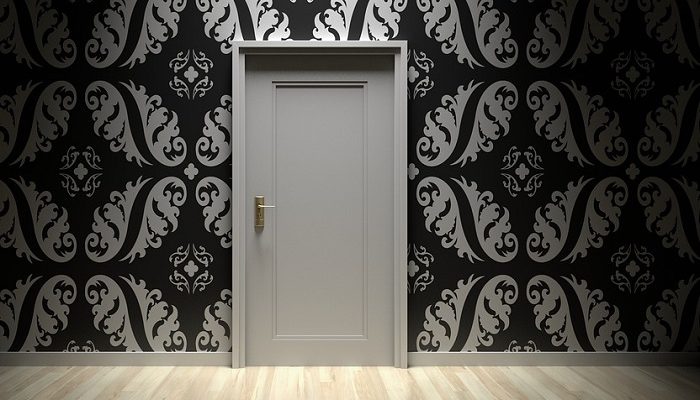 Even the everyday items can have their deeper meaning even if we are not able always to see it since we are busy with our lives and constant struggles.

It just comes to the perception of those things, and we do not see them are deep and significant, but they are, you just need to approach this topic from another angle.

The Doors are one of those things, and if you just look at the history of humanity, you will see its importance that is much bigger then we could ever imagine.

They are defined as the movable construction that assists in closing an entrance or passage – this is the simplest explanation and the most common one.

Their primary intention is to, above all things; protect people or goods in a closed facility, but also for the purpose of ventilation and lighting.

They are giving us a sense of security, warmth and protection from the “evil” that may come from the outside – today that could be anyone who is not “us”, everyone who dares to tackle into our “world”.

But we are wondering, is there anything more to the Doors, maybe they are a passage to some other place if we start with the presumption that all things in our lives have some deeper purpose?

As we know, the Doors are one of those civilizational accomplishments that significantly improved the concept of human life – they represented more than just primitive shelters, people use them and create their homes (in a sense that inside that construction, behind the closed doors there is a life that is lived, along with emotions, passions and pain).

They come in a variety of materials; they have been an invaluable architectural part in all types of buildings, often designed and decorated in order to present the space they protect.

The doors have their esthetic purpose since they are the first thing that someone sees before entering your home.

They are the part that every home has, regardless of their look – they are the place where you enter the object, to say it simply. 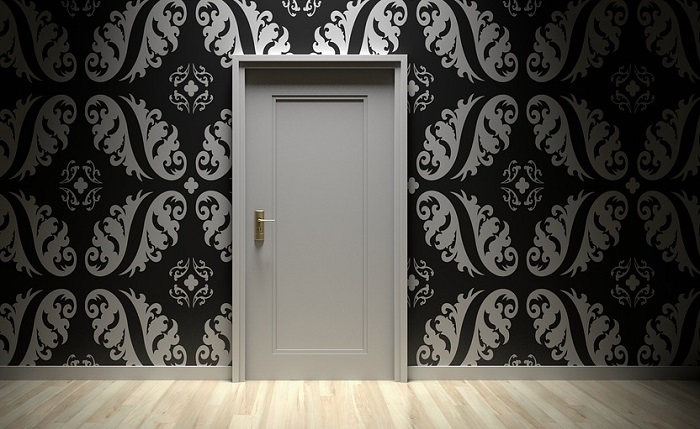 But the Doors are, just like we have said at the beginning of this piece, an object that has more significant meaning – if we want to cross obstacles, we choose the main Door, and going through them will trigger our life energy.

They are, clearly a passage to many other things, and should be regarded as such; and this is something that is seen in every culture around the world, all of which gave some significance to them, and they were often used in some rituals and ceremonies.

As the first man created the Doors to give himself a shelter from whatever he considers to be the menace at that moment, its purpose and appearance were intensified and enriched during a time, and the Doors became the unavoidable object in everyday life.

The most common belief is the one that makes the most sense – they are the symbol for the crossing from one world to another.

In that system, the Doors are the boundary between those worlds and the line that should (not) be crossed so easily.

Most often, one world is the one that is peaceful, temporal and inner, and the others are the one that is hostile, evil, and that represents the danger, not just in a sense that that world will harm us, but it is the world that we should not tackle.

So the Doors are the ones that keep us safe because there is nothing else between us, but then – they are a passage between the familiar, safe space and the opposite; they are the crossing border between light and darkness, prosperity and pain.

As you may know, in Christianity and Judaism, the Doors carry incredible importance – Jesus Christ is the passage (the Doors) to the faith, that is, the Door of salvation.

In this sense, it is not hard to guess why all cathedrals have three doors – they signify faith, hope and love.

These three things as the motives are represented in every church and the passage through the doors are ensuring that we could become closer to one of these virtues.

And all parts of the Door have their purpose and symbolical meaning – this is the aspect that can be seen in many civilizations and traditions around the world.

There is not one of them that do not recognize the Doors as the critical connection point of the real and the supernatural, the place where various protective magical actions are performed related to the most critical moments in family life such as childbirth, wedding, death.

And when you just think about this, you will see how much sense this makes – the bride is carried through the Door, for example, etc.

According to some spiritual guidance, the normal position of the Doors, and to keep the two worlds apart, and protect what needs to be protected, are the closed Doors.

But, if you want to make something happens, in some form of a ritual, the Doors must be open, so that a certain “entity”, “energy”, can enter, or go out.

It is believed that the open Doors allow the soul to leave the body more efficiently and was kept free until relatives returned from the funeral.

All major old cities had four main doors on each side (east, west, north and south), and through them, evil influences were expelled from the home, good ones are welcomed, and beloved guests are received.

It is a custom in some countries that in summer, the Doors were decorated with flowers and plants, all for the purpose of protection. In some extreme cases, the Doors were the place where sacrifices were laid – this is the aspect that is maybe the most familiar, and there is not any pagan or other cults that do not recognize such “task”.

But the one thing always remains – the Doors are the spiritual centre, from which the numerous directions energy flows. They always mark portals where the divine energy is stronger, and with it the possibility of experiencing the presence of the divine: a transition that approaches enlightenment.

If we would make things simple, then we will say that this is the good sign, because everything that has the ability to protect us, and that has such influence that it represents that passage to the other worlds, is a functional “object”.

But, there is so much more to it, it is the object of protective magic, various protector objects were inserted into the Door, especially from the outside, such as a knife, forks, parts of sickles or hair, or different markings such as a cross were drawn on them to protect the household from impure forces.

The Door opens to some mystery. But they have a dynamic psychological meaning because they not only mark the passage but also call for it to be crossed. It’s an invitation to travel beyond.

So the Doors are an opening that provides entry and exit, so it is possible – and in addition the only – transition from one domain to another.

They always mark portals where the divine energy is stronger, and with it the possibility of experiencing the presence of the divine: a transition that approaches the enlightenment.

So they are considered to be the good symbol that gives us the shelter and protection from material and non-material “dangers”, but they are also the symbol that has that thin line that should not be crossed so easily.

In the modern conception of world and life, doors still have a boundary function – they always separate spaces, regardless of the fact that they have been desacralized in the meantime, but they also have an undoubtedly practical, protective function.

One thing is for sure, and whether we look at them with traditional or modern eyes, doors are a very important part of everyday life.

But, there is something that is much more interesting than just the regular usage of the Doors – it is their spiritual symbolism that is beyond compare to anything else.

To conclude, they are the entrance from one world to another, one that is our world that we know and want to take care of and the other is the one that wants to harm us.

So it is the borderline between the two worlds, it is that thin line that ensures us that we are ok and that we are protected from any pain, supernatural or otherwise.

We will conclude this story with one notion – the Doors are considered to be the transition from earth to heaven, and they can also be the symbol of the exit.

With them, we have the chance to exit from the cosmos, beyond the finality of individual existence. But the fact is that we need to be ready for such an event, and we need to do it with the biggest caution imaginable.