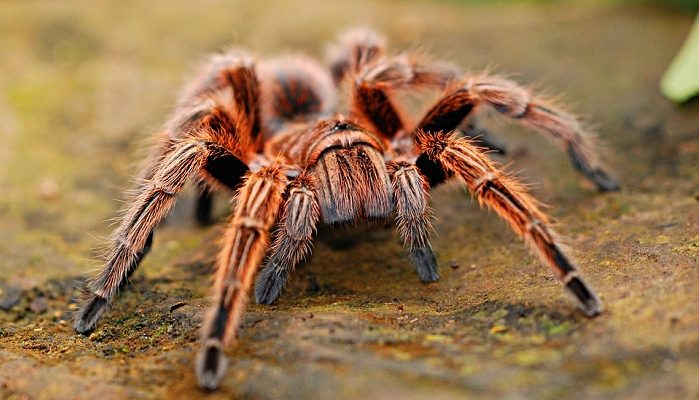 Spiders have been present in mythological tales, folklore and tradition, as well as in popular culture, all throughout human history.

Spiders represent many things, depending on particular cultural concept interpretations originate from.

We know of Greek mythological tales about spiders, African folk stories, hundreds of superstitions from all around the world, popular culture spider characters, such as the hero Spiderman, fictional book characters, such as evil and dark Shelob from Tolkien’s The Lord of the Rings and so on.

Spider geoglyphs are found on locations dating millions of years ago, while spider motifs are also present in popular steampunk designs, as traditional or modern tattoos and even technological symbols.

The ultimate internet network (www. or world wide web) is also an analogy of spider webs, because it is so interlinked;

Spiders do represent many things and ideas. However, generally speaking, some of the first associations are creativity, recreation, endurance, patience and destiny.

There are many ancient deities associated with spiders, because these amazing creatures are considered powerful and skillful creators.

Creator gods and goddesses are often identified with spiders.

Some of the powerful deities associated with spiders are Egyptian goddess of destiny, Neith, Babylonian goddess Ishtar, Roman Minerva;

Spiders in folklore and tradition

Spiders play significant role in many myths and legends all around the world. Even in modern times, we have numerous superstitions about these creatures.

We find them scary, strange, fascinating and inspiring, but always associate them with realms of magic and mystery. 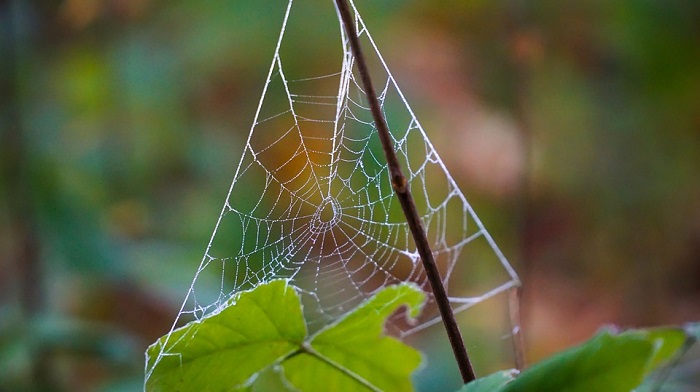 The Ancient Greek story of Arachne

One of the most famous mythical stories about spiders is the Lydian mythology tale of Arachne. The story tells about the weaving competition between the girl named Arachne and one of the wisest and the most powerful goddesses of the Greek pantheon, Athens.

Arachne was extremely skillful in the art of weaving, thinking of herself as so talented that her skills even outshine the art of the goddess. Athens, who was known to be an amazing weaver, challenged the girl to a competition.

Arachne created a wonderful tapestry that indeed has shown her superiority in the art of weaving. It was flawless and more beautiful than Athens’ work.

Athens was so angry that she destroyed Arachne’s work. The girl killed herself out of grief. Once Athens has calmed herself down, she felt guilty about the girl’s suicide.

She brought Arachne back to life in a form of a spider, to continue her amazing work for the rest of her days.

Anansi is smart and funny character, so popular amongst Ashanti people that they use a special term anansesem, which means ‘spider tales’, as a description of numerous sorts of fables.

He is known for his knowledge about all sorts of things and subjects and he is popular as a storyteller.

Anansi’s spider stories are allegories and they always have a moral to teach;

Stories about this character originate from Akan tradition in Ghana. Anansi is also popular in Caribbean folklore, Netherlands Antilles, Suriname, Sierra Leone, on islands of Aruba and Bonaire.

Anansi is sometimes portrayed or imagined in a shape of a man, but he usually appears in a form of a spider.

He is sometimes depicted as a spider with a human face or dressed in human clothes. On some occasions, Anansi appears in a form of human being with spider features (eight legs, for example).

One of the stories tells about Unktomi, the spider trickster, who made the man give him his beautiful clothes, all by his wits and trickster tales.

However, not all Native American folktales suggest spiders are tricksters.

Native American folklore and mythology associate spiders with creation myths, such as the birth of Ursa Major constellation;

According to the legend, the constellation appeared when seven men had climbed the sky upon the web of a spider. Hopi people also think of spiders as spiritual creators. They have a legend about the Spider Grandmother, who created the whole world by weaving her thoughts in a form of a web. This figure is also featured in Navajo tradition.

Famous ‘Nazca lines’ are worldwide known and still very mysterious geoglyphes. One of those represents a giant spider outlines;

Nazca tradition from Peru is still a kind of mystery for other people. These people had appreciated natural forces so much that they have made large geoglyphes representing different animals.

One of the most impressive so-called ‘Nazca lines’ represents a spider and it is located on a southern Peru plain. The true meaning or purpose of Nazca art is still unknown.

Spiders are featured in native Australian art. Depictions of spiders are to be found painted on rocks and spider totems are common clan marks. Spider totems are popular amongst peoples inhabiting Oceania islands, as well. There are also folktales about spiders.

One of the examples is the story about the spider and the fly, originating from Visayan folklore in Philippines.

Japanese people also have stories about spider characters. Mythological Tsuchigumo was a spider-like creature that could also use the form of a woman or a boy. According to Japanese legends, Tsuchigumo was defeated by the Japanese military hero, famed Minamoto no Raiko. Japanese have other spider related legends and folktales.

One Japanese legend tells about Jorogumo (translates as the ‘prostitute spider’), mythical creature that uses its magical powers to transform into a form of a beautiful seductress. Jorogumo does this in order to enchant a samurai;

In Islamic traditions, spiders are respected. A legend tells about Muhammad’s troubles on his journey to Medina and his run from Quraysh military. Muhammad hid in the cave and Allah ordered a spider to cover the entrance with his web, so the soldiers do not suspect someone is inside.

In Jewish tradition, there is almost the same story about David and King Saul.

In Christianity, spiders are often used as symbols of misery and evil forces. Spider web is associated with devilish tricks and traps. Webs also represent fragility of humans.

For long time people believed all spiders were poisonous, so that is the reason why those strange creatures were often associated with malice.

However, there is also a common superstition amongst many cultures and religions, saying that it is lucky to see a spider.

As far as we have seen, spiders are present in all traditions around the world and their portrayals vary. They are seen as tricksters, as powerful creators, mystical, dark and magical beings and many more.

There is no single opinion on spiders’ symbolism interpretation, but for those who deal with spirituality, there are some traits, characteristics, ideas and concepts to be highlighted.

Creativity and longevity – As we have seen, many cultures have their own interpretation of the World’s beginning and creation of things beyond our comprehension, such as the appearance of constellations and stars on a night sky or else.

Many legends tell about divine and powerful spider gods or mythical figures involved with the task of creation. That is not strange at all, because people have been fascinated by spiders’ web making for ages.

The beautiful, weaved structures spider creates in circles remind us of the complexity of existence of life, its constant developing, its bounds and somewhat unexpected turns on our life path. There is a certain magic in it.

Spider creates its web from within its own body, just as we create the world we live in by developing and applying our thoughts and ideas. Spiders are ultimate symbol of life and creation for many people.

Cunningness and resourcefulness – Spider characters from different folktales and traditions are often tricksters. They are smart and cunning, neither good nor bad. They tell tales and make tricks and they are likely to outsmart others in order to achieve some of their goals

. On the other hand, those figures always share advices and teach as some morals. Their lessons exist to teach us to be better individuals, in general.

Spiders are patient beings, but they move fast and attack from shades. They are tricky, indeed. Spider bites could be very unpleasant and dangerous and behavior of these creatures is not so predictable.

This, spider motifs also stand for tricks and cunningness.

Fragility and strength – These two sound opposite, but those concepts are indeed two sides of the coin, when thinking about spider symbolism. Actually, they refer to spider webs. Spider webs are impressive, beautiful structures made out of substances spiders possess within their bodies.

They are magical and enchanting. Scientific researches show the material is so strong that if the web was made in larger proportions, it would be impossible to break it.

On the other hand, those silvery threads are gentle, soft and fragile and we often use the term of spider web to describe tenderness and softness.

It is sticky and dangerous for small insects, but it is too weak for humans. Spider web and spiders thus stand for fragility and delicate things.

Mystery and magic – Spiders are mysterious, kind of dark creatures for most people. We do fear their bites and do not feel pleasant if we see them, especially larger species. However, some traditional cultures consider them magical and divine.

Generally, we do identify spiders with mystery and often use the metaphor of spider web to describe things that are hidden or somehow shaded.

Spider as totem and spirit animal

They know how to deal with obstacles on their life path and are able to adapt to different circumstances, although they are unlikely to change their beliefs.

Spider people know when the time is to show their talents. They do not waste energy without a purpose and are able to wait for the right moment. They are persistent, observant and very intelligent.

People born under Spider totems are wise and they love to explore deeper knowledge. Other could learn much from them, especially about things related to human soul, emotions and behavior. They feed on knowledge of the world around and apply what they have learned tactfully and carefully.

They are also great strategists and project leaders. They feel comfortable around others, but tend to do things on their own.

Spider people are quiet and introverted and they enjoy exploring hidden and deep corners of their own mind and soul. Just pay attention not to get lost within your own self!

Engage in conversation and apply your amazing Spider skills in order to get the best of the destiny has to offer.