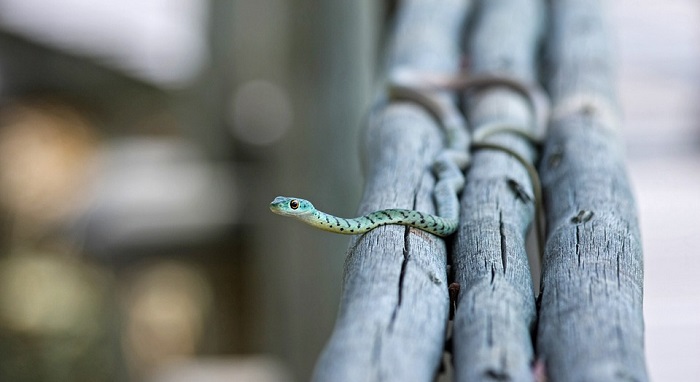 Silent, dangerous and mysterious, snake has always been hidden behind the veil of secrets. Snake is supreme ruler of the spiritual realm, because there is hardly an animal with so many magical power and symbolic meaning ascribed.

For centuries and centuries, people have adored, admired, hated and cursed snakes, these amazing and perilous creatures.

For some societies, snakes were an embodiment of the life itself, pure symbol of existence and mysterious forces that make this world go round.

For others, snakes have represented evil and misfortune. Snakes have been present in art, mythology, legends, superstitions and folktales since the earliest days of human civilization until modern times.

Snakes are some of the most powerful spirit and totem animals, in many different (historical) societies around the world;

Snakes have very complex symbolical meanings, depending on different and numerous factors. It is one of the oldest and widely present mythological symbols.

In different parts of the world, cultures, societies, historical eras and so on, snakes have had multiple symbolic meanings.

They represent evil, darkness, mystery, fertility, immortality, recreation, healing and many other ideas and concepts. In some societies, snake deities had an important role.

Our bonds with these extraordinary animals seize far back into the past.

According to latest archeological findings, snake cult (particularly, the Piton cult) was practiced in Botswana region about seventy thousand years ago! 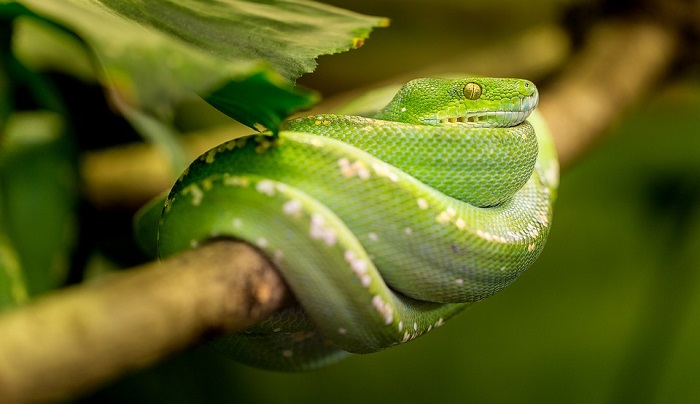 For some of the earliest human societies, particularly in Africa, snakes were associated with the idea of life. This animal had been commonly represented simply as a line, drawn on stones or cave walls.

It is an embodiment of abstraction without a beginning or an end, but a living, moving one.

In some Islamic societies’ languages, a term ‘snake’ is incredibly similar to terms meaning ‘life’. In symbolical sense, snake is one of the most important archetypes for human soul and life energy itself. It is strongly associated with human sexuality and libido, as well.

Snakes are unique and interesting creatures. Opinions on their looks and characteristics are opposite. Many people find snakes scary and repulsive; it is one of the common phobias.

People are generally afraid of snakes and always think about their long, slimy bodies, sharp teeth and poison, their eyes and so on. Snakes are so different from humans and they remind us of legendary and mystical beings such as dragons and aliens.

We tend to ascribe them mysterious and magical powers. Even those who have zero interest in paranormal phenomena, spiritual powers or any sort of esoteric concepts, could be seduced by snakes’ incredibly strong aura and energy they emit.

Snakes have many characteristics that make them stand out of the animal kingdom and because of which they are so interesting to humans. For example, their natural habit of changing skin.

People find this snake natural behavior amazing in symbolical sense. We see it as a symbolical rite of passage, a change, an idea of new beginnings, refreshment, life itself.

On the other hand, snakes are often depicted as evil spirits, associated with dark forces, demons and Satan himself. Christian religion sees them tricky and deceiving.

Snake is one of the symbols with the strongest duality of meanings. It is seen either as a symbol of the most positive concepts, such as life energy and renewal, or as an embodiment of pure evil;

Generally speaking, snakes’ symbolical characteristics are dual and often interpreted in opposite ways. It is hard to determine only few snake traits, because they are all worth of mentioning.

We will try to analyze some of the most common snakes’ characteristics and see how those could be interpreted when talking about snakes as totem and spirit animals. We will mostly discuss positive sides of snakes’ symbolism, because negative aspects are much more popular and better known.

Transformation and regeneration – Snakes shed they skin regularly and this natural characteristic makes them the most popular symbol of regeneration, renewal and transformation. T

hey completely change they skin and appear fresh dressed. It is an amazing way of total regeneration. People have been amazed by this snake characteristic since ancient times. Snake’s habit to change its skin is also seen magical and amazing.

We humans would love to have this ability to be regenerated, reborn, to never grow old and fade away.

Snakes are probably one of the most powerful symbols for transformation and life cycles. They are associated with the idea of immortality, because they seem to be reborn all over again.

Since first days of human civilizations on earth, we have been searching the way to improve our life, to make our bodies stronger, better, durable.

We often despair over the shortness and finality of life. For ages, people have been using a snake motif as a talisman for long and healthy life.

Healing and life – In many societies, snakes represent fertility, life cycle and eternal existence. Snakes move very close to the ground so they are in constant and direct touch with Mother Earth.

This amazing creature is associated with the primal forces of existence and energy that makes us all alive.

In Hinduism, snake is an important part of chakra healing concepts. It is kundalini, a life energy often imagined in a form of a snake.

You are certainly familiar with depiction of Ancient Greek god of medicine, Asclepius, who is always portrayed with his powerful healing tool. It is a stick with two snakes, the famous Caduceus. Asclepius portrays or motifs of his snake tool are commonly used in modern medicine iconography.

It is often seen on logos of pharmaceutical companies and drugstores.

Danger and fear – Snakes are often considered dangerous and they certainly are. Many snake species are poisonous to the point their venom can kill its prey in a matter of second.

Snakes’ poison is deadly to humans, as well. These animals are aggressive and never hesitate to protect themselves. They are generally small, so they have many enemies. Their sharp teeth, incredible speed and deadly venom represent a powerful surviving mechanism.

These traits make snakes creatures to be feared of. We might admire them, even see them magical and god-like, but we are afraid of them. There are far more people who find snakes disguising and scary.

It is something in their appearance and movement that make people get chills down their spine even thinking about snakes. However, there are people who are amazed by snakes.

Whatever your personal opinion on snakes may be, this symbolism is amazingly strong. Snakes are common symbols of danger, malice, threat and fear.

Strength and determination – Snakes are generally small animals, although there are several incredibly large species. Smaller ones use their speed and agility to escape their enemies and to catch their prey, as well. Their bodies are slimy, long and extremely fast.

Apart from that, snakes’ jaws are very strong compared to the size of their body. Once they bite their prey, they will never let it go. Combined with the deadly poison, it is a skill that makes a snake dangerous and strong predator.

Some large species, such as royal piton or anaconda, have muscular bodies and they use their strength to choke their prey. Some of them are so strong that their grip could easily kill a much larger animal.

For example, anaconda’s grip is strong enough to easily kill an adult human being. In symbolical sense, snakes stand for strength and determination.

Speed and agility – We have already said snakes are very fast and sneaky. These characteristic are an important element of snakes’ natural surviving mechanism.

In a matter of seconds, it is gone somewhere in the grass, while in the very next moment it is there, ready to attack. Snakes bodies are designed so they can move fast and silent.

They are hard to notice, they move without making any noise and are excellent ambush masters.

Snake as totem and spirit animal

Snake people are individuals to admire and respect, but to be cautious of. These personas are often enigmatic and difficult to see through.

They enjoy being mysterious and they use this natural gift to both amaze or intrigue others and achieve their goals.

These people are tricky and very intelligent. You certainly do not want to get in their way.

We do not say Snake people are evil or bad, but those individuals know what they want and could be dangerous if you provoke them.

Some snakes are poisonous; Snake people could use their own ‘poison’ to warn others not to take them for granted.

Snake personality has many extraordinary qualities. They are proud, charismatic, enigmatic and determined.

However, they tend to keep to their own thoughts and could be introverted. They feel at best only if they act with all their forces.

They do not feel comfortable with average things. Snake people tend to fall to extremes, both in a positive and a negative way. They are either euphoric or desperate.

The main lesson Snake people have to learn in order to be content is to balance their naturally extreme energy and channel it in a constructive manner.

Snake people express many qualities if they channel their Snake totem energy in a good way. We could talk even though today snakes are usually depicted as evil and deceitful spirits about, many positive traits.

However, these are some Snake totem gifts Snake people should be proud of.

Snake people are generally humble and down to earth, even if they might appear intimidating. They have a strong connection with nature and they love to travel, to explore new places and discover natural wonders.

They have very sophisticated senses, so they are able to experience the world with more passion or devotion than other people are.

They are also able to see through others, because they sense silent vibration of life energy that flows throughout the world and all living things. Snake people could never be manipulated or deceived, because of their polished natural intuition.

These individuals could be introverted loners, but they are generally friendly and sociable. However, they are self-reliant and able to put the wall where they feel it should be.

They do not tend to build themselves within the walls, but are cautious about letting others in. however, once you won a Snake person’s respect, you will get yourself a wonderful friend.

Snake people are extremely flexible and they easily adapt to changes, which is a quality that makes their lives amazing and less difficult.

They are able to cope with the hardest times in their life with patience and without much drama. They are calm, they are able to evaluate the right moment to act and they are not easily put out of their track.

Snake people are often mysterious and they enjoy it! It is something that attracts others and challenges them to find out more about a Snake person.

Snake people are intelligent, artistic and love to inspire others. They often have a unique style or deal with some less common jobs, usually something that has to do with creative skills.

On the other hand, Snake people could express less desired Snake spirit characteristics, if they do not learn to balance strong energy their totem sends them.

These people tend to go to extremes or become overly mysterious and even deceitful.

If you are born under totem of Snake, try to channel this great energy with reason, listening to your inner voice and trust intuition.

Don’t let the attractive idea of using your qualities to get things easier on behalf of others seduce you.

You have amazing qualities that can make your life prosperous and successful, without hurting yourself by going to extremes or harming others by deceiving them.