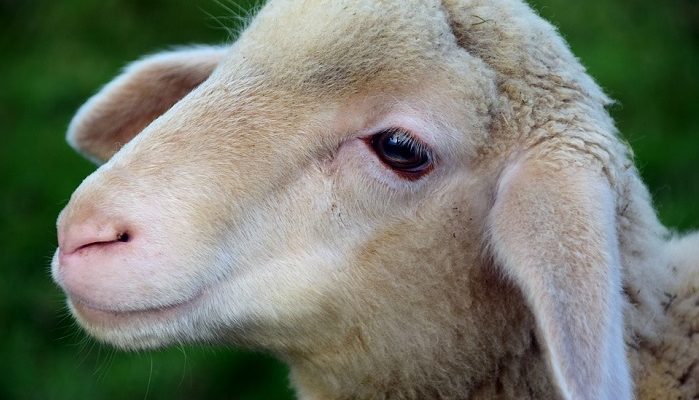 Sheep is one of the most charming and calm domesticated animals. Since ancient times, sheep are associated with benevolence, honesty, nobility and peace.

In other words, sheep are symbol of all those common, but incredibly important concepts that make our lives beautiful and enjoyable. Sheep represent humble and simple, but quality life.

Gentle appearance of these animals reminds us how life is good and how important it is to keep to cozy environment and positive thoughts every single day.

There are so many funny or even offensive sayings about sheep, but if we truly consider their characteristics and historical importance and portrayals, we could easily conclude these docile animals are incredibly amazing and inspirational.

People are often identified with sheep and for a good reason. It is not just about blind following and gullibility. In the Bible, people are seen sheep and Jesus Christ their shepherd.

Sheep are associated with the idea of unity and guidance on a bigger plan. We all want someone or something to guide us through our life, help us overcome difficulties and be there for us.

Relation between shepherd and his sheep is an example of a pure love and devotion, isn’t it?

This is not just a case with Christianity; many other religions and belief systems value the idea of sheep herd and its shepherd and also consider sheep holy animal.

Ancient mythologies and legends are full of stories about sheep. For example, there is a famous legend about the Golden Fleece. Some of the mightiest and earliest Egyptian deities were associated with sheep.

For example, Nile river source deity, Khnum, was depicted as a man with a head of a ram. Ancient Egyptian mythology also connects sheep with god Osiris, while in Ancient Greek tradition sheep are linked to famous half-god Heracles.

Sheep also represent vulnerability and a need for protection, being so innocent and inexperienced in bad things. It also stands for a symbol of unity, friendship, a need for socialization and making relations with others. Sheep is a symbol of belonging and blending in. 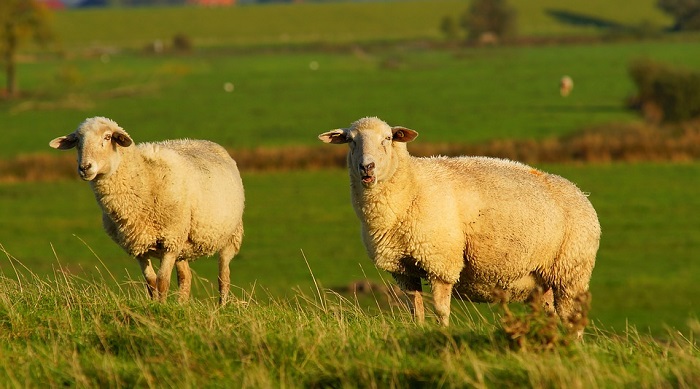 If we think of sheep as totem and spirit animals, these traits could be really used for good, if directed in proper manner.

Seeing sheep in dreams remind us of our natural need to find a place where we belong and where we would feel like home.

Just think of a little, lovely white lamb. You would literally melt down out of pure cuteness! Sheep have been in our surroundings for ages; they are our loyal companions that feed and dress us.

People see sheep in different ways. Some consider them stupid and naive, while many people highly value their nature and, of course, their ‘gifts’. Sheep live in almost all parts of the world and there are different species.

However, their traits are very similar.

In symbolical sense, sheep represent many positive concepts and ideas.

Fearfulness and obedience – Sheep are often portrayed fearful creatures. In reality, that is not completely true. Sometimes they are very hard to approach and to tame, but once you do this, they are likely to be docile. In symbolical sense, sheep represent fearfulness of authority and obedience of the leader.

Those characteristic could be a real bless, if you see them in a right light. Some belief systems value sheep exactly for those traits. Sheep would rather follow than lead, but only because they are able to recognize the right figure to obey.

Their character is not of a demanding nature. They know whom to follow and represent true loyalty, honor and devotion.

Calmness and peace – Sheep are usually calm animals. In spiritual sense, they represent tranquility and harmony. Many societies use sheep motif to promote peace and accent their pacific ideology.

Sheep are unlikely to attack humans, but they would do that if you provoke or hurt them. They are obedient, but not to the point that might bring them harm.

However, they are heralds of good fortune and peaceful approach, in spiritual sense.

Sheep are symbol of simplicity. They do not have to be aggressive or rushing in order to have good life. A sheep needs rich grass to eat, vast space to move around, water and nothing more. They are adaptable and they live in groups, mostly in a domesticated, tranquil environment. We see them tame and peaceful.

Innocence and purity – Sheep and especially their young ones represent innocence and purity. A little lovely lamb is an embodiment of these ideas, in their purest form. It is commonly associated with things divine and beautiful, untouched by sin or any earthly dirt.

In different belief systems, lambs stand for something virgin, delicate, fragile and unstained by any sin.

Unity and company – Sheep live in herds and value the sense of unity. Interpretations of sheep need to blend in a group are dual. It could be seen in a positive way, as an ability of adaptation to circumstances and a sense of collective power.

Sometimes, masses could break the circle of misfortunate events and bring a revolution to life. On the other hand, sheep natural need for being a part of a mass could be interpreted as blindness and complete absence of individuality.

Sheep represent unity, collective spirit and power and the importance of keeping relations with the group. That is an important surviving mechanism for most of living beings on Earth, including humans.

We might think we could do everything on our own, but, in fact, we are sociable creatures and we need others in order to survive, just as sheep teach us in their humble and simple manner.

We have to take a glance on this matter, because it is a specific one, although logical, rather than mystical or spiritual. Black sheep always represent something that remarkably stands out.

However, this could be interpreted in two ways. Black sheep could stand for something that is wrong and bad, that usurps the balance and harmony, bringing misfortune and evil. On the other side, black sheep could also represent uniqueness, extraordinary things and individuality.

Some people would mark themselves as black sheep either in a positive or extremely negative connotation.

Therefore, black sheep is a symbol of the following.

Some consider sheep dull and gullible animal, while others see it as a spirit of pure energy, benevolence and beautiful simplicity of life. There are many other concepts of sheep, both on a bigger plan and an individual opinion on them.

Speaking about sheep as totem and spirit animal, we can say this beautiful creature is simply amazing. Sheep are interesting totems and teachers of the most common, but most neglected matters in our lives.

Sheep totem teaches us to embrace life and live it peacefully.

Sheep people could be such inspirational characters, depending on how they channel their Sheep totem energy.

This totem could be hard to deal with, because its energy could be misleading.

Sheep characteristics could be amazing and truly inspiring, if you balance your naturally calming character with a bit of ambition and inner drive you certainly possess.

Since all of Sheep totem gifts are dual and could make either a great and successful personality out of you or too obedient and naive character, we will try to see these from both positive and negative perspectives.

These are traits mostly considered good and very useful. Sheep people usually show some of the following.

Sheep people have a positive and simple approach to life. They are not demanding or intrusive. These people are usually satisfied with simple and peaceful way of life.

For example, they could be happy living in a country house, in a natural environment, with their family and good, friendly neighborhood.

They are rarely overly ambitious. It is a true gift, because these people could have much happiness in life without constant career hunt and stressful modern time job striving.

These individuals are caring and loving and it is always relaxing to spend time with them.

They are refreshing personalities that make others feel calm and relaxed. The purity and innocence of their character inspire others to be better persons and give Sheep people the positive energy back.

These people see life as a blessing and could be very spiritual or religious.

Sometimes, they can become extremely pious and susceptible of stronger personalities influence, so be aware of that.

Sheep people would rather follow than lead and they have a good sense of authority. They are unlikely to go against the rules, but they might do that if unified with a same goal. They also know what power holds a collective of people. Sheep people are devoted partners and loyal friends.

They know what compassion is and they are good at understanding other people’s needs. They love to help others. Therefore, they are extremely good at jobs that allow them to apply they natural sense of care.

On the other hand, all Sheep totem gifts could get channeled in a wrong direction and make Sheep people too loose on their goals and desire. They easily fall under outer influences and sometimes find it hard to stand out. They could be:

Since Sheep people are generally of a calm nature and have an optimistic way of thinking, they could sometimes overlook others’ intentions. Not everyone has a pure heart and good intentions, as they might think.

Sheep people get easily hurt, because they think everyone is good, so they open themselves too easily and share all their resources with others (their emotions, ideas, material things etc.).

They are fragile by nature, just because of their positive and gentle spirit.

If you are born under Sheep totem, do not let your peaceful nature make you too docile and obedient. You might want to think twice when someone approaches to you.

That does not mean you have to be suspicious of everyone and see only bad intentions in others. You just have to evaluate the situation and calculate the best option. Never neglect your own desires, dreams and goals.

Since Sheep people are rarely overly ambitious and unscrupulous, there is no danger for you to become an insensitive and merciless personality.

Sometimes, Sheep people could show their hidden, suppressed aggressive side. They could be stubborn if you provoke them or hit the right wire. Since they usually act with compassion and love for others, they are unlikely to burst out, because they feel relaxed and calm most of the time.

However, you do not want to get engaged with an angry Sheep person. This trait is usually associated with a ram.