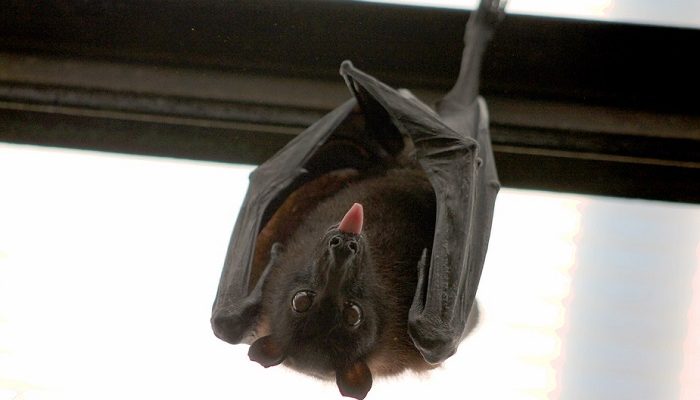 For centuries, they have fascinated people: vampires, devils, deities – mythology has told the bats much of the legendary. As black as the night, they wake up in the same and fly horribly through the dark silence. They are considered to be dangerous bloodsuckers who painfully withdraw their red life juice from their victims with pointed teeth. Hardly any other animal has such mysterious stories and myths as these secret rulers of the night sky.

Since the middle Ages, the image of the bat is negatively represented. Back then it was believed that demons, contrary to white-feathered angels, had dark skins. Even the devil himself is often depicted with bat wings. It seemed that these flying mammals were violating divine orders: sleeping during the day, hunting in the night and hanging upside down from the ceiling. All this led the people to suspect that bats had unnatural powers.

Thus, many of the animals had to give their life and were incinerated to magic, nailed to doors as protection against black magic or hunted as a messenger of the devil. To be precise, bat blood was also mixed into gunpowder. The magic powers of the Orienteers should bring the ball safely to the target.

The image of the bat is negatively influenced in numerous stories and myths by humans. But why did these nocturnal hunters become creepy protagonists? Bats, unlike humans, can easily orient themselves in total darkness. They owe this to their echolocation. Often you see them just as fast shadows scurry past in the sky and rarely from close. This mysterious appearance, paired with the dark backdrop, gives people a shiver of fear.

However, the role of the bat in mythology is not only negative. For example, in China it stands as a symbol of happiness and long life. This is reflected in the Chinese word “fu”, which means both “luck” and “bat”. It brings people five blessings: prosperity, health, virtue, age, and a natural death. For this reason, five bats were often arranged as embroidery on garments or as a round talisman around a tree of life.

Bat – Bad or Good symbol for your home?

The blind mouse is another in a series of powerful Mayan symbols that traditionally associate with the underground world, but also the protection against the enemy.

Like most of the aforementioned symbols, the blind mouse is often misinterpreted only as a carrier of death, because its strength lies in the fact that death is actually a synonym for the rejection of some old, deeply rooted patterns of behavior, all in order to attract new circumstances, new people, new situations that, no matter how uncertain, can completely transform our life.

Bat inside your home is not a bad thing, but in some cultures it can be considered as a negative occurrence. This all depends on how bats are seen in your culture. Like we already said, in some cultures these small animals are seen as good and in others as bad. If you are not superstitious then seeing a bat hanging from your ceiling is only going to create headache for you because you will have to figure out a way to get him out of your home, especially if he scares you.

In the rich tradition of the Mayan people, the bat was known as Camazotz (or simply zotz) and was associated with the divinity tasked with testing the human souls with a huge sword. From there, they encourage the negative side of the story about this creature that carries the symbolism of darkness, violence and sacrifice. But this was not of crucial importance to the Mayans. After all, the bat had its empire – Xibalbu, which we can freely identify with our version of hell.

Therefore, he was expected to be merciless. One should not forget that the blind mouse had the power to destroy enemies and to protect people from evil.

Even the famous Maya book, Popol Vuh, which contains stories and daily myths about the creation of heaven, earth and man, mentions “monsters” in the form of blind mice who found heroic twins Hunahpa and Xbalanque during the underground world trial. Namely, after their father was killed in the game against the rulers of the underground world, the twins decided to escape from the underworld by hiding in their caves, waiting for the day’s dawn. 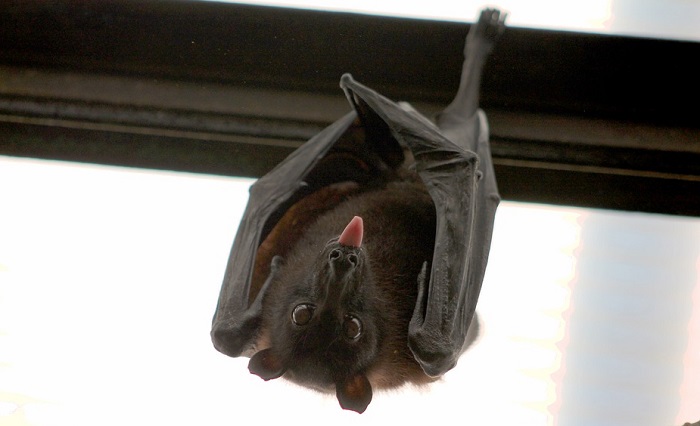 However, as the underground kingdom is a place where the bats are on their ground, the twins soon met the aforementioned “monsters”, and Hanahpu makes the mistake that (in the literal sense of the word) will cost him life. He was beheaded by the great monster and desperate, Xbalanque invites all forest animals to help him bring food and help survive. So before the twin, a gypsy boy is soon found, and he gets to carve himself out and make a new head for his brother! Believe it or not, this move has borne fruit, brothers succeed in finding the way out of the underworld and winning not only Camazotz but all the other lords of that dark world!

From all of the above, it is easy to conclude that the bat is a powerful symbol that invites us to reexamine our goals, look into the darkest streets of our Inner, but also everything that surrounds us, we are based on our egoistic attitudes and transform ourselves into a person who is at all times absolute aware of its existence.

Bat as a medicine

Unlike in Asia, where bats enjoy a good reputation, they are often given a negative role in Europe. We suspect that the demonization of the bats is due to their hidden and unexplored life. Bats are hidden animals. Their daytime hidings are usually hard to find, and on their long-range night flights, they quickly escape human eye.

The fact that bats as well as toads and other “magical” animals were processed in the Middle Ages to magical potions is by no means an invention of the modern age. Until the modern age bats were used in human and veterinary medicine: against eye diseases, against the pain of cattle, etc.

Bat as a good luck symbol

The mysterious sense of orientation of the bats is due to the following stories:

An advantage for our efforts to protect the bats would be if something of the old popular beliefs of many cultures around the world.

Similar to the swallows, the bats enjoy a great deal of negative reputation. But you still have to think that he is a living being and deserves to be alive so he must be spared. If a bat descends through the chimney, it means that the livestock is rich in livestock. In the shop of the merchant, they attract customers.

Luck and love is known to be close to each other. It is no wonder that bats have to serve as love charms. Thus, the allegedly blind mouse and other, sleepless at night, animals in all possible forms and shapes to arouse a blind, sleepless love.

WufuIn China, the bat is called “fu”, which also means luck. In the Cantonese dialect it is called “Fuk-shii”, “Rat of Happiness”. As a lucky symbol, the flapping animals often decorate Chinese flags. Especially well-known was a Chinese Lucky Hog Goggle, which shows the lunar tower as a circular opening flanked by five stylized bats.

The Christian faith associated the bat with the devil and often depicted it with membranous wings, while angels always had bird-wings. Allegedly, the devil flew into the house as a bat. This also meant the devil wants you to sign a contract with him in blood. And of course, how can we forget the so popular mythological creatures, vampires. They have been associated with bats for hundreds of years and the same remains today.

In the European Middle Ages, the animals of darkness were associated with death. One feared the eerie nocturnal hunters mostly and sealed them all kinds of magical powers. The Gypsies in Transylvania sought to protect themselves against a bat flying into the room by quickly throwing as many glowing coals out of the window or door as family members lived in the house. So, the answer to the main question of this article lies in your culture and the way the bat is perceived in it.