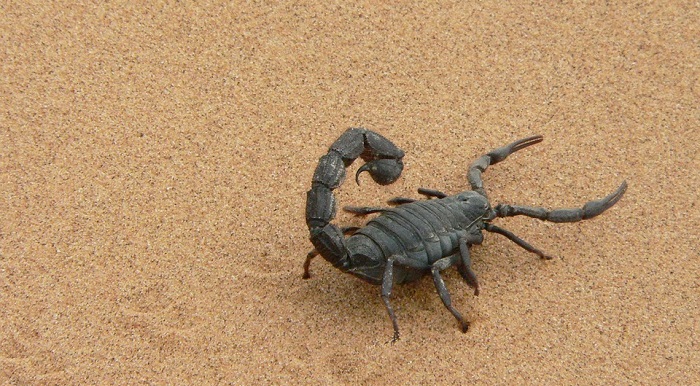 Scorpions are mysterious, intriguing and kind of ‘dark’ creatures that have been inspiring numerous interpretations and beliefs for ages.

Modern society has never been so into astrology and spiritualism as it is now, it seems.

Our need to break bonds with stressful environment, which is inevitable in our world ruled by technology and extremely fast information exchange, had directed us towards forgotten knowledge and wisdom of the ancient.

We deal with spiritual practices and techniques and are particularly intrigued by astrology.

Scorpion symbolism and interpretation ate mostly influenced by astrological perspective of this animal.

Scorpions are primarily seen as venomous creatures in reality or as a powerful astrological and spiritual being, especially as a zodiac sign with its specific characteristics;

Scorpion in mythology and culture

Beside common astrological interpretation of scorpions, there is a Greek myth about Orion and the Scorpion.

According to this ancient legend, Orion was the son of Poseidon and he was a great hunter. The story says Artemis, the goddess of hunt, was angry because of Orion’s pride and claims that is the best hunter ever.

However, it happened Artemis had fallen in love with Orion.

Her brother Apollo and goddess Gaia eventually decided such relationship is not good, so Gaia created a giant scorpion to kill Orion.

The story about Orion and Scorpio has various versions, but the final result is always the same. The almighty Zeus put them both in the skies as great constellations we can still see today; 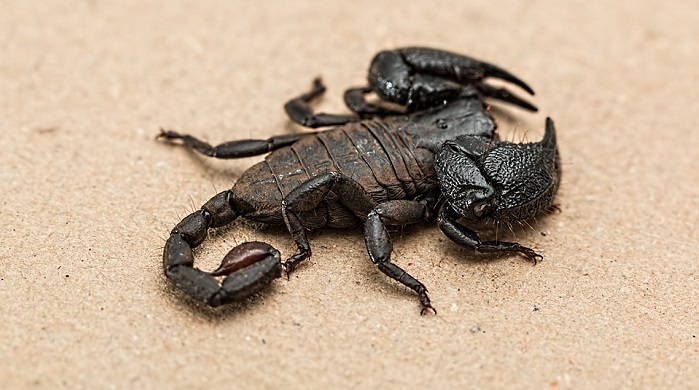 Although this story does not explain a thing about Scorpio’s nature and traits, it does illustrate one of the possible origins of Scorpio as astrologically powerful spirit.

Symbolically speaking, we usually think of a scorpion spirit simply as a zodiac sign.

However, there are societies that worship Scorpion as a powerful spirit. Gypsy people have a special place for scorpions in their folk beliefs. Gypsies believe scorpions rule rivers and deserts, as well as landfills.

For Gypsies, this resilient and dangerous little creature perfectly resembles their way of life and their habits.

In Gypsy folklore, scorpions are seen as spirits that rule waters and deserts and they also symbolize gypsy passion, self-reliance and their courageous free spirit;

Ancient Egyptians did appreciated scorpions, but they were also afraid of these venomous and unfriendly creatures.

However, they used scorpion talismans as a protection from evil forces and bad luck. African shamanic tribes believe in healing properties of scorpions’ poison, so they use venom in their healing rituals and practices.

These spiritual beings are to be paid special attention to, because it also symbolizes revenge, aggression, conflict and stubbornness.

Scorpions are often associated with darkness, danger, venom and deadliness.

In symbolical sense, scorpions are creatures able to survive the toughest situations, just as real life scorpions do.

They are able to adapt to various circumstances and to regenerate their strength.

Scorpions symbolize the power of will, enthusiasm and not giving up.

Scorpion tattoos have been popular tattoo motif since past and among different people, including traditional tribal motifs in Africa, Middle East and South East Asia.

In traditional societies, scorpion tattoos are usually done as powerful talismans to protect people from bad luck and evil spirits.

Today, scorpion tattoos are some of the most popular ones. They usually represent power and strength. Modern scorpion tattoo motifs usually share the following message: beware of me, because I am dangerous!

Urban folklore often uses scorpion motifs; gangs and clans sometimes associate themselves with this dangerous and venomous spider relative and do scorpion tattoos as their clan mark.

Scorpion totem and spirit animal power is best explained from an astrological point of view. People born under this powerful sign are full of contradictions, but they are strong and independent.

Their personality is a constant battlefield between passions and emotion.

Although most of Scorpion people appear tranquil, coldhearted and coldblooded, they are actually a volcano ready to explode. They are masters of disguise and love to present themselves as untouchable and mysterious characters.

Scorpion people are strong, indeed. They are dominant and demanding. They are highly enthusiastic and ambitious once they get inspiration and motivation.

However, they switch mood easily and tend to go to extremes. Scorpions are often either super satisfied or totally depressed. They are prone to emotional outbursts and aggression.

They are passionate and possessive. When a Scorpion person falls in love, it is always a fatal combination. He or she would do anything to nurture and feed the relationship.

Scorpions are amazing partners, but they are intense, very influential, charismatic and controlling.

Sometimes, it is very hard to keep up pace with them, both is a romantic relationship or another form of bond with a Scorpion.

They are honorable and just and particularly sensitive to betrayal.

Scorpion personalities are intriguing, unique and inspiring. They always attract attention, even if their attitude is unfriendly and they appear very uninterested.

Their mysterious presence simply draws attention, even if they do not deliberately seek for it.

However, they do enjoy it. Most of Scorpion people feel confident and comfortable around others people. Despite their proud spirited attitude, they do well in social situations and know how to have fun.

Scorpion people are organized and tactful, but they need their inspiration fuel to move on. They are artistic, intelligent and versatile.

Scorpions have many interests in life, which is both bad and good for them. However, if they have a goal to accomplish, Scorpion people are very committed, determined and persistent.

On the other hand, they are often perfectionists and dealing with failure is a hard thing to do for all Scorpions.