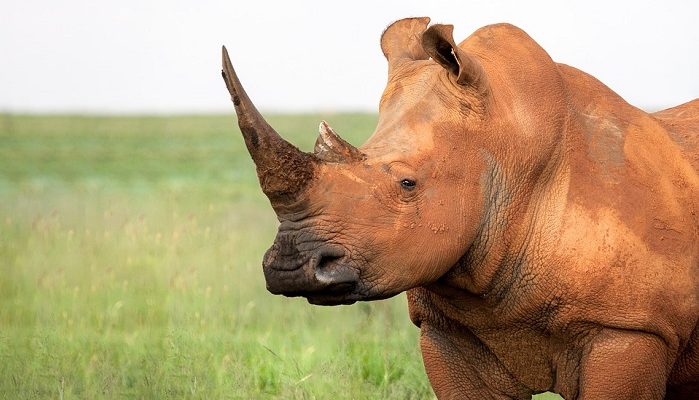 Rhinoceros are some of the largest animals living today. People commonly know them as rhinos, while their original name comes two Greek words; in literal translation it sounds like ‘a nose-horn’.

These incredible animals are related to tapirs, zebras and horses, although a stripped zebra surely will not come up your mind thinking of rhinoceros.

Rhinos are easily recognizable by their horns, having two or one of those spikes on their noses. People believed a skull of an extinct and long forgotten specie of rhinoceros was a head of a dragon;

There is a lot of mysticism about these fascinating animals. People thought a skull founded somewhere in Austria was that of a legendary dragon.

In early sixteenth century, sculptors made a dragon statue, designed after the appearance of the rhinoceros fossil remains, some three decades after the skull had been discovered.

Archaeologists and other scientists found it was actually a skull of extinct rhino animal, centuries later.

Rhinoceros have being inspiring people for ages. They are featured in many beliefs and various types of artworks;
Rhinoceros have been fascinating and amazing to people since they have discovered these interesting animals.

However, that sort of popularity was cruel to poor rhinoceros.

People believed their horns possess some special powers, so rhinoceros were hunted and brutally massacred only to provide people with their lucky charms and magical potions.

Rhinoceros are exotic and inspiring animals. They are featured in art and various types of beliefs and stories.

Perhaps one of the most widely known artwork featuring rhinoceros is the famous graphic by Albrecht Durer. The famous printmaker and painter produced this amazing woodcut in early sixteenth century. What is the most interesting about this piece is that Durer himself has never seen a rhinoceros.

Albrecht Durer’s popular woodcut of rhinoceros was based on a sketch of an Indian rhino, done by an anonymous artist, accompanied by brief description of the animal; 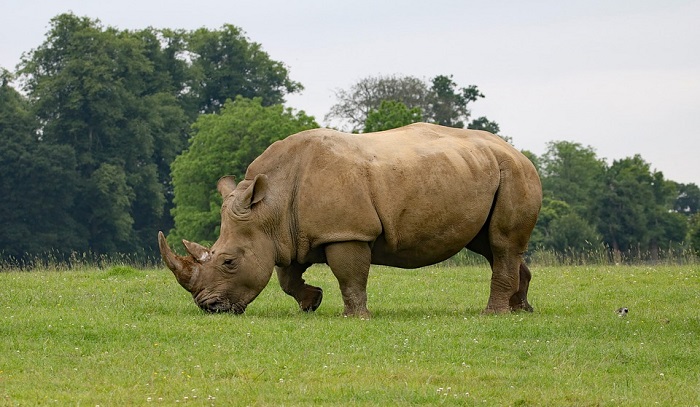 Maybe you did not know, but there are five species of rhinoceros living today. The most widely known is two horned and the biggest white African rhinoceros.

His relatives vary in size and number of their horns, but all of these animals share the same symbolism.

Rhinoceros are believed to possess some specific powers. Unfortunately, many people believe it is hidden in their horns.

Resilience and strength – Rhinoceros’ looks are impressive. Their massive bodies, thick skin and deadly horns make them an enemy you do not want face. On the other hand, they are not aggressive fellows.

If you do not disturb them, it is unlikely a rhinoceros would start a fight. However, their horns are deadly if it comes to that.

Rhinoceros are naturally adapted to endure all climate changes or phenomena in their habitat. They are resistant to various types of outer disturbances, to say so. Being so large and scary looking, rhinoceros do not have many enemies in their natural surroundings.

Unfortunately, they were never able to avoid cruel people’s guns. Overall, rhinoceros are a true symbol of endurance and resilience.

Harmony and tranquility – While rhinoceros are large and strong, they are also harmonious and peaceful living beings. They feed on plants and are happy to spend time walking around and finding delicious leaves. If you observe how they behave in the wild, you will see how tranquil and calm they are.

They represent patience and harmony. Rhinoceros are animals that never seek conflict or fight.

Thinking of their symbolism, rhinoceros are similar to elephants, for example. These are all animals that express their power by their mere appearance. People find them impressive and worth of admiring and respect.

These animals represent true and noble power that requires no cruelty.

Inner softness – Rhinoceros are also associated with kindness and grace. They are quiet and gentle, even if they appear tough and dreadful. Exotic, extraordinary and a bit scary on the outside, but gentle and soft inside, that is how rhinos are.

They are identified with the idea of a kind soul, hidden within the stonewall.

Rhinoceros represent true emotions and a noble heart behind a mask of toughness.

Rhinoceros totem animal is as powerful as this amazing creatures’ symbolism is meaningful to humans. Rhinoceros people are unique individuals who appreciate the world around them and other people.

They are good mannered, kind and caring people, but sometimes they appear reserved and cold.

Rhinoceros people could find it hard to show their true feelings.

Sometimes, they play their role of toughness only because they do not know the other way.
Introverted and vulnerable

People commonly take Rhinoceros personalities as reserved cold and arrogant individuals. For the best part, it is not true. These people are loners and introverts, so they have difficulties express their true feelings. That makes them appear indifferent and even cruel.

They sometimes push others away only because they are afraid of being hurt.

If you are a Rhinoceros person, use your impressive personality to get closer to people, not to chase them away.

Rhinoceros people are strong, so their emotional side usually helps them achieve great, steady and fulfilling relations with other people, once they get rid of their suspiciousness.

People find them intriguing and unique, because of their mysterious and somewhat introverted behavior.

However, they hardly get by unnoticed, whether they like it or not. Embrace your uniqueness and enjoy it, you could do great things.

These people are patient, calm and humble. They do not seek flashlight and luxury, but a harmonious family life or a life dedicated to their hobbies and professional interests.

They generally feel good in their skin and are not so driven to make bigger changes or take risks. They enjoy the beauty of small things that make our lives joyful.

They value every single moment in life and share their positive attitude with their loved ones.

Rhinoceros people have noble hearts and they are likely to help others. They would use their strength and resources to help someone they care about, rather than waste them away manipulating people.

They know they could do that, but their souls are too pure.

Rhinoceros people appear insensitive, but that is the exact opposite of what they truly are. They are great friends, parents and partners.