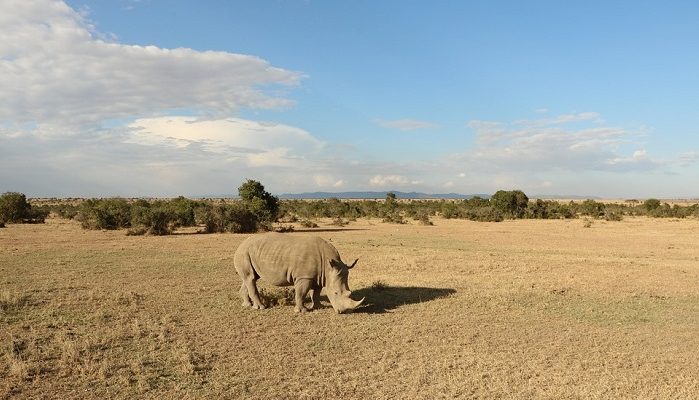 Rhinos or Rhinoceros are remarkable large animals easily recognizable by their specific appearance. These are ancient animals, originating from prehistoric times.

Although we know them for their horns, there are some fossil remains suggesting there were once rhinos without horns.

However, even the name of their family, Rhinocerotidae, speaks about their interesting appearance.

Today, most of rhinoceros are endangered species, due to merciless hunt they had been facing over the time.

Rhinos’ Latin name originates from two Ancient Greek terms, rhino, which stands for ‘a nose’ and keras, meaning ‘a horn’; Rhinos inhabit parts of Africa and Asia and there are five subspecies. People have always considered them fascinating and extraordinary creatures.

There are numerous historical accounts on amazement and surprise people expressed on their first encounter with this strange animal, out of its natural habitat.

Due to belief that rhinos’ horns possess incredible healing properties, these poor animals have almost suffered total extinction and today are to be found on the list of endangered species;

Traditional healers in areas rhinos inhabit commonly used these animals’ horns to make medicines for prevention of diseases or a cure.

For example, Ancient Chinese would use them to make some powdery substance, which was believed to successfully get people rid of fever, hangover, rheumatic pains and more.

Others would hunt and kill rhinos only to get or sell their horns as trophies or decorative artifacts!

Five rhino species vary in size and number of their horns. The biggest one is two-horned African white rhino, while the smallest one is Sumatran rhinoceros; 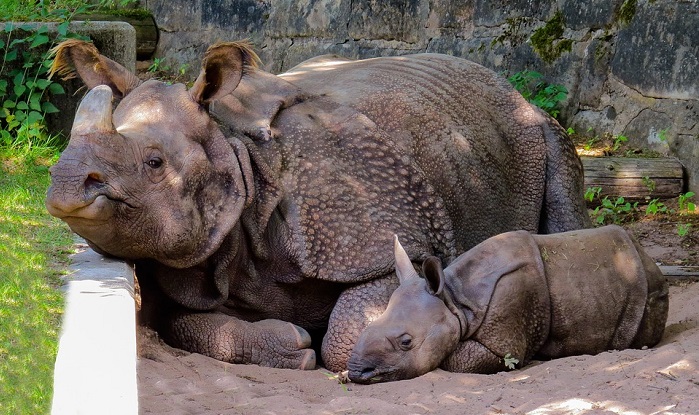 Rhinos have always been interesting to people, especially to those living in parts of the world these animals do not inhabit. Rhinos are some of the most amazing and oldest exotic animals.

These strange giants are believed to have already mentioned special properties, but are also considered symbols of strength, kindness and peace.

Although they might appear dreadful, rhinos are generally calm and quiet beings.

Strength and endurance – Rhinos are large, massive and strong animals, although they are not aggressive. In fact, they are timid and avoid people. However, if disturbed or attacked, a rhino would fight back. Their horns are a dangerous weapon and can make serious or deadly injuries. Well, we could say it is unfair for rhinos to face such severity only because they have impressive and allegedly healing horns.

In addition to their amazing physical strength, rhinoceros have thick and harsh skin that makes them quite safe from many threats from their environments.

All these characteristics make rhinos a powerful symbol of strength, endurance and survival.

Calmness and peace – Despite being so large and strong, rhinos do not seek fight at all. They are satisfied by roaming around alone and eating plants. They would never attack another living being without a reason. They fight only to protect themselves.

That is the reason rhinos represent harmony, peace and tranquility.

Kindness and gentleness – Understanding of rhinos’ non-aggressive nature make us associate these animals with kindness and gentleness. They symbolize softness hidden behind the mask of strength and toughness. While rhinos are indeed harsh on the outside, their behavior is calm, peaceful and quiet. This is probably one of the features we commonly ascribe to people.

Rhinos suggest it is possible to be kind and gentle even if you look tough and strong.

There is a certain grace in strength, as well. Even those who appear merciless on the outside might possess their soft and kind side.

Rhino is a powerful totem animal, because of all the traits and ascribed symbolical meanings mentioned.

People who are born under this totem are strong in every single sense, but they are also well-mannered, good hearted and kind towards others.

They are calm, laid back and steady. Rhino people are great friends and caring family members.

Rhino people value small things in life. They understand destiny has its own way of settling things down, so they do not get disappointed or depressed so easily.

They are able to accept that things would not always develop the way they have imagined, but they do not get discouraged.

On the contrary; they are steady and focused in their plans and decisions, but able to alter them.

These people are humble and rarely ambitious. They are happy to lead a calm family life.

While rhino people are not as social as some others are, they do like spending time with friends. They make other people feel positive and relaxed in their company.

Their stories are calming and full of good advices on how to deal with different life issues.

Rhino people have rich life experience and they do not mind sharing with others, especially if their stories could be helpful to someone.

People born under the Rhino totem possess great inner strength and they are physically strong in many cases.

However, they do not use their strength to intimidate or manipulate others. They are protective and supporting.

An expression such as ‘gentle giants’ could perhaps describe some of those people. They are very positive and strong willed, but not persuasive or intrusive.

They keep on track and rarely risk or rush in making decisions.

These people are steady and determined. Once they decide what they would like to do, they will work to achieve it. If faced with difficulties or failure, they would patiently wait for the right moment to keep on going.

However, they are able to adapt to changed circumstances, but they will still do their thing without bothering others.

Rhino people are emotional and caring, although they might appear exactly the opposite.

Once you get to know them, you will discover a soft and vulnerable soul behind that strong façade. That does not mean rhino people pretend to be tough and avoid showing emotions.

Not at all. That is simply their humble, a bit reserved, and shy nature.