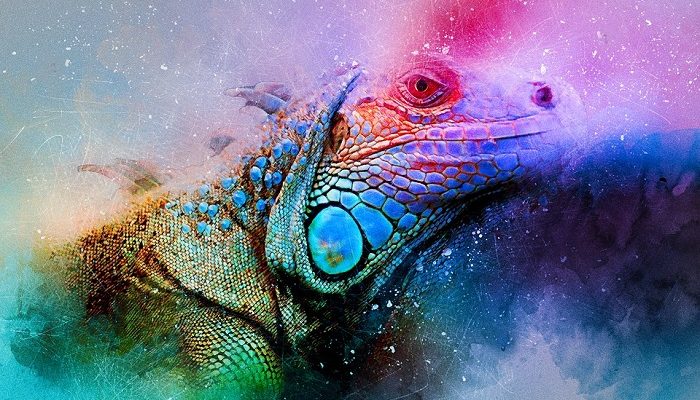 Reptiles are some of the most ancient living beings on our planet. They are fascinating and strange, because they are so different from humans and mammals.

These animals belong to a completely different group of living organisms, which makes them intriguing and not so easy to understand.

Beings that are so different from us have always had special and even magical meaning to humans.

Thus, reptiles are powerful and mystical totem animals in many cultures.

The most popular reptile spirit animals include snakes, lizards, crocodiles and their relatives, tortoise and turtles;

Reptile symbolism and spiritual meaning varies depending on cultural concept we explore. However, there are some common characteristics associated with all of them.

Their cold, dry or slippery skin, their strange eyes, their movement and ability to be unbelievably still, venom (if they are poisonous), magic, mystery and danger.

Of course, not all of them share every one of characteristics mentioned and they have specific traits of their own nature.

Beliefs and superstitions about reptiles

Have you ever wondered why there are so many stories and superstitions about these strange creatures?

Why do we feel uncomfortable speaking of snakes and alligators, for example?

Do we fear them or admire them, or both? 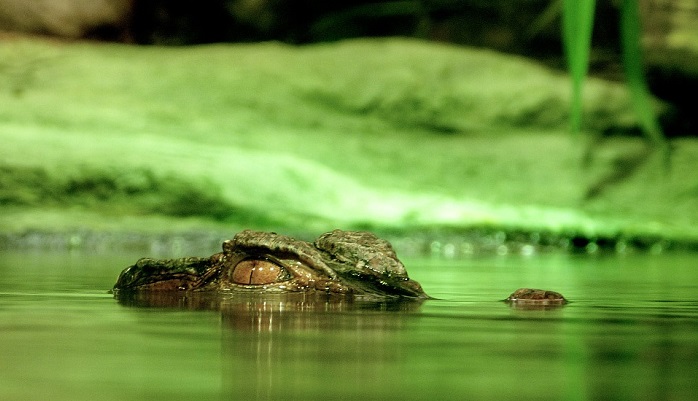 Well, all of these are true. Creatures so different and amazing, which possess some skills, fascinate people or traits we find hard to comprehend.

Snakes are present in many mythological systems all around the world. Superstitions and beliefs about these amazing creatures are abundant.

! Snake stories are hard to kill. Old Irish legends tell Saint Patrick had banished all the snakes from islands of Ireland, but snake legends have lived on.

Interestingly, there are snake related beliefs amongst Eskimo people, who actually do not have any snakes in their living environment;

Christian tradition has never been in favor with reptiles, snakes especially. These creatures are often portrayed as evil, deceptive and maleficent. The Bible often mentions poisonous snakes and their ‘evil tongues’, associating them with lies, secrets and deceit.

In Christian tradition, snakes are seen symbols of lying, temptation, lust and deception.

We all know about one of the most famous Bible stories about the Eve and the Satan’s snake in the garden of Eden;

On the other hand, positive Christian depiction of snake is present in the story about Saint John. Snakes were worshiped and admired by ancient societies such as Ancient Egypt and such attitude is still present in some African and Asian cultures.

For example, there are semi-divine portrayals of snakes in India. They are called Nagas.

Chameleons are unique reptiles with many intriguing characteristics that make humans amazed, but afraid of them, in a way.

First of all, chameleons have that strange and unusual habit of changing their skin colors, they have tongues almost twice times longer than their bodies, excellent vision and eyeballs moving independently of one another.

During the time of Dahomey Kingdom in Africa, people believed chameleons fetch fire directly from the Sun. They were believed to be some kind of mystical creatures. This description also reminds us of dragons;

Chameleon symbolizes change and transformation, patience, waiting, but also stands for an unreliable and inconsistent person. Lizards have always been inspiring to people.

They were said to possess magical powers in Ancient Egypt, all around Middle East, Mediterranean, as well as in Australia.

Australian Aboriginals believe lizards are sacred and that the doom will come upon the earth if you harm or kill them;

Crocodiles are dangerous, bloodthirsty and silent predators that make people feel uncomfortable, amazed and afraid. Crocodiles are the world’s biggest reptiles and they are featured in mythologies and folktales in Africa and near East, mostly.

One of powerful Ancient Egyptian deities was Sebek, the crocodile-god, portrayed as a man with a head of a crocodile. Sebek was god of treachery, deceit and passion of vicious sort;

Turtles are generally considered positive spirit animals, unlike all those others that mostly inspire fear, combined with admiration and adoration. Turtles are admired for their longevity and calm, patient way of life.

They are commonly seen as symbols of wisdom and knowledge. In many cultures tortoise is featured in creation myths.

According to different sources of beliefs, turtle is believed to carry the world through the universe;

Reptile symbolism is kind of a complex one, because these animals are various, they are different and all of them are present in different cultural and belief systems all around the planet.

However, they do have some things in common, as we have mentioned above.

At the very least, peoples’ conception of reptiles is ambivalent. We are never sure what exactly to think about them.

However, we might consider some basic interpretations, which are important if you look at reptiles as spiritual messengers or totem animals.

Here are some of ideas and concepts people usually associate or identify with reptiles..

Adaptability and longevity – Reptiles are believed to be intuitive and extremely adaptable animals. They could even lower their body temperature, slow their heartbeats and do other strange things in order to survive, to endure long periods without food, to catch prey or else.

They could survive in different environments and are able to endure circumstances we find unspeakable.

Reptiles are generally associated with long life. Think of a tortoise, for example. Did you know there are giant tortoise species with a lifespan over one hundred years?

In addition, we have already said reptiles are some of the Earth’s earliest vertebrate inhabitants we know of.

Patience and wisdom – Reptiles are quiet, agile, fast, but patient. They are extremely good in evaluating the situation. They would wait for the right moment to attack and catch prey animals. Reptiles are masters of disguise. They represent patience.

With patience comes wisdom. Some of the reptiles are believed to be somehow connected with the realm of deeper knowledge and insight. In many cultures, some of them are symbols of knowledge, secret lore and wisdom.

Solitude and freedom – Reptiles are solitary animals. Unlike many mammals we know of, reptiles spend their lifetimes alone. They do not need any sort of community to survive. They seek for other reptiles only to mate and produce progeny. Reptiles are often associated with coldness, lack of emotion, toughness and freedom.

Reptiles are quite self-reliant beings. They are able to adapt to various conditions, without any help. They are well equipped to survive on their own. They are not to be tamed, domesticated or manipulated.

You could keep a snake or a lizard in a terrarium, but you could not really think of it as a cuddly pet.

Sun energy – We use many expressions related to lizards to describe a person who loves to sunbathe a lot. That is what lizards indeed love to do. Reptiles are believed to absorb Sun energy, which is found mysterious and magical in some cultural systems.

Biologically, they really need warming sunrays, because their blood is cold.

Reptiles’ habit to sit still exposed to sunlight for hours, appearing numb and paralyzed, has always fascinated people and made them feel a bit anxious.

Why they don’t move? How they do it? Are they dead?

Well, if you disturb their sunbathing session, you will discover how much alive these fascinating creatures really are. Do not try this with a crocodile, please.

Threat and danger – Jokes aside, reptiles are always associated with danger and threat. In addition to real threat some big or poisonous reptiles do represent, there are many superstitions and beliefs about their evil or vicious nature.

Perhaps one of the most popular ‘alternative’ beliefs is the modern one about reptiles and secret powers that rule the world.

One of the ongoing conspiracy theories tells our world is ruled by reptile aliens in human form; Why reptiles? Aliens are commonly seen as strange beings with some reptile features, perhaps because reptiles (and insects) are by far the most unfamiliar living beings we know of.

They are different enough to associate them with fictional beings.

Reptiles are inspiring totem animals. There are many of them, but the most important ones are these we have talked about in this article.

In general, Reptile people are intriguing and interesting individuals with many great qualities. They are mysterious and might appear dangerous or even negative to others.

They are very intuitive, patient and understanding, but if you provoke them, you will make an enemy you do not want to face.

They are somewhat tough, but honorable and just. Crocodile people can be aggressive, but only in rare situations they have to express their strength in order to stand for their cause or defend themselves.

Lizard people are believed to be resourceful, intelligent and very active. They do not like to spend much time at one place, they are adventurous and agile.

They are friendly and humble, but they could be trustless. Their unsteady nature is in opposition with basic reptile symbolism, because they are not as patient as others are.

However, that makes them grab opportunities in life, have wonderful experiences and embrace life to the fullest.

People find them dark and unique and admire their knowledge, wisdom and intelligence. These personalities are very charismatic and influential, but without much noise or drama.

They are down to earth and stabile. Their negative side includes manipulative skills, deceit and trickery.

Turtle people are positive spirited. They are good friends and listeners. They possess great knowledge about the world and people love to hear their stories and take advices from them. Turtle people are vital, resourceful and able to deal with difficult situation in life with wisdom and patience.

Turtle totem is very protective, so these people are naturally relaxed and unafraid.

Chameleon people are laid back and relaxed, very friendly and good-natured. They are easy to talk and deal with, but they are never to be manipulated.

They are masters of disguise and know how to act in different situations. They evaluate situations very well and are extremely adaptable.

However, sometimes they could get lazy and so laid back they miss great opportunities. They are also unique and chic.