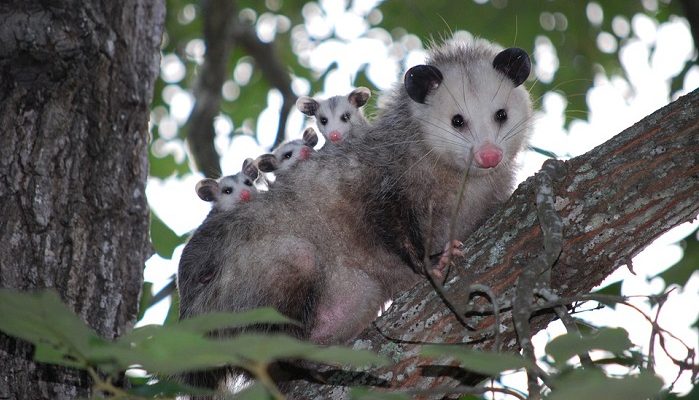 Possums or opossums are small mammals of which people have many different opinions.

It all depends on particular circumstances; these little marsupials are often seen nothing more than pests, since they are not useful to people, but could only make trouble.

They are present in traditions of people they live close to. Interpretations vary, but they are mostly seen as clever creatures and tricksters.

However, there are numerous of amazing facts about them, which make them incredibly interesting in spiritual sense.

Before we pass on to interpretation of opossums’ spiritual and symbolical meaning, let us discover some amazing information about them.

First of all, opossums are one of the oldest living species that inhabit Earth in exactly the same form as they had millions of years ago.

Opossums or possums are an incredibly old specie that has been living on our planet for at least fifty millions of years, completely untouched by further evolution.

They belong to the family of Didelphidae and are some of the oldest and the most primitive mammal species of the New World.

Did you know that opossums are literally ‘living fossils’? they inhabit the Earth for at least fifty millennia, completely unchanged;

The most remarkable characteristic of opossums is, of course, their marsupium, which we commonly refer to as a pouch. There are about seventy-five sub species of possums and they have different habits and behavior.

Some opossums live exclusively on trees, some on the ground, while several subspecies swim and spend half time in water. 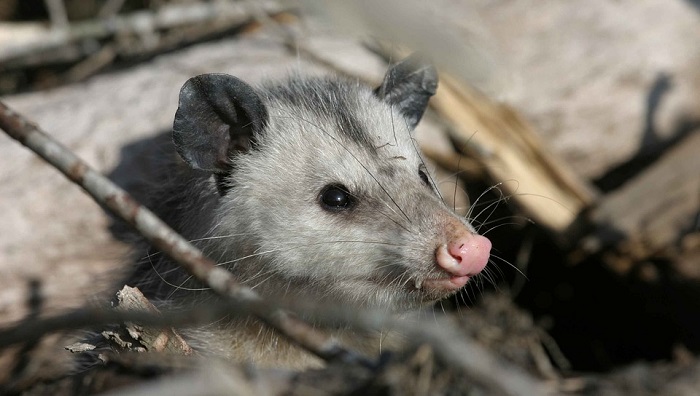 Size of opossums varies, depending on particular animal. All of them have excellent vision and hearing.

Another recognizable opossums’ feature are their strong and long tails. An opossum’s tail is strong enough to carry the whole weight of the animal, while hanging from a tree branch;

These ancient mammals feed on various sources of food. They eat snakes, insects, small birds and their eggs, rodents, plants, fruits and vegetables.

They are omnivores and would not hesitate feeding on carrion, as well.

However, opossums are common prey animals for many bigger predators, including pythons, coyotes, mountain lions and others.

Opossums have a remarkable way of escaping predators. They act dead!

They are able to lie down, with open mouth and eyes, for about five hours;

Opossums developed a special strategy to escape predators and avoid to be eaten by them. When a possum senses the danger is near, it just falls down to the ground and play dead.

Possum hopes the animals would only pass by if thinking it was dead (animals of prey are often exclusively hunters that feed on living prey).

A cunning tactic, isn’t it?

Did you know these small mammals are immune to snake venom? Yes, it is amazing and it allows them to hunt and eat snakes;

These cunning fellows do not hesitate to attack one of the deadliest snakes on Earth, the rattlesnake.

Opossums are immune to their venom. Just to mention, rattlesnakes’ venom is deadly for people, if the bitten person does not get immediate medical help; if so, you could die within the day or two.

This little marsupial has no fear of rattlesnakes, because its poison is harmless for possums.

Opossums inhabit tropical forests, rainforests, in mountains, besides rivers and even in urban settlements in Central and South America.

Certain number of these animals also lives in northern parts of North America.

Opossums commonly make their homes in deserted buildings and have that nasty habit of ruining crops or attacking fowl.

Farmers hate opossums and think of them as nasty pests, because they commonly destroy crops and kill fowl;

Opossums are present in traditional beliefs and stories of Native Americans and in Australia, since some species inhabit those lands.

People think of these animals differently, but no doubt, they have some amazing characteristics that make them spiritually and symbolically interesting.

For example, Native Americans think of them as tricksters, while Australian people associate them with determination and success.

Cunningness and trickery – Now that you know about the impressive strategy possums use to outsmart their enemies; it is not hard to imagine this clever animal is a powerful symbol for cunningness. Opossums are true masters of disguise, role-players and tricksters. Native Americans admire opossums for this technique.

Tribal warriors were actually using the same tactic as an efficient hunting strategy.

Opossums are master of role-playing and they are known for this skill.

No wonder they have survived all those millenniums. Opossums represent trickery, but it could also be interpreted as intelligence.

They need to use their wits in order to outsmart those stronger deadly predators.

Determination and readiness – In Australian folklore, opossums represent the will to achieve goals, focus and determination. They believe this spirit animals possess great strength and consider it a powerful totem. These animals are surely able to survive many difficulties and to stand their ground.

They represent readiness to face the challenge.

Adaptability and resourcefulness – Opossums are extremely adaptable to various environments and able to find food literally anywhere. They have specific and efficient survival techniques, but they are also equipped with characteristics and skills no other living beings have. They are cunning, highly adaptive and skilful.

Opossums are not scary animals and they do not hesitate searching for food even in human residential.

Fertility and childbirth – Did you know that females give birth to more little ones than they could actually take care off? Those little ones that do not feed on mother’s milk (because there is not enough for all) die. This is a natural cruelty, indeed. However, it makes opossums symbols of fertility and abundance.

In Mexico, there was an old superstition that opossums’ tails protect the newborns and help mothers with delivery.

Mystery and secrets – Being nocturnal creatures, often associated with mischief, opossums also symbolize dark magical forces. In addition, there is the deceptive technique of avoiding enemies and resistance to snakes’ venom. If we put these three characteristics together, we get an incredibly powerful spiritual being of shadows and darkness.

However, it all depends on your personal opinion and relation to these interesting, ancient creatures.

If you feel good about them or they appear in your dreams and waking life, it may suggest this mysterious creature is your guardian spirit.

If you put things that way, opossums might yet be perceived as good spirits. It is only the matter how you interpret their traits and use their spiritual energy.

Opossum totem is a tricky one, because of mixed u ideas people have about these animals.

Some would say they are negative, mischievous and deceiving.

Being experienced in disguise and acting, opossums have gained bad reputation.

However, these characteristics do not necessarily be used only for trickery and to somehow hurt others.

Opossum totem could be your helpful life guide, only you have to be very careful with channeling its energy.

Opossum people are commonly associated with darkness and secrets, mostly because these animals are by nature nocturnal beings.

It is true they like to keep a shadowy veil around themselves, but that is often a misunderstood behavior.

While other people usually think Opossum people use it to deceive others or selfishly hide some important information only to them, the truth is many Opossum people are shy and suspicious.

They are fragile and gentle and that is the way to keep themselves away from harm, especially in emotional sense.

These people love to be alone. They lean towards complete isolation, but that is not necessary. They prefer jobs and tasks where they could express their individuality or simply to work alone.

They do not like large groups or grandiose events that event many people. They do not feel comfortable as team members.

Opossum people are very organized and focused to their work or hobby.

Opossum totem people love cozy places and are a bit of bookworm personalities.

That does not bother them at all, but when they want to get more knowledge and need to step out of their comfort zone in order to get it, they feel anxious.

It is hard to get to know them and enter their life. They sometimes appear arrogant and reserved, because they do not like to engage with overly sociable people.

They need to find someone similar to themselves, which is a hard task.

However, once they find people they share opinions and habits with; they express great respect and love for that people.

Their standards are quite high and they would not even consider getting close to people they do not find at the same intellectual level.

This makes Opossum peoples’ lives a bit complicated. If they are total introverts, they usually do not mind it, but most of them are not.

Try to overcome that hidden arrogance and embrace other people as they are.

Although opossums are associated with deceit and trickery, Opossum people actually use such ‘talents’ for their own good and not on behalf of other people.

They are talented in many things and they could become very successful.

If they overcome their social anxiety, Opossum people could even be found on prominent leading positions.

They are responsible, dedicated and strong-willed when it comes to making decisions.

They are hard working and focused.