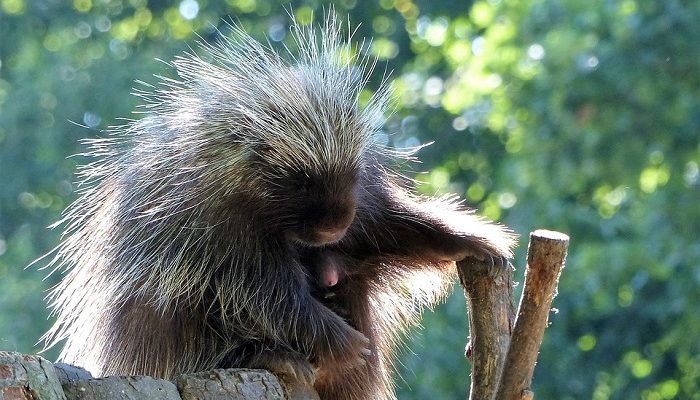 Porcupines are unlikely to win the competition of animal kingdom ‘beauty selection’, but there are qualities these strange animals surely possess.

They are rodents, some of the largest on Earth and they live everywhere on the planet. Porcupines or quill pigs inhabit parts of Africa, Asia and Europe.

People have always been finding them intriguing, because of their distinctive looks. They have more than thirty thousand pricks all over their body and have the ability to move them, completely pulling them down to their backs or raising them up to frighten the enemy.

Porcupines are the largest rodents in Africa. They live all over the world and make an interesting example in animal kingdom;

Porcupines’ pricks are particularly interesting to people, so no strange at all these animals are commonly used as a symbol in spiritual sense. Their symbolism is rich and it has not changed over the years.

Porcupines are not dangerous animals, even if they might look so. One of the worlds’ most famous philosophers, Arthur Schopenhauer has an interesting explanation on their looks and behavior. Let us discover what he said.

When porcupines feel cold, they seek for others to cuddle up and get warmer. It would be easier if they did not have quills, for sure. When they get together, they stab each other, which is bad. Being cold is bad, as well.

That is the reason why porcupines need time to adjust their mutual distance, in order not to harm each other, but to still get some warmth and feel comfortable.

That distance, the philosopher says, represents good manners. Schopenhauer concludes, politeness means being able to help each other, without hurting anyone, so all participating sides feel good and comfortable.

You see, porcupines are caring and dear animals, despite their strange and somewhat threatening looks.

However, they also use their quills to protect themselves and chase away predators. They are likely to make their enemies afraid of them, rather than attack or hurt them.

Porcupines are fearless creatures. Let us find out what are their spiritual powers and hidden symbolic meanings. 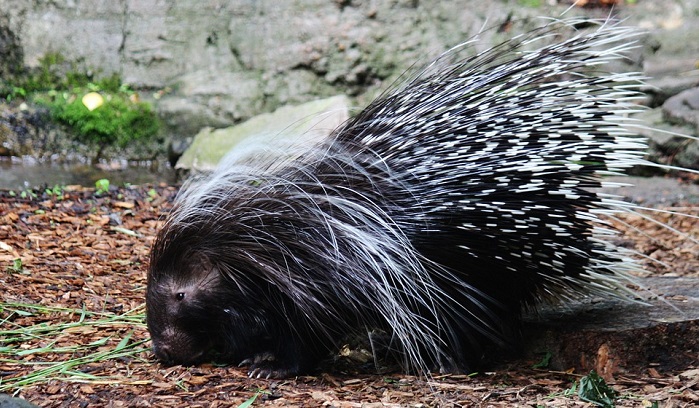 Did you know that porcupines’ name explains their behavior?

Literal translation of their name means ‘those that raise up in anger’, which is exactly what porcupines do. Well, we would say they raise their quills when feel threatened or scared, rather than angry.

Fearlessness and courage – These little fellows are not fearful. They are pretty tough, resistant and able to endure many difficulties. Their special body armor makes them quite safe from predators’ attacks. Who would like to bite or touch someone protected by sharp, intimidating spikes? Not only porcupines use their quills to keep predators at a fair distance, but those also represent an effective protection from environmental, natural dangers.

Porcupines are also known to have excellent climbing skills, although they might not appear as acrobats on the first glance.

They have very strong legs and feet with specially designed curved claws that help them grab branches and tree bark.

Did you know that some porcupines also use their tails as a helpful equipment to climb trees?

Because of all of these skills and characteristics these special rodents are considered symbols of strength, fearlessness, toughness, endurance, agility and skillfulness.

Deception and secrets – Despite having tens of thousands of quills and intimidating looks, porcupines are not dangerous animals. They do not seek fight or strive to attack and hurt other animals. They simply use their appearance to keep themselves safe. Their quills are not as sharp as spears or blades, but they look like they are. In addition, there are so many of them!

This is a true mastery of disguise; to be soft at heart, but to appear dreadful for the purpose of self-protection.

Porcupines are nocturnal animals, so they are naturally associated with mystery and secrets. During the day, they are unlikely to be found, because they spend the daytime being hidden and sleeping. They hide in trees, caves and even snow banks.

These interesting animals are able to find a safe place in different environments. They seek some dark, shadowy spots to cuddle in. Porcupines love hills and forests, deserts and green plains; they are able to find some good, shadowy place everywhere.

Porcupines are associated with the power of nature, its endless mystery and secret powers.

Protection and kindness – As we have mentioned, porcupines mostly use their remarkable spiky coat for purpose of self-protection. This is an amazing defense mechanism! Just as Schopenhauer has said, porcupines would only make sure to keep the distance from creatures that might harm them, but in a way of only warn them and keep them at bay.

These animals are symbol of care and kindness, as well. They are very sociable and live in large groups, caring about and protecting each other.

They are true symbol of family, mutual love, understanding and respect. It might look strange that an animal with so tough appearance actually stands for kindness and love.

However, this softness and grace lies there hidden behind numerous thorns.

Porcupine personalities are truly amazing people, with some remarkable qualities. They are the ones who always play the role of an ultimate protector.

They are great philanthropist, with fully developed empathy and a strong need to help others.

Porcupine people care for their society and the ones in need. They love their family above all else, support their friends and people they love and respect, but they often do much more on a bigger plan.

Porcupine people care about others, sometimes even more than they care for themselves. They would do anything to make sure their family members, children, partners or friends feel comfortable and safe.

They do not hesitate to help or give advices. They are way too smart to get manipulated or exploited by others.

They have good intuition and always recognize false appeals or pretended needs.

These people express great compassion and never restrain themselves of showing their emotions. They are self-confident and positive minded, which makes them able to openly express their feelings about others, without feeling vulnerable.

They have strong sense of responsibility towards the society they live in. They do not find it hard to be kind and polite in any situation.

However, if someone were mean or rude to them, they would ‘raise the spikes’.

While on the outside Porcupine people might appear tough and scary, they have soft hearts and gentle souls. They are very friendly, talkative, playful and funny.

However, their tough-like performance sometimes keeps other people away.

Porcupine people know how to use their talent for deception and evaluate the situation. If they really want to get closer to someone, they know when the time is to put their guard down.

Porcupine individuals are strong and able to deal with all the difficulties in life. They are humble and noble in all the things they do. They respect others’ opinions and would always listen to what someone else has to say.

They are noble and full of understanding, but would never let someone plays with their emotions.

Above all, they are humble. Porcupine people are satisfied with happy and joyful family life; they do not seek fame and glory, but true love, loyal friendship and a house full of laughter.