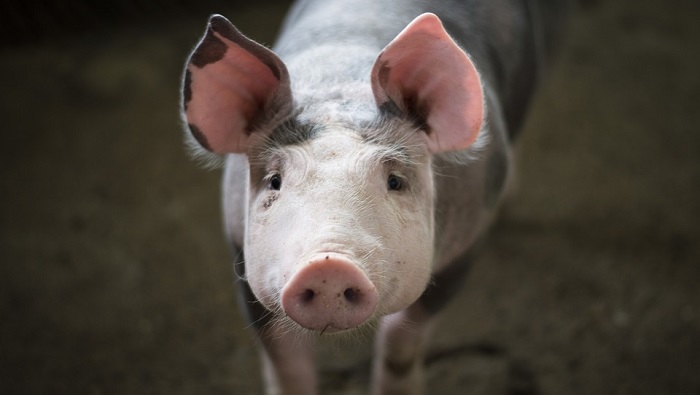 Pig is probably the animal we people have the most conflicting opinions about. It is an animal we had domesticated a long time ago and that has been sharing our domiciles for ages.

Many societies and cultures have its meat on the menu, while others not. Reasons are multiple, but the most common is the idea of pigs’ impurity.

Pigs are often unfairly considered creatures that do not deserve any respect and yet, they are very important to humans.

There are millions of bad sayings about pigs. We identify them with ideas of dirtiness, impurity, lust, laziness and so on.

We would often say for a person that neglects its hygiene or such that he or she as ‘a pig’. We also think pigs are simple, even stupid beings, with a very low-leveled sense of value and preciousness.

One of the most popular quotes from the Bible, Matthew 7:6, says: Do not cast your pearls before swine.

This quote suggests you should not offer or present something valuable to people who would not recognize the true worth of these things.

It also suggests something about pigs; those creatures lack sense of value, importance, everything is dull and does not deserve any praise;

Do pigs deserve such ‘treatment’? Are they indeed so worthless? We would not agree. In the first place, they are important for people’s life and existence.

On the other hand, this is one just one of religious portrayals of those animals. In some cultures, pigs are considered lucky and fortunate spirits and living beings.

In some others, they are even despised. For example, Muslims do not eat pig meat, believing this animal is too dirty in both realistic and symbolical way. 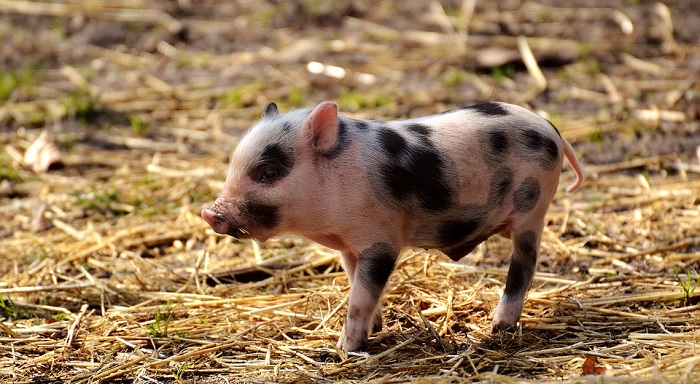 Apart from these bad depictions of pigs, there are belief systems that think pigs are amazing creatures. Chinese ascribe them many positive traits, which the reason why pigs are one of Chinese zodiac signs, for instance.

They are often associated with concepts of luck, good fortune, positive outcome, richness and abundance.

Historical evidence proves pigs were tightly bound to one of the most powerful and worshiped Egyptian goddess, Isis. Similar importance is to be found in Nordic mythology and Native American traditions.

All these people believed pigs are fortunate animals. Well, they were commonly offered as sacrifice animals, so we think pigs would not agree they are so lucky animals.

We eat them, as well. Jokes aside, pigs are always been at the crossroads of symbolical realm. They are either admired or completely underestimated.

In Chinese zodiac, pigs are the twelfth sign. They are the last one, but not the least important. Chinese have been associating this animal with abundance, prosperity, richness and success.

They also consider pigs symbol of fearlessness, independence and responsibility. Pigs are highly valued in Feng Shui. Pig figurines are to be placed inside people’s homes in order to bring money, great professional relations, career success.

Piggy bank is not given to people, kids mostly, without a good reason, Not only the little bank itself has a purpose of collecting money, but its special pig design gives it special symbolical and spiritual value and power of attracting material fortune;

Responsibility and making decisions – As a spirit animal, pig could teach us many things, despite it is believed this animal is lazy, lusty and greedy, in some parts of the world that has no respects for these animals.

Besides these few negative interpretations, pigs represent ambition, protection and strength. Symbolically, pigs teach us to divide important and unimportant things in life, to seek our goal and focus.

Economic responsibility – Pigs are moderately active, but they also remind us to enjoy life and please ourselves from time to time. In symbolical sense, pigs are mostly associated with professional development and career aspect of our lives, concepts of money and economic success.

Ability to decide what is of importance and what is not is probably the most important lesson from a pig spirit to us. Pigs represent responsibility, professional development and career advance.

Laziness – Pigs are animals lazy by nature, which is the main reason why people were able to domesticate them so easily. They have a weakness that makes them so vulnerable and easy to manipulate. Pigs love food and they love all sorts of food.

These animals are omnivores, meaning they could eat literally anything. This is a trait both good and bad, in spiritual sense.

While it makes someone able to adapt to different circumstances and survive on any sort of resources, it also makes a person greedy, lusty and lazy.

However, this also suggests pigs value simplicity and modesty in life. Most of the time they just walk around and eat.

They remind us to recognize the beauty of simple things in life, such as, for example, fine weather day or so. On the other hand, it could easily turn into laziness.

Intelligence – We may think pigs are dull, but the fact is these animals are more intelligent than most of other domesticated animals. The thing is, in people’s environment, where they live with humans and generally serve the purpose of food, they do not have need to show their wits.

Pigs have a high level of intelligence compared to other species living close to humans.

Pig as totem and spirit animal

Pig totem gives an individual protection and support, primarily in a material way. It brings money and good fortune, teaching its pupil about deciding about values and goals in life.

Pig totem also brings abundance and fertility, meaning there are great chances people born under this totem will have large and loving family.

These individuals are usually successful in their career and love life. They are loyal, warm and good friends.

It is believed Pig totem people are naturally fortunate and they do not have to worry about money. Somehow, they always have enough money and they tend to be rich.

These people attract great business relations and know how to deal with it. They invest a lot of material goods and physical, emotional and thinking effort in projects they are upon.

Such determination and focus rarely betrays them. Pig people are often successful businesspersons and they easily get rich.

Pig totem people are responsible and intelligent. They know how to handle things in life, on booth financial and career plan, as well as in emotional and relationship part of their life.

These people are protective of their loved ones and are good friends, ones you could rely on and relax. They are amazing and passionate partners and lovers, as well.

They love large company of people, so they usually have big families, more than one child and a great circle of friends around.

On the other hand, Pig people qualities make them easy to succumb to challenges of comfortable life. If they accomplish their financial goals, for example, and secure their life in economic manner, so they do not have to think about money, they could turn either greedy or lazy.

Some Pig totem people just surrender to joys of life, spending most of time just indulging themselves and doing nothing productive.

At certain point, it makes them depressed and lost in the world of pleasures, which is not always as positive as it sounds.

Other Pig totem individuals could become greedy, always demanding more and more. The fortune and richness they have is never enough.

They could become unpleasant, overly ambitious, greedy and stingy people others would rather avoid. Pig people are determined and intelligent, but they natural laid back manner makes they easy to get lazy and they natural attraction to pleasure and money could make them greedy.

Pig totem tries to teach you to use these gifts for your own good. It is important to take the first lesson with understanding and caution.

Decide what is more important to you. Do not try just to grab everything life has to offer; because there are many things we constantly are challenged by. Do not succumb to your greed, be smart.

Pig totem people are usually able to make almost the perfect balance of their characteristics and traits and feel content and accomplished in all aspects of their life.