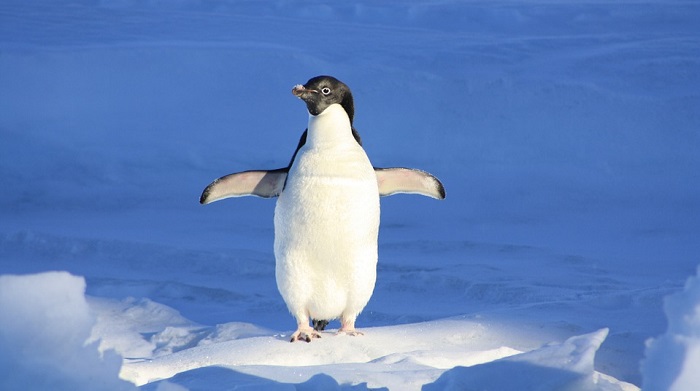 These amazing, elegant, non-flying birds are simply enchanting. Penguins seen in wilderness are certainly something you will not forget, if you get the chance to experience that wonderful phenomenon.

However, most of us meet penguins only in zoo, but they still amaze us. Penguins are exotic and interesting to most of people from around the world. They are of a calm nature and not especially afraid of humans.

In popular culture, there are many portrayals of these fascinating birds. Penguin motifs are often used as logos and mascots. They are also featured in many filmography works, cartoons and comics, literature and so on.

Their unusual and remarkable ‘coat’, lack of fear and natural cuteness are traits that make them so attractive to humans.

Penguins also possess very good spiritual and totemic characteristics and Penguin people are considered kind, resilient and loving individuals. We will discuss penguins’ traits and characteristic in the following paragraphs.

There are several species of this bird family and the largest are Emperor penguins. All of the species are admired and now legally protected from hunting. Collecting of penguins’ eggs is strictly forbidden, as well.

Did you know Norway has a penguin king? Sir Nils Olav, penguin living in Edinburgh Zoo, is an anointed knight. King of Norway knighted this guy personally, back in 2008. and made him Colonel in Chief of Norwegian Royal Guard;

Penguins are simply irresistible. They win our hearts easily, with their elegant tuxedo-suits-like appearance, funny and cute walk, impressive acrobatics and kind, tranquil nature. These animals are extremely loyal partners, caring and loving parents, adaptive to harsh southern icy environment and not intimidated by other living beings.

To be honest, there are not many living beings threatening penguins in their remote Antarctica habitat. Explorers were the only real danger, back into past.

Penguins are incredible animals and their symbolism is quite well established. Let us see what are the main traits, concepts and characteristics attributed to these birds and what is the hidden symbolism within.

Survival and adaptability – Penguins’ natural environment and habitat is quite challenging for all other living creatures. These birds are highly adaptable to such conditions. Their elegant tuxedos are made of specially designed coating. 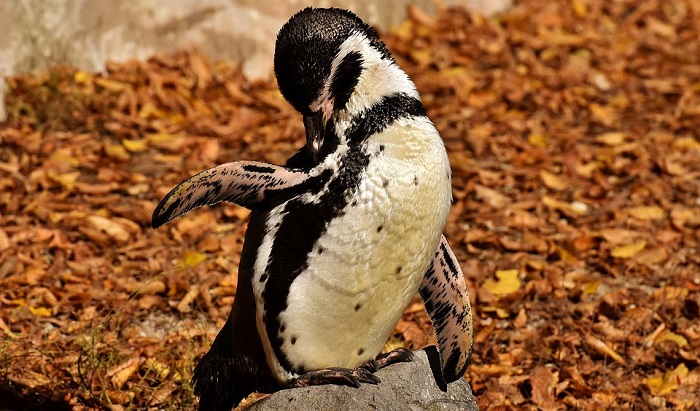 They have thick skin, a lot of fat and perfect, water-resistant feathers. They live on the ground, usually in places where they have a free access to water, so they could catch fish they eat.

However, their habitat is sometimes very close to merciless ocean shores, stricken by severe cold icy winds and waves.

No other creature could possibly survive such environment, but penguins are naturally predisposed to endure these ruthless conditions. Therefore, they represent an incredible adaptability in every possible sense. They are flexible and well adapted to survive cruel Antarctica.

In symbolical sense, that makes penguins a powerful spirits of survival and adaptability.

Loyalty and devotion – Penguins are a great example of natural monogamy. These birds spend their lives with one partner; they are loyal, kind and loving. They are devoted to their chosen partner for an entire lifetime, which is rarely seen in animal kingdom.

Although humans do change partners, the concept of a ‘lifetime companion’ still prevails. Penguins’ behavior is similar to us in such matters. Penguins are generally monogamous.

They would choose one partner with whom they start a family. What fascinates us even more is the fact they are extremely kind and devoted to their partners.

Penguins are an exceptional example in animal kingdom. Their affection to their loved ones is what makes us literally melt. These birds are loyal and loving partners and parents.

Friendliness and sociability – Although penguins are not real ‘friends’ to us, it is worth of mentioning they are not afraid of humans at all. This could be explained by the simple fact they have no significant threat from predators in their natural habitat.

During time of first South Pole expeditions, explorers’ dogs were danger for penguins. However, since that time, penguin hunt and egg collecting has been strictly forbidden by law. Penguins are somewhat curious about such unexpected visitors.

In general, they would approach humans at a reasonable distance. Humans do not frighten them, but if you step closer, they could get nervous and upset. Penguins are always found in massive groups, so they are also identified with mutual help and general friendliness.

Penguins are social creatures and they never live alone. Symbolically, they represent the power of unity, friendliness and openness.

Parental love – Penguins are strongly identified with the concept of parenthood. As we have mentioned above, these animals are an exceptional example of monogamous creatures in animal kingdom. They are also loving, devoted and protective parents.

Each penguin couple would do anything to protect their eggs and young ones. Having in mind penguin cubs are incredibly cute, you could easily understand why people are so fascinated by the scene of a penguin family.

They keep their cubs safe, hiding them beneath their thick and warm bodies, guarding them and keeping them well heated. They always take care about their eggs and young birds.

Each penguin family is an incredible portrait of a perfect couple with adorable kids. Penguins represent family love, parenthood, parental devotion, care and loyalty. They would never let their cubs or eggs unprotected or exposed to dangerous conditions.

Elegance and formality – Penguins remarkable appearance is what makes them particularly interesting to humans. Different species of this bird family slightly differ in their appearance, but most of them have strict black and white ‘clothes’.

However, Emperor penguins’ ’tuxedo’ is probably the most striking one! Penguins’ appearance is elegant and sophisticated. They look as they are ready to enter the opera, a fashionable classy restaurant or some other place of a kind.

They represent all of the concepts mentioned, which makes them totemic aesthetics and good manners ‘gurus’.

Penguins are inspiring and fascinating totem and spirit animals. Penguin people express great qualities and traits worth of admiration. Penguin totem offers you a lot. Unlike other spirit animals, penguins are mostly associated only with positive concepts, meaning it is hard to reverse their guidelines to negative direction.

These are the main traits of people born under the totem of Penguin:

Penguin totem would teach you how to use all of your sources in a good way and make the best of opportunities you are given. Penguin people are usually highly productive and they do not need much luxury or perfect conditions to achieve what they want. Penguin spirit animal guides you through hard phases of life and teaches you embrace circumstances you cannot avoid.

It will help you go through tough situations in life and grow even more resilient to life’s challenges.

Since penguins are naturally extremely devoted and loving partners and parents, that makes them incredible spirit animals, worth of looking up to.

Your penguin totem will help you discover kindness within your heart and learn to appreciate other people’s emotions.

Penguin people are usually very good parents, protective and caring, but they do not spoil their children. They are loyal and affectionate partners.

Penguins would mate with the same partner for all seasons to come. Both of parents take care of the nest, eggs and young ones. They nurture them until the young ones are able to take care for themselves, to feed and hunt on their own;

Penguin people are sociable, just as their totems are. They love to be in large groups of people, to meet new friends and make connections. They are good team members. This animal spirit teaches us the importance of community and unity.

People born under this totem are generally open to new relations, but devoted and loyal to their partners. They would never cheat or commit adultery.

They are not easily seduced and are extremely unlike to go against the law or be unjust towards others.

Most of penguin species live and breed in massive colonies that count over thousands of members;

Penguin totem teaches us the importance of good manners and elegance. People with this spirit animal guide are usually easily adapted to high society; they love luxury and sophisticated people, places and events.

There is a possibility to become spoiled or act as snobs, if they do not learn to balance their sense of aesthetics and good manners and expectations.

Be true to yourself and nurture classy behavior your totem teaches you, but not on behalf of other people’s feelings.

Penguins are present in popular culture, usually portrayed as cute, funny and friendly characters. The most popular and adorable examples are penguins from animated movie titled Madagascar (these fellows actually have their own series) and Sanrio character Badtz Maru (Sanrio is popular and versatile Japanese kawaii design company).

They are present in anime, comic, cartoon and movie achievements of all sorts.

There are hundreds of logos featuring penguins, all over the world. Penguins appear cute, friendly and adorable, so it is easily understandable choice for school and college teams’ mascots.

Penguin tattoo meaning – Penguins are pretty common tattoo motifs, believe it or not. In some cases, these adorable fellows are a motif of choice for people who would like to express some of the qualities mentioned in sections about penguin symbolism.

People interested in totem and spiritual power of animals would also get a penguin tattoo motif to mark their relation with this inspiring creature.

However, in most of the cases, penguin tattoos are just an artistic expression. An individual would choose a penguin motif to accent their uniqueness and extraordinary taste.

We have said these tattoo motifs are common, but certainly not as dragons, roses and Chinese letters. Having a penguin tattoo could easily catch attention and questions about the choice, if visible.

Penguin tattoos could be designed completely simple or very artistic and complicated. They do not have to appear cute at all. It all depends on the wish of the client.

However, penguin tattoo motifs are always interesting, whether for some hidden message they embody or tattooist artistic skills alone.