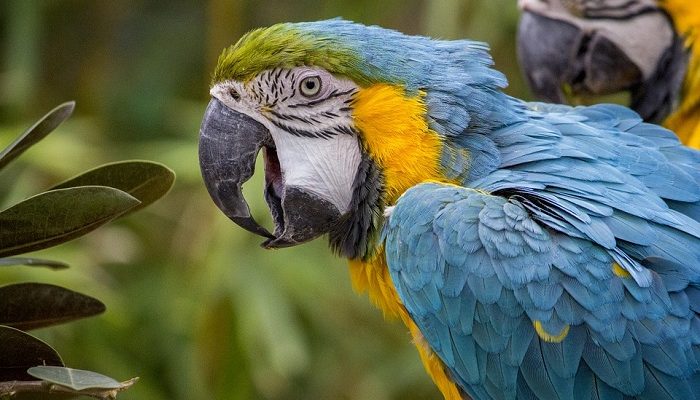 Parrots are lovely, friendly and intelligent birds people have been keeping as pets for centuries.

One of the earliest historical evidence upon the subject suggests Ancient Egyptians had kept African grey parrots in their homes, simply as pets.

Egyptian hieroglyphs include numerous animal symbols, amongst which are those of five birds. Parrots are one of them.

Parrots have been living with humans since historical times, from Ancient Egypt and Greece until modern times;

Parrots were popular in Greece and Rome, as well. Noble and wealthy families would keep them in cages made out of precious metals, decorated with jewels and other expensive details.

These luxurious and exotic pets had their own personal servants and people to take care about them, feed them and make sure they are always healthy, well fed and joyful.

One of the first people to bring these beautiful and colorful creatures to Europe was famous Alexander the Great.

Alexander the Great was one of the first people to introduce parrots from Asia to Europe, around 397. B.C.;

Once Europeans had discovered the American continent, amongst many fascinating and interesting local habits and customs, they have found American Indians kept several colorful species of birds as pets. They found this custom exotic, glamorous and classy, so they have often buy or catch parrots and take them to European courts and luxurious palaces.

Christopher Columbus was the first to introduce a pair of Amazon parrots from South America to Europe. In fact, he brought these amazing creatures as a gift to the Spanish queen Isabelle, 1493. A.D.;

Even the famed English ruler Henry VIII kept an African grey parrot at his Hampton court. At the time, parrots were common companions of Portuguese sailors during their long trips across the ocean.

Centuries later, parrots had been brought in Europe in larger numbers. It was much later parrots had become common and not as expensive pets as they once were. 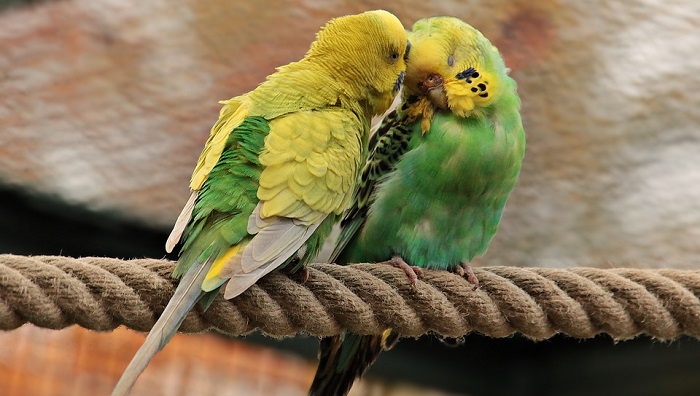 Parrots in art and tradition

Parrots are some of the most popular and beloved pet animals for many people. Since they are so charming, interesting and beautiful, these colorful birds are often seen in both famous painters’ and traditional art.

Parrot motifs are popular in fabric design, on paintings and sculpture works, illustrations, graphic design etc. There are many extraordinary artworks from notable painters depicting parrots.

Some of the examples of famous paintings featuring parrots are Vincent Van Gogh’s The Green Parrot and Albrecht Durer’s parrot graphic;

Since ancient times, people have been amazed by parrots’ vibrant colors and their abilities to mimic our speech, to sing or else.

Historical evidence suggest some of the species, such as African grey parrot mentioned above, had been kept in captivity since antiquity.

During Medieval era, parrots were being considered luxurious and expensive ‘decor’ for nobility. They were often shown at European courts as a status symbol and an evidence of a noble person’s wealth and social rank.

After the Age of Discoveries, parrots have become more common and available in Europe. People would buy them, trade them and habit of keeping parrots as pets had became a sort of discipline and a hobby. Until late nineteenth century, parrots have been still considered luxurious and social ranking symbol.

Since end of the nineteenth century, professional parrot breeding had became more popular amongst the common folk;

Commercial ‘boom’ of parrot breeding took place in early twentieth century and lead to development of other services regarding parrots’ breeding. Mass breeding of parrots for pet purpose had lead to mass production of parrot food, cages, veterinary specialization, different sorts of parrot care guidelines, such as books, magazines etc.

Today, more than fifty million of parrots live in captivity, as our pets or in zoos and private ‘collections’. Unfortunately, some of these birds are kept in improper and bad conditions for their health and existence.

The same number refers to parrots living in the wild.

Parrots are no doubt amazing creatures. People are always fascinated seeing the variety of their colors, sizes and unusual features of characteristic species. Some parrots sing, some of them mimic and reproduce our speech and so on. One of the most remarkable parrots’ characteristic is their typically curved beak.

When a person has particularly large and hooked nose, we use to say they have a ‘parrot nose’.

Some of parrots species, especially larger ones, are capable of learning more than one hundred words. Popular African grey parrot is a master of imitating humans and their speech;

So, parrots are able to do many amazing things. The most species can master and reproduce different sounds from their environment. In urban areas, parrots learn to produce sounds of automobile alarm, cats’ meowing, barking, door opening noises and such.

If you put a little effort to teach your parrot some other sounds, you could easily teach it imitate someone of your family members, yourself or anyone else you want to.

Okay, let us see what do parrots symbolize and what their spiritual powers are.

Friendliness and sociability – Parrots love to chat with their friends and relatives and it seems they enjoy the company of humans. These birds usually do not like being alone. Their nature is friendly, eager and playful. These animals are amazing pets, because they show a certain level of attachment to humans and are curious to learn many things.

They love to sing and brighten up our mood. Parrots symbolize play, friendship, joy and happiness.

Intelligence and skills – As we all know, parrots are intelligent beings. They are able to learn many things, amongst which are our speech and certain tricks. They have amazing memory, for which their brains have to be on a higher level compared to some other animals, people have been fascinated by this parrots’ trait since far past.

Leniency and familiarity – You would rarely see a parrot that is afraid of humans. These animals are curious, spirited and friendly. They are extremely sociable and easy to tame. It seems they are even happy in captivity, if you keep them in good and proper living conditions.

They spend time chatting and singing and love to be around people. Symbolically, they represent familiarity and tameness.

Parrot as totem and spirit animal

Parrots are fascinating totem animals. They brighten up your day and make you feel relaxed, joyful and playful. Parrots people are extravagant, charismatic and fun to be around.

They are smart and usually have many talents, especially of artistic sort. These people are friendly, sociable and caring.

Parrot individuals have many skills and inspire others. They are charismatic and natural born entertainers. Parrot people are extremely good spokespersons, so jobs as Pr, journalists, comedians, actors and singers are amazing choices for them.

They love vibrant colors and enjoy to stand out. They are not afraid of attracting attention and love the spotlight! Their positive energy and charm leaves other people breathless.

Parrot people are fashionable and chic. They are here to create and inspire others. They are a sort of trendsetters. People born under totem of the Parrot are always fun to be around. They are energetic and active; these individuals find it hard to sit still.

Parrot people are good listeners, just as they are extraordinary spokespersons. They know the time to say things and are amazing to take advices from. They love socializing with others and usually have a large circle of friends. However, they are devoted to their family and close companions.

They are supporting and have a positive attitude towards life.

Parrots totem people are artistic individuals. They do not have restrictions in expressing their thoughts or emotions; they channel their energy in many ways. Usually, parrot people are engaged with some artistic project, as either a profession or a hobby.

They are free spirited and optimistic. You will find it hard to make them feel bad or down.