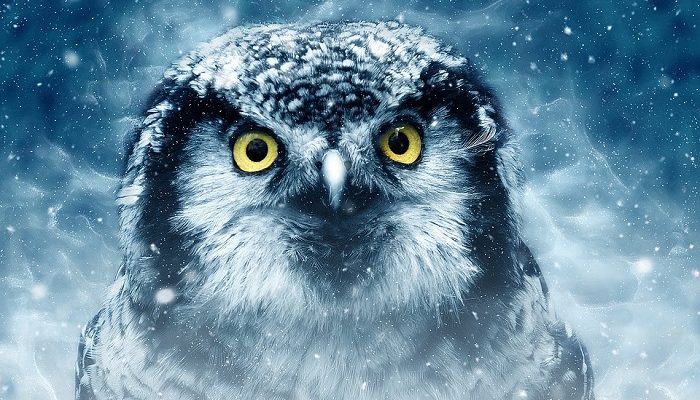 The exact zoological identification of various types of owls, which are found in texts of the Old Testament, is hardly possible. This is partly because they are sometimes shown only in the lists of unclean animals in Lev 11: 1-6 // Dtn 14,14-17, on the other hand because of the fact that the Old Testament is not similar to today’s zoology systematization of animals we know.

In the sections that speak of the unclean birds, among other things, “the ostrich … the owl … the magpie” we can often see that owl is mentioned. The Hebrew word for the first bird species is bath yaanah.

The second word, kos, can be found in the two passages above and in Psalm 102: 7, which undoubtedly refers to the owl.

The third word, yanshuph, also appears in Isaiah 34:11, and in the Septuagint and the Vulgate this term is translated as “Ibis.” Some say that this is an indication of Ibis religiosa, a sacred bird in Egypt. Isaiah 34:14 also contains the Lilith mentioned only there.

It is sometimes translated in English as “screech owl” or “night monster”. It is doubtful what she might refer to. In Isaiah 34:15 there is also the qippoz, also mentioned there, which is reproduced in the English with “big owl”.

There are several well-known species of owls, but we are not sure which ones are mentioned in the Bible and whether all of them are being mentioned. Words cannot be said with certainty. The Athena meridionalis is the most abundant species of owl in Palestine. The Strix flammea is the white owl.

Owl as a symbol – Meaning

The owl triggers fascination and fear at the same time. She was worshiped or feared, admired or persecuted. It is a symbol of good and evil. Therefore, the owl presents itself in myth, folk belief and symbolism of all peoples and over all epochs in many contradictory and superstitious pictures.

Owls are distinguished from other birds by the rigidly forward looking eyes. Moreover, because they can pull the eyelids – like us humans – from the top down over the eyeball, their face seems very human. The owl fascinates us very much. Since she is similar to us, we attribute to her part of our own intelligence and thus wisdom. The owl is therefore often depicted as a symbol of wisdom with or even being very literate. Many schools, universities, libraries, bookshops and book publishers have chosen the owl as an emblem. Even the saying “wise as an owl” has its origin here.

Replica of an ancient Greek coin as a ring description of the owl we find already in Aristotle, the first scientific treatise in Pliny’s works. In Greece, the owl was well-regarded and was considered a wisdom bird, chosen by the goddess Athena, protector of Athens and goddess of wisdom. On the Greek coins the head of Athena was depicted on the front. As a coat of arms bird the little owl with olive branch and moon in the background was placed. The coins were therefore also called “owls” for short.

Since Athens was very rich and many of these “owls” were there, even today “wearing owls to Athens” means doing something nonsensical. The owl was also a protector and accompanied armies to war. In addition, the owl in Greece also symbolized science and prudence.

As a result of their nocturnal lifestyle, we rarely see owls. However, we hear their sounds in the night, which in the dark sometimes sound quite scary and frightening. Even the noiseless flight helps to fuel our fear of the intangible in the dark of the night. This is where human prejudice comes to fruition before the night when the predators hunting in the dark could become dangerous. This primitiveness is evident in mythology and popular beliefs of all cultures. Owls were often considered demons or hoodlums. 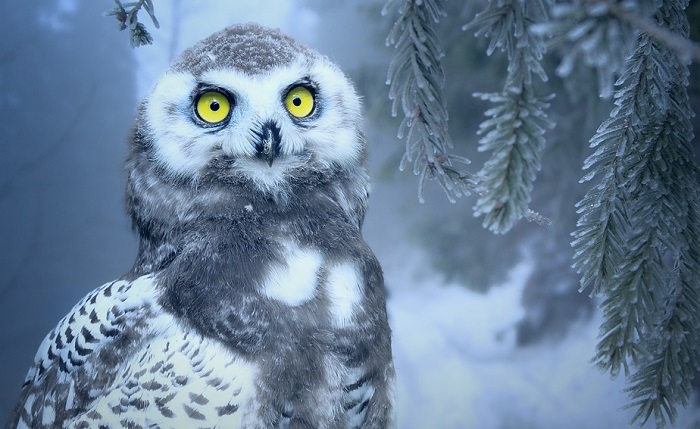 In almost all Occidental cultures, the owl was seen as the herald of the approaching death. For example, the nocturnal “kuwitt” call of the Little Owl is interpreted as “come over”. From the relatives of a dying man, the night bird, attracted by the light, was seen as the bird of death, which came to fetch the soul of the dead man. In many natural religions – such as the Indians of North America, the hunters of Japan, parts of Africa and Arabia, Australia and ancient China – on the other hand, the owl was positively associated as mediator between the worlds with the transmigration of souls.

In the middle Ages, the owl was often associated with witches and wizards. The Latin word Strix was synonymous in the middle Ages witch. Owls were considered devil bulls with magic powers. A gruesome custom goes back to Greek antiquity, which lasted until a few decades ago. To protect livestock as well as house and yard owls were still nailed alive with outstretched wings to the barn doors. This should protect against lightning, conflagration and hail.

Indian, Japanese and Indian cultures brought the owl into connection with the creation of the world. In popular beliefs of other cultures she was responsible for happiness and misfortunes of various kinds, was also associated with weather changes, births and death.

Also roasted or cooked were owls and served as part of various potions or for the production of remedies. As medicine they were attributed to alleviation of various ailments, especially a strengthening of eyesight. Owl eggs, on the other hand, should lead to the cure of drunkenness.

In Western cultures, the owl still plays a role in dream interpretation today. If an owl appears in a dream, it is interpreted as the bearer of messages from the subconscious or deceased. It stands for wisdom and a higher consciousness. In the esoteric it has a meaning of a Power animal. Again, she stands for wisdom and wisdom, for detachment, change and nocturnal visions. It aims to lift the veil of the soul and helps to recognize the power of the subconscious. Her sign is the Holy Book of Wisdom.

In the Indian Horoscope, the owl is found as a zodiac sign for the time of 23.11. In the culture of the Indians, the owl is the sorceress of the night. It stands for wisdom and strength.

The owl is a nocturnal bird, which is widespread almost all over the world. Almost 200 different types of owls are available worldwide. Since the owl hunts at night, her senses are particularly sharpened. Almost silently, the owl flies through the darkness on its forays. Her keen eyes and fine hearing help her track down mice and hunt them successfully.

In legends and myths, the owl is often associated with wisdom. Often the owl is also known as an owl, but this is much smaller than it in its overall size. In the dream world, the owl appears quite often and should therefore be taken into account in the dream interpretation.

If the owl appears as a dream image, the dreaming usually desires the ability to judge a certain situation correctly. The owl announces that the dreaming can soon get an insight in an obscure thing.

In addition to the symbols of wisdom and clarity, the owl can also announce a disease or enemies. Sometimes it is a sign of a coming instruction that the dreaming will receive. If you see many owls in the dream, the instruction will be very valuable and helpful. In addition, the owls admonish the dreaming that he should not reject the advice of other people.

If the dreaming sees an owl flying in its sleep, quarrels in the family are possible. If you hear the scream of an owl in a dream, this may announce a death or only bad news. Sometimes the owl-cry reminds the dreaming that his own death is closer than he thinks – but he does not have to worry. The owl in this case is just a kind of “reminder” that all life is transient.

Since the owl is a nocturnal bird, the psychological dream interpretation interprets this dream image as a symbol of everything that lies in the dark in the human being. Often these are the drives that lie in secret. The dreaming should listen to his wishes.

If an owl appears in a dream, it is also an indication of the knowledge and wisdom of the dreaming as well as his supernatural foreboding ability. Maybe the dreaming has the feeling on a regular basis that he already had an idea of ​​how a matter ends

. Most of the nocturnal birds act as a dream image that worries the person who is dreaming. In this context, owl sometimes points to fears of the dreaming, which often refer to the urges or the subconscious mind.

In the spiritual dream interpretation, the serious and thoughtful owl symbolizes the desire for wisdom to bring light into the dark and see through it.