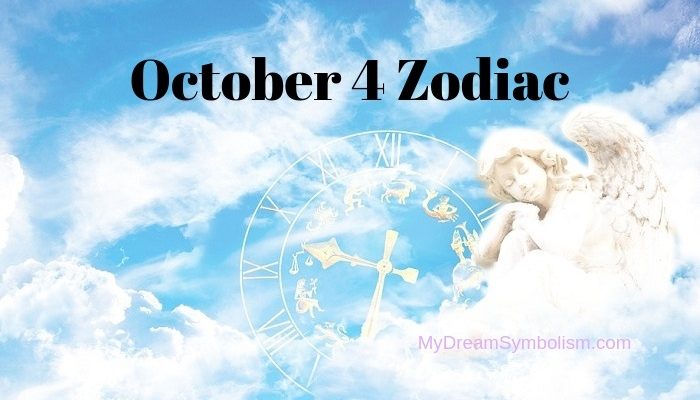 Some Astro-numerologists say that it is the best moment to ask analyses such as this one, at the moment when human is most active and independent – everything that will come before and after this period is considered to be less productive but is not uncommon for people to ask for Astro-numerological analyses for their children.

Thus, for a child up to the age of four, it is considered to be under the enormous influence of the mother, or parents in general, and his horoscope is not yet fully activated.

Also, it is said that the horoscope works best until about sixty years of age, more or less depending on the horoscope itself. To explain this even more in-depth, it is considered that a person enters the second phase of life, that by that stage he has already gained convictions caused by his acquired experience, and in these cases, of course, the horoscope of life may be less able to show.

Doing so, Astro-numerologists claim that people are ready in time for the opportunities that are given to him in the next life, and again, and are not be too immature to understand things either too seriously or frivolously.

Today, all of you can look at the analyses of the date October 4, and all additional information that will make this date as it is.

Libras born on October 4 should pay less attention to the mistakes they have made, and more to those that happened because they did not do anything. Above all, they should remember that generosity begins at home. If they want to carry out some of your unusual ideas, they should do it.

They can often inflict more damage by saying some cruel, unpleasant words, just because they are nervous and hysterical at times.

We never said that people of the October 4 don’t have any worries, and for them, those difficulties are encountered precisely because they are not particularly ambitious, but they like a comfortable and pleasant life, especially travelling in a luxurious way. What these Libras lack is the necessary “explosion” to move forward, they need a stimulus that would encourage their efforts, and they can do a lot and are able to move mountains, only if they push themselves in the right direction.

What can be that moving factor for these people to become very strong and impulsive people who can fight their way to the top? Personal problems, obstacles, dismissals at the workplace, or some authoritarian figure that they hate can serve as a factor that instigates their instincts to fight and eventually succeed.

People born on October 4 would rather go through life smoothly without any trouble, and they are not ambitious in this way; they are not obsessed that they need to marry or find a love of their life; they don’t have a problem in having just a “special friend” that will visit them from time to time. 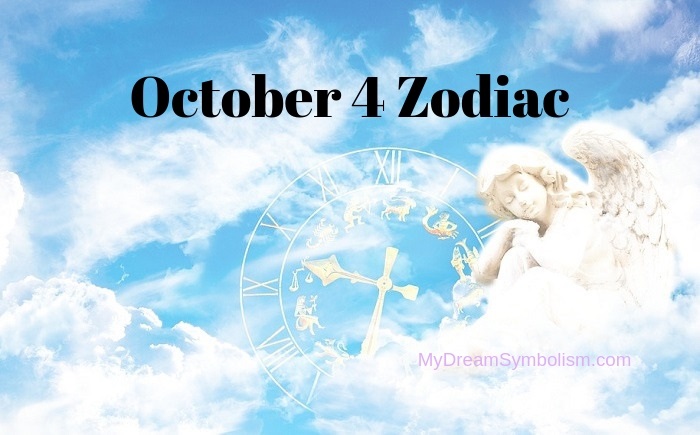 They like when things in all aspects of life, and also in the love area of life go smoothly and naturally in the direction they chose. Unlike most people, individuals born on October 4 live their lives and behave in the way they want it, they are not traditionalists in any conventional way, they like to do things in their manner, and they need a partner who will accept things in the same way.

These people know what love harmony is and it can be, and they know when is the right time to be solid as steel; in times when they need to remove obstacles from a path.  They are those who will inevitably lead their lovers through life, but they will do it so lovely that their lovers wholeheartedly agree to this scenario.

Most often these Libras are very charming and attractive people for others, and there are maybe not so many people who like them, but for some, they could be fatal.

They can express their authority in the family in a much rarified manner so that they can be the main thing in all things and not to notice it. Even if they have the best intention on their mind, these people are capable of being selfish at times; wanting to do what they feel is the best for them, not for the entire family, or their partners. In the end, the most important lesson that these people must learn is that love is a compromise.

People of the October 4 are those who have excellent judgment, and they as almost all people born in the Libra Zodiac sign like to see the justice in the world, and their actions are pointed in that direction. In their work, these people are more interested in practical things, more than in some abstract, they are original and inventive.

They have a persuasive speech; they are amazing in every debate in the world, only if they feel like it. Therefore, they could become a first-class lawyer if they are interested. What is amazing about those who belong to the October 4 is that they can detect irregularities, which can make them good detectives.

Also, they can be good journalists or correspondents.

In fact, people of this date can be very successful with a little effort; they have original taste and an excellent intellect.

Libras that belong to the October 4 are under the planetary rule of the planets Venus in the first place since it is the ruler of all Libra Zodiac signs, and in the second place they are under the impact of the Uranus that is the planet that can bring increased tension, and desire for peace.

This connection can be seen as unusual since these people are prone to suddenly cease their relationships because there is internal anxiety due to the presence of various wishes. And love is the main preoccupation and source of concern in the life of these people, no matter if they want to admit such a thing or not. These two planets allow them to channel their ingenious ideas through art, and they should follow this path in the best way they can, because it can be their cure.

The connection of Venus and Uranus awakes the need for emotional research of the immediate environment, as well as experimenting with emotions, blockades and fears; more precisely, these two planets indicate a demolition of all of the above.

Numeral 4 is the number that is responsible for great and earthly aspects in all of, it gives a reasonable basis for future progress – these people of October 4 often perform things in a very unusual way. Uranus also points to sudden variability and unpredictable procedures.

Libras born on October 4 are more oriented with ideas and principles. These individuals are prominent impulsive reactions as it can come something unexpected for their environment, they are usually well put together.

Their numbers are 4 and 13, and their color is olive green.

Some past events include times when human society was reformed, and those events are stepping stones for the entire humanity, and one such event occurred on October 3.

1209 – German king Otto IV was crowned as the Roman-German emperor. During the next three years, he attacked Tuscany, Sicily and southern Italy.

1582 – In the majority of the Catholic countries, the reform of Pope Gregory XIII’s calendar reform began.

1830 – Belgium became an independent state, separating itself from the United Kingdom of the Netherlands.

1853 – The Ottoman Empire announces Russia a war that will later become known as the Crimean War.

1918 – Boris III became the emperor of Bulgaria, after his father Ferdinand I abdicated. In 1923, he dictated the dictatorship in the country, and in the World War II, he was an ally of Nazi Germany.

1944 – British troops landed on Peloponnese and liberated the port city of Patras.

1954 – In the United States, the musical “An American in Paris” by director Vincente Minnelli was screened, according to George Gershwin’s music.

1958 – The Fifth Republic was declared in France.

1965 – Pope Paul VI became the first Pope to visit the United States and addressed to all people of the world from the United Nations in New York, calling them to establish lasting peace in the world.

1992 – The government of Mozambique and the rebels signed a peace agreement, ending a 16-year civil war in that African country.

1993 – Russian President Boris Yeltsin used tanks to take over a parliament building that was barricaded by deputies, since Parliament was dissolved on September 21.

2001 – A Russian Tupolev-154 plane flew from Moscow to Moscow sank into the Black Sea after it was hit by a missile shot by a Ukrainian army at a military exercise. There were 78 passengers and crew members killed.

Kings, and Queens, and Presidents, politicians, writers – the list goes on; but one thing that we can notice is that people who are born on this day are certainly more turned to the artistic side of their jobs, it seems like they are not interested in being famous in the first place.

1942 – Jóhanna Sigurðardóttir, an Icelandic politician and Prime Minister of Iceland.

Uranus and Venus influence people born on October 4; they are Libras in the Zodiac system of signs – in a way, this aspect determined their character in some way. People born on October 4 have a unique if not eccentric view of the world and life in general, and as we have said previously these people are living their lives in the way that they see is good, they do not care too much about opinions of others.

One thing that we did not mention is that when these people born on October 4 share their ideas with others, they are most often accepted, valued even loved by their way of thinking and behavior. Why is this surprising? Precisely because of their unique style and attitude that may be unconventional for a majority of people.

In times when these people succeed and find their place into the society, for example in the highest positions of the community, they stay relatively normal and are rarely snobs who will put down others and disrespect them.