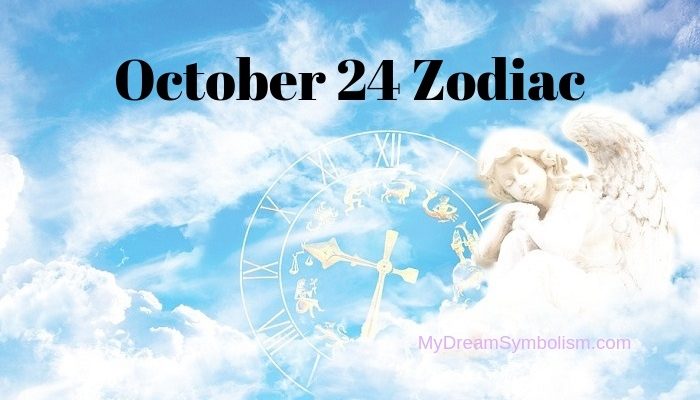 As for the interpretation of the horoscope, and this applies to all types of prognostic horoscopes, it is always interpreted concerning the natal horoscope – that is based on the time and date of birth.

We can extract some of the main things in the Zodiac sign, but when we connect it with a numerical value, we get a complete picture, and we can understand what the horoscope is telling us. And it can tell us so many things that can be crucial for all of us, for our growth and development, for the discovery of our potentials and skills that can lead us to a great place in the world.

A natal horoscope is always the foundation for any prognosis, without knowing the natal horoscope and what are the central relationships and topics, every forecast is incomplete, and lawyers would say unfounded because such a prediction does not have any foundation.

But, as we have said previously for a complete picture, we added numerical value that comes from the numbers that can be found in our birth date. Today we are examining all aspects of the October 24 with ruling Zodiac sign Scorpio.

We could say a lot of things about the people who are born on October 24, that they are sometimes negative and aggressive, that they are selfish and are also people who suffer4 in love, but one thing is connected to them also – they are considered to be the ultimate perfectionists.

As great perfectionists, Scorpios born on October 24 are always observing everything; they can be control freaks and like to have people beneath them who will listen to their directives. This tendency to observe what others in their team, or family environment are doing can be irritating for all others, but them. Reveal of the truth and bearing their scars is one of the main characteristics that Scorpios Zodiac sign people have, and those who celebrate their birthdays are also obsessed with details and revealing the truth.

Their lives are in some way very dramatic, and these people are so connected to negative aspects of their lives, that pain is closely related in their lives because their ability to convincingly express themselves is usually based on long-standing experience. So it is a learning process for those born on October 24.

These are by no means calm and cold and analytical people, and in principle, they feel the need to communicate themselves and their discoveries to the world, and this usually works for the benefit of the people born on this day.

These people, as many possessive Scorpios, are, prone to control, and they like to manage everything, situations and people also. They tend to control others and to want to dominate either in their family life, either in social circles or their workplace. Although they are very open people and always have something (smart) to say, these people often choose to speak with silence – and their silence hurt very much, they can hurt others with their science, and it is their favorite method for hurting their “enemies”.

One thing you need to know about Scorpios, they are incredibly intuitive people who can anticipate well, so you never should try to fool these people, because they can see through your intentions. These people have strong religious feelings that manage their work to a certain extent. There are things in which they are fanatic in things they are involved in.

Some of the people born this day can be attracted to the scene, and will often be tempted in this regard, but primarily in the way that they want to express their creativity and passion. 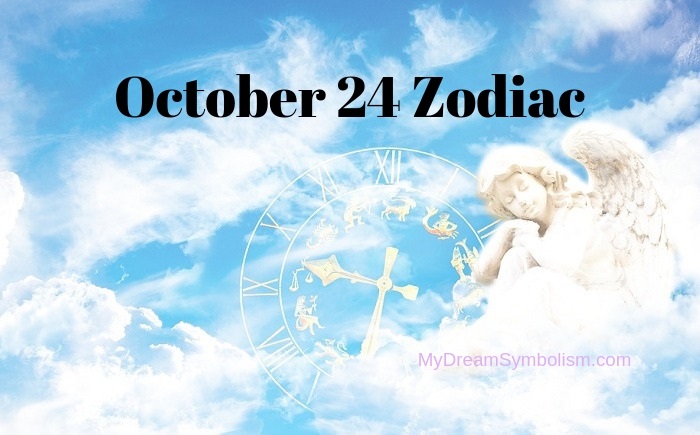 They need to learn to be more diplomatic, and they are known for their mood that can often change but is always temperamental. They need to overcome this, and to work hard – the more they work, the bigger the success is. The main advice for these Scorpios is to learn to be more generous, especially in material things, we are talking about giving more to those who are in need. The must learn to manage themselves to be more in balance since it is the basis for every success.

As parents human beings born on October 24 are interested in every aspect of their children’s lives and as friends or lovers can be extremely careful if they are involved with these interesting but passionate and temperamental people. Love problems, possessions and jealousy are not unknown to them, they can live with the knowledge that their love must be connected to the pain, and that the more they suffer, the more they love. This can become so pathologically that they need to seek a professional for these problems.

Also, people born this day as true Scorpios must bear in mind that they are prone to sexual journeys of all kinds – they are passionate and sensitive at the same time- but it can sometimes go in the direction that their emotional tendencies are turned to possessiveness and jealousy.

It’s hard for people who celebrate their birthdays to say no, but they have to be strong and to use their darkness for this mater, especially with people who are close to them. Persons born on this day are not naturally devoted to love, but if they surrender to someone they will show the true extent of their passion, they will love much more intensely than others.

It is said that people born on this day provide to their loved one of a kind, passionate experience that cannot be measured to anything else, but they need to find a lover who will be their one of a kind love experience; this is the time where they can give so much more, beyond expected.

At times these people must forget about their career, and to strictly separate their family from their business life – mixing these things can be their demise since they cannot separate problem in business and problem in family life when things go in the wrong direction, things can be negative for them in total. This is wrong, these people of the October 24 must find the safe zone in their family life when things at work are bad, and vice versa, they can find comfort in work when they are struggling at home.

They feel that the quality of what they do usually speaks for themselves and that it does not need to be further promoted with words, and actions – and this is something that can be seen as amazing. They are those who like to create things since these people are creative. However, these are not exhibitionists, but earnest persons, professionally oriented work, especially its technical aspects.

Number 6 and planets Venus and Pluto rule persons born on October 24, Pluto is here as the primary ruler that is responsible for all Scorpio Zodiac signs and the planet Venus is connected to the numeral six that can also be found in this date.

Because number 6 magnetically attracts love and worship of others and since the Venus is strongly associated with social interactions, for people born on October 24, it will be a great temptation to tackle exciting, romantic and sexual experiences.

Venus and Pluto are speaking about of fatalities, conflicts and love crises that can sometimes occur in their lives – it can even be an indication of a fractious conflict or a conflict that spans for a very long time.

Love is often the dominant topic in the lives of people in number 6. On another symbolism is connected to this number, it is considered to be the number of the Devil or should we say the number of the sin. It is the numeral connected to the temptation between good and evil; these people are always between the two. In the life of these Scorpios, it signifies instability, but also the possibility of choosing one out of the two.

Their color is the deepest shade of red, and their number is 6.

Some historical events are monumental, others are, as it seems in the time of their actuality, are relevant just for that era, but it is not true. All past events are equally important for our present, and future.

69 – The Battle occurred in which the Roman military commander Vespasian adheres to a decisive victory over the followers of Emperor Vitelia, ending a period of turmoil known as the Year of the Four Emperors.

1260 – Baibars took over the power after he assassinated Qutuz, Mamluk Sultans of Egypt.

1648- The Westphalian Peace, concluded by the German Emperor and rulers of France and Sweden, ended the Thirty Years’ War.

1795 – The 3rd Partition of Poland, between Austria, Prussia & Russia occurred.

1917- The Battle of Caporetto began in the World War I in which the Germans and the Austrians inflicted a heavy defeat on the Italian army and forced them to escape.

1922 – The Irish Parliament accepted the constitution under which the state got the name Free Ireland State. The constitution formally came into force in December.

1929 – “Black Thursday” collapse of the securities market in New York.

1939 – The Nazis ordered the Jews in Germany to wear David’s star.

1944 – American planes sank in the World War II during a major battle in the Philippine Bay.

1964- Northern Rhodesia, a former British colony, becomes independent and takes over the new name, the Republic of Zambia.

1970 – The leftist candidate, Salvador Allende, was elected Chile’s president. He was killed in September 1973 in a coup d’état by Augusto Pinochet.

It is sometimes difficult to imagine that one Queen and one rapper have anything in common, but if you look at their characteristics and their attitude toward life, you will see that Scorpios born on October 24 do have something in common.

1618 – Aurangzeb, the Mughal emperor, the Great Mogul of India.

As have said the Astro-numerical story about people, whoever they might be can’t be concluded, and they do not have an end in a conventional sense of that word. But it is always a good idea to add up a few more sentences to this tale.

Scorpios born on October 24, as you were able to see exposed to the dangers of all kinds of stress-related illnesses – any stress, and especially the chronic stress and depression can be a trigger for a disease that can occur in their lives. For the benefit of their mental health, it is of great importance to regularly relax, and this is mandatory for all people who are temperamental like these people definitely are.