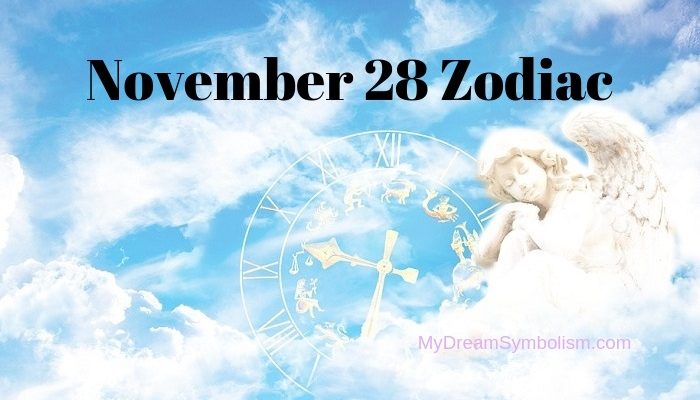 Numerologists say that birthdate numbers can change destiny, the needs of the soul, the secret dreams – it’s a description of what you like, or you do not like somewhere deep in your soul, something that even you will never admit to yourself, but it something that is undoubtedly there, present.

It is connected with your secret dreams, inner desires, and fantasies that you have or will potentially have -and we will add that it is always a good idea to face with those secret or hidden issues so that you can move on further development in life.

The birthdate number is the one numeral that often shows how people experience you at the first meeting, what kind of impression you leave. The day you were born is considered the essential trace of reading your fate. It marks you the way you came to this world, what were the constellation of the planets and what is their effect o you.

Today we are tracking what does November 28 means for those who are born on this day; they belong to the Sagittarius Zodiac sign. By Astro-numerological analyses, this is the Zodiac sign of decision and personal choice. It is the sign that can denote the balance in between theory and practice.

People who are born on November 28 are honest and delighted in everything they do, and they are those “snobs” that love everything the best and unique. These people do not enjoy the imitation and will do everything to avoid such events that will make them uncomfortable.

They act rightly and honestly, and they expect the same treatment from other people. Sometimes these Sagittariuses are prone to exaggerating, but it is not excessive and disabling in that matter, all of them can be somewhat irritating in this way, boring others with their grandiose ideas that will change the world, but it usually stays just that – the idea.

Sometimes, as a more negative aspect of their character, we can see their tendency to neglect some aspects of their lives, and because they do not immediately feel all the consequences of everything they do. Those who belong to the November 28 are people who can neglect, for example, their work, for love, even if that relationship is not yet significant in their lives; but they can act in this spontaneous way.

Their energy is fast, sharp and precise and it hits to the core; they are known for being the lifetime of fun. They are in love with nature, but they are willing to flirt only if they are completely relaxed in your society, if not they will behave coldly and distantly. If they feel uneasy in society or they are nervous, they turn to their contrary – they are entirely closed, and it takes time before they are open, they will instead withdraw from communication that is not interested enough. When we observe things in this way, we must admit that with them you never know what “side” of them you are getting.

There is no doubt that those who belong to the November 28 are communicative, cheerful, adventurous spirited people who are adorned with an optimistic view of the world, but when it comes to emotional relationships, they are badly affected in this field. What are saying? We are just saying that those who belong to the November 28 have all these amazing qualities, but we will not mean that all of them are an amazing choice for a lover. How is this possible?

It is because of their free-minded spirit that the Sagittarius in them shows his face; they are not what you would call the desirable candidate for a partner since they can hardly function without his freedom. 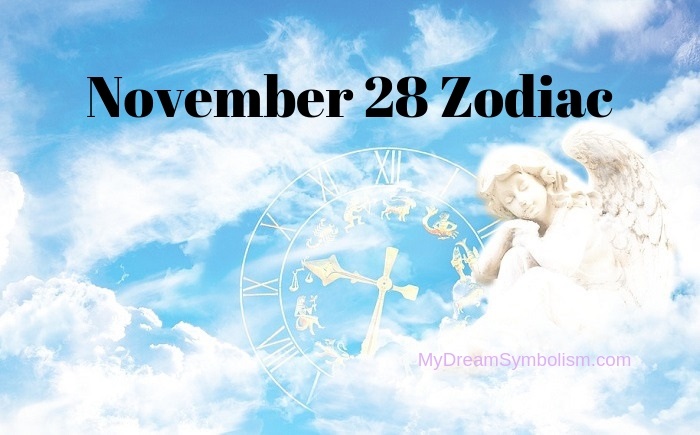 When we observe their character, even more, we could say that they are very self-sustaining in life and love, and will always watch how they can benefit, and they will not even consider you in their plans. This is true, but it is not something that makes them bad people, it is just their nature

The feelings and thoughts are the most important for their functioning in love, and these Sagittarius people will often show that there is no time for love in their lives and that they are too busy with other things that occupy their lives, and even if this is sometimes true, sometimes they are making a problem without any need.

When in love, in a relationship with people who are born on November 28 you should be aware of one more thing – words that they speak have a short-term effect and what they say today as their attitude tomorrow will not be true. So, there is an alternative for them to change their ways. Even when they commit to a partner, they will not behave as the other side expects, it will never be a “normal connection”. But, this necessarily does not have to be a bad thing.

There is one fun fact when it comes to Sagittarius Zodiac sign and career or work – they are considered to be the only Zodiac sign that is fully capable of rejoicing for others when they are doing well in their lives. If you say once to these people that you have started a new business, it will automatically answer that it is great news and will unselfishly provide you with useful advice on it – they are truly unselfish, and in return, many people will help them in their endeavors, also with the open hearts.

So, when we look at them, you will see them as people who try to start something new, who are thinking about how the newly opened company will help them make some high positions in the society and will help them gain power.

Because of the goodness and sincerity, these people are favorite and often loved by people; because they believe that there is enough space for all of us in any sort of work. Another major aspect that sets them apart from other people is their attitude – they are often cold, and honest and not interested in other lives and destinies, they mind their own business. It gives them a great advantage because they do not burden with things that others do. These people born on November 28 do not consume and do not look at someone else’s yard.

What about their weaknesses? We could say that there His weakness is over-believing in the grandiose projects and unreasonable enthusiasm that leads them to business failures, adventures and money losses – this is very common in the life of one person who is born on November 28. Also, they give up the project quickly, because they are fast run out of patience and persistence.

They quickly change business decisions, look at life in a broad, bright and futuristic way, convinced that they could overcome any obstacle or business problem.

Number 1 that can be found in this numerical combination is the number of creativity, success, research spirit, happiness and well-being. It indicates people who shoot high goals, regardless of the sphere of life they are doing.

People born on November 28 have an active life and a few real friends. The reason may be that they are primarily focused on success, and maybe because they often stubbornly believe that they are just right.

From the planetary aspect, we can find the symbolism of the Jupiter that is integral ruler for all Sagittarius people and the Sun. Suns symbolism carries many meanings – it can be understood as the son of the supreme god or planet that makes things visible, not only by allowing them to be noticed but also by representing an extension because it measures the Universe. Combination Sun and Jupiter radiate is intellectual knowledge, and the Sun is a just a cosmic reason, as the Jupiter is the being with cognitive ability. The sign of Sagittarius is ruled by Jupiter, a planet of change and new options.

So, these people are always ready for action and quickly can change the course of life. They are very inspired for research in life, but being as a phenomenon and their thoughts are turned to religious, philosophical and “cosmic” themes. They like to contemplate life and try to reach some other spheres in life.

Unfortunately, this day is connected mostly to the disasters and accidents, but we tried to find some more events that will prove that November 28 is not historically “black”.

1520- Portuguese sailor Ferdinand Magellan sailed to the Pacific, crossing the Atlantic Ocean through a jungle that now carries his name.

1905 -Irish nationalist Arthur Griffith founded Dublin’s Sinn Fein party, whose main task was to fight for the independence of Ireland from the UK.

1919 – Nancy Astor was the first woman to be elected to the British Parliament.

1941- WWII: The Red Army, threw out German troops from Rostov.

1942- In a fire that destroyed the nightclub Cocoanut Grove in the US city of Boston, 491 people were killed.

1954- Ernest Hemingway was awarded the Nobel Prize for Literature.

1971 – Members of the Palestinian terrorist organisation Black September have killed Jordanian Prime Minister Wasfi al-Tal in Cairo, where he arrived for participation in the Arab Conference.

1987 – At the fall of the South African Boeing 747 aircraft in the Indian Ocean near Mauritius, all 160 passengers and crew members were killed.

1994- Norwegians refused to join the European Union in a referendum.

2000 – The Dutch Parliament approved a law authorising euthanasia and suicide with the help of doctors. In this way, the Netherlands became the first country to legalise such a practice.

2004- In the explosion of gas at the Chenjiashan coal mine in northern China’s life lost 166 miners.

2005- Israeli media announced the main points of the state plan of the Israeli political party Kadima.

Every one of the famous people that entered this list proves that these Sagittarius people will find their success during their lives, in one way or the other.

We feel like time is right for saying a few more words about people who are born on November 28 in Zodiac sign Sagittarius.

The main advice is that these people need to be careful and their life should be satisfactory, and by being careful, we mean that they should think deeply about their actions and the reactions that their actions may cause.