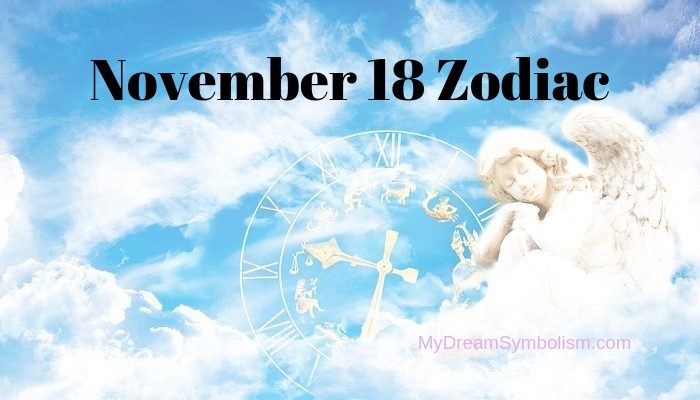 As we are dealing with numerology and Astro-numerology, we must mention numbers that describe people in some way, and that is the number  that can be found in out date of birth, and even if this number is not something that is specific just for one person, cause millions of people are born on the same day -we still think that people who are born on the same day, definitely share some similar characteristics, or at least the similar potentials in life that can be used in some way.

Knowing this information, we could say that it can help us in making decisions, while also envisioning challenges and opportunities. For example, the main feature of number 1 is action, a new beginning, and more pronounced individuality. For the symbolism of number 8, power, manifestations and achievements are bound, while the cycle of number 9 symbolises universality and ending.

It can be said, from the Astro-numerological point of view – those who are born on November 18 enjoy in the activity that is oriented to the attraction of others’ consideration and not calm until they achieve this goal.  And the amazing thing is that the effect can be quite tangible, but more often in the field of entertainment, service or can be manifested by some positive energy that is incredibly strong and moving. Just because they radiate, the positive power of these Scorpios is valued, they are great friends and loving partners who bring a smile and joy to others.

It could be said with certain accuracy that these people who are born on November 18 have natural wisdom. They can be described as quick, intuitive, brilliant, good-looking, and brilliant – and by looking into these traits you could imagine people of this date as remarkable, and they truly are. Because of their nice character, they are the people who will have many friends, wherever they are; they are gentle and devoted to things and people who they love.

They can fit into their environment regardless of whether they are schools, workplaces or houses; they often think of themselves as strange and unusual or just little-twisted people who are sometimes unaware of their abilities. People who belong to the November 18 also attract people who are unique and in a way similar to their nature. In any case, they are appreciated by people who have the strength to go their own way regardless of the way they are.

Scorpios born on November 18 have one major challenge in their lives – all of their lives these charismatic people will have to deal with their temperamental nature and emotional liability- These two things sound very scary, and they can be especially when combined, like in their lives; this can be the cause of many problematic stages in their lives. Therefore, they are recommended some forms of psychological introspection. They should do everything that will contribute to building their self-discipline.

Their minds are hearts are in a perfect relationship and all thanks to their ability to maintain the balanced nature and can make great things in life.

They are, as all Scorpios, passionate, can give a lot of love, but they also ask for the same amount of love and attention from their lovers in return. However, these people of the November 18 have to be honest, open and gentle towards others; otherwise many will misjudge them in the worse way possible.

People born on November 18 are Scorpios, one of the most energetic Zodiac signs in all system, so it is expected that they are usually extremely active in the physical and spiritual sense. One of their key characteristics is emotional stability (even if they are incredibly passionate), but they’re exterior remain cold and calm in almost all times, you will never know if they like you until you meet them. At best, these people manage their emotional energy to focus on creative work. 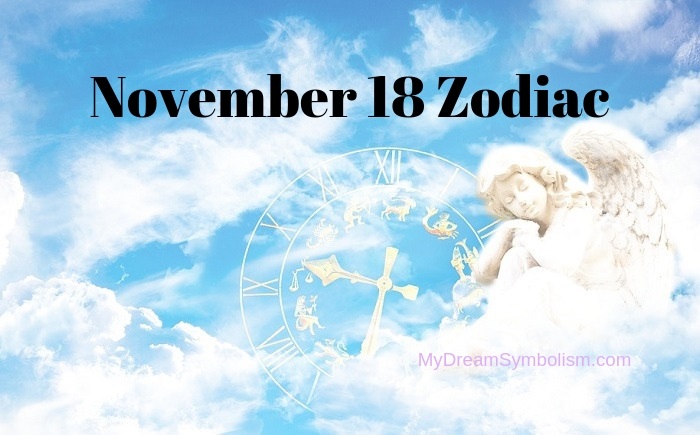 In interpersonal relations, people who celebrate their birthdays on November 18 are extremely sociable persons most happy when they are the centre of attention, having a lover who likes the same extrovert behavior is not a bad idea.

These people resist pressure to go on the quest for success before they feel ready for it – like marriage and children. The moment of their readiness for essential things in life usually does not depend on others or the situation than on their own will and need to do something or not.

These Scorpios are in some way connected to art, they are gifted in many ways, and the most amazing thing that they can do for their careers is to develop and nurture their talents, they can make an amazing career if they do so.  They will make business success thanks to hard and long efforts, but also on the fact that can direct skills in any direction of their choice.

It can also be said that those who are born on November 18 inventive, and can be good inventors, that will reach their goals in discoveries by listening to their instinct and creativity.  They are very ambitious, and many of them are predetermined as leaders. Regardless of whether their talents are amazing or completely modest, they like to discover them in their own way.

As all Scorpios, these people of November 18 are capable of acting on for their own goals exclusively and are often accused of superficiality and irresponsibility, but such charges are most often unjustified.

In the end, these people move in their lives and work that they are impossible to stop, you can only follow them, and they never stop halfway. Below the appearance of calm and collected phenomena, a volcano is hiding in them. If it is not well channeled, this violent energy becomes destructive or self-destructive. Although dark in some way, they attract like a magnet (virtually everything they want) with their hidden powers.

These people born on November 18 have this number in their lives, and this numeral is considered to be a highly substantial number and guarantees additional help in the efforts of these people to get in their work. From higher symbolism, we can found out that this number is connected the terms of unconditional love and forgiveness. We know that this number comes as the last integral number, and its own all their characteristics, both good and bad.

From the planetary point of view, Scorpios born on November 18 are under the influence of the planet Mars, that here comes in the symbolical marriage with Pluto. This marriage brings people attractive or magnetic attraction of those who are born on November 18, but they must not allow this week to manifest themselves violently in aggressive behavior, that is always an option when Mars is in the picture.

Both of these planets want to become rulers, Mars and Pluto are like some crash of energy and a collision of wild and unbridled energies. If they can keep this energy under control, everything is good, everything is possible. What does this mean in practice? The realisation of desires, the moving of things, changes. But caution is necessary if it does not work well it can come to self-destruction.

Their colors are black and white, and their number is 9.

The disasters of nature, building some important monumental buildings started on this day, but also famous movies premiered on this day – in short, this date is remembered for all of these events.

326 – The Old St. Peter’s Basilica was consecrated in Rome; later it was replaced.

1307 – William Tell reputedly shoots an apple off his son’s head.

1755 – Boston was hit by the worst earthquake in the Massachusetts Bay, luckily without any victims.

1833 – The Treaty of Zonhoven was signed between Netherlands and Belgium.

1903 – Hay-Bunau-Varilla Treaty was signed, and by it, the US gained exclusive canal rights in Panama.

1912 – In the Ottoman Empire disease cholera broke out in Constantinople.

1928- Walt Disney’s “Steamboat Willie” was released. It was the first Mickey Mouse cartoon with sound.

1936 – Spanish government of Francisco Franco was recognised by German and Italy.

1939- Dutch passenger ship Simon Bolívar hits German mine, and on this occasion 86 died.

1961- The US Ranger 2 was launched to Moon but unfortunately failed.

1970 – Researchers claimed that large doses of Vitamin C could help in battling colds.

1978  -918 members of the Cult “Peoples Temple” were murdered or commit suicide under the leadership of cult leader Jim Jones, In Jonestown, Guyana.

1983 – Argentina announces that it is ready to produce enriched uranium for nuclear weapons.

1999- In Texas, 12 people were killed, and 27 injured at Texas A&M University when a massive bonfire under construction collapsed.

There is one definitive trait that all people, and those famous also, share all of these Scorpios who are born on November 18 are incredibly creative and artistically oriented.

1522 – Lamoral, a Flemish general and statesman.

1774 – Wilhelmina of Prussia, the Queen of the Netherlands.

1861 – Elizabeth Meriwether Gilmer, or Dorothy Dix, a US journalist.

You may have notified that in this entire Astro-numerological story about Scorpios born on November 18, we have used one word frequently – the word power or energy. And these Scorpios have it in large quantities, but everything that you have, if you do not use them wisely, you can get hurt, or others who are close to you in some way.

Advice for people who are born on this day – all powers are in them, everything that they might need to succeed in life, so they should use them.