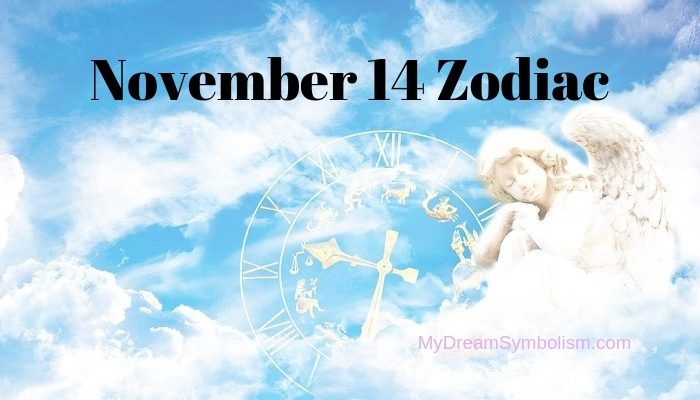 As we have mentioned many previous times, in Numerology, like in Astrology there are different schools and systems, and even if they are different in some ways, the basis remains the same – numbers have their own value, and their own energy and they affect our lives.

The most important number that people have is their number that can be found in the birth date. This is the main focus of almost all types of numerology, and you should understand the importance of birthdates from this.

There are different numerology systems and most famous can be the Chaldean numerology that is considered to be the oldest of all numerologies. Also, Chinese numerology and Egyptian numerology are very popular, but most of all Pythagoras numerology is used.

Today we are looking into number 14, and that number is connected to the November, and Zodiac sign that we will talk about is Scorpio Zodiac sign.

The nature of the person born in the sign of Scorpio is full of subtlety, the source of an unremitting struggle of passion and feeling – so those who are born on November 14 have many of these traits.

Since people born on November 14 are incredibly ambitious and powerful, they should develop a sense of compromise in life, and we mean in every possible aspect of their lives. Their efficiency will be increased many times if they find the middle path and alleviate their extreme tendencies. These people have a few priorities in their lives, and one of these imperatives is that they have the desire to strengthen their relationships with friends, family and society in general.

Scorpios born on November 14 should refrain from interfering with the love affections of others -some things are better left to come naturally, and any interference is wrong, especially in interpersonal relations.

The strength of these people is that they do not seek gratitude or reward for their achievements or abilities, those who are born on November 14 are able to cope with the goal they are trying to achieve adequately, and they want to feel content with the work they have done. This means that these Scorpios have a significant amount of self-confidence; they quickly recognise flattery as well as the mischief of other people’s motives. So, don’t ever try to hurt or even lie these human beings, you will be the one who will get injured in the end.

These people who belong to the November 14 are imaginative in their love phantasies, and they are able to provide support and understanding for the lives and motives of others, which is characteristic of a small number of Scorpios. And one more thing that sets them apart from others is the fact that they are balanced people, but do not need to push too much because these persons are inclined to make a wrong turn in life, and love also. Others see them as nice and sympathetic, and they love family life and children.

These Scorpios are loyal, to their friends and family, and can be a great spouse and a wonderful parent. For some, there is a significant option to get married young, but they should let their head participate in it, not just the heart. 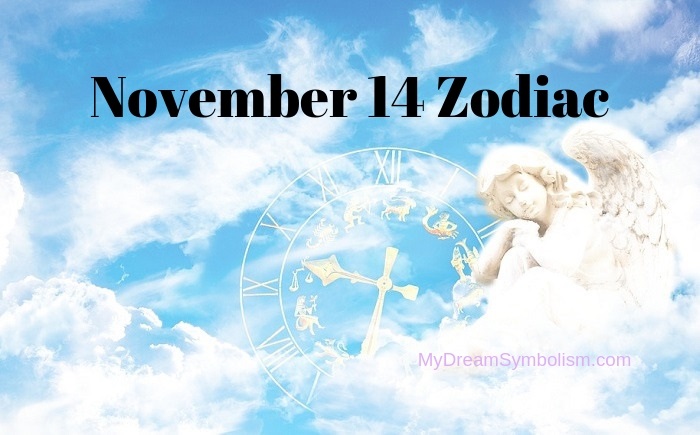 Sometimes heater wants things that are not good for a long-term relationship, or for life in two, it can mean that there is passion, but not anything else, and this can be a problem in life for these people of November 14. If they have given an opinion on something, then there is no way to change that opinion. If they think that a person has done something wrong, they will not believe her for the rest of their lives. There is no point in attempting to change their attitude because they are untenable.

Their most prominent trait is restraint, which makes people born on November 14 a little mysterious for others. They never allow others to penetrate their most intimate and most hidden spheres; they can bury their weak points successfully from others. What they prefer in many cases is a deep and powerful intuition that allows them to distinguish truth from lies and to separate good and bad.

As you can expect they are very much interested in strange and supernatural things, everything unusual or out of the margin irresistibly attracts and fascinates those who are born on November 14. They have a good eye for news frenzy so they can be good journalists or detectives even, maybe researchers.

But one thing needs to mentioned also, let us not forget that people of the November 14 have a business sense, although it would be better if they have a partner. They can provide the idea, and their partners can turn that idea into the practice for example.

These people are focused on details and research, and they could be considered to be detectives who can smell if others are hiding something from them, simultaneously they have more secrets than anyone else.

One thing needs to be added here in the section where we speak of Scorpions born on November 14 are decisive in all activities or tasks they perform in life. There is anything that can prevent them from accomplishing what they want, and this can be particularly seen in their work.

Once they decide to get something, they are persistent enough to turn it into reality, and when they see that they cannot do it for themselves they should look for a partner – they never give up their goals.

Planet Mercury can be found in the planetary symbolism of the date November 14- thanks to the influence of this incredibly active planet, people born on this day have the powerful intellect and are spiritually very strong. In combination with the force of Pluto that rules Scorpios, curiosity increases as well as the desire to reveal secrets. With Mercury that can be found here, mental aspects are always bound and represent intelligence.

Since it is fast, it is a symbolical representation of travel, communication, skill, trade and intellect with it. Mercury manages the sharpness and skill, both spiritual and physical. In a negative aspect, it is superficial, rapacious, frivolous and unreasonable. Pluto can be the planet in charge for improvement of the knowledge, gives intuitive spiritual depth of perception of things to the bottom. It reveals the cosmic truths of space and life, secrets, riddles, and unattainable.

Number 5 that can be found in this numerical combination points to a solid character that allows people to recover from life-threatening strokes and failures quickly on November 14.

We tried to include as much as different aspects of this date in terms of past events, so you can see how much this number/ date influential.

1533- Spanish conquerors under the command of the Francisco Pizarro occupied the city of Cuzco, the capital of Inca Empire, in the territory of today’s Peru.

1847- In Switzerland, the civil war of the Swiss Confederation and seven Catholic cantons broke out, ending at the end of the same month with the defeat of the canton.

1851- In the United States, a novel “Moby Dick” by Herman Melville was printed for the first time.

1889- Journalist Nellie Bly began a successful attempt to travel around the world in less than 80 days.

1910 – Captain Eugene Elaine flew by plane, for the first time in the history of aviation, from the deck of the Birmingham ship, anchored in the port of Hampton Court, in the United States.

1922 – The BBC began with radio broadcasting in the UK.

1979 – 385 people were killed in an earthquake in the province of Khorasan, eastern Iran.

1982- Lech Wałęsa, leader of the Polish Solidarity Movement, was released after 11 months of captivity near the Soviet border.

1983 – The first US cruise missiles arrived in the British Air Force, despite the pacifist protests.

1985- Columbia: The eruption of the volcano Nevado del Ruiz caused the death of 23,000 people in the city of Armero.

1988 – The Palestinian National Council has accepted UN Resolution 242 and a new political strategy that implies the recognition of the State of Israel, peace talks on the Middle East and the rejection of terrorism.

1999- The United Nations sanctions against Afghanistan have come into force, due to the refusal of the authorities to extradite Osama bin Laden, who, according to the United States, is the main organiser of bomb attacks on US embassies in Kenya and Tanzania.

2003- The King of Swaziland of Mswati formally accepted the new constitution, according to which all power is in the hands of the king

Royals are mostly born on this day, as well as people who find notoriety in the field of inventions and science.

1650- William III, the King of Scotland, England and Ireland.

1954- Condoleezza Rice, an American politician and minister of foreign affairs.

Scorpios are complex and challenging people, but no matter how their character can be complicated, people still love them – this paradox can clearly show the greatness of their nature. When these characteristics are combined, the result is people born on November 14 belong to the dominant sort of human beings who like to rule others. Whether they are at work or home, they like to be in charge and to “preside” things. They do not like and do not want to listen to others – but for them, it is the best solution, especially in their work to find a partner who will complement their ideas.

These complex and exciting persons who celebrate their birthdays on November 14, they have a strong need to explore their environment to the smallest detail, and direction towards details is something that Scorpios are usually known for. Although they are incredibly interested in their environment in general, those who are extremely selective in their interests have distinct points of view.  They do not like just about anyone to be close to them, and those who are close should be careful about their vengeful personality.