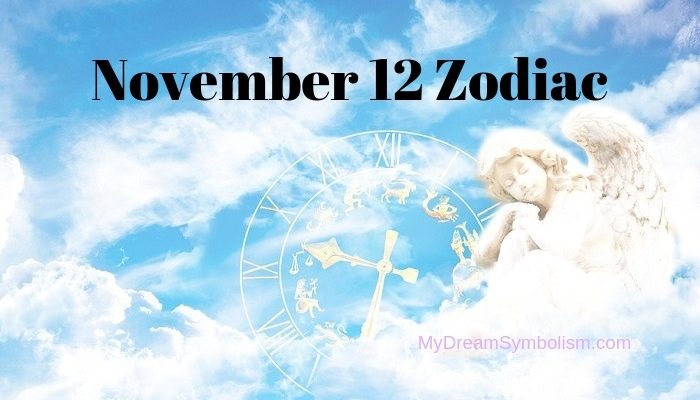 In many of these articles, we talked so many times about the Astrology and its influence on us, planets and houses, everything that can affect our lives. But at times we also spoke about the impact of numbers on our lives, and the science that is responsible for such influence is numerology.

Numerology is a science that uses numbers to reveal the most difficult angles of character or even predict fate in humans and believe us, such reveal is possible. With it, you can find answers to all the questions that are troubling you. The process can be even more enhanced, in a way that one science that comes in between these two – Astro-numerology can reveal even more.

Today we are speaking about Astro-numerological analyses of those who are born on November 12 – they belong to the Zodiac sign Scorpio. And in the beginning, we will say that there is a myth about the auto-destructive Scorpios; it is believed that they are so vindictive that they will hurt the one they hate even if at the same time they endanger themselves.

Yes, Scorpios are vindictive, but they are not more inclined to self-deny than other signs. Later on, during this article you will see for yourself do these people born on November 12 have these characteristics.

Let us speak some more about people who are born on November 12, and have many Scorpio traits – they are famous for radiating sensuality and magnetic attraction; they are connected to the beauty in so many ways, and they usually make their lives a piece of art.

Their entire life is a form of art, and they are the central players in that story, this is great, but on the more negative note, these people can be difficult in interpersonal relations and can behave in a way that they neglect others, and are particularly self-focused. This means the often they think only about their own needs and desires, not looking into partners, or family need; simultaneously imposing themselves as the leaders and head of the family, or the dominant partner.

Sensuality in the lives of these people is often expressed either in the physical side of their personality or in the way they speak and behave – they know how to make crowd pleased and entertained. Magnetism can be manifested in family life, secret love relationships, or in the career and social circle to which they belong. Everywhere these people set their foot, and they attract others to follow them in some way.

But there is one thing that cannot remain hidden -these people are exceptional and highly talented persons who need to take care and never to abuse their ego instincts. Their ability to make miracles in everyday situations brings them to worship level, and they can become or involved in politics, or they can become cult leaders, but they will have followers in any way. And in some cases places them in the position of God in the eyes of their fans. This is not healthy, and they need to remain sane and realistic about their life and abilities. If they succeed in such a venture, those who belong to November 12 are considered to be happy.

For those who are born on November 12 beauty in all of its forms is essential – creating and appreciating beauty is of the fundamental interest of these people, regardless of whether it is beauty in art, the home space of a bodily form, or the beauty of sensuality.

However, behind this tendency towards the beautiful, there is something much more impersonal, namely love for the magnetic attraction itself. These people can be egocentric, and in a relationship they like to be adored and even worshipped, so their love relationships can go in the negative direction, to say it mildly. 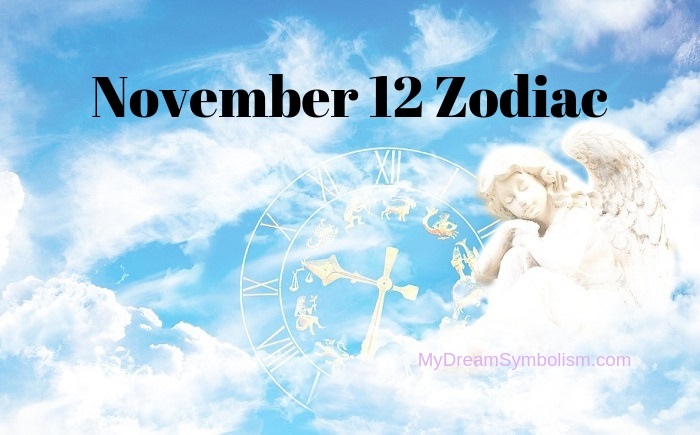 These people who belong to the November 12 are very imaginative; they love dealing with things looking into small details, they enjoy travelling, and in dealing with people who they like they are very entertaining. These reasons only make them desirable lovers and partners, but those who get involved with them in any way must know that those who belong to this date are the people who love themselves primarily, and in the second place they adore secrets.

So do not be surprised if you find out that these Scorpios have two or more relationships are the same time; the most important aspect is what they want and what they feel, nothing more. But of course, they are not partners without good traits –

They are surprisingly sympathetic, and others often turn to them for help.  They know how to love and how to give advice to the people they love, and they will protect them by all means.

Also in work relations, they are intuitive and endlessly interested in everything that is related to the supernatural (entirely Scorpio trait). They can be the subject of mental impressions, but it is more confident that they will be the only researcher in these areas.

These people of November 12 are smart in a variety of ways, but their greatest gift is the ability to “read people” and to perceive their motives and desires. They use this ability in their work so that they can be great in any negotiations and persuasion. This does not have to be their primary job, and they can work in a local grocery shop, but they will be the best sellers ever who can sell whatever they want.

Scorpios who celebrate their birthdays on November 12 are dealing with public affairs as a part of their work, can become an extremely positive political force in a smaller or larger social group in which they operate. But these persons can also face great personal challenges in an attempt to master their wild and violent energy in which they will succeed only if they are honest to themselves and let others help them in some way.

These people must be careful in choosing associates; they should not select them easily. More importantly, they need t take care of the persistence of character and to place more faith in their abilities – focusing them in the positive direction is also imperative.

Jupiter that is one part of this symbolism is the largest planet of the solar system, and it is considered to be their benefactor and with it is connected to wealth, growth, progress, higher education and journeys (both regular and spiritual). It brings happiness and happy circumstances, and it continually pushes for further research and growth. In the negative sense, his main characteristics are an exaggeration, vanity and constant dissatisfaction. In combination with Pluto that is the planet that is responsible for all Scorpios, things get a somewhat different turn.

This combination means that in the lives of these people there is an opportunity for tension and possible very problematic situations on the personal plan, also their presence can be marked by secrecy and even misconduct. Pluto- Jupiter also means that there is a more significant conflict with an influential person of authority.

From the numerological point of view, numeral 3 that can be found in this date and that has an influence on people born on this day, means that they are humans of action and energy. It is especially crucial for them to be resourceful and not waste their goods. Do not react violently and passionately, because such reactions will bring more harm than good, but also the decisions they make in this way, will not be good – this is the main advice for them.

They are those people who feel that it is essential to act logically and based on reason, not feelings. Only this way they will solve the problem that is bothering them. They can also be those who aim to the highest positions in society, but even they tend to become people with a dictatorial attitude. People in government number 3 are highly valued by their independence so that many people – this is an aspect that determines their actions and deeds.

Their matching colors are blue and green, and numbers 3 and 22.

November 12 carries a great significance for some, for example for Chinese culture, but this date is also connected to the WWI and WWII.

1555 -In the English Parliament Catholicism was re-established.

1793 – The first Mayor of Paris, Jean Sylvain Bailly, was killed on the guillotine.

1812- After the withdrawal from Moscow, the remains of Napoleon’s troops suffered severe losses on the River Berezina.

1893 – The treaty was signed between present day Pakistan and Afghanistan.

1918-The day after the capitulation of Germany in the World War I and the abdication of Emperor Charles I was proclaimed the first Austrian Republic.

1927-Leo Trotsky was excluded from the Bolshevik Party, and Stalin became an undisputed leader of the USSR.

1969-  Russian writer Alexander Solzhenitsyn was expelled from the Soviet Writers’ Union because of the fierce criticism of Stalinism in his novels.

1981 – US shuttle Columbia flew for the second time in orbit around the Earth, becoming the first spacecraft to be used for two times.

1998- Germany’s Daimler-Benz merged with the American firm Chrysler Group and created the Daimler-Chrysler.

1999 – The UN World Food Program ATR-42″ crashed in Kosovo. All 21 passengers and three crew members were killed in the accident.

Do not be surprised that on this list there is one name, one famous name of a serial killer Charles Manson (he is born on this day). But this is important because his characteristics are everything that people who are born on November 12 are but in the negative connotation.

1833- Alexander Porfiryevich Borodin, a Russian composer, a chemist and a doctor.

In the lives of these people, everything is connected to the energy, so those who are born on November 12 avoided the expression and attraction of negative energy, and this is something that they tend to do often. The magnetic qualities of these Scorpios can be so strong that these people can fall under various types of unwanted influences that can adversely affect them.

The excellent state of their lives, if such a thing is possible, is directly proportional to their ability to overcome adverse behavior habits with their will for power -in some cases, this desire for influence and power moved in a problematic direction, like in the life of Charles Manson.