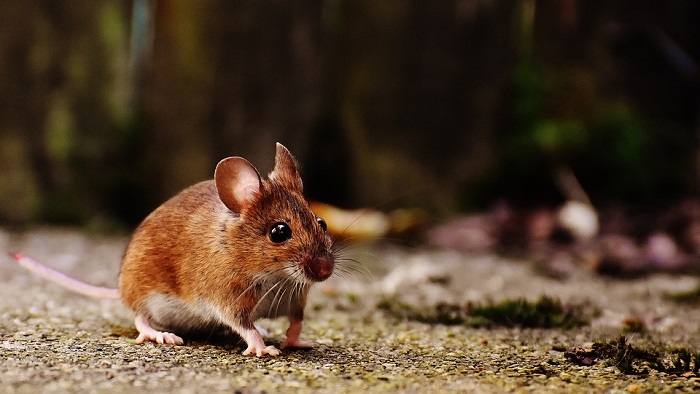 This tiny and speedy animal has been inspiring all sorts of associations ever since. It is somewhat strange to think about such a small and gentle creature as an ultimate symbol of mischief and damage, but that is exactly what a large number of people think about mouse.

In addition, there are so many people that are afraid of mice! Why is it so?

We will try to explain. However, this little fellow has rich symbolical meaning and it is featured in many cultures around the world.

There are various beliefs and superstitions about mice, of which some are extremely positive, while others are bad.

Beliefs about mice highly vary all around the planet. While some cultures respect mice for their powerful spiritual significance, others associate them exclusively with pestilence and mischief;

Mice had gained notoriety a long time ago. These little creatures have been associated with dirt, illness and impurity since far past and some people still think the same.

People think of them as pests and misfortune. Believe it or not, mice are actually very clean animals.

However, it seems people simply embraced interpretations of mice as unclean and filthy creatures and commonly think of them as bad omen.

Did you know that mice are actually extremely clean animals? They do not seek dirty corners because they like to be filthy, but because food is usually easier to get in such places;

Ok, so what this tiny rodent could say to its defense? Many things, indeed. Despite mice are small in size, they possess a true treasury of symbolical meanings and messages for us.

Since first days of human civilization, mice have been lurking around us.

That is the reason why people from all sides of the world developed their own opinions and understandings of mice, their behavior and ascribed them many different meanings and spiritual powers. 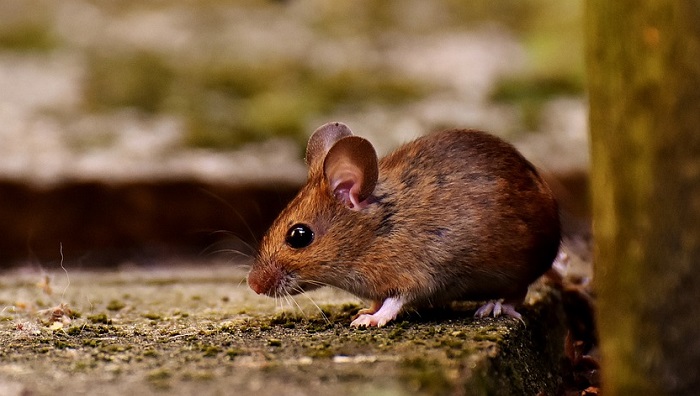 There is no such small and fragile living being that inspires so many mixed emotions and thoughts as a mouse does.

Mice have been having various symbolical meanings and interpretations in different cultural concepts around the world and throughout human history.

This little rodent has been associated with both divine powers and forces of darkness. One thing is for sure; mice have powerful magical significance for many people.

As a creature that digs underground tunnels, mouse is strongly connected to the element of Earth and hidden, mystical forces unknown to humans;

There is one less known interpretation of mouse symbolism, originating from Ancient Greece.

You will not find that in many texts and articles about Greek mythology, but mouse is associated with one of the most adored and one of the greatest Greek gods.

Spirituality and life cycles – Mice live both under the ground and move on surface. This duality of their behavior is usually interpreted as a symbolical connection between spiritual world and our, material and physical reality.

It is believed mice have the gift of special spiritual connection with the Unknown and mystical.

They are messengers from those worlds we cannot reach in our reality. A mouse symbolizes those sophisticated and gentle threads that make bonds between spirituality and reality.

Since mice are believed to have such abilities, they also symbolize the circle of life and the change of life cycles.

They embody the transition of material to immaterial and vice versa.

By digging their tunnels, going out to the surface and then returning back down again, they symbolically rotate the wheel of overall existence.

As you can see, these small rodents possess great spiritual force within.

Underworld and mystery – In addition to interpretation of mice as a highly spiritual creature, during medieval times a belief had developed. It was believed mice are not only messengers from the Other side, but they also help souls of deceased and carry them to their afterlife.

We can see mice are associated with mystery and the Underworld, but not necessarily in a negative manner.

However, not all of medieval interpretations were kind to mice.

Death and destruction – During notorious times when severe epidemics of so-called Black Death had been taking away thousands of human lives, mice and rats were considered our worst enemies. People associated them with dark, filthy places and plague; they accused these rodents of spreading diseases, bringing death and misery to people.

It is not clear whether this was actually true. However, this belief survived until modern day.

In the world so ruined by illness, poverty and death, these animals have multiplied in scary numbers, because they did not lack food, feeding on all sorts of, let us say, leftovers.

The sight of so many mice or rats was not pleasant, at all and it was easy to blame them for more damage and misfortune.

Since these times, mice are associated with dirtiness, disease and death.

Purity and innocence – However, in some other parts of the world and cultures alien to medieval Europeans, mice are seen gentle, pure creatures that represent some of the greatest values we could think of. Mice stand for fertility, abundance, richness, shyness, modesty and goodness.

These interpretations are mostly Asian. These people have always had, to say, a better understanding of our connection to nature forces.

In animal kingdom, mice are actually some of the tidiest and the cleanest creatures. A mouse keeps its coat clean and tidy on a regular basis and always makes sure everything is fine with its fellow mice. This animal takes care about its family, nurture its little ones and reproduces in large quantities.

This tiny creature is kind and gentle, so it also represents fragility, innocence and care.

Mischief and cunningness – Mouse is also a symbol for cunningness and mischief. This little rodent has many enemies and it is one of the favorite bites for bigger predators. That is why it has to be smart and cunning to escape them.

Popular cartoon characters, such as Jerry the mouse, illustrate this mice trait. In each episode, Jerry somehow outsmarts Tom and escapes his claws.

In popular culture, mice are usually portrayed as cunning and very skillful characters, able to escape their enemies and make fools of them.

In reality, mice are indeed fast, alert and careful. They know they are small and are always able to find a way to survive.

They symbolize resourcefulness and speed, as well.

Cowardice and fear – Some would say these gentle beings are cowards. A cowardly person is commonly identified with mice and we usually do not have much respect for such people. Mice are masters of escape, running away, hiding and avoiding encounters with other beings.

We could interpret this as an intelligent surviving mechanism, but people generally identify it with negative interpretations.

Alertness and observance – Mouse is seen as timid, fearful creature that is always on the watch. Its alertness is constant. While cowardice and anxiousness are negative traits, alertness can bring great perception and true experience of our surroundings.

Mice teach as pay attention to every detail around us, in order to make sure we are safe and no harm is coming to our loved ones.

Mouse totem can teach us many valuable lessons about life. It is a powerful spirit guardian, despite all of negative traits people tend to ascribe this little gentle creature.

Remember, rat (sometimes also interpreted as a mouse) is one of the honored animals of Chinese zodiac.

This totem can teach you many things and help you develop your skills and gain experience that is more important.

Mouse totem people are particularly intriguing individuals, because their characters always balance between a role of a trickster and a pure hearted, honest individual.

Mouse people are always on the move. It seems they can hardly settle down. They are fast, energetic and very active.

Even if they are modest in nature and do not crave for luxuries and expensive things, they really know how to make the best of life.

They are playful and friendly, although they are restless and unsteady, which might be annoying sometimes.

However, their playfulness and eagerness to experience different things inspire others. Mouse people are good company, but faithful friends to few chosen ones.

Mouse people are intelligent, focused and sharp minded. These are traits that help Mouse people a great deal, especially when it comes to work.

They are analytical, thorough and able to deal with statistics and organization.

However, sometimes they would use these skills to simply trick others, in order to get what they want more easily.

Do not let your incredible skills lead you to the wrong path! Use them for your own good and make the best of them.

As we have said, Mouse people are thinkers, but they are doers, as well. They do great in any field that requires good organizational and analytical skills.

They are usually those ‘nerdy’ team members with an incredible knowledge about the subject.

Not only they are great in finding, selecting and organizing information, but also they usually come up with the best solution.

They are good with numbers, skillful in technology, mechanics and projecting.

These people are sensitive and fragile; ill tongues would claim they are cowards. We prefer to say Mouse people are anxious and always on the watch.

They do tend to worry more than it is necessary, which could make them nervous all the time.

If you are a Mouse person, try to manage your natural instinct to worry. Your totem tries to teach you about the importance of moderate alertness, not to make you anxious.

Mouse people are kind hearted and caring. They love to be around people and are very attached to their family.

They feel the most comfortable at their home, in a circle of the closest people. Mouse people are sociable and love to engage group activities.

They care about their dear ones, their friends and partners. They have a gentle, sometimes shy approach towards others.

Their active nature makes them meet many people, but they generally feel safe and secure with only few chosen ones.

Dreams about mice are generally interpreted as negative omens, but not in all cases. These dreams are usually thought to symbolize fear, lack of self-confidence, weakness or so.

Dreams about mice are associated with the idea of being rejected or not fitting to certain social environment.

Since mice triggers uncomfortable feeling amongst many people, dreams about them might be reflection of a person’s waking life insecurities, worries or troubles.

However, there are some positive interpretations, as well. Let us see!

Dreaming about a mouse in your home is a good omen, according to some dream analysts. It suggests there will be plenty of food, money and children in the house. It is a fortunate sign;

Black and white mouse in dreams reflect dark and bright side of a dreamer’s personality;

Dreaming about a dead mouse is a bad sign. It means dreamer is unable to let go off his or hers fears and worries and constantly keep returning to thinking about them, without finding a solution;

Catching a mouse in a dream means people around you make a big deal about some unimportant things that bother you in reality;