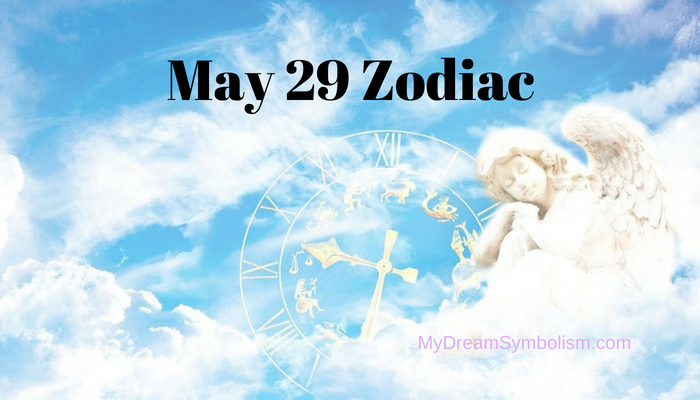 In many of these articles in which we try to perceive to truth in the stars, we are talking about the planets and their role in the Astrology, and on Zodiac signs in general. We could tell you right away that there is no best and worst planet, neither the smartest and the best Zodiac sign, they all carry one right and one bad side, and it depends on us how much we will and how to use their influence.

That influence, like everything in life, can be constructive and inspiring, or negative and disabling; but even the worst planetary influence can have its benefits. Even the worst characteristic that we see in ourselves, we can transform into our gain and virtue.

Some older and more experienced numerologists and astrologers say that in these “sciences” is all about our perception and our commitment to what we learn and what we know about our natal chart.

The unfortunate aspect of the horoscope can be quite bad and something that can be imprinted to our subconscious, but it can also be very good and inspiring motive, our driving force to act further and to change our lives since its primary purpose is to show us our potentials and ways to develop them. It is life, a good and bad are the main ingredients, and our perception of all those events no matter what they are like is crucial for how our life will turn out. Astrology is there to help, but first of all, we need to look into one seemingly small element, but very important – birthdate. Today it is May 29, and we will try to complete the story about this date, covering all essential aspects.

People born on May 29 are often found in theatrical situations in their lives and are always ready for a fight so that they can resolve that situation, in this way or the other. These people support and discover the truth in the way they see it (and this is one very subjective aspect, which is in most of the time unrealistic).

Above everything, these people are very committed to working for the organisation they work for, and this separates them from the crowd. No matter what the circumstances are, those who are born on May 29 are oriented on the agreement and are trying to extract what is best for them for every situation.

Most of the time they are committed to improving the lives of others, they do not lose sight of their interests, never, even when times are hard. These people who are born on May 29 can balance these two sides of their personality  (they belong to the Gemini zodiac sign, and they are known for their duality), helping others and meeting their personal goals so that there is no conflict. The tendency towards competition is very pronounced so that people born this day should avoid conflicts whenever possible, but the reality is somewhat different, they attract conflicts.

These people even unconsciously cause a suppressed aggression of others; and for this reason, people born this day should keep their aggressive feelings and anger aside. They should strive in finding a socially acceptable way of expression; the best way is to stay on verbal discussions.

People of the May 29 are energetic and very charming, they attract people to themselves even those who do not like them. They can lose their head for a potential partner but can get out of difficulty and strange situations, no matter what the difficulties are.

For others they have unpredictable and weird nature; they hardly are able to hold the same person all day long. But in the end, they are the people who love society and have a problem when they are alone for a long time. 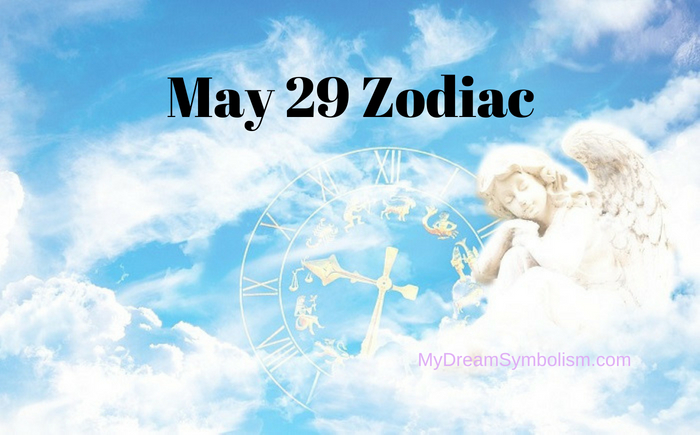 They can be loving people who have active spirit at one time, and at other times melancholy and depression, and these two personalities are combined in them, and their lovers should expect such behaviour.

These people who are born on May 29 should learn never to disregard their inner feeling, either their relationship is working or not, cause even in love success can be achieved through carefully implemented plans and determined efforts.

People born on May 29 especially have to pay attention to their intellect in a sense that they have to direct it to the right direction; during that road, they need to learn how to protect themselves because they have unrealistic attitudes that are pointed to hazards. They are people, as we have already said who can be drama queens. Generally, they are very theatrical and will always for their ideas, and this is also true in their work. The main problem is in their perception of the truth and they can, in interpersonal relations and in work to fight for a long lost cause, that can turn out to be a complete waste of time for all who are involved.

Sometimes they sabotage themselves because of the fear, and they are unable to make their dreams true. Realistic and firm-grounded point of view will have a positive impact on overall success in the life of the people who belong to the May 29.

People born this day do not value especially the money, but it is interesting to come to it in a very easy way – they know how to use it for their further development. These people highly value hard work and especially admire verbal skills that they own, and any type of managerial, marketing or oral job is a fantastic choice of occupation for them. Although mental abilities dominate these individuals, they must also express their physical capabilities, so very often they are involved in some sports activity, but they are not primarily oriented toward winning, they like to participate.

Those who belong to date is that they need a partner in everything they do – and also in their work, they do their best in pair. That partner doesn’t have to be in front row, it can be a silent partner who will provide them with much-needed support.

Number 2 and the Moon rules persons that are born on May 29. Since planet Mercury rules their Zodiac sign, Gemini, we should speak more about this planetary influence. These two (the Moon and Mercury) point to the coherence of emotional and inner nature, and subsequently, these people are cautious about what they are talking about and what they are doing. They have intimate knowledge of how many words they know affect emotions and the inner world.

They are naturally very communicative and have no problem to start communicating with others; this is something that helps them in their lives, both private and professional. What is very interesting is that these people have the gift to read the thoughts of other people, and they do it very well. Because of the Moon, they tend to think too much, and people with this position have difficulties to be mindless (in a meditative state).

Those who are born on May 29 tend to feel that their inner world is affecting their communication. When the Moon and Mercury are combined like in this case, it points to feelings that can be self-destructive. But that other “twin” points to very witty people, with a great sense of humor, who have innate. The Moon rules emotionally, but it also brings reflexivity and passivity, and Mercury something opposite.

From the numerological aspect, those who are under the influence of the number 2 love the society of communion and cooperation. They are better associates than leaders and often hold back positions. It is for this reason that these individuals should alleviate their aggressiveness to function better within the working group.

Their number is 11, and their color is pearl white.

Historical Events on May 29

May 29 is the end of the month of May and the time, as you will be able to see it in the next section, the time of many changes in the world. It is a time of awakening and fight, the time of conflict and peace.

1167 – The army of the joint Italian cities of the Lombard League defeated the German Emperor Friedrich I Barbarossa.

1453 – After a long siege, the Turkish army captured Constantinople (Istanbul), the capital of the once mighty Byzantine empire, and killed Constantine XI Palaiologos.

1500 – Portuguese sailor Bartolomeu Dias, who discovered the Cape of Good Hope, drowned in a shipwreck on a stormy sea.

1867 – The Austro-Hungarian Empire was founded by the Habsburgs.

1914 – At least 1,012 people died in the collision of a British passenger ship “The Empress of Ireland”, and the Norwegian cargo carrier.

1972 – The President of the Presidium of the Supreme Soviet of the USSR Leonid Brezhnev and US President Richard Nixon signed in Moscow a declaration opening the era of better, peaceful relations between the two world powers.

1985 – Heysel Stadium in Brussels, just before the start of the European football championship match between Liverpool and Juventus, in the clash of the hooligans 39 people died, and more than 400 people were injured.

1990 – Boris Yeltsin elected as First President of the Russian Federation.

2001 – Four other followers of Osama bin Laden, the head of the terrorist group Al-Qaeda sentenced in the US for planning to bomb the two US embassies in Africa.

Famous people born on May 29

As you will be able to see the list of the people who are born on May 29 seem endless, and it is an excellent correlation to their success and talent – it can be truly unlimited.

To sum all knowledge of the people who are born on May 29 is that they have so many Gemini characteristics – they are communicative, charming and social, but if they are somewhat more peaceful, they are equally curious, cautious and mentally engaged with their environment. It is a type of person who needs to express itself through the movement and the game, which will greatly contribute to their good physical and psychological development.

As the need for different interests characterises them, they will want to try in little by little and this need to quickly shift from one investment to another can well highlight their traits of inconsistency, which is also characteristic for this birthdate. The earlier those who are born on May 29  adapt and adopt positive principles; they will be more comfortable to finish their life assignments. For them sometimes it is very difficult to maintain concentration, and in spite of obvious intelligence, life success is often not proportionate to their enviable possibilities.