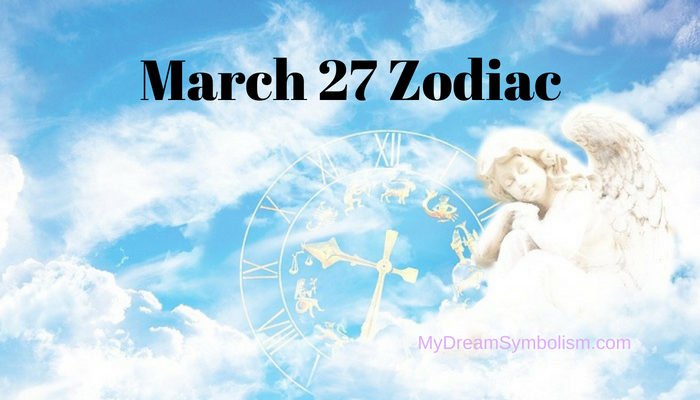 There are not many areas of human creativity and interests in which there are so many opposing opinions as astrology, some belief in it; others don’t, but all of us are very intrigued by it. This specifically relates to an attempt to explain what astrology is and how it works, it may seem complicated, but it is at the same time simple.  In connection with this subject, one can find a lot of texts, especially on the internet, including the pages of this site. So many reasons confirm why there are so many opposing thoughts regarding this subject. On this occasion, we will not enter into a more detailed analysis of the various concepts of astrology, and in the end, it is not the most important thing, sometimes it is enough to enjoy. The purpose of this text is to give readers a concise insight into their birthdates, its features, and connection to almost all aspect of all, along with the advice for development, based on already existing potentials.

The most critical part in studying and practising astrology, and diving deeper into the birthdate connected through the matching Zodiac sign, is helping readers to understand better the content they will encounter in the future study of this subject. For this text, it is enough to point out that, we are going to speak of one particular date March 27.

People born on March 27 have a great interest in science and new knowledge, this is something that defines them to the core, and they like to learn, ask and acquire new information. Even when they do not deal with the scientific work of this person is often involved in some usage of knowledge – you can often see these people fixing things around the house, and dissecting various devices to parts to see how they work. A functioning of things interests them the most and they are the people who have a vivid imagination that can be turned into some creative work.

People of the March 27 are people of the discovery, and they feel like when they are open for new experiences, they are truly living life in the way they should.

They are intuitive people, and they come to the conclusions themselves, and it’s not easy to fool them. Because of the constant struggle through which people who are born on March 27 continuously go to thrive on success, these people can become emotionally rigid. Essentially, no matter what the professional be, these people are not too sentimental and have no developed feelings for the needs of others.

We are not saying that these people are deprived of emotionality and that they cannot love anyone in this world, but they are not particularly apologetic about their actions and considerate about others needs, they put themselves in the first place.

Their job, most commonly technical, or related, is something where this person works best. They create surprisingly good relationships with social groups better than individuals. Although not many emotional persons born on March 27 are very passionate, their work is so powerful that they cause positive emotions of others because of their direct approach. It can be challenging to live with people who belong to the March 27, because they are over-crowded with problems that have no contact with everyday situations and human feelings. Things are viewed as black or white and large demands placed in front of their family and friends.

The most valuable lesson that they need to learn is to develop emotional intelligence.

No matter how these people are not those who are mainly emotional, they are those people who enjoy contact with others, they enjoy sex, and the first moment they seduce their wanted “love targets”, they love their partners to be provocative and sexy.

Additionally, their lovers should learn little tricks about how to attract them under any circumstances and to keep them interested. But that’s just the starting point – their lovers need to learn how to play that game, how to keep these people interested continually, and to know how to parry him. 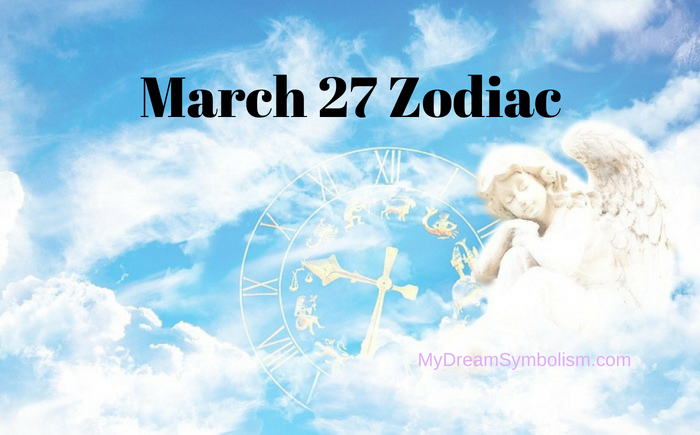 They have an adventurous spirit, and it is a good idea to keep them on surprise, but they also provide to their partners a variety of surprises.

No matter how they are not interested in love, sometimes they are too occupied with some other projects, and they feel like they don’t have time for love, but they will not reject someone who they like, and who did something special to draw their attention. People of the March 27 are not inaccessible people, on the contrary, it is open and loves socialising, and conversation and you can quickly tell it.

When we are talking about the people who celebrate their birthdays on 27 March, they are not easy lovers, and there is no doubt about it. The adventurous spirit, the challenges, the changes, the action, and even the tendency to deal with something valuable that can jeopardize partner’s attitudes and individuality, is something that needs to be put into the perspective when you are with them in love. Nevertheless, be gentle with them, if you are in a relationship with them, they are not bad, even if they can act like stubborn humans. They have so much to offer in life and love, but their character doesn’t suit everyone, and that is ok, there is someone for everyone.

People who celebrate their birthday on the March 27 are born leaders, as all Aries signs; they like to be leaders who work pushed by their great ideas and dreams, designing some great deeds, that will leave some trace in the future.

The money they earn, and in their case, it could be big money, they know how to invest it wisely, and to spend it with pleasure.

They know how to be tricky and demanding employers, but they can be generous to those who are loyal to them.

People born on March 27 are ruled number 9 and the (war) planet Mars.

What this numerological symbolism gives is that number 3, in fact, masters with all other integral numbers, as well as the number of births born in the ninth, have such effects on their environment.

They are often in leading positions and set new standards and trends, and this can be seen clearly in the lives of these people. Impulse and strong also emerge, especially due to the double impact of Mars on these people (all Aries, a sign that they belong to, is also under the government of it). Particular attention should be paid to the implications they have on other people because they are very difficult to resist because of these violent energies.

Their number is 11, and their color is brown-red, a velvet red, almost.

This date through the course of history was marked by some deaths, and also some violent battles in the Big Wars, but is not a bad idea to remind ourselves on all those events, which deserve to be remembered.

1713 – After the end of the Spanish Heritage Act, Spain, according to the Utrecht Treaty, handed over Gibraltar to Great Britain.

1802 – The Amiens Peace Agreement has been signed, ending a war between the United Kingdom and France and its allies, Spain and the Netherlands. Britain kept Trinidad, taken over from Spain, and Ceylon, that was taken from the Netherlands.

1847 – American troops began the siege of Vera Cruz’s fortress in the US-Mexican war, where there were 5,000 Mexicans. Destruction was burned after a daylong struggle.

1923 – The Scottish chemist and physicist James Dewar died. He made a thermos bottle.

1933 – Japan left the League of Nations after the organization condemned the Japanese occupation of Manchuria.

1945 – In World War II, the Germans launched the last rocket in Great Britain. The projectile fired from Hague fall, southeast of London. In the explosions of these missiles during the war, 8,958 Britons were killed.

1965 – A French architect, Charles-Édouard Jeanneret, known as Le Corbusier, died. He is one of the greatest architects of the 20th century.

1968 – In a plane crash, a Russian cosmonaut Yuriy Alekseyevich Gagarin, the first man in space, was killed in an experimental flight near Moscow.

2013 – The headquarters of the Navy’s navy in the Mediterranean was closed after 40 years of work. The Navy’s base was moved to Northeast (United Kingdom).

2014 – Pope Francis and US President Barack Obama met for the first time in the Vatican. They discussed controversial issues, like abortion and contraception, religious freedom, etc.

For many of the people on this list, we could say that there are confirmed reports that they are hard to work with but they are also incredibly creative people, and masters of their profession. Take a look who they are.

1863 -Frederick Henry Rolls, an English engineer, one of the founders of the automobile company “Rolls-Royse”.

These people are individualists who learn very quickly and with the help of new knowledge they create a unique style of their lives. For instance, their house is not usually a house; it is decorated by their unique style, it is made to fit their individual taste, and that specific and uniques taste can be seen in every aspect of their lives, how they choose partners, food, vacation, etc. They are unapologetic about their choices of life.

If we want to describe people who are born on the March 27, we could say that they, indeed share so many similarities with the Zodiac sign Aries, but they are also individuals in their own term.