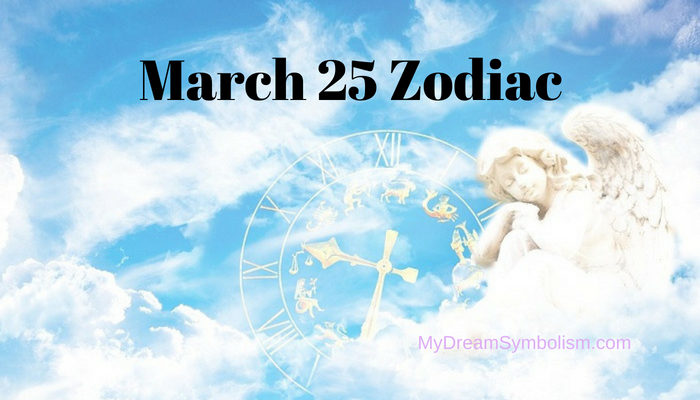 Some Zodiac experts go as far as saying that our birthdate can reveal as much information as Zodiac sign, if not even more, but maybe it is the best option if we could examine certain person through both aspects, date of birth and the Zodiac sign. And on is connected with the other, our date of birth determines our Zodiac sign.

Those experts also say that our business potentials and capabilities are determined by our birthday, so they were born on the 1st and 10th of the month we must be the leaders who thanks to perseverance and ambition, are rapidly progressing. Unlike them, those born on the 11th, the 12th, the 16th, the 18th, the 26th, the 28th and the 29th are hard to achieve business goals   This aspect is something that is determined by the numerological element, Astrological aspect and also some other aspects, which are individual for all human beings on this planet.

High ambitions are emphasised in numbers 8, 17 and 26. Although their progress is not easy, they emphasise practicality, thoroughness and seriousness. Many of them are engaged in politics.

So as you can realise, there are different potentials in people that can be recognised and improved by knowing some things about our date of birth. And maybe you didn’t think of it in this matter like it means something, but it indeed does. In this text take a look at the lives of people who celebrate their birthdays on the 25th day of March.

People born on March 25 are fearless and dynamic people who have many desirable skill and talents, and since a young age, they impose themselves as the best and as the leaders. They feel that they were made to be leaders, but their nature is more free and lonely -to be a leader it means that you have to be responsible for other people, and those who are born on March 25 just like to be free. When a managerial position belongs to them, this is due to a set of circumstances or thanks to the talents they possess and never the reason for their desires and needs. These and similar situations just come into their lives, like it is destiny or something; they rarely want these positions in society.

When partner relations or family relations became very conciliated and demanded, people of the March 25 pull away because they are guided by their principles (one of those principles is to be independent and free). Because of this, these people may choose a solitary life until they are old because they will live alone rather than with someone who is not entirely perfect. This could sound utopic thinking, and it is, but they are, as all Aries in a way, an idealist who chases something that is untenable.

Born this day are fully capable of taking care of themselves, and in family life, they love warmth and security of the family. It seems that their energy is an inexhaustible source, but it is fundamentally not the case.

When it happens that they are left without energy, in situations when they invest their time and energy too much, they usually attack others and react violently to any criticism. This is considered to be their huge and, unchangeable flaw that makes their lives miserable. The great advice that some can give to these people is to try to control themselves in these situations so that their lives don’t become even more harmful.

Developed individuals born this day show a lot of tactics while the less-developed people give up their direct and energetic nature and it brings them into various troubles. It is crucial for these people to educate some inner circle with their friends in which they will feel great satisfaction.

As in all Aries sign, the same rule applies to the people who are born on the March 25- they need to be with good people, both at home and work, so they could progress and reach their full potentials. 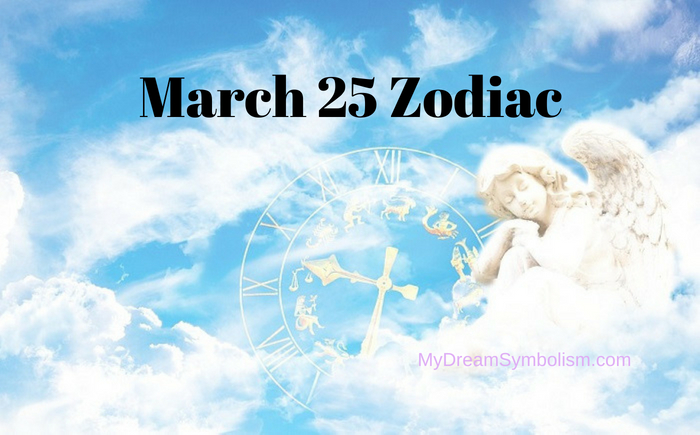 The affiliation to a group of fire signs makes it very passionate. In love games he likes to take the initiative and be the one who will seduce the other party, and also likes that in her quarrels and quarrels she is perceived as foreplay for sex. Men are often a magnet because they are perceived as very intense and intriguing, and winning a “feather” is often a challenge.

When in love, people of this date feel lifelong passion towards their lives and want that relationship to be endless and perfect in every way. And then everything in their life becomes extreme- their behavior, the attitudes, the way of thinking, they are extreme, and it is not suitable for anyone in involved. These individuals do not want to feel like they are tyrants of that relationship,  but she shows jealousy and possessiveness from time to time because their “thing” in love is to show a sign that the partner knows how much they are worth. And believe us, people of the March 25 believe that they are worth millions of dollars and that in the world there are no lovers like them, and they behave accordingly to this self-image.

Romance is not necessary for these people to enjoy love connection, but the partner’s attention is very much welcome; these people love attention, and above all, they like to show off their partners, not just their looks, but their intellect and achievements.

And one more thing needs to be added into this story about the love of the people who are born on the March 25 – they are those humans who can separate love and sex. Sometimes it is easier for them to express their emotions or passion sexually than intimately and will want things to go slower if they are in love. In sex, their adventurous spirit is portrayed – they love to try out new poses and new places for sex.

In the end, we will add that all of this doesn’t stop these people from searching and wanting the true, long-lasting and spiritual connection in their lives. Cause, you know they deserve such love, which will shake them to the core, and they will search for it.

The other attracts in its society because of the danger and unpredictability of a woman born in that astrological sign as another skin. Still, friends sometimes find it difficult to understand her distinct independence, and her friends are also jealous of her because of her character. When she goes out in the evening, she does not need a horde of friends, but two or three close people who think similarly to her and who are prepared to crazy. Their company guarantees entertainment.

People born on March 25 mostly do not have time to care about their health for example, because of their strong business obligations. They feel that their health is a gift that follows them from birth, and will sacrifice it if they want to achieve specific business goals.

They certainly have a lot of courage and energy to do so. Some of these people are true fanatics when it comes to their job; they can be those people who are in their jobs 24/7 non-stop.

Job relations with these people, no matter in what shape and form, are very intense, but more than once they become lifelong friends with their co-workers because these people can sacrifice for their co-workers if they believe in the shared idea. The tendency is to have a full circle in life, that is filled with friends, family, and the fantastic job is mandatory for these people friends because it continually changes interests and everyone cannot track its pace.

The most critical thing that they need to have in their careers is to believe in their business idea and to surround themselves with ambitious people who share their passion towards the job.

Persons born on March 25 are ruled by the (lucky) number 7 and planet Neptune. What this influence does is that makes these people love travelling, and besides personal satisfaction, they learn about other cultures, and that complements their individuality and expands their knowledge. They are good and are not quarrelsome, but they want every argument to be discussed to come up with some original conclusion -people of the March 25 like to discuss different topics and to take some useful lessons. Independence is what distinguishes the week, and when added to the influence of Neptune this independence can get extreme forms. Mars that is in charge for all people who belong to the Aries sign brings energy and dynamic activities but in combination with Neptune can bring unrealistic attitudes.

Their lucky number is 10, and their color is purple and orange.

What are those events that were remembered as important and that leave a mark in human history, and that occurred on the 24th day of the March? There are many, and some of them are positive, like the ending the slave trade in England, for instance.

1821 – The Greeks started to rebel against the Turks in Peloponnese, which, after 12 years, ended with the Greek independence

1918 – French composer Claude Ashil Debisi, the creator of musical impressionism and one of the founders of modern music, died.

1924 – In Greece, King George II was thrown out, and Greece was proclaimed to be a republic.

1957 – Belgium, Western Germany, Italy, Luxembourg, France and the Netherlands signed the Treaty of Rome, on which the European Common Market was established on January 1, 1958. The organisation was later named the European Economic Community (today the European Union).

1975-  King Faisal was killed in Riyadh. The killer, the Prince’s son, Prince Faisal Musaid, was executed publicly in Riyadh in June.

1994  -The Neo-Nazis threw a bomb at the synagogue in Lübeck, which was considered the first incident of this type since the end of the World War II in Germany.

1999 -At least 40 people were killed in a fire that caught about 30 vehicles in the tunnel below Mont Blanc.

2002 – Around 1,800 people lost their lives in a powerful earthquake in Afghanistan and northwest Pakistan, and over 2,000 injured.

Did you know that two of the famous TV actresses in the Holywood TV shows, ” Sex and the city” and “Desperate Housewives” were born on the same date? Yes, they are, and that date is exactly March 25.  Read below who they are.

Now we are mandatory to provide to you some short description of the people who are born on the March 25… Well, they are under the rule of the Zodiac sign Aries, and they have many of their traits; but also their birthdate itself tell so much more.

They are passionate and emotional, but also can be problematic and demanding partners, both in love and life – on top of this they are those who will sacrifice for their loved ones. They can become leaders in their environment, but not with their own will, and this doesn’t mean that they will not do this role right.