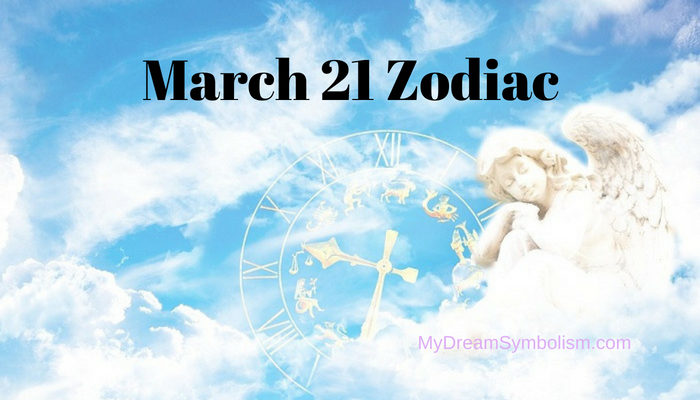 In these articles, we are mention terms Astrology and horoscope, and it is maybe a good time to make a difference between the two things. These are the two basic concepts when we are talking Zodiac signs – the general horoscope and the individual or life horoscope.

A general horoscope always gives general predictions, those that remain at the general level of the Zodiac, or to be more specific about the 12 horoscopic characters.

Regardless of whether it is an annual, monthly or weekly horoscope, prognoses are always general, because they only deal a zodiac sign, and they do not deal with the analysis of someone’s horoscope that involves many more aspects, it is much more detailed and specific.

A life horoscope is based on a specific and precise interpretation of a person’s horoscope; it is as its name claims it is much more specific and individually oriented. Astrologers say that revealing Zodiac sign and its effect on a person is always a personal story and deals with the analysis of all important events and content that fulfills one’s life story. In this sense, looking into birthdays and its effects, both real and symbolical is unique and unrepeatable.

The twenty-first day of March is the day when the new horoscope begins, with the sign of Aries signifying both the beginning of the spring and the day when day and night are of the same length. We will make a little notion here – sometimes this date is a March 20th, but today we are revealing this story and the significance of this date in all of its forms.

In the attempt to best describe them, people born on March 21 are direct, rather complex and sensitive people who can be misunderstood in their environment. Their life is for some other people strange and unconventional, but they live accordingly to their principles and ideas and are used to being “different”.

They choose a way to live according to their principles and often encounter a misunderstanding of the environment, both personal, and business. They are thought to be incapable of fitting into the usual social rules of behavior, but in principle, that is not the case. These people do not want to change their view of things, and even if they understand them as dreamers, they very well direct their ideas to their practical side. How is this translated into their reality? Well, they are not easy people to be around and have very complex and at times disturbing (in the eyes of others) humans.

Because of their aggressive and fervent characteristics, they prefer that those who do not understand them to stay away from them – and we could add here that people of the March 21 are those who don’t have a problem in dismissing people that don’t suit them in some way. They can be very reclusive people who can judge others and avoid people who don’t accept them; they do not justify their actions, no matter what.

Individuals who belong to this date are known for building their relationships directly, and they divide people on those who love them and those who do not like them, and this difference is strict and cannot be changed easily. They expect their environment to understand them without much-spoken words by practically reading their minds, and as they are naturally prone to leadership positions, they want to express a desire with a gesture, or with only a few words. It is crucial for these March people to possess a sufficient amount of freedom in which they will without exception express their eccentric personality. As all Aries, people who are born on the March 21 have somewhat extravagant and flashy nature and are people who don’t like to be suppressed and especially don’t like to give away their freedom. 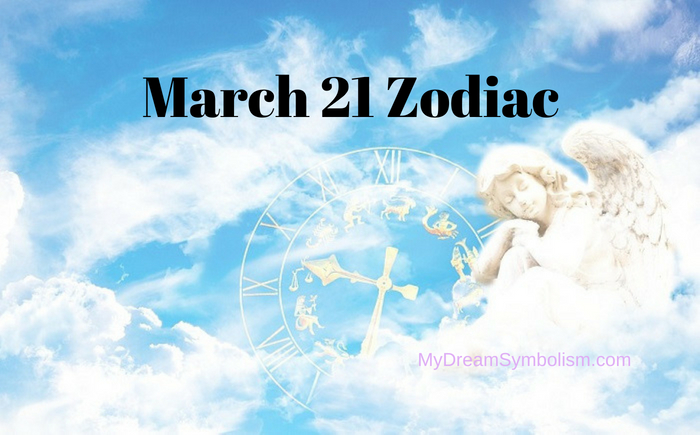 But what is interesting here is that people who are born on March 21deal uniquely with problems in love; they need to be left alone to resolve their problems in solitude. If they are suffering, they are not like a typical representative of the sign Aries that they belong -these people do not like for others to pay too much attention to them, especially when they are in the problem of any kind, love particular. When they get in love problems, they find unique solutions, which are maybe incomprehensive for some.  They always suffer with the same amount of pain and grief and can be “drama queens and kings.” But fortunately, they enter new relationships with the same enthusiasm.

Internally these people can be romantic in the soul, who will change for love, and idealists in love, they will love to have that one perfect partner who will make them better.

At times, some representatives of this date often get involved in the relationship, and they try to be serious, and with each new one they want to be even more “serious” … and they are quite jealous, possessive, and even eager to dominate.  Others, in love, tend to be partners who will be worshipped, but there is always jealousy and possessiveness.

Before we start talking about the purpose and careers of the people who celebrate their birthdays on the March 21, we need to talk about their intellect. These are the people who are smart, but whose intellect does not have a width.

They can be one-sided in their business, and above all predominantly subjective people who will disregard all that is different and that oppose them. Those who belong to the March 21 always fanatically defend only one truth, by their opinion the truth, we already said that they are not objective people, not even in business.

Because of this, they do not find discoveries; neither can they be reformers in a society. But, we must say that people of the March 21 are great workers and can implement the ideas that others have created, developed and extended to the limit. And in learning, they are mastering knowledge, and in every business, these people work and sacrifice for others – this is why they are leaders. They can even exhaust themselves.

In the end, these people who celebrate their birthdays on the March 21 can collect from all sides what they need to fit it well into their system of values, from which desired outcome in work will arise.

Persons born on March 21 are ruled by the number 3 and the planet Jupiter. This symbolic and numerological influence makes them very creative and sociable and people who try to live on a brighter side.

If they get started to do something, in any aspect of their lives, and they are not satisfied and inspired, people of the March 21 lose interest in the projects that have begun.

Many people born on this date do not strive for positions of power in the business world, but they prefer to lead the house as well. The combination of Jupiter and Mars (a planet that is a ruling planet for Aries sign people) brings pride and ambition as well as a tendency towards the position of authority.

Their number is 6, and their color is the deep wine red, a „Bordeaux“type of color.

Some revolutionary laws came into the force on this day through history, but also it is the date when some natural disasters happened (with human victims, unfortunately).

556 – Archbishop of Canterbury, Thomas Cranmer, burnt at stake as a heretic during the Roman Catholic reactions of Queen Mary I.

1804 – The Napoleonic Codex, the French criminal and civil law, came into force.

1871 – Chancellor  Otto Fon Bizmark opened the first session of the Reichstag of the new German Empire.

1884 – In France, a Workers Unions were legalised.

1918 – The World War I: A great German offensive called Kaiserschlacht started another battle on the in France.

1919 – Under the leadership of communist Bela Kun in Hungary, the government was overthrown, and Hungary’s Soviet republic proclaimed.

1921 – New economic policy in Soviet Russia was introduced by the decree.

1963 – By transferring 27 of the last detainees, the most secure prison in the world “Alcatraz” was closed.

1980 – US President Jimmy Carter informed the public about the boycott of the Olympic Games in Moscow.

1991 – A Saudi transport plane crashed in Kuwait. All passengers on the plane, 92 Senegalese soldiers and six Saudi crew members, were killed.

1997 – Russian and US Presidents Boris Yeltsin and Bill Clinton agreed at the Helsinki Summit to reduce nuclear arsenals.

2002 – Pope John Paul II for the first time publicly announced that there are a large number of cases of sexual abuse of minors, committed by Catholic priests.

2003 – The South African Commission for Truth and Reconciliation announced the end of its work.

2003 – US forces raided the palaces of Iraqi President Saddam Hussein and key state institutions in Baghdad.

We could not help, but noticed that there are many people, successful people who are involved in music, are born on the 21st day of March. Even one extremely successful racecar driver. Take a look who these people are.

1927 – Hans-Dietrich Genscher, a German politician and Minister of Foreign Affairs.

Let us conclude this attempt to describe people who are born on the March 21 – they are exciting, subjective, energetic, they have strong urges that sometimes they cannot control. They also can be egoistic, but undoubtedly these individuals are involved, and sometimes even their surroundings have a problem to understand them completely.

Internally, we can describe people of the March 21 as passionate in everything they do and want to do; they can be frustrated if things are not going in a direction that they planned. Their nature is fiery, and at times, triggered by specific events, they can become aggressive creatures who can hurt their closest people.

Also, people of this date are mainly tactical and can be prone to risks, especially in business. In love, those who are born on March 21 are enthusiastic, and when they fall in love, the partner for them is the centre of the world – they can sacrifice for love. Every new love is as beautiful as the first one, and they end love relationships with the same grief over and over again.

They can also be characterised by intolerance -they do not tolerate others’ opinions and does not like to be thought. Otherwise, they are unusually honest, straightforward, decisions are quickly passed on to the shortcuts, and therefore they can often make fatal mistakes.