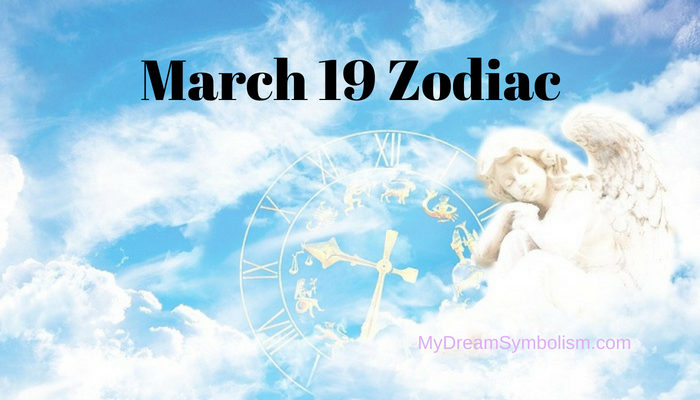 The fate of a man is hiding from our eyes, it is somewhere written in the sky, and a natal chart as a “frozen” picture of the sky at the time of the birth of a person can reveal to us this fate. This aspect clearly shows the complexity of human beings, and by listening to what sky has to say we can come to the true essence of human destiny, that is our destiny, and it is the mater that interests us the most in life.

This symbolic language of celestial bodies needs to be deciphered in the right way and align the life path with the positive energies of the planet – here we can also use the same rule of positive attraction in any other mater in life. If you focus on good energy, that energy will come into your life, and your experience will be positive and prosperous. So, if your Zodiac sign points you to some amazing potentials in your life, you should focus on them, and you should never look at the negativity of your life.

In this case, we will speak of the birthdate, and the importance of the day you came to this world, it is the aspect that carries in itself a number of guidelines that can be of particular significance to a person, as the person gets a better insight into things from his immediate environment and his life in general.

In some ways, looking at these numbers, and adding the aspects of the Zodiac sign, can be compared with the artwork, with the picture, or a poem that at the beginning seem chaotic, and can eventually transform into a special and self-possessing world that is devoured by the soul of the one who creates it and which hides and carries in it important messages of life.

These are very persistent and vigorous individuals who have the necessary persistence to achieve their intended goals, and you may have noticed, that as we are approaching the government of the Zodiac sign Aries, people become much stronger and extrovert, and it can be seen on the example of the people who are born on March 19 .

They are characterised with the straightforwardness and directness in communication, in the way they realise their goals, and in many other things; these people are both efficient and dreamy at the same time (they have some influence of the Pisces, no doubt about it). Even though these people are very positive in their attitudes, they do not have the best self-awareness and are very unrealistic in life (or can be, at times). Sometimes they can have megalomaniac plans and ideas that can hardly be achieved, and they lose their precious time in chasing those dreams -at times it is the best to be focused on small and realistic plans.

They try to change their environment in line with their view of things; this aspect can sometimes be good, and for the better of humankind, in some other ways it can be a negative experience for all who are involved. This seems to be a very pretentious attitude, but this person with this type of persistence is open for inevitable change, and they can change. To others, people of the March 19 give the impression of people who live in two different worlds, but in principle, they are turned into a career, and they are much more oriented to professional success than private.

Regardless of what kind of problems they encounter, these people often follow the right line, following their principles convinced they are on the right track. Maybe this kind of attitude is not so bad, they can deal with problems in much more mature ways, than others, and can turn a problem into the opportunity.

They believe that it is necessary to reform in what they have been avoiding to do for the past years. However, in the absence of objectivity, it may happen that they are heading in the wrong direction. It seems that they never get tired of their activities even when they reach the goal very slowly. Persistence is one of the essential qualities of people born this day, and if they see this as their advantage, they could use it for so many things. If they don’t use it, then they are wasting their own time.

Although sensitive, people of the March 19 have very little tolerance for insecure men; they want a reliable partner who will give them security. They want a hero or a saviour who can overcome all difficulties himself, and what will first draw them to the man is self-confidence and consistency. They love challenges and adventures, but they also have a romantic side that longs for classical seduction, in a way they are a traditionalist who loves family values. When people of the March 19 falls in love, they are loyal, considerate and generous partners. 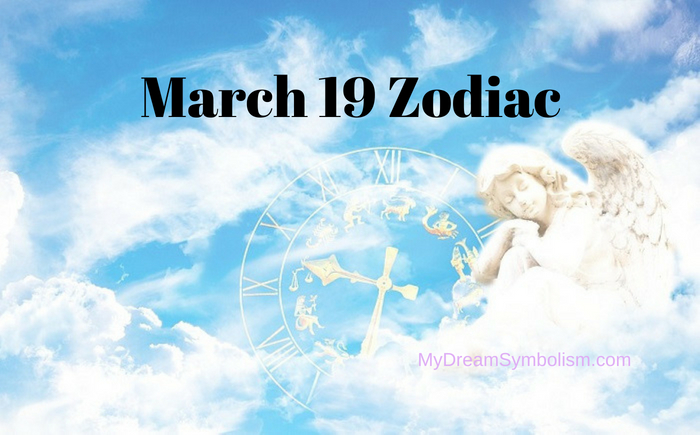 In some more thoughtful analyses, we can say that these people as partners are primarily sincere, and if you see yourself with such lovers, you can be sure that his reactions are entirely spontaneous, open and honest.

However, this openness will not always be welcome, especially if they come across people who will misuse this openness and sincerity, which happens sometimes. Not everyone in their lives will response with the same amount of transparency and honesty regarding emotions.

But above all these people are energetic, and they want the partners who share the same ideas about life.

They are very active people, and if you are in a relationship with them, they will do your best to remember every day that you spent with them. Going out with them is amazing, they love traditional things, but they don’t shy away from the beautiful excursions of passion -they are spontaneous and unpredictable (or can be when they are emotionally involved). In love, they do not submit restrictions, rules and definitions because they live a life according to their standards -where heart rules.

If you want a deep connection with these people, be sure to avoid any indication that you have an affair (or that you are thinking of one, even reminder of previous lovers is forbidden), cause it can trigger the volcano of jealousy and pain for them.

The most important thing for their lovers is to know that people of the March 19 must not restrict them in their activities.

These people know well their knowledge, and they know how to use that knowledge in the best possible way; on top of this, people of the March 19 are prone to risks and dare to change things in their lives, affecting people in their environment.

In their jobs, and professional occupations, they have almost all characteristics of the Zodiac sign Aries. They are those people who bravely step through life and always try to use it to the maximum, which often gives fantastic results. Few others can boast of faith in themselves and fearlessness as these people can; therefore, it is no wonder that these people are leaders and pioneers who know each other in every situation.

The innards of their natural impatience and impulsiveness often cost a lot. People of this date do not know what it means patience, they want everything right away, but it does not go on like that in their lives.

Often, because of their sudden nature, they say or create things that quickly complain, but there is no return. If only a little more were taught patience, they would not have a limit.

Persons born on the March 19 are under the rule of the number 1 and the Sun, and this aspect shows their incredible power and strength. This symbolically makes these people as those who want to see everything the first. This is especially pronounced in people born on this day because, besides the Sun, there is an additional effect of Mars, because these are people on the cross-section of Pisces and Aries. For these humans, no other number has any significance, and their obsession with being the first is too large. It is impossible for these people to submit to authority. The combination of these planets will strengthen their dreams.

Their number is obviously 1, and their color is red, a deep, deep kind of red.

We have to notice, unfortunately, that almost every date in human history has something that is war-related; and it can show in a way a destructive nature that human race has.

1563 – The peace in Amboise ended the first religious war in France after which Protestants received a limited freedom of religion. Protestant wars lasted for more than 30 years.

1628 – The English people in America founded the Massachusetts colony.

1796 – The Republic of France passed the Decree on Freedom of the Press, which, after Napoleon’s arrival in power two years later, ceased to be valid.

1812 – The Spanish Parliament in Cadiz adopted a liberal constitution, which became the ideal of the ideological aspirations of the civic class in European countries.

1861 -After many years of fighting, England suppressed the rebellion of the native population of the Maori in New Zealand, and they retreated into the interior of the island.

1920 – The United States refused to sign the Treaty of Versailles after the World War I and join the League of Nations because of the fear of getting into the war.

1950 – An American author Edgar Rice Burroughs died. He was known for his series of popular adventure novels about Tarzan.

1970 – The heads of governments of East and West Germany, William Brant and Willie Steff, met, which was the first meeting between the two officials from the division of Germany in 1949.

1977  – President of Congo Marian Nguabi was killed in the presidential resignation in Brazzaville.

1994  – Government troops in Phnom Penh took the city of Pailin in the east of Cambodia, the main stronghold of the Maoist guerrilla movement, the Red Khmer.

1999 – An explosion of more than 50 people killed by Chechen terrorists at the market in the southern Russian city of Vladikavkaz.

So many successful and universally beautiful actors celebrate their birthday on the March 19, take a look at who are those actors.

1751 – Maria, the daughter of Queen Mary Theresa and Emperor Franz I.

1906 – Adolf Eichmann, an officer of the Nazi German SS organization.

How can we describe people who are born on the March 19, in the cross-section of the two signs – emotional and sensitive Pisces and courageous and open Aries? Well, we can describe them as the people who have characteristics from both signs, both good and bad.

They are ambitious, and courageous, but can be hurt easily in emotional or partnership relations. They have fantastic qualities and talents, and these people may be shy in their private life and incredibly open and vigorous in their jobs – like in the case of actors (like Bruce Willis, for example).