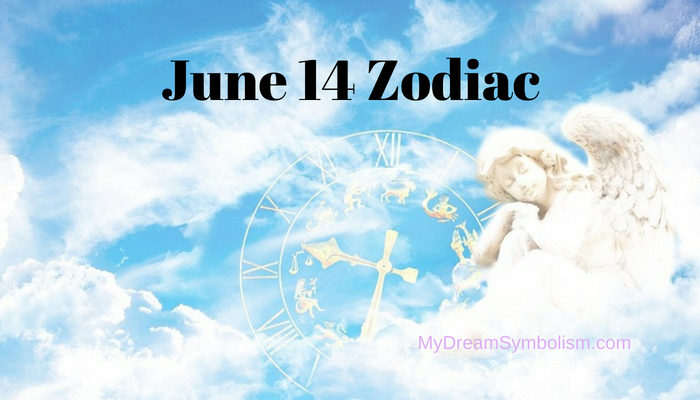 The Astrology that is our topic, we could call the modern Astrology, it has the most significant number of supporters in Europe and America, but they use it in some Eastern countries. We will just briefly say that this Astrology is based on the division of Zodiac into twelve equal fields and constellations through which the Sun, Moon and eight planets. We will also say that this, Western astrology was flourishing in the 15th and 16th centuries,  and at that time, astrology was not only related to astrologers but also to philosophers, scientists, artists, priests. From the beginning of the 18th to the end of the 19th century, astrology was part of the examination of almost all thinkers and scientists in the world.

Today we base our astrological analysis on the same elements – date, ruling Zodiac sign, and planetary, and other influences. We are speaking of date June 14.

People born on June 14 have a very intense character that is complemented with precise and very harsh attitudes that these people have no problem in expressing. These are very loyal individuals who show extraordinary courage when they find themselves in an honorable battle; if the fight is not fair, they will step back from it.

Above all other things, those who are born on June 14 are compelling both mentally and physically, but some representatives of this date can show egoistic and dictatorial behavior that often leads them to conflict with other people.

People born this day have very critical tendencies and can be very merciless in condemning toward other people, but they see such feature as honesty, as the essential virtue in the world. With these people, it is challenging to conduct superficial conversations because they are very thoughtful and discerning -those who are born on June 14 like to contemplate life and world problems, and if you don’t want such topic do not speak to them. Once they have established their goal in life, when they find out what they want and how to get there, these people direct all the forces towards it without fear of the upcoming problems and obstacles.

These persons besides honesty, highly value the freedom of movement, whether mental or physical and like all Gemini people, they love to move and travel, change is good in their opinion. Being withdrawn or sheltered for these persons is unbearable, and the fear of being shut down for some of these people can become a phobia, that will cause them to behave differently.

People born this day like to compete, but more of them like to win; if they cannot win, they can accept defeat, and make they even better the next time.

As partners, lovers or something in between, these people are kind, gentle, and dedicated to the idea of love, or marriage -the main thing is that they commit themselves to a particular purpose, and the romance is the most excellent idea for them. Those who are born on June 14 don’t have a problem to receive love from others, but also to give it in return. By nature, these Gemini individuals are quite emotional, and they may get married and create a family while they are young, in a sense that they will do it first in their environment.

These June 14 people love a good time and have a very charming personality, so it is something that is considered attractive for so many people around them, and they don’t have a problem in finding a lover. 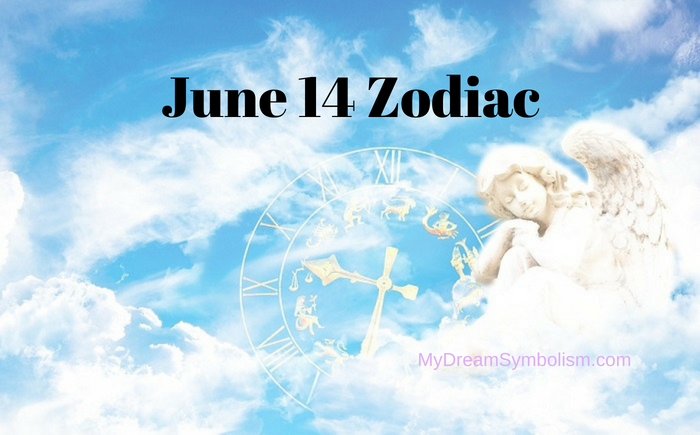 Possessing unlimited sources of energy, these individuals who are born on June 14 can embark on a variety of demanding endeavors, often at the same time, and they will do it with the same passion and dedication. Therefore, they should be careful not to exhaust their physical or mental energy altogether and this sometimes happens there is no doubt about it. Patience is not something that can be contributed to the quality of the people who are born on June 14, but these people would have to learn how to cope with and calm down. Their family can help them in this process; it can be of real assistance in the understanding the importance of the patience.

They try to respect everyone who is their coworker; they are sweet and sympathetic; they can even be interested in politics, and diplomacy.

These people can be religious, but with a broad mind and are not too orthodox. We could say that these people are more spiritual and open to a variety of impressions than anything else; they like to explore this part of their lives also and don’t shy away from doing so in their paths.

At times they can have the urge to “walk” around the Earth several times on travels; they can develop even business from this tendency, and can also hire others so that they could be a part of their work journey.

They like competition, and to be the best and the first in things they do, they enjoy the excitement and are always in the best edition where energy and enthusiasm are sought. Those who are born on June 14 like music, so they could be a good violin performer if they decide to play on this instrument.

No matter what these people decide to do, they will do it well and will dedicate themselves to work entirely, giving their best to it.

Number 5 and the planet Mercury rules persons born on June 14, and this means that they are under the double influence of the planet Mercury since this planet is responsible for all Gemini people. Because of the double impact of the planet Mercury, such, fiery and explosive behavior can be very pronounced. Fortunately for them, the number five has the capability of remarkable regeneration after sustained injuries (physical or mental). Mercury in its double form offers intellect, inventiveness and unrivalled speed of thought. It also points to superior literary and rhetorical abilities (they can achieve success in related jobs). These people are often goodwill, very sympathetic and generous.

The five that can be found in the symbolical chart of these people gives them a free spirit and make them great adventurers. The five points to a change as well as a propensity to impulsive behavior. Therefore, people born on June 14 should learn to master their impulsiveness while at the same time staying open to upcoming changes.

Take a look at the most significant and compelling events that occurred on the June 14, and we have covered it all, from the founding cities to the signing some essential agreements.

1158 -Henry the Lion on the Isar River founded the city of Munich.

1645 – Battle of Naseby in the English Civil War occurred.

1667 – The Battle was ended in which the Dutch fleet inflicted the Royal Navy the worst defeat in its history.

1777 – The US Congress accepted the flag “The Star-Spangled Banner” as an official state sign.

1789 – English captain William Blay, with 18 supporters, after a dramatic journey and over 3,500 miles, arrived on Timor Island near Java.

1848 – Anglo-Saxon settlers in Sonoma began a rebellion against Mexico and proclaimed the Republic of California.

1900 – Hawaii officially joined to the US territory.

1919 – Pilots John Alcock and Arthur Whitten Brown successfully flocked to the Atlantic with a flying Vickers Vimy without stopping. The flight from Newfoundland to Ireland lasted for 16 hours.

1934 – The first meeting of Hitler and Mussolini during Hitler’s visit to Italy.

1940 – World War II: A flag with a hooked cross was erected on the Eiffel Tower, while the troops of Nazi Germany entered the centre of Paris.

1941 – US President Franklin Roosevelt ordered the freezing of German and Italian property in America.

1949 – Albert II was the flight becomes the first monkey in the Universe.

1951 – The first serial-manufactured UNIVAC I computer (the price of $ 1.6 million) was put into operation.

1954 – US President Dwight Eisenhower signed a law to add words “under God” to the oath of the US flag.

1962 – A European Space Research Organization was established in Paris.

1966 – The Vatican published abolition to the Index of Forbidden Books.

1985 – The Schengen Agreement was signed by five European countries, citizens of the European Union can freely move to other members.

1995 – The rebels in Chechnya carried out an attack on the city of Bujonowsk in the south of Russia, took 1,500 hostages and seized government buildings.

On June 14 two very fascinating characters were born, among many others who are also very popular, but these two stand out. These two people are Che Gevara and…. Donald Trump. Read all about famous people who are born on June 14.

1811 – Harriet Beecher Stowe, an abolitionist and author of more than ten books, of which the most famous is “Uncle Tom’s Cabin”.

1832 – Nikolaus August Otto, a German engineer who made the first gasoline engine.

1946 – Donald John Tramp, an American businessman and politician who has been elected president of the United States since November 2016.

In the end, let us say a few more word about these people – those who are born on June 14 are logical and emotional at the same time. Some people say that these people did not escape from being branded as all Gemini as superficial people. They can be too honest, and it can hurt their environment, they might seem to advise people when no one asked for it – this is not a conscious choice.  Sometimes they could live the most complicated lifestyles that have so many different people involved, all of those who they gathered on their journeys.

You will find it hard to meet a person who is born on June 14 that can be broken by the painful circumstances of life, no, this is not possible, and they are fighters and can pull themselves from any problematic situation in life. It is impossible to break them because they forever evict problems in one way or the other.

They can be called by the name an ideal enemy – they are usually fleeing at critical moments, leaving people in shock. As much as they are inconsistent in their beliefs, at least that is the percentage of their curiosity. They are interested in almost everything, but, as they do not have enough concentration, they are learning a little about the “lesson”.