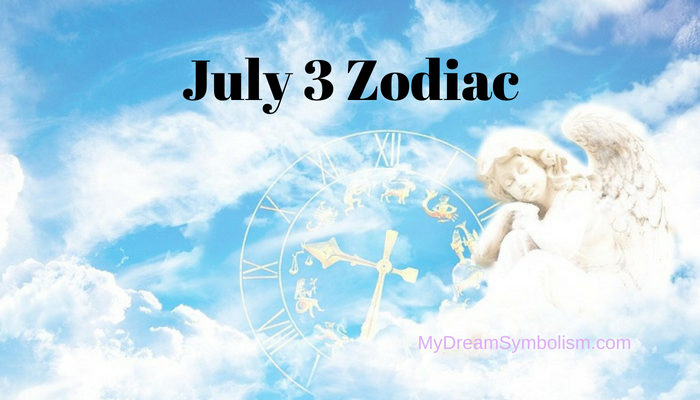 Astrology as science often deals with the study of the influence of celestial bodies on living creatures, and it is in close connection with the astronomical process, all of this is a part of a creation of a personal horoscope.

Some records show that the horoscope, or the beginning of “the thing” that we today call astrology, was created in the ancient Mesopotamia more than 4000 years ago. And you can see how valuable something is if it survived the test of time, and the astrology has. In Mesopotamia, people had developed mathematics and astronomy, and they believed that planetary energies are divine; they worshipped the two things they could see clearly in the sky – The Sun and the Moon. Some say that the astrology was created for the people who are in difficult living conditions and are hoping that they can find hope and comfort in the belief that supreme forces guide them. Of course, in those times, only educated people were involved with astrology, and horoscopes were made just for kings and people in high social positions.

Nowadays, astrology is an esoteric discipline that aims to bring the truth closer to man, and it is accessible to everyone. We all know when we are born, and that date can reveal so much about us, it is the truth that is accessible to us. Today we are looking into Cancer Zodiac sign, specifically focusing on those who are born on July 3.

Some people in our lives are considered to be the actors, while others are those people who are making chronicles of those events and people, and those who are born on July 3 are such people. They record events, significant events, and remember some events or people who are relatively close to them; and in some way, they find themselves at the centre of the critical events.

Those who are born on July 3 magnetically attract unusual and eccentric people, even if they are not like that, but they are drawn to everything that is out of the norms.

However, they can be straightforward and conservatively oriented people in their personal lives; and this is the impression that can be seen in the first glance, their views of the world can be seen as very conservative. This is something that is contributed to the Cancer Zodiac sign to whom they belong.

Many people born this day are extremely cynical. Even after a brief acquaintance, their cynicism is seen, which is a facade that serves to conceal their pronounced sensitivity. It often happens that they comment on what they see and comment on the weaknesses of those with whom they spend time.

The character of the people who belong to the July 3 are different from their surroundings, but their interests are precisely others, what they do, feel, and think deep inside, and penetrating into the human psyche is challenging for them.

These people carefully observe what others are saying or doing, and they investigate to discover what others are feeling, but not right beneath the surface but much deeper.

In love, these people who are born on July 3 are independent, quiet and reserved, and they will never show their sympathies and feelings to their surrounding, even if they want to know that in other. 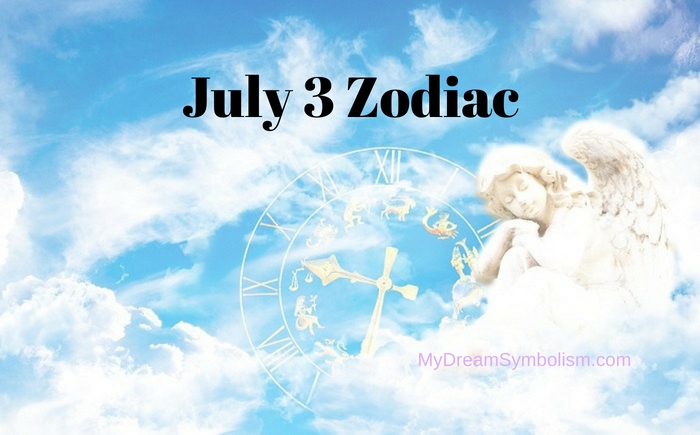 They are almost too withdrawn and should be willing to open up and share their inner world with others, but not any others, but with their lovers, and long-term partners. Cause, you know beings closed is exciting in the beginning, but as a relationship progresses, it is time either for opening and laying cards on the table or breaking up. It is hard, no doubt about it, especially having in mind that others do not have the same attitudes in love, and the same interests, but these people cannot be selfish, they need to learn how to be happy in life, and in love. And why not, love is a learning game; it is a duty in life for all of us.

Happiness in a loving relationship can bring so many benefits, and these people need that stimulants that will give them power and value. It is crucial that every moment in their lives is filled with joy since these people who are born on July 3 are often waiting for time to improve their relationship, and instead they should change their attitude towards love.

Those who are born on July 3, as all Cancer Zodiac signs people are mostly oriented to the family, and if they start to act empathically towards someone, then it’s a good sign and that they can emotionally open. These people like if someone acts as a protector, this is a sure sign that someone could become their potential partner.

Dreamy and intuitive, above all, these people want to be able to share feelings with a partner and feel connected and understood. Above all these people are caring and full of support and care of the person they love.

Some people could see real potential in these people, since they show many talents from an early age, but are not particularly ambitious. What they enjoy is travel, and if they work anything that is connected to travel, they could be quite successful at work. As many Cancers, they are talented in music and writing, but they rarely work on their craft, believing that they are not gifted enough. For some, but not the majority the scene is suitable, but not in front of the audience, but behind, as directors f movies and plays for example.

Their nature is deep, and it is almost impossible that these people are involved in a particular project that is not their real passion. What can be problematic is their relations with co-workers, these people of the July 3 have a problem in showing the truth to others, and they have to learn to speak openly and honestly at work, this is the only way to get things done. These persons are those who want to stand from the crowd but are afraid, and they should learn to find a funnier side at the same time.

Persons born on July 3 tend to lead a life completely isolated from the rest of the world, and that can have a bad influence on their health, as their hypersensitivity must creatively find expression. For all Cancer people it is highly recommended to release their emotions, in any way they know and love -sport, hobby, anything that will free them from tension.

What these people ultimately need is the support of creative people from their work environment, primarily if they are working with family members or friends.

Persons born on July 3 are ruled by the number 3 and are under the force of the expansive planet Jupiter. The influence of the Jupiter on these people is associated with the opening up of better possibilities, with the spread of horizons, liberation, prosperity, and happy circumstances.

The number 3 is, numerologically looking, a winning number that brings many excellent opportunities and abilities, which can lead the person who carries that number into the beautiful places in life. They generally like to take the leading positions in the field they deal with, and tend toward individualism, but are afraid of many things, and can be underdeveloped individuals.

Fortunately, planet Jupiter gives them an optimistic attitude that can make things better for them. Jupiter, in combination with the Moon that is the “chief” of their Cancer sign, can bring idealistic perspectives in the life of those who are born on July 3 and can give them their reconisable cynical side.

But things are not bad for those who are born on this day; this Moon – Jupiter aspect can bring true joy, generosity and happiness; they can feel the energy and support of others if they want to see. But this connection can also point to caution and imbalance in their lives, and it implies that these people have to re-examine their faith in the other.

We found in almost every century at least one exciting and compelling event that took place on July 3, read all about them.

1583- Russian Emperor Ivan the Terrible killed his son, in the act of anger

1775 – General George Washington, later elected President of the United States, officially took over the command of the colonial army in the American War of Independence.

1849 – French troops entered Rome by defeating the resistance of the troops of Giuseppe Garibaldi.

1881 – Under the pressure of the United Kingdom, Turkey signed a convention with Greece that gives the Greeks Thessaly and parts of Epirus.

1940 – The British disrupted a large portion of the French fleet stationed in Oran in North Africa.

1954 – In the United Kingdom, rationed food supplies were introduced during and after the end of the World War II.

1972 – India and Pakistan have signed a peace agreement, ending a conflict.

1987 – Klaus Barbie, the local head of the Gestapo, called the “butcher from Lion”, was sentenced in France for life imprisonment.

2001- Russian “Tupolev 154” plane crashed near Irkutsk. All 145 passengers and crew members were killed.

This list of famous people who are born on July 3 is not long, but there are some very interesting names that made a real impact on humanity.

1971 -Julian Paul Assange, an Australian journalist and editor of the WikiLeaks website.

If we want to look beyond what we know from the numerical or regular astrological analysis, we will write a few more words about people who are born on July 3.

People born this day are often interested in areas that the people find perverse and disturbing, and these people like to see deep into the other people’s minds, and they believe that looking into someone’s darkness, you can learn a lot about them. And we will agree with this statement, and it is a good way of knowing someone. But this interest can lead people who are born on July 3 to trouble, but they do not get excited about it, they love to do it while preserving their reclusiveness and staying away from the spotlight. Maybe a good example for these people is Tom Cruise that is born on this day – he is one of the famous people in the world, but also someone who keep his private life away from the public.  He let into the society only the information that he wants; he creates an image that he wants, etc. And this could be a good description of the people who are born on this day.

One more thing we will add in this story, those who are born on July 3 can never be bored in life since they are always surrounded by something interesting that they can observe, and that can occupy their attention. These people sometimes know that they are also voyeurs since they are so interested to find out what’s happening behind closed doors.