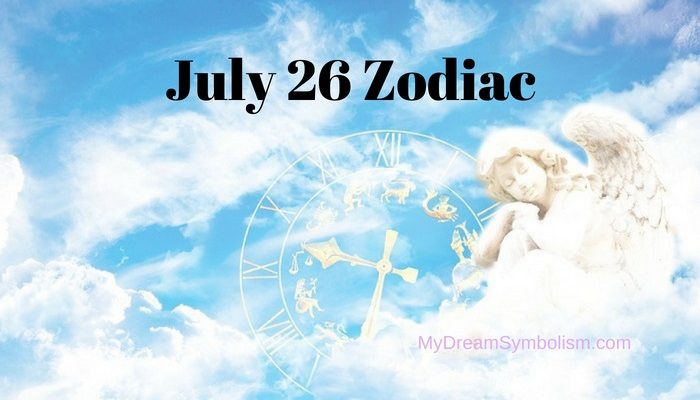 Someone understands astrological definitions as entertainment, someone as an essential tip that will help us to go through life. Whether the stars and the natal chart can predict the future or not, the question is now.

A birth chart or life horoscope is a very personal matter, and it cannot be universal, no matter how many simple things could happen to the people of the same Zodiac sign. It contains the symbolism of everything that follows the life of one person, from the moment of birth to the moment of death.

And here we have come to the one significant thing that represents the beginning of everything -the time of birth. Today we are speaking about Zodiac sign Leo with the accent on a date July 26.

We could call people who are born on this day to be very dominant individuals who do not manifest their dominance and authority in the form of physical strength or money influence, but in an understanding of the time, they live in at the current moment. These people who are born on July 26 not only know and understand the needs of a society they are in but also affect them with their actions and activities.

And no matter how these people seem like they are all show without the substance, believe us when they comment something, they usually know what they are talking about because their authority is rooted in experience they have. It is also a part of the profound knowledge of the discipline they deal with at that time.

People born on July 26 can often be one-dimensional personalities because instead of examining different areas of experience, they are usually limited to an essential area of ​​research, and this is something that could narrow their minds.

It is a well-known fact that every Leo on the planet wants attention and they are the same – many of these individuals have a remarkable impact on their family, social group. This is because these people know how to express what others feel, or to be more specific they can act in a way they can leave an impact on others feelings, and that is very hard.

But, they are also people who are demanding and this may result in their complete abandonment of a particular social role.

Many people describe those who are born on July 26 to be natural gamblers who are moved by the adrenaline and risk.

They are often fatally attracted by difficult and dangerous situations in which they persistently remain until they reach a satisfactory solution or conclusion -even if the ending of specific situation is negative, they want a finish, period.

How can they do this? These Leos with a combination of consistency and strength are well equipped to lead this kind of life. And we are not saying that this kind of life doesn’t leave any consequences because it does. 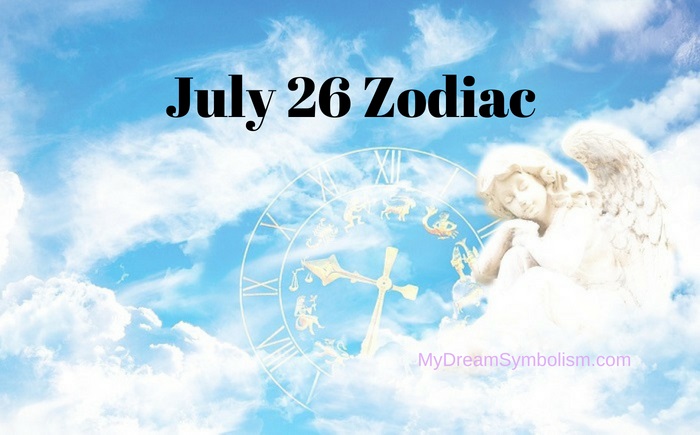 These people are good friends and are popular wherever they appear; they have that incredible energy and charm that they like to show off wherever they go – when any Leo come into the room, people must notice them.

Those who belong to the July 26 are not bad people, oh not at all, but sometimes their motives are questionable – for example, they loving human beings with the instinct to help all those who are in trouble. But their actions must be followed with the audience even if their first impulse is to help immediately without asking too many questions.

Deep inside, below the surface, they are gentle and are looking for it in return when in love relationship (no matter how short or long it can be). They believe that they deserve love and that they will eventually find it, they never lose that belief.

What these people need is the time to adjust to their lovers, to meet their bad sides; and even then these people can be contradictory and don’t like to open fast, and in fact, they are longing for love, warm home, family harmony, beautiful living space and peace in life general.

Those people who celebrate their birthdays on the July 26 can be seen as people who like to do noble jobs, and are open to everything new, where they feel like they are going to show their talents and be the best.

These people can see the better side of things and people and can create as much less unpleasant events as they can, but only if they are on the road of achieving their, if not they are not so sweet.

In the company of others these people tend to laugh and be happy and cheerful, and in the club of their closest friends, they are kind and compassionate. When we look at these people realistically, we could say that their nature is simple, but they do seem to be easy to understand, especially in their careers. They can be difficult in finding what they want to do, and when they do find, people of the July 26 have grandiose expectations, that sometimes don’t come true. Undoubtedly, they have the talent to do a bunch of work, and they don’t want to be alone in all of that work, so they expect from all co-workers to act the same and take the same amount of responsibility.

Those who are born on this day can become a little bit nerdy with an inexhaustible source of energy.

Regarding their careers, these people will have several right positions that will be offered from others throughout life, but they will most likely achieve greater success on their own.

Persons born on July 26 are ruled by number 8 and are under the planetary influence of the Saturn.

Let us deal first with the planetary influence – Saturn brings effective impressions, a feeling of responsibility and a tendency to be cautious in life. These people who are born on July 26 because of this influence also tend to build their career gradually and carefully, and this is especially true if they have a strange relationship with money.

The combination of Saturn and the Sun, which is a sign of the Leo Zodiac sign, brings a strong intensity, but also a significant lack of true self-confidence.

The planetary connection Sun – Saturn signifies the eternal struggle of opposites, as well as life fluctuations, and this can be seen clearly in the life of these people.

Sun and Saturn can be seen as two opposites, and in a symbolical reflection on the life of these people, it points to a life struggle and possibilities that can be presented most beautifully. This combination ultimately provides guidance on how to reach stars as the symbol of desires through the pain.

Sun and Saturn also can show the ambition of the people who are willing to overcome their limitations, fears, various life experiences and difficulties to realise their full potential and reached a brighter and glorious future.

Numerologically looking at the date July 26 we could say that number 8 that can be found here shows a cold and inaccessible outward appearance, although they are compassionate people who are ready to help, but never to serve others.

Their number is 8, and their color is pink gold.

Many people do not like to think about past events and mostly concentrate on the present, considering that it is only essential for their growth. Still, how many things are happening to us, and it’s related to some of the events of the past? We will say many, and today we gathered historical events that took place on July 26.

811 – The Battle of Pliska, in which the Bulgarians are seriously defeated the Byzantine army of the Emperor Nicephorus I Genikand begin their long-standing domination over the Balkans.

1847 – Liberia, a state created by American slaves who moved to Africa, became the first independent republic in Africa.

1887 – Ludwik Lejzer Zamenhof has published the first book on Esperanto in Russian.

1909 – An attempt by the Spanish government to mobilise reservists for fighting in Morocco in Catalonia occurred and it has led to an uprising in Barcelona.

1950 – US soldiers during the Korean War committed a massacre of hundreds of unarmed refugees in the village of No Gun Ri.

1953 – Guerrillas attack at the Moncada barracks in the city of Santiago de Cuba.

1956 – Egyptian President Gamal Abdel Nasser nationalised the Suez Canal, which was controlled by an Anglo-French company.

1963 – More than 1,000 people have been killed in Skopje’s earthquake, and the city was destroyed.

1965 – Maldivian islands in the Indian Ocean, the British Protectorate since 1887, gained independence.

1995 -Peru and Ecuador agreed on a demilitarised zone of about 500 square kilometers in the Amazon border area, thus ending a one-month war.

The Astro-numerical story would not be complete if did not mention all amazing people that are born on July 26.

1678 – Joseph I, the German-Roman emperor, the Hungarian-Croatian and the Czech king.

1856 – George Bernard Shaw, a winner of the Nobel Prize for Literature.

These special people who are born on July 26, who belong to the Leo Zodiac sign, and who are affected by the planetary combination Sun and Saturn deserve a few more moments of our time.

They are very sensitive types of Leo Zodiac sign people who love generously without borders, but at first glance, they can be very calm, skeptical, unconcerned to others. Or they can seem like they are doing thing just for the sake of risk or for a show. It often happens that nobody like them and that they have to fight for their place in the world.

These people who belong to the July 26 use and give a significant amount of the attention. Most of the time these people are mentally convincing and dominant, and they are not trying to be discreet about it. They are energetic and do not give up so quickly of their ideas, and they love to do those kinds of jobs that other people cannot do because they possess particularly good physical and emotional strength.

If you humiliate representative of this date, underestimate them or exploit them in any way, you will get into great trouble because they will remember that event their whole lives and will only be ironically and coldly distanced from you.

Be careful with these people, because they have intense and dramatic emotions, mood, dignity, but an eternal quest for happiness ultimately drives them.