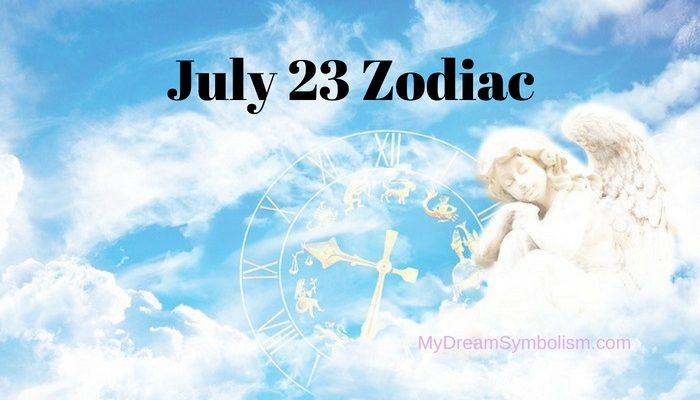 Astrology in the majority of countries is not officially recognised science (even if we all know that is the first established science in the world), and today we will not speak is astrology a science or not – we will focus on the astrological methods of interpreting personal horoscopes, natal charts, about Zodiacs, stars, and date of birth, as the primary element in this analyses.

We want to be practical and give answers to common questions, and to provide you with some idea about your birthdates, as well as to remind you of some aspects of your life that you have forgotten about.

Today we are focusing on a date July 23, and in this sense, we gathered all essential aspects that touch this date that is considered to be the border date in the Zodiac system of signs; it is the intersection between Cancer and Leo. Having said this, we must add that these people have characteristics from both signs.

Uncertainty and unpredictability is something that people born on July 23 are following all their lives – unlike stable Cancers, these people lean more on the Leo side, and it is the place from where that need for change comes.

Of course, things are never simple, and here we also have two types of personality – one that is more open and other that is underdeveloped. The more open and developed individuals born on July 23 manage to fight with uncertainty in both personal and professional relationships, they are winners cause they have that attitude that is affirmative.

The other group that is created from the individuals who are poorly developed they usually suffer from identity crises that come periodically, and in those times they are confronted with deep doubts about their values, and excessive criticism is also present. We mention once again that these people who are born on July 23 can fall or rise into the higher or lower category, all depends on other factors.

People born on July 23 are basically traditionalists (this is contributed to the Cancer Zodiac sign that is still active) no matter how their attitudes may be different, these people remain deeply in conservative values. Their behavior is sometimes opposite to these values, but in the end, they want a life that is in line with these values.

These people are known for looking into the past just so they can make the best plan for the future, and this is something that they will do to reduce the degree of uncertainty in life.

Also, the aspect that needs to be mention here is the element of spirituality that is always presents in their lives, for example, though the form of religion; but they don’t become extreme in some way.

People born July 23 have spiritual access to the world, and because of this their personal life can be closed and can remain hidden and not expressed in the right way.

Some representatives of this date can have a dependency on some things or sure people, and they owe this dependence to the constant suppression of feelings, that is so common for Cancer Zodiac people. 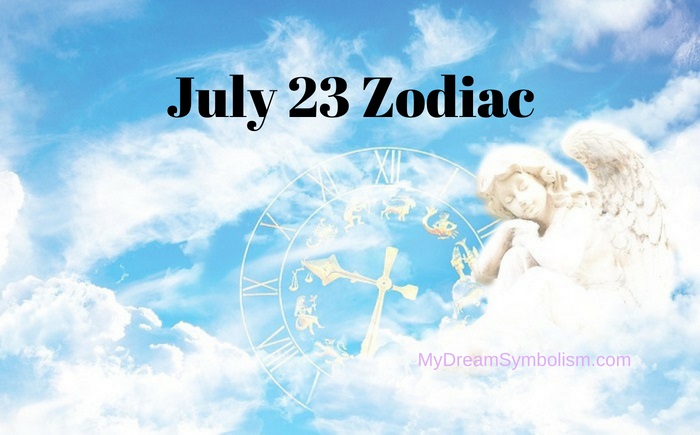 In this section, we will speak only about romantic relations that these people who are born on July 23 have, and the other wider part of love we will examine in other parts of this article.

Those who are born on July 23 are magnetic and can instruct others, their lovers to consent to your views, and as Leos, in one part of their personality; they tend to be dominant in love relations.

With so much expressed sexual desire, they always adorn heart warmth and aura of attractiveness. When you meet them in bed, they are creative and enthusiastic lovers who never miss the opportunity to try out a new pose, especially one that makes them look so incredible. From time to time they can be real egomaniacs, but in their own view of love and fidelity, their lover can sometimes forgive them for such behavior.

These people are charming and attractive, and have an unusual amount of strength and vitality even in maturity, making them attractive to the opposite sex. As long-term partners, these people are open, honest and faithful, they are not prone to cheating and can provide for their families and above all these people have loving and charming personality.

As one part attractive and seductive Leos and in another part as kind and family oriented Cancers, these people can be the perfect match of the two things; they can be kind spouses who never lose their seductiveness. Or they can be people who are overly focused on themselves, even in marriage and with kids that they created just for the sake of it, and not because the wanted to have that stability.

These people can be very successful if they work as social workers, psychologists, lawyers or doctors since they are good in feeling others feelings and can provide others what they need, and not what they want. Those who are born on July 23 are people who have experienced serious emotional problems have an insight into both the illness and the process of its treatment and have the great ability to help others – this is the best combination of circumstances and usage of them. Relations with people born this day can be extremely valuable and significant because of their emotional complexity, and they are, for example, those types of doctors who care for their patients truly and who emotionally attach to them. This is both good and bad at the same time, because it can destroy them from the inside.

In their work, these people of the July 23 rely on their strengths; they are determined and confident workers who like the variety of exciting new things and are never as happy as when they are somehow changing people’s lives.

What is recommended for these people is to remind themselves of the excellent motto that their goals are justified since they are doing well for humans in general.

Once these people bite something, nothing can keep them from losing that idea, especially if that idea shows their originality in various ways. Some say that these people have a right eye for colors so that they can be good decorators or designers (of anything). They have literary talents and are imaginative; since they are aware of the details, they are naturally good managers.

Undoubtedly, in everything these people do, they show their incredible mind, and what they need is their intellectual stimulus.

Those who are born on July 23 are religious, but not traditional in that sense, even if they live by those rules.

Those who are born on July 23 have an influence of the Mercury planet and belong to the number 5.

This is important to mention since planet Mercury represents the activity of thinking and the inclination to change so that these people may change their minds and physical environment from time to time; maybe more often then they want it. These people must realise that they are at risk of their rationality predominating with their emotions, intuition or feelings. Mercury, in combination with the Sun, which is ruled by the sign of Leo, brings even stronger reactions and violent changes in their lives.

But one more thing needs to mention here is that one small part of the Moons influence is also present, and it can be called the leftover of the leaving Cancer sign.

So, what we have here is the trio Moon- Mercury -Sun in correlation; and in this case, on the example of the people who are born on July 23, there is a much greater influence of the hot and active planets (Mercury and Sun).

From the numerical point of view number 5 is the number that symbolises growth and spirituality that can be developed in many ways, and can provide major success in life, and this could be seen in the life of the people who are born this day.

Their number is 5, and their color is beige.

History can teach us so many things in life, and we can find out that it is indeed one of the most relevant and most beautiful social sciences in the world. If we exclude the manipulation of history (as they say – history is written by the winners), this science tries to explore more objectively and present the human past. Today we are looking into a date July 23.

1759 – The Russians in the Seven Year War defeated the Prussian army, in the east of Germany.

1920 – French troops defeated the Arab army of King Faisal I, entered Damascus and consolidated their mandate over Syria.

1942 – German troops began its march towards Stalingrad, where one of the greatest battles of the World War II was led.

1942 – The gas chamber in the Treblinka camp started operating, killing about 6,500 Jews who were transported from the Warsaw ghetto earlier this day.

1952 – A military coup led by General Mohammed Nagib was executed and King Faruk I was overthrown.

1952 – The European Coal and Steel Community, was established in Paris.

1999 – Russian cosmonaut Sergei Avdeev set up, staying in the space station “Mir” for 712 days, a new record in an uninterrupted stay in space.

2000 – Lance Armstrong won the Tour de France for the second year in a row.

2014 -TransAsia Airways plane has fallen into a populated area on the island of Penghu in Taiwan during a forced landing. 48 people were killed.

Historical story or a lesson would not be enough if we did not mention people who are born on this day.

1973 – Monica Lewinsky, an American practitioner at the White House famous for her affair with President Bill Clinton.

There is one interesting thing that we could mention in this examination, and that is very important for the understanding of their characters.

Persons born in the period from July 22 to July 23, are born on the transition between Cancer and Leo Zodiac sign, are very sensitive, romantic, noble, with the tendency to be dominant partners, prone to extremes, but very successful. They never miss the things they are grateful for and know they are delighted and that they are going to be happy in the future and successful also.

Furthermore, they never lack friends, family members or fans who love and support them in every way; this is the sort of help these people genuinely need to progress.

They have this magnetic field in their bodies and those who are born on July 22 radiate wherever they are, making their environment even better.