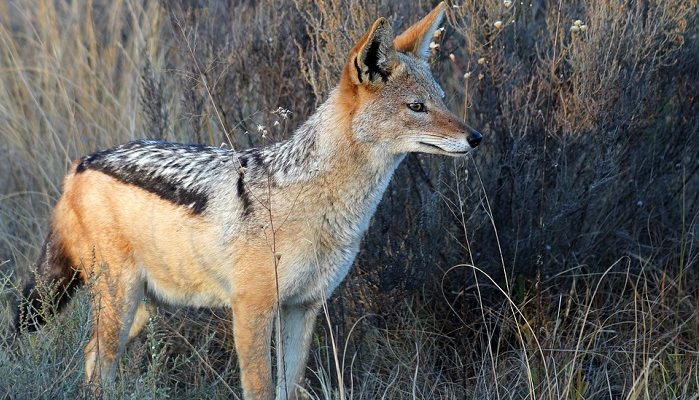 Jackals are several species of animals from Canidae family, similar to wolves and related to dogs.

There are three species, inhabiting parts of Africa, Asia and Southeastern Europe.

Jackals mostly resemble wolves by their appearance; they have long bodies and legs, pointy noses, somewhat shorter and thicker tails and larger ears.

Jackals are mostly crepuscular creatures, feeding on pretty much anything they could find. Although they are skillful and agile hunters, jackals will not hesitate feeding on carrion.

They also eat fruits and seeds.

Jackals are interesting Canidae family members, similar to wolves and dogs. There are three dominant species;

These animals share the same characteristics, so their symbolism and spiritual interpretations do not vary.

Beliefs about jackals originate from local societies in close relation with those animals, but jackals as symbolic motifs could be found all around the world.

Jackals in mythology and tradition

Jackals are present in many traditional conceptions and beliefs throughout the history and around the planet. They are usually portrayed as mysterious and cunning characters, similar to traditional depictions of their canine relatives, coyotes and foxes.

One of the most widely known mythological depictions of jackals comes from Ancient Egypt, but their symbolism is strong in Senegal, as well as in India and Pakistan. 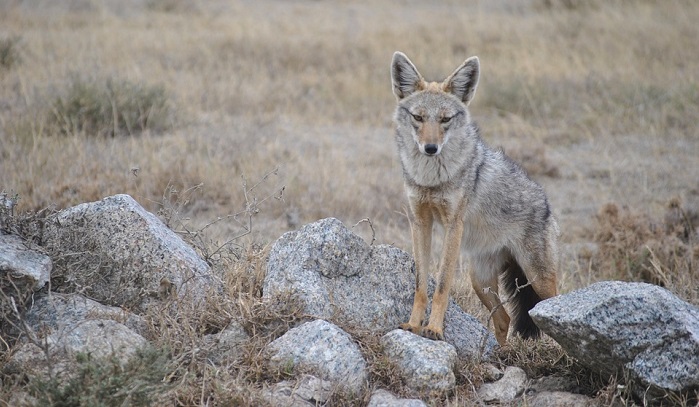 In Ancient Egypt, there was a jackal-god, Anubis. The name actually comes from Greek, because Greeks have found it hard to pronounce the original name, Inpw;

Ancient Egyptian god of mummification and afterlife was Anubis, the deity portrayed as a man with a head of a jackal. Jackal-god Anubis was the guardian of the dead and the main judge to decide whether a person deserved to pass to the afterlife or not.

Anubis’s head was that of a jackal, because those animals were actually associated with desecration of human tombs.

When the time comes, Anubis would weight a human’s heart against a feather, in order to see the ratio between that person’s sins and goodness in life.

In Greek and Roman mythology, there was Hermanubis, a strange jackal-god;

For Greeks and Roman, this was a deity equal to Greek Hermes. Hermanubis was worshiped in Cynopolis, the ‘city of dogs’. It was a bizarre deity, sometimes associated with Sirius and three-headed Cerberus.

People of Pakistan and India see jackals as symbols of bravery and solitude. They think of these canine relatives as lonely, but courageous animals.

They sometimes compare their courage with that associated with lions and other royal and grandiose animals.

For Native Americans, jackals symbolize transformation and trickery, which is an interpretation similar to that they have about coyotes.

Summarizing traditional beliefs we have mentioned, we could say these animals represent several main ideas.

They are intelligent animals, able to outsmart stronger and larger opponents to get the food. They are fast and agile, so they also represent efficiency.

Jackals live in couples, so they also represent loyalty. They could be seen alone, rather than in a pack, so they represent solitude, as well.

These animals are devoted to their partners and territory.

They would do anything to protect their area from other couples of jackals or from other animals.

These creatures are active at dusk and dawn, those mysterious and magical parts of the day, so they are often associated with sorcery and mystical forces.

Since they are omnivores and do not hesitate to feed on carrion, they are often associated with death and underworld.

Jackal totem is spiritually powerful one. Since these animals are associated with magic and mystery, but also intelligence, cunningness and bravery, they are great spirit guides and guardians.

You could learn a lot from your jackal totem, once you let it lead you. Jackal people are resourceful, brave, self-reliant and they love solitude.

However, they build strong and passionate relationships, they are loyal and friendly.

Jackal people have sharp minds and are very good in organizing their life. They rely mostly on themselves, but they would hear advices from others. However, you can never manipulate them; they are too smart for that kind of game.

Once they set up their goal, nothing could stop them. These people are analytical, tactical and yet, they are imaginative and creative.

They are skilful and love dynamic life, which allows them to express their creativity.

These people are passionate and loving. They care about their close ones and would do anything to protect them and save from harm.

When it comes to letting others into their life, Jackal people could act reserved and very careful. They need to really know a person, before they could think about any kind of relationship.

However, once they find their love or a true friendship, they are happy, loving and caring.

Those people are devoted, but not obsessed, loyal and kind. They do not restrain themselves of expression emotions.

Jackal people are fun to be with, because they are positive and joyful. They love to experiment and try new things and they encourage others to join them.

However, they are reasonable and would rarely do something that could threaten their life or that of their loved ones.

Jackal people are known to be courageous and to stand their ground, until they realize failure is imminent or that they have gone too far.

Sometimes, they get stubborn and they risk the greater disaster only because they did not stop when the time was right. They are brave and honest in their intentions.

If you are a jackal person, just see to not let your confidence push you off the limits.

Seek your inner balance and listen to your wise totem guide; it would not let your bravery hurt you.