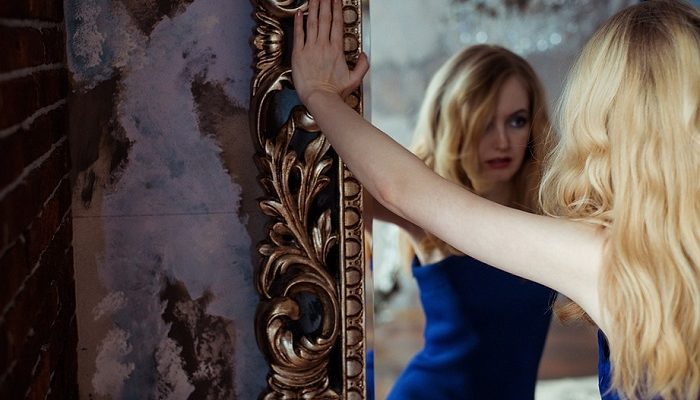 The mirror is one of the objects that we use every day, some of us love it, and others avoid it, from whatever reason. But the fact is that this object, sometimes in history, indeed has some form of magic in it, and we will explore if there is any truth to this claim.

Some say that it has been observed that it reflects not only a visible reality but also invisible energies that are all around us, or as we like to make things much simpler if it is possible, they can reveal the world that is beyond our plain sight.

Is it superstition or can we found something here that could give us the answers to what hides in our world?

Did you know that our ancestors were so superstitious when they wore mirrors bracelets to protect them from spirits?

Similar beliefs are preserved in the world today, and for example in Spain, particularly in villages, where children are placed on the backside of the mirror. In this way, it is believed that kids will be able to reject envious and evil views.

Now, the most common belief is the one that is related to breaking the mirror, and we will explore this good or a bad sign?

Today we know that the mechanism of the reflection of the energy that is in contact with a substance (it can be the energy of radio waves, visible light or X-rays) is the same: penetrating essence, this power, by complex processes, causes opposite emissions – transmission of its particles. That is the thing that we receive as a reflection from the mirror.

Mirrors are often used, besides their obvious purpose to see our appearance, to defend against so-called ‘energy shocks’ – they can damage the residents’ energy (the ones that live in that home with the mirror), destabilize them, and even cause disease or other serious problems. Such flows should be locked, that is, neutralized, and this is the danger if you broke the mirror, you release that energy that can harm you and your family.

It is said that mirrors can reflect the dangerous energy of the so-called another world, and if it is directed toward the bed, then these energies to which man is most sensitive to sleep, radiate on the lips. If you do not have the ability to move the mirror, then it should cover it overnight – in many cultures, mirrors were covered by night.

At all times, all people had a serious and most cautious attitude towards mirrors then toward any other object in the house, and there is a good reason for it. For example, in many countries, there is a belief that a child, before turning one, should never look at a mirror.

Otherwise, it will suffer various troubles later in life, and this belief is even more expanded in other countries. 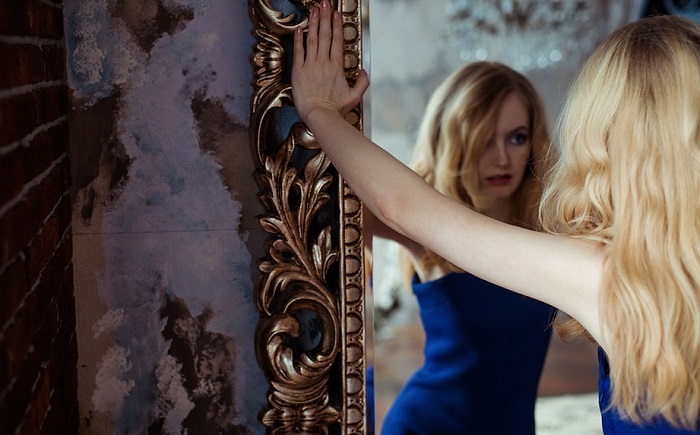 In Europe, for example, it is believed that it is harmful to look at the mirror in the midday or artificial lighting. In Sweden, they believe that the girls who are looking in the mirror will become unattractive, so this is the process that should be avoided by all means (if you want to be pretty).

In Germany, mirrors are completely hidden from the house in the last periods of pregnancy, because it is believed that leaving them represents bad luck.

But we could not help but wonder, and maybe this is not just a superstition? Maybe scientist has worked this thing, and provides us with the answers?

Scientists say that the optical surface of the mirror not only provide a reflection, but also a partial (around 0.01 piece) consumption, which means that it stores the energy that radiates on it, either good or bad. There are claims that everything mirrored by the mirror can be emitted so that it works on our subconscious mind.

Perhaps it was always considered a bad sign to break the old family mirror: as an old member of the family, it helped all households with their good, family circulation.

Mirrors have been seen since people discovered them and started to use them, as the symbol of wisdom, morals, creative power, divine intelligence the object that can reflect the truth, sincerity, and knowledge, but also beauty, and innocence.

It is the symbol of the Luminaries – the Sun and the Moon. Mostly it has been connected to the Moon and the Human soul. Like the Moon, it reflects light from the Sun. And the light represents illumination, enlightenment, awareness and wisdom.

Thus, the act of breaking and falling of the mirror suggests the recent death of a particular person – this is the reason why people all around the world are scared of breaking the mirror.

Now, in the version where the mirror is broken in the hands, then in the near future, a disappointment will come from a loved one.

If a mirror fell from the hands of an unmarried girl, she would not be married in the next seven years. To avoid this, it is important to assemble pieces of the broken mirror and buried it under the tree with a woman’s name written on the piece of paper.

Another belief is that the mirror in the house should not be hanged so that it cuts its heads of a family member (the one that is tall or short) as it can cause the headache of themselves.

There is a common belief that you can watch evil beings thought the mirror, that is in some way, a passage into the other world, but that is the safest way to look them through the mirror. One scientist even said that if you are afraid to watch ghosts, try to look at them over the gardens or with any surface that has a reflection.

Throughout history, it has been used extensively for magical purposes – even today some believe that it can display representations of situations that happened in the past or those of the future, as well as events from distant places in the present.

Some say it can be used to predict the future, directing it towards the Sun or Moon, which they also consider mirrors reflecting everything that is happening in the world today, and that not many people have this ability to do.

And now the most common part of these beliefs – it was thought that a mirror could capture the soul, and no one wants to give its soul or to break his soul into small pieces.

So, if you break the mirror, two bad things can happen – first is that you will be followed by the bad luck for seven years, and the other is that some evil spirits were caught behind the glass. The belief that the broken mirror brings difficulties arises from our ancestors, which is still relevant today, whenever this unusual event occurs.

You all probably heard about the story that a broken mirror brings seven years of an accident. This belief dates back to the Roman times, who considered that life is being rebuilt every seven years and that the fracture of mirrors influences the life of the soul that is being restored at that time, and during that time.

The belief that the mirror is a projection, apart from the screening of one’s physical appearance, is the same as the projection of the soul -so, in this version, breaking the mirrors is in fact rupture of the soul. The soul, now severely damaged, is unable to protect its master from bad luck, so if you have wondered is this a good or bad news, definitely bad news.

There is even the notion that such a deserted soul seeks revenge for the one who is accountable for her injuries, and that vengeance can display in the form of a loss of a friend or the death of a close person – this is the version that scares us the most. We are sacred that we could lose someone we care for.

How to reverse bad luck from breaking a mirror?

Now, we wonder, are there is any way that we can reverse bad luck from breaking a mirror, and live happily again?

There are many ways to do so. And the first step is to turn other mirrors in your house, from enemies to protectors.

You just need to turn them around with the dark side towards you – evil souls would be scared and run away as soon as they were seen in the mirror. In this way, all negative things that will look at you thought the mirror now will be able to look at them – when they encounter their own reflection on the surface of the mirror.

To alleviate the misfortune brought to you by the broken mirror, there are many ways to do so. Some burry the mirror into dust to destroy the possibility that it would reflect any images, some sank in the water and held for seven hours the remains to wash off all negativity, after which they would be thrown.

Throwing the mirrors by moonlight, breaking into the most powerful pieces, or throwing in running water, is also one way of getting rid of “bad luck” that the broken mirror carries.

The most extensive ritual is collecting mirror remains, trying to avoid the reflection of one’s own character and throwing away from home.

There is one additional thing that you could do – you can gather the remains of the broken mirror into the black bag and after tying the three knots on the bag, the mirror is cast or buried away from home. When the cuts are delayed, wash your palms with water and then spray them with holy water to be sure that bad energy is far from you.

There is no doubt that these objects have the symbolic meaning from ancient times wrapped in magic and mysticism, are an integral part of various myths, legends and stories, religious concepts, images, the expressive medium of art, the subject of everyday use of versatile functionality and meaning.

Mirrors have the ability to reflect not only neutralizes dangerous radiation from the depths of the Earth, but they also reflect the useful energy that comes from the Cosmos.

In some ways, the self-immolation of incoming and rejected power comes to mind. So, usage of the mirrors is not an easy game, but it can come handy, in times of need.

These objects certainly have the power, and they have the ability to turn something that is invisible into visible – we can all agree about this. The mirror allows us to see only what we cannot see with our own eyes-your face.

The mirror gives us a reflection of our identity, looking in the mirror, creating a large part of the picture of ourselves, giving us the chance to see ourselves from the outline, from the other angle.

They continuously reflect the results of ideas and activities of the inner self-evaluation processes.

Now, in the case when the mirror is shattered to pieces, it is not a bad idea to follow some of our advice, it would not harm.