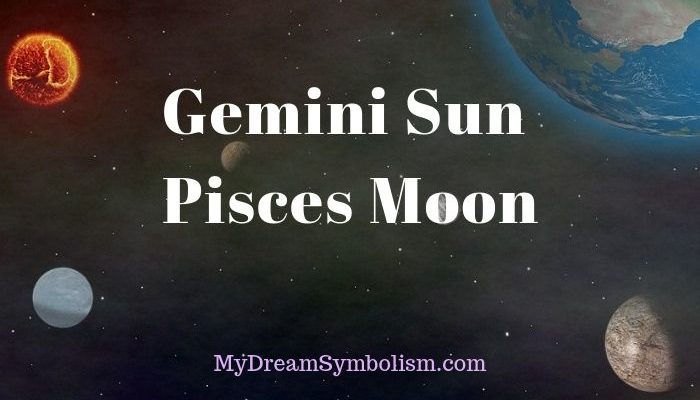 When the moon is in the sign of the Pisces and when the Sun is in the Gemini sign, we can be tempted to evade reality. We must avoid falling into insane escapism through alcohol or drugs. Use the mystical wave to practice meditation or do yoga.

Any practice that allows you to tune into higher levels of consciousness without damaging your body for it is fine.

This is also an interesting combination of signs, because they are different in their energies.

There are people who reach this state of semi trance through artistic activity. Do you like to create It is time to give expression to everything you have inside.

Try not to fall into nostalgia and get the most positive part of your dreams and illusions. Soon the moon will be in Aries and you will want to take action.

Within astrology there are many forms of analysis, there are the simplest and others very deep and complex. One of the most important aspects in the analysis of the natal chart is related to the moon. The moon represents the emotional world of a person and is associated with the mother and the world of childhood in the maternal aspect.

To interpret the moon and its influence on someone, its position is taken into account and if there are other planets that “aspect” it, also in which house it is.

The position like that of other planets is calculated by means of the astrological ephemeris, to do so you have to know the date, time and place of our birth. When we talk about the position we mean the sign on which the moon was at the time of our birth.

This gives the special characteristics of each person as regards the affective. When someone has, for example the moon in the sign of Pisces, it means that at the time of the person’s birth the moon was in that sign.

With the Moon in Pisces we have days to forgive, understand, accept and let go. It is not a time to confront or stand up, what we have to do, rather, is to reconcile ourselves with the absolute absence of resentment towards the other.

People with moon in Pisces are dreamy, idealistic and very romantic. They have a very developed sense of perception, in such a way that it is sometimes said that they possess psychic qualities. His intuition is amazing; automatically tune in to the moods and thoughts of your interlocutor. 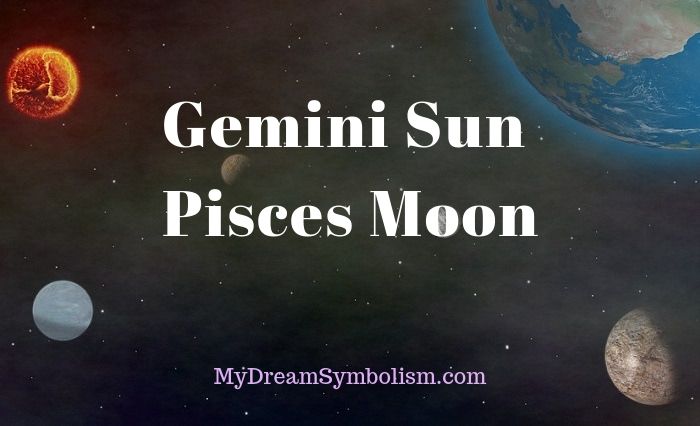 Because of this extreme sensitivity they possess, they sometimes need to retire and flee to a safer place. Your pain is their pain, your anguish, they make it their own … Sometimes it is much more than they can bear and disappear.

His way of facing reality is to avoid taking advantage of the currents. Don’t blame them, it has to be very complicated to feel so intensely.

It is a very dreamy moon, terribly sensitive, with the fantasies to the surface, and with great mediumistic capabilities. Some babies who received anesthesia through the mother (anesthetized), then do not tolerate anesthesia by birth memory.

The Pisces Moon has some orphan characteristics, it resembles it, although this abandonment is not true, it is not real, since once the mother is born it creates a very symbiotic bond with the boy, although the child unconsciously receives a feeling of abandonment.

Sometimes abandonment is real because of some kind of death. Other times there is an abandoned family environment or illness and this drags the feeling to the child. Family Pisces related to medicine or religious mystical reality is also common on the Moon Pisces.

Having this abandoned record, the boy misses the mother in his early childhood, and replaces it with someone around, alternates appear.

The Pisces Moon feels that it bothers her to belong to the school, but at the same time she needs it, she tends to leave the school, to differentiate herself, but the family does not allow it and she continually returns it to the school.

During the pregnancy of the Pisces Moon, her mother has idealized the issue of motherhood, but with the perception that “it is too much”, that it exceeds her feeling. As if to say: “It gives me one thing to be pregnant.” All Piscean energy is a conjunction of Neptune, Jupiter and Pluto.

In the case of the Moon there is an identity without contour, not only the mother, the child feels no limits. It is typical of the Pisces Moon that the mother has been anesthetized during childbirth, anesthesia has to do with Neptune (drugs, alcohol, everything that numbs consciousness).

In their adulthood these people feel that the world is a very reliable place and they will risk doing everything they dream because they live delivered to the environment.

These people always feel in line with what happens outside and above all identified with the suffering of others.

For this reason they assume the attitude of protecting others and putting themselves, in some way, at the service of others.

This makes them emotionally feel full because they will always find someone to protect. Thus the moons in Pisces are very dear people, because they know how to see the need of others and know how to protect and give others what they need.

You may also overprotect your child and the child will be immobilized before a mother who considers the relationship with her child as something special.

As a counterpart to this somewhat negative aspect, we could say that the mother of the moons in Pisces can feel and identify with what is happening to her son and anticipate his needs, which makes the child feel fully cared for.

In this ancient science the position of the stars is interpreted and according to their location in a natal chart the energies that influence human beings are evaluated.

As we said at the beginning, the mother is closely related to the position of the moon. In this case the mother of a moon in Pisces will be a mother who gets very involved with what happens to her son, to the point that it can be a bit invasive.

In this case the mother does not invade because of a need for control, but because she feels that her son is part of her, as if her son or daughter were a detachment of her conscience. This will make the mother very important but also very oppressive.

So things may not have children because they believe they or they can be the mothers or fathers of many people.

This attitude can bring some relational problems because in some cases they can interfere in the life of others in order to want to help. When they find “helpless” abroad, that’s fine, but when they find people who don’t want to be helped, they can have problems.

Of course, you always have to compare these characteristics with the other elements of the natal chart, especially with the sign and the ascendant and with the different aspects of the moon.

It is also worth highlighting the ability of these people to enter into mystical worlds that make them true helpers and provide great services to others.

The Pisces Moon permeates everything, feels that it invades everything, the mother / child relationship lives very symbiotically.

They usually have a very strong Uranus, and fate often brings them many trips to be able to cut that umbilical cord with the mother, although they find it difficult to cut from the psychic. The stronger the symbiosis, the stronger the rejection of the child throughout life.

There is a kind of indissolubility at the astral level in the bond, which makes everything that the mother feels, or thinks, or perceives or craves, everything she fears; The son feels it as his own unconsciously. It is a game of rejection and adoration with the mother. There is a type of choice to sublimate and continue shaping those maternal contents that it could not perform.

Some of these souls have to be the lamb of family sacrifice (the martyr) and save this mother from debts or karmic weights. It’s a homework. They are living what the mother could not live.

The important thing for this to take off is to put distance from reason, using the Virgo Moon, the word, asking the mother to tell her fears, her desires, what happened to her.

Taking care of his auric porosity with whoever he is, his relationships, because he tends to do the same process, he repeats what he did with the mother and impregnates himself with the Karma of the other, “I wash the sins of the other”, it is as if through them others will be released, but they are contaminated by the negative energies of others.

The Pisces Moon is unconsciously invasive because it is of “collective emotions”, they feel what everyone feels, they don’t listen to themselves, but they listen to everything else.

On this Moon the unconscious is as outcropped, overflowing, they live more in the unconscious than the common, although the risk is to create a pink bubble to live in a state of fantasy combined with realities many times they escape in their world of fantasies (good or bad) and again appears confusion and clutter.

In love they are handled in a similar way as they do with other emotional issues.

The moons in Pisces many times may not be very clear about the difference between a couple and other relationships, it is not that they confuse, but that they believe that love is to give to everyone and that it should not be closed to someone specific.

In this way the moons in this sign usually have many couples, but unlike the moons in Aquarius, here it is not because of the power of variety and trying new things, but simply because they cannot refuse to give when others ask.

If he falls in love he will do it with someone who gives him depth, because these moons love the deep. They are likely to love more for the inner aspect and goodness that someone may have than for their outer beauty.

For this moon, ethical values, imagination and spiritual depth are very important. For this reason they will be seduced more by the spirit of someone than by their physical appearance or their money and social position.

If you have a partner, you are likely to do some charity together to help other people.