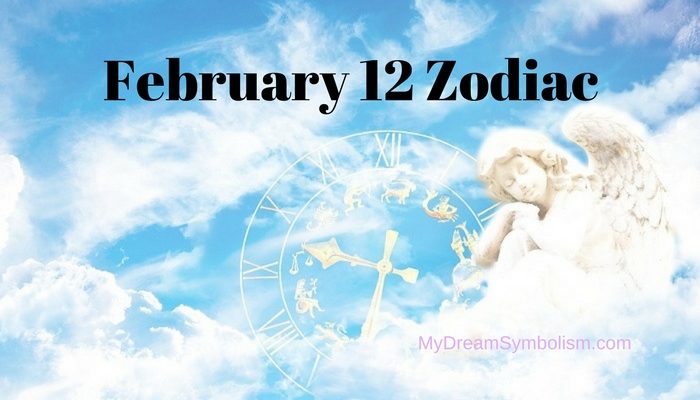 In order to look deeper into the world of Zodiac and its signs, we will go deeper into the human past – and by doing so, we will come across a paradox that is contained in the very root of astrology and its meaning: Astro (means star) and logos (means science); hence the definition that astrology is actually a science about the stars.

If we look back into the ancient times, this was acceptable because astrology was inseparable from the science of the astronomy, and someone who dealt with astrology was not called astrologer but an astronomer.

So, we could say that astrology is the science that contains a little bit of every known science.

In this article, we will discuss all things that are important to the birth date – February 12.

Unlike many Aquariuses, these people are adorned with the peacefulness, patience and (usual) non-destructiveness – these are the features that mark most of the people who are born on the February 12. They are also almost always inclined to philosophy or higher order thinking, and often find their occupation in some branch that is connected to this aspect. If not, this is how they spend their free time.

They are humane and refined individuals, they love music and in general, all the arts without exception, if they don’t work in the art department, they will enjoy doing art as a hobby. They need to show their creativity in one way or another.

Internally, these people who celebrate their birthdays on the February 12 are reasonable and thoughtful; they are those who are real, unlike most of the Aquarius signs that are prone to the imagination.

They have a good memory, clear notions of life and right facts – they know life well and all of its aspects, they can be great friends and give good advice.

Above all, people of the February 12 are those who love to work, and by this, we mean all types of mental or intellectual work -this is something that is exceptionally pleasing to them, and they can be workaholics. Nevertheless, people of the February 12 love power and dignity; above all they like reforms of all kinds, and continuously operate with progressive, but revolutionary ideas. They are generous, kind and noble people who expect from the world to understand them and to accept them, which doesn’t happen. In a way, they are personalities, sometimes a bit strange to the environment, but they can be exceptional friends. They have literary skills and inventive spirit. 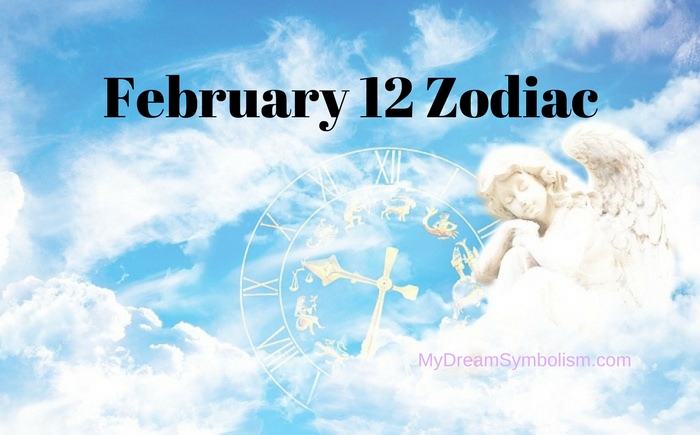 With these people, you can expect unexpected things to happen -in the world of love, people of the February 12 are the people who like to shock, have a cosmopolitan viewpoint to love experiences, and a revolutionary and inventive mind with modern insights. They like to gather experience and are interested in what is new and advanced, and what is modern, why not.

Potential lovers see them as an idealistic, unconstrained and rebellious spirits, and they are not good partners for everyone – not everyone can deal with their character. Some people describe them as independent, original, unusual and somewhat crazy in love. They are ready for the unexpected actions, be sure about it. Since they are the people who have their unique interests and habits and they certainly need a partner who shares those interests – and in this case, similarities do attract, not the opposite.

People of the February 12 are those who are attracted with the intellectual companionship with those who are also rebellious and free spirits like they; they enjoy interesting and stimulating conversations with those whose opinions and attitudes different from the views and beliefs of most people.

But no matter how these people are great lovers, they cannot be called romantics in the real sense of that word, practical action and orientation towards the realisation of effective communication and emotion is necessary.

All of this doesn’t deprive them from being great partners and lovers, eventually parents, they know how to love, no doubt about it.

These people are blessed with excellent organisational skills, and with it, they are the carriers of the new thoughts and new methods of communication, with original ideas that can be used in science, literature, education, computer technology, journalism, and television. Every field of the work can be their field where they can show all of their skills; they are the true workers who prove their value with hard work and commitment.

They need to achieve freedom of their existence that could be reached by living with their principles; people of the February 12 are those who want to change the consciousness and destiny to entire generations and humanity.

But they cannot escape from their nervous characters, which prevents the realisation of ideas. In those situations, they can be confused, eccentric and impractical, with poor relationships in work environment.

People of the February 12 are, as all Aquariuses, under the influence of the planet Uranus that is responsible for the rebellious and intellectual nature that these people have. They are the carriers of the change and alterations in the world.

Their birthdate is 12.2 that symbolises good opportunities in life and the need to find the purpose in it, or it can go in the wrong way. They are designed to achieve greatness through sacrifice symbolically.

Their colour is green, but the green that is incredibly dark and almost swampy.

We are all though that the history is the mother of life, by looking into its lesson we will make our future much better.

1733 – English James Obturator founded Georgia, the 13th colony of the British Thirteen Colonies, and its first city of Savannah.

1812 – Elbrus Jerry tapped the electoral law in Massachusetts, and in doing so introduced this form of electoral engineering known as gerrymandering.

1818 – Chile formally declared independence from Spain under the leadership of General Bernardo O’Higgins.

1825 – Shouts surrendered to the US government of their last land in Georgia under an Indian Springs agreement and migrated west.

1832 – The Pacific Island Galapagos belonging to Spain merged with the Equator, but Spain was not interested in the islands and did not offer any resistance to the annexation.

1855 – The State University of Michigan was established.

1899 – The German Empire purchases from Spain the island of Carolina, Mariana Islands and Palau in the Pacific for 17 million marks.

1909 – The National Association for the Advancement of Colored People, one of the oldest and most influential civil rights organisations in the United States, was founded.

1912 –  The last Chinese Emperor Puy abdicated, from the Manchu dynasty, China became a republic and the first president of Sun Jat Sen.

1924 – A New York concert was held under the title Experiment in Modern Music, where jazz orchestra Paul Whiteman premiered Rapsody in the Blue George Gershwin, a work that is considered to be the beginner of “symphonic jazz”.

1953 – The USSR suspended diplomatic relations with Israel after the bombing of the Soviet mission in Tel Aviv.

1961 – It was reported that members of the separatist movement Katanga killed Prime Minister Kong and national hero Patrice Lumumba. The exact date and circumstances under which the kill was never discovered.

1973 – North Vietnam during the Vietnam War freed the first group of American prisoners of war.

1974 – Russian writer Alexander Solzhenitsyn, Nobel Prize laureate in 1970, was arrested in Moscow. The following day he lost his Soviet citizenship and expelled from the country. After two decades of emigration to the United States, he returned to Russia.

1979 – In Rhodesia, 59 people were killed in a passenger plane “Er Rodezija”, which was shot down by guerrillas.

1993 – Former President of Mali Musa Traore and three officers sentenced to death after being convicted by the court of mass murders in 1991.

1999 – The US Senate acquitted US President Bill Clinton on charges of perjury and obstruction of justice, which ended a year after the “sexual affair” with Monika Lewinsky and escaped imprisonment.

2000 – Poland, Hungary and the Czech Republic, the first of the former Warsaw Pact members, joined NATO.

2001 – Space Shuttle NEAR Shoemaker descended on the surface of asteroid 433 Eros. It was the first spacecraft to land on an asteroid.

2002 – Pakistani authorities arrested extreme Islamist Ahmad Omar Saeed Sheikh, a British citizen, who is the primary suspect in the abduction of US reporter Daniel Perl, who reported for the Wall Street Journal.

2003 – In the clashes between the army and rebel members of the police and other protesters during a protest in La Paz in Bolivia, at least 30 people were killed and 160 injured.

If you celebrate your birthday on the February 12 take a look at the famous names that share your birthday, maybe you will find many similarities.

1809 – Charles Darwin, a British naturalist and founder of the Theory of Evolution.

Free, different and defiant ones, the heart of this person is hard to conquer, but when it is you get the whole world in the palm of your hand. They are very happy in social relations, talkative, interesting and able to leave a very impressive positive impression on people around her. It has many friends or a wide range of interests, it is a benevolent, but it does not belong to a group of people who fall in such a fast and easy way. For this reason, they often give the impression of an emotionally cold, hardly conquerable and unattainable person in love.

They are the people who insist on independence and liberation from the authority imposed by the family and the country they live in. They can at times leave their homes, family or country to live freely all around the world.