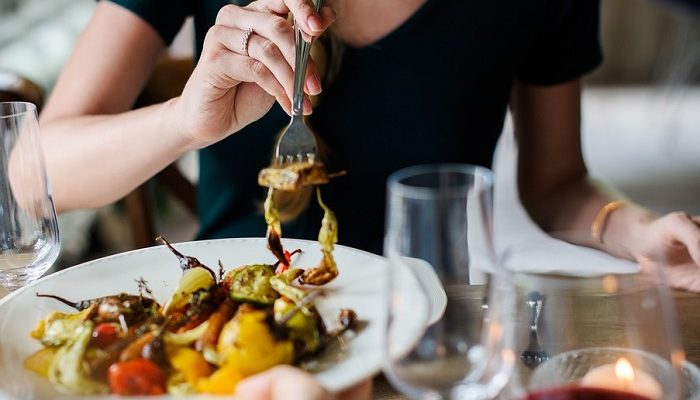 Eating food often plays a role in the dream; this can be an indication that the dreaming is missing a basic nutrient or feedback in life. In the dream food is generally for need of satisfaction. Food can occur in the dream as a physical signal, if you are actually hungry, – then sleep should be seen by the apparent satisfaction in the dream.

Often dreams with meals occur also during slimming or fasting period as well as in people with addictive eating disorders (anorexia, eating-refractive addiction) and point in the last cases to the psychological background, which can be analyzed but usually only by the therapist.

Meaning of the dream about eating

In a figurative sense, food can stand for the incorporation of experiences, insights and spiritual values. Depending on the circumstances, food can have the following meaning:

A dream of food can be considered a good sign, especially if you ate and were full. The quality of the food and drink in the dream and your feelings towards them are important for the interpretation of your dream. For example, a dream in which you eat leftovers can show that you are living from the bare necessities.

Think about the quality and quantity of the ‘ingredients’ of life that can enrich your real life and how they can be improved.

A hearty meal or delicious snack consumed with enjoyment can reveal a deep sense of contentment with your life. It may also indicate the belief that good times are ahead or that the foundation has been laid for future profit. Dreams of heavy food such as cream sauces and chocolate should be signs of extravagance.

How did you feel while eating? Did you feel guilty about quality or quantity or did you enjoy eating?

Insatiable eating or drinking can express the ‘starving’ side of your personality, reflect unfulfilled needs, and perhaps convey the feeling of being on your own or unloved. Such dreams can also highlight the fear that current good times can be short-lived and must be enjoyed while it is still possible. Eating plenty of food quickly alone often indicates possessiveness and lack of compassion for others.

Poor food that does not taste can indicate that you have little success that you cannot rejoice in – sometimes guilt is expressed in it. Childhood comfort can be a longing to return to simpler times.

Invitation to dinner should point to impending trouble. If the dream is that he does not eat or refuse to eat, it indicates a lack of growth and change, that is, something in our lives that needs to be overcome. Maybe the dreaming tries to get away from other people.

Eating meat in a Dream 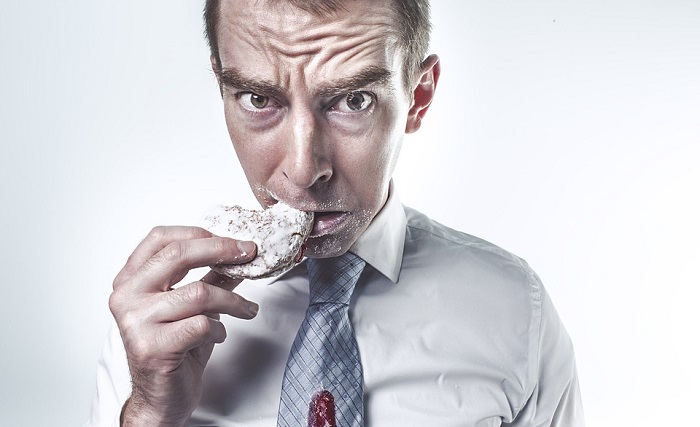 The flesh in the dream is almost always a symbol of material, physical, mostly sexual needs and energies. It can occur as a body-related dream content that indicates the real need for meat – this happens, for example, when dieting and vegetarians. In the interpretation of the dream, it depends very much on whether the meat is seen in the dream in the raw or cooked or fried state. Meat dishes are often synonymous for a good diet or even for a feast.

However, the interpretation of this dream symbolism may gradually change under the influence of the meat quality. Surprisingly, some vegetarians also dream of the flesh in a positive sense, indicating that the language of our unconscious reacts much slower than our conscious evaluations.

According to the accompanying circumstances in the dream, the following meanings can be behind it according to many interpretations:

Aversions for flesh can represent the rejection of sexual needs up to disgust at itself, while the strong desire for meat indicates that one needs to pay attention to its internal needs. The disgust for flesh indicates deprivation, abstinence or over-saturation and aversion. When it comes to raw meat, it expresses passion, power and potency, or at least the desire for it. If, on the other hand, the meat is prepared appetizingly, this is a sign of the refined enjoyment of the dreaming.

If you feel a great hunger or appetite for meat, you have a strong instinctual desire. Anyone who eats it lacks spiritual food; something is missing out on him. Green meat can symbolize corruption or decay.

Experience teaches that the consumption and preparation of meat, except for a few restrictions represents good nutrition. But sheep meat is an ominous sign to everyone and announces mourning in their own family (because sheep mean nothing but humans), as well as beef because of its toughness, – this also means low business income due to its low purchase price, – slaves are threatening because of the belts and the ox’s torture torture.

Goat meat generally indicates salvation to people who are at sea in a storm, and all other bad business – the former averts the dangers by sacrificing animals of the storm tide (pun: chimaira = goat and cheimon (spoken chimon) = Storm), the latter brings it only small income because of the bony flesh. The cheap for everyone is pork, and quite rightly so. For no one has any benefit from a live pig, but if it is slaughtered, its flesh is tastier than that of the other animals, whereas the latter are of greater value alive than if they have been slaughtered.

These dreams symbolize prosperity and success announces themselves in the form of large loaves of bread. Sometimes bread also demands more modesty. Only old, hard or moldy bread announces emergencies, from which one will find out only with great difficulty again. Bread and loaves can also mean a beloved human body that you would like to own for yourself.

One also has to observe which sexual forms have small breads. If bread is shared with other people in the dream, then the ability of the dreaming to pass on basic experiences is presented in this way. If you see other people eating bread and you are hungry yourself, you envision everyone for their success or their social position.

If you bake or eat bread yourself, you will succeed in everything you do. Bread is a symbol of life itself and can also be a necessity to share with other people. It is the symbol of our essential food in all cultures.

If you dream to eat your usual bread, and then bring the blessing – it is appropriate for poor gray bread, a rich white bread. In the opposite case, one has not only not good, but even evil to face, – because white bread shows poor disease, brown bread the rich deprivations. Barley bread brings all luck, – for according to the legend this was the first food, which the gods gave to humans. Wheat and barley flour are the same as bread, but to a lesser extent.

Generally it is interpreted as fruit. Vegetables have everything to do with a healthy diet. Inferior meanings are as follows: Vegetables, for the enjoyment of which the breath smells so especially garlic and onions, show controversy.

Something will be revealed without the dreaming wanting it, and an acquaintance or friend will feel hurt by it. Vegetables such as peas, beans, carrots indicate revenue.

Since ancient vegetables and flora were seen not only as symbols of vitality, food, abundance, fertility and resurrection, but also for the survival of life in general. In the dream, vegetables can be used as symbols for elemental emotions. Not entirely by the hand one may have the possibility of a sexual allusion, which often results from the form of the respective vegetable variety.

Some vegetables, like some fruits, point to female or male genitalia. The cultivation of vegetables, reminiscent of certain parts of the body, gives hope for sexual pleasure.

Even the cultivation of such vegetables points in this negative direction. But there are also other possibilities of interpretation: e.g. an allusion to eating habits – maybe you do not eat enough fiber, cereal products and green leafy vegetables. If you cook veggies too long in a dream, it could mean focusing too long and too much on a problem or overusing a relationship in the sense that it becomes too tight.

The symbolic importance of individual vegetables was never as pronounced as the associations with certain fruits. Therefore, one must think over all possible references exactly, before you conclude beans, potatoes or cabbage in the dream for yourself.

Cabbage e.g. is a related to childbirth in some European countries because children are told their babies are born from cabbage. The way beans and peas rise to the sky, or the fact that root vegetables grow underground, can be significant, possibly an allusion to aspiration and ambition or laborious thoroughness.

Cooked or prepared vegetables may mean something other than raw that may represent new ideas that are developing or simply offering, growing and caring for one another? Any vegetable that causes a foul-smelling breath, when eaten, brings out the hidden, and arouses hatred against the occupants of the house.

The vegetables that are peeled and eaten raw show damage due to the drop in shells, such as the lettuce and others of this species. Artichokes, because of their spines and sharpness, mean pain and loss of earnings, because the plant has no nutritional value.